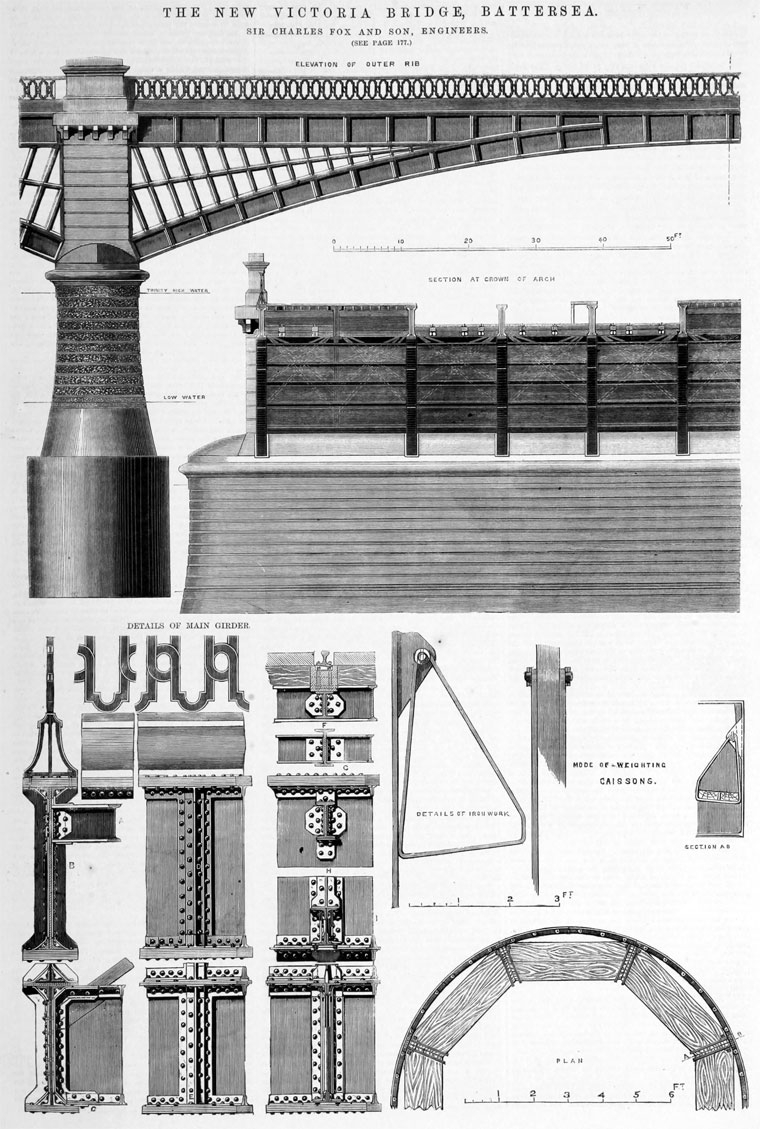 1860 Fox formed a partnership with his two sons, the firm being known as Sir Charles Fox and Sons.

1865 The company also experimented with components for suspension and girder bridges, with Fox reading a paper before the Royal Society in 1865.

Fox and Sons engineered the complex scheme of bridges and high-level lines at Battersea for the London, Brighton and South Coast Railway, London, Chatham and Dover Railway and London and South Western Railway and the approach to Victoria Station, London, including widening the bridge over the Thames.

1874 The firm remained solely a father and son enterprise until Sir Charles' death in 1874 at which point Douglas became senior partner of what was now Douglas Fox and Partners. At this stage Douglas' brother Francis also became a partner of the firm.