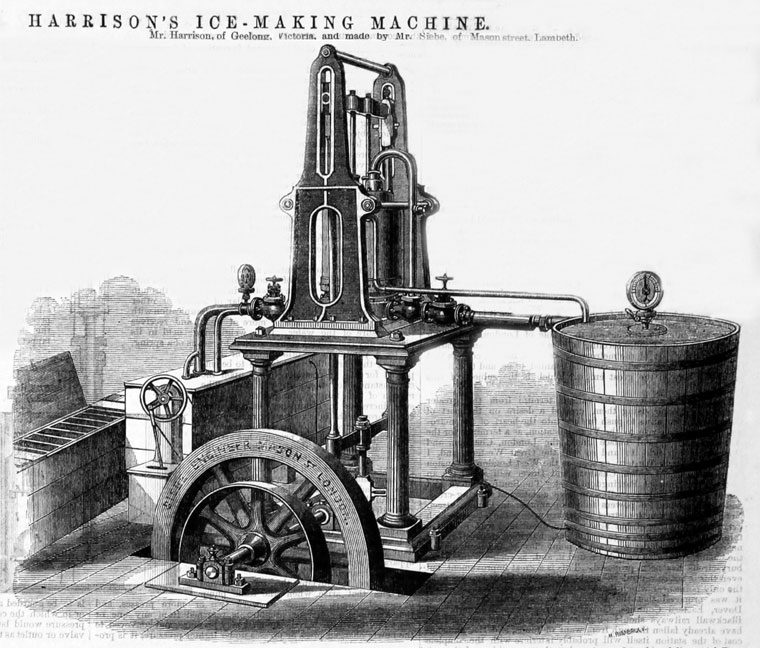 After leaving the army at the end of the Napoleonic wars he moved to England where he worked for Garrards of London, the royal jewellers, and then as an instrument maker. After a brief period as a manager for an engineering firm he set himself up as a watchmaker and silversmith at 145 High Holborn.

1819 July 11th. Augustus Siebe married Susannah Glidden (1796–1856) and they had six children of whom his second son, Henry Herepath Siebe, together with his son-in-law William Gorman, succeeded him in business on his retirement in 1868.

1823 won the Vulcan medal from the Royal Society of Arts for an improved screw threading tool.

1827 Charles Anthony Deane, who had invented a smoke helmet for use in firefighting, commissioned Siebe to make up a few sets, and the design was very soon adapted for use as a diving helmet, developed in conjunction with Deane's younger brother John Deane.

1829 After some success with inventions and in business, Siebe moved to larger premises at 5 Denmark Street, Soho. Among his products was a rotary water pump, which was a great financial success, and the world's first dial weighing machine. Siebe later manufactured under licence the Australian James Harrison's ice-making machine, which worked on the ether principle.

1830 The Deanes and Siebe collaborated in producing a complete diving apparatus kit, which consisted of a beaten copper helmet with windows fixed to a corselet. The ‘closed helmet’ incorporated a loose flange sealing the dress to the helmet around the edge of the corselet, a modification devised and given freely to Siebe by George Edwards, the engineer in charge of Lowestoft harbour.

1840 Siebe supplied a few suits to Colonel Pasley of the Royal Engineers, then engaged in removing the wreck of the Royal George in Portsmouth harbour. This recognition firmly established "Siebe's patent diving dress", despite Siebe's having no patent. The apparatus was greatly improved by the provision of a two- or three-cylinder pump of his own manufacture, instead of a bellows.

1851 Exhibited at the Great Exhibition: a fire-engine pump, with improved hose and jet; an improved water-valve; a diving machine air-pump; a dial weighing machine, with measuring apparatus; a self-acting water supply or steam-boiler feeder; an improved self-pressure cock for steam-boilers.

Siebe and Co became Siebe, Gorman and Co at some point.

Augustus Siebe was born in Saxony in the year 1788, but was taken by his parents at an early ago to Berlin, in which city he was educated.

There he was apprenticed to a fine-caster, and early evinced great taste in modelling and chasing and in mechanical work.

In 1812 he had to join the army, and fought as lieutenant in the artillery at the battle of Leipzig, where he was wounded. Peace being signed, he went to Kiel, and obtained a situation with a watch and clock manufacturer.

In 1814 he came to England, and while perfecting himself in the language, obtained employment in chasing, gun-making, &c. Eventually he became foreman and manager to an engineering firm, where his mechanical abilities brought him into note.

At this period he invented a breech-loading rifle and a dial weighing-machine, and received a silver medal from the Society of Arts for improvements in taps.

He eventually commenced business on his own account. As a proof of his efforts, it may be mentioned that several of the lathes and tools in his workshop were made by himself during his leisure hours at the time he was manager.

He now invented a rotary pump, which brought his name before the engineering world, and his business rapidly increased.

About 1829 he was introduced to Mr. A. Deane, who had invented an apparatus for entering into houses or buildings on fire, and suggested to him the practicability of working under water with a similar apparatus, and eventually constructed an air-pump and diving-dress, known as the open dress. With this apparatus much valuable property was recovered, and diving became a remunerative speculation.

In 1837 he invented the close diving-helmet, which is hermetically fastened to the india-rubber dress, also the segmental neck-ring, by which the head-piece was removed from the collar by one-eighth of a turn. This helmet was further fitted with the inlet and outlet valve, and he also added the water apparatus to keep the cylinders cool, the pressure-gauge, &c.

At this date the Royal Engineers commenced diving operations at the wreck of the 'Royal George;’ and, at the request of the late Major-General Pasley, C.B. (then Colonel Pasley), he carried out a series of experiments with the Sappers and Miners; and the practical experience thus obtained led him to adopt the profession of a submarine engineer. He was appointed contractor to the Admiralty, his invention being used for the Navy and Dock Yards. He was also the manufacturer of the ice-making machinery.

He carried on business up to his failing health induced him to retire in favour of his second son, Henry Herepath, together with his son-in-law William Augustus Gorman and Jane Siebe, widow of Daniel, who succeeded him in business on his retirement in 1868[7].

Mr. Siebe was elected an Associate of the Institution on the 2nd of December, 1856. In manner he was retiring, kind of heart, and upright and honourable in his dealings. He died on the 15th of April, 1872, in his eighty-fourth year.