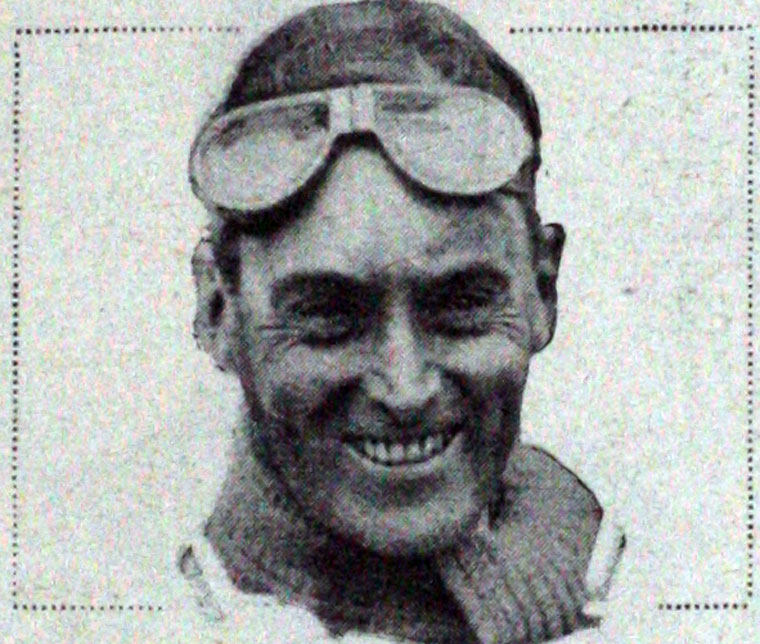 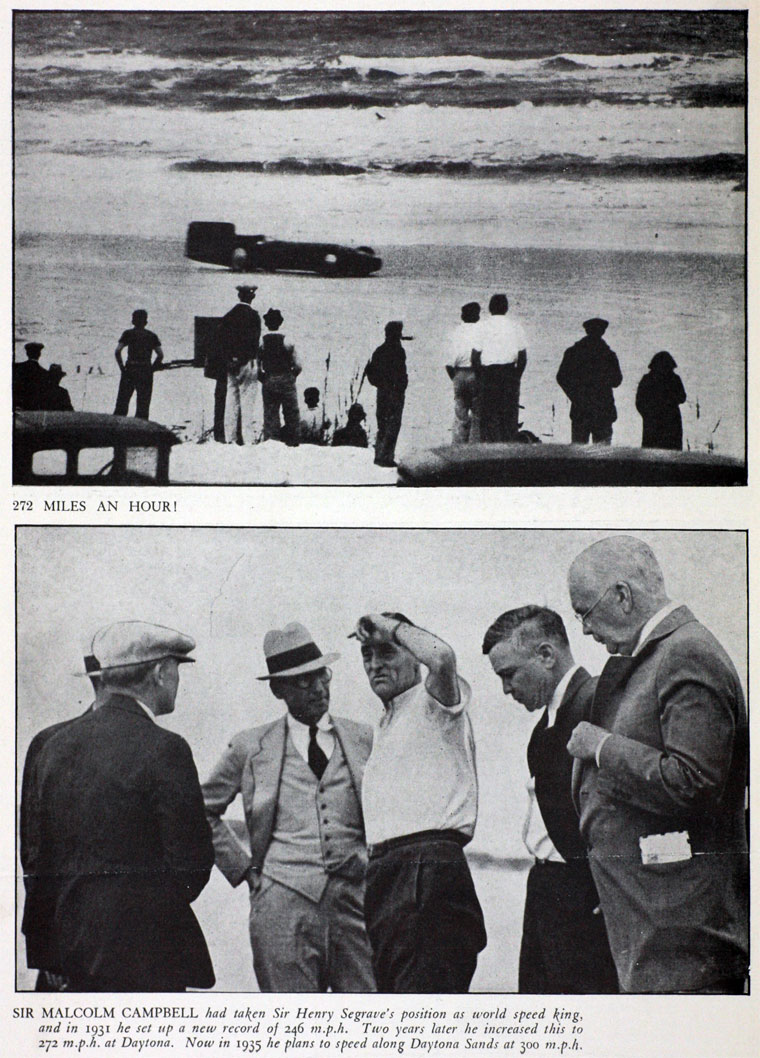 1927 Campbell reached 174.224 mph in this Napler Campbell, the original Bluebird. 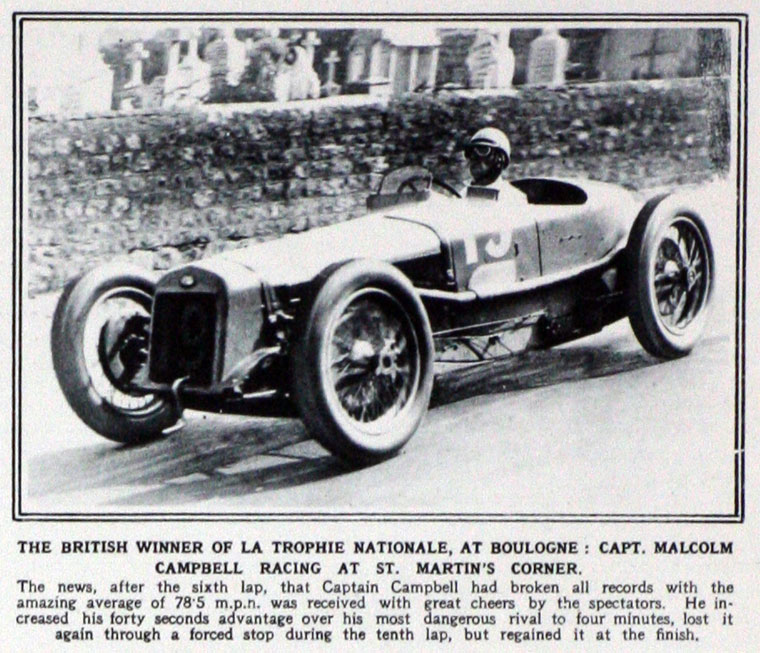 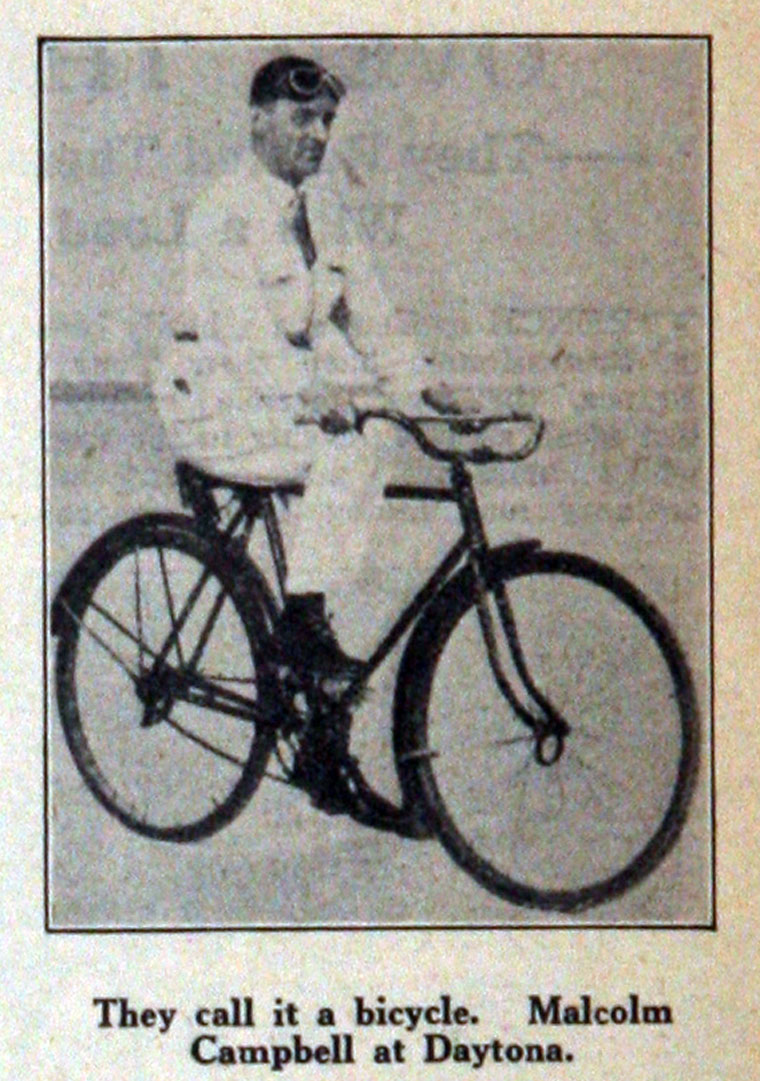 Sir Malcolm Campbell (1885–1948) was an English racing motorist and motoring journalist. He gained the world speed record on land and on water at various times during the 1920s and 1930s using vehicles called Blue Bird. His son, Donald Campbell, carried on the family tradition by holding both land speed and water speed records.

1885 March 11th. Born in Chislehurst, the only son of William Campbell, a Hatton Garden diamond seller.

He attended the independent Uppingham School.

In Germany, learning the diamond trade, he gained an interest in motorbikes and races.

Returning to England, he worked for two years at Lloyd's of London for no pay, then for another year at one pound a week.

WWI Queen's Own Royal West Kent Regiment and in the RAF.

He competed in Grand Prix motor racing, winning the 1927 and 1928 Grand Prix de Boulogne in France driving a Bugatti T39A.

Malcolm broke nine land speed records between 1924 and 1935, with three at Pendine Sands and five at Daytona Beach. His first two records were driving a racing car manufactured by the Sunbeam Car Company in Wolverhampton.

He set the water speed record four times. His highest speed was 141.74 mph in the Bluebird K4 on 19 August 1939 on Coniston Water in Great Britain.

He was a Vice President of the Middlesex County Automobile Club.