Aqueduct in foreground and Viaduct at back. 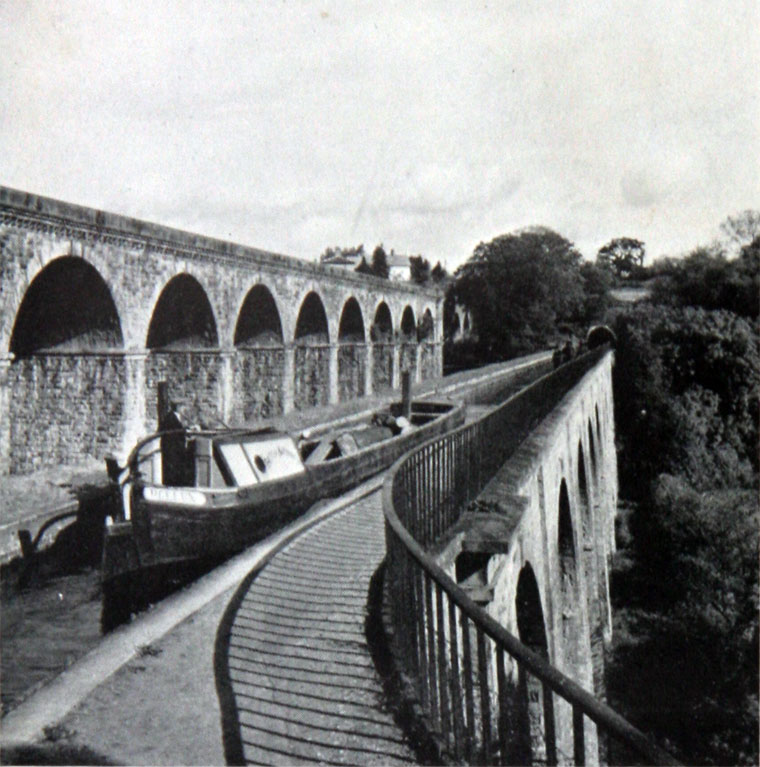 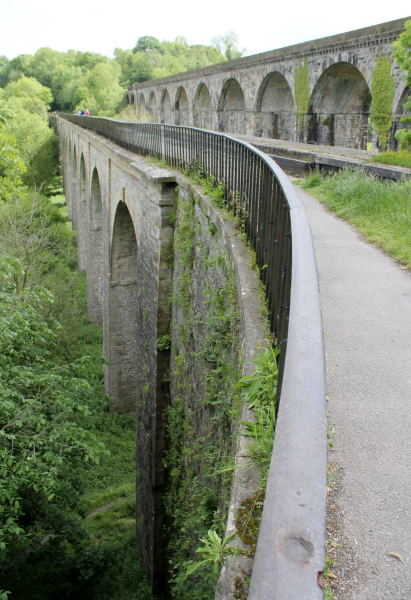 Chirk Aqueduct is a 70-foot high and 710-foot long navigable aqueduct that carries what is now the Llangollen Canal across the Ceiriog Valley near Chirk, on the England-Wales border.

The aqueduct was designed by Thomas Telford for the Ellesmere Canal and completed in 1801. It possesses a cast iron trough within which the water is contained. The masonry walls effectively hide the cast iron interior. The aqueduct followed Telford's innovative Longdon-on-Tern Aqueduct on the Shrewsbury Canal, and was a forerunner of the Pontcysyllte Aqueduct also on the Llangollen Canal.

Telford pioneered the use of cast iron in bridges as well as aqueducts, and cast iron troughs were widely used elsewhere on the British canal network, especially where a secure and watertight crossing or bridge was needed.

The aqueduct consists of ten arches, each with a span of 40 feet (12 m). The water level is 65 feet (20 m) above the ground and 70 feet (21 m) above the River Ceiriog. The first stone was laid on 17 June 1796. William Hazledine provided the ironwork for the aqueduct.

The Chirk Tunnel starts at the north end of the Chirk Aqueduct, allowing the canal to continue on towards Llangollen.