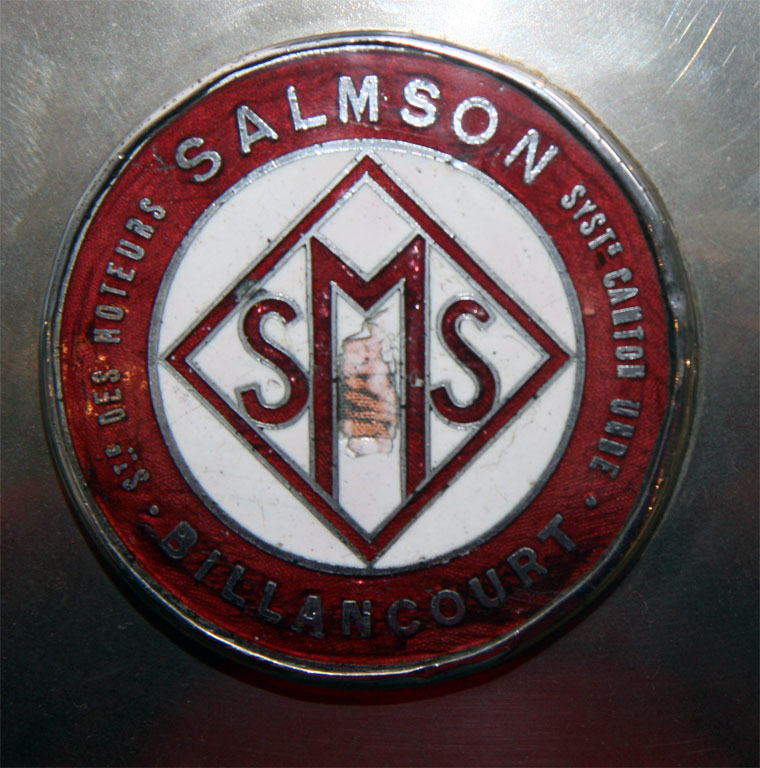 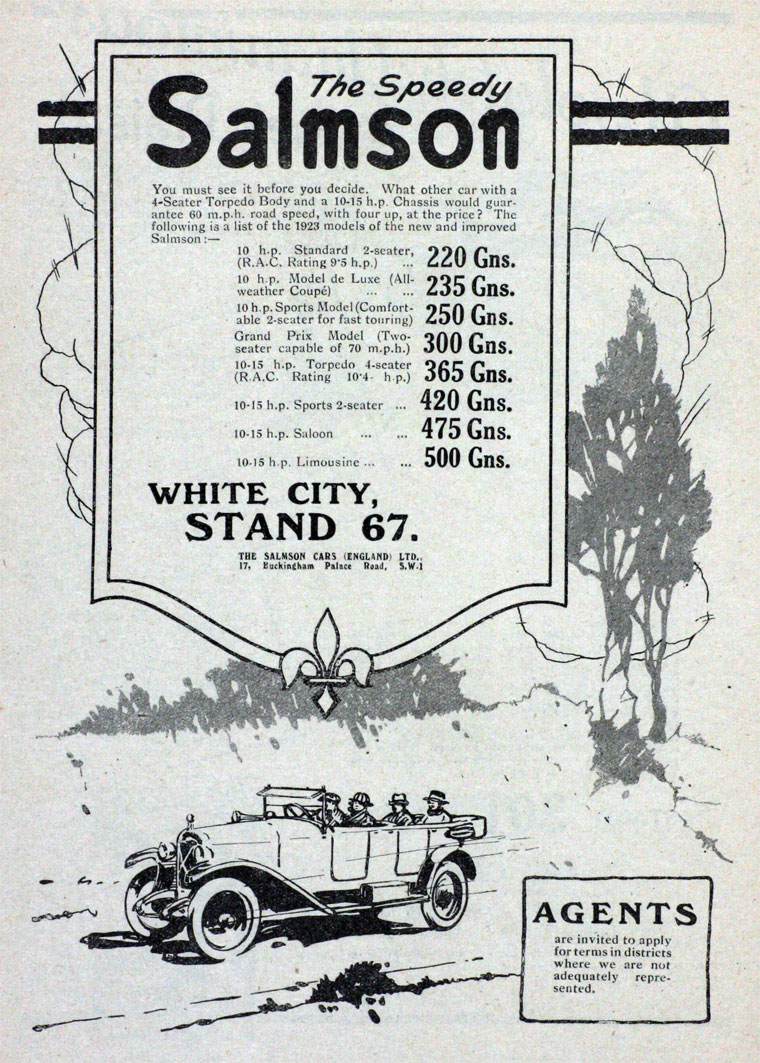 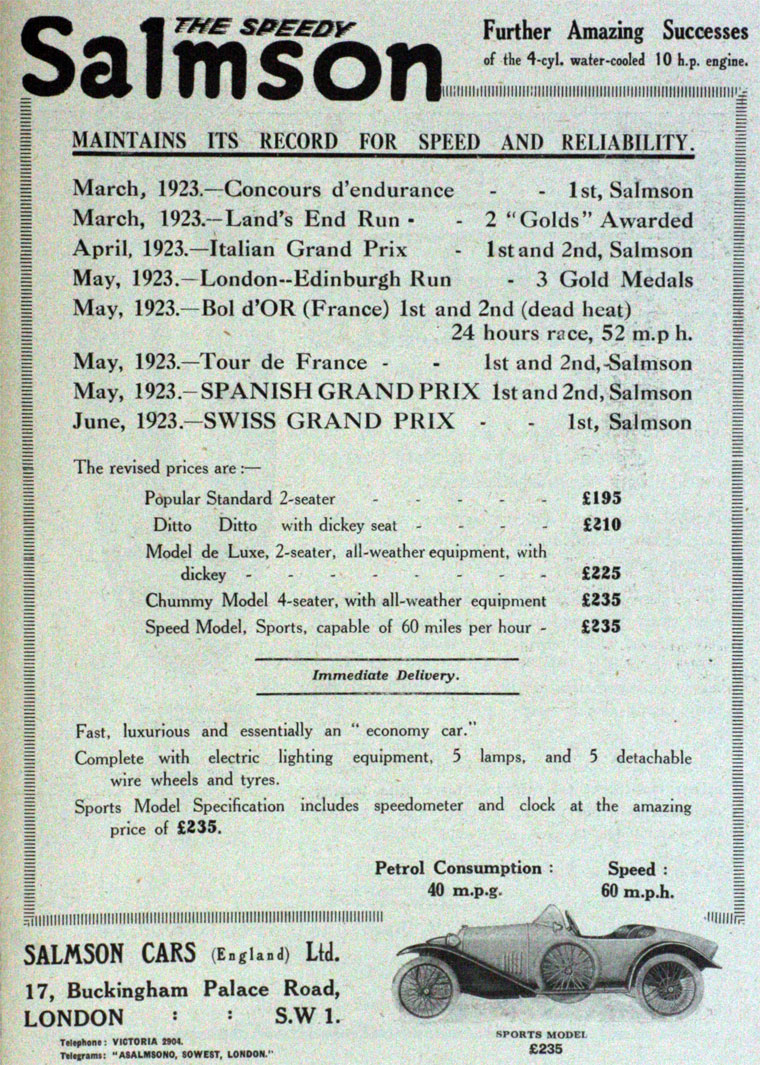 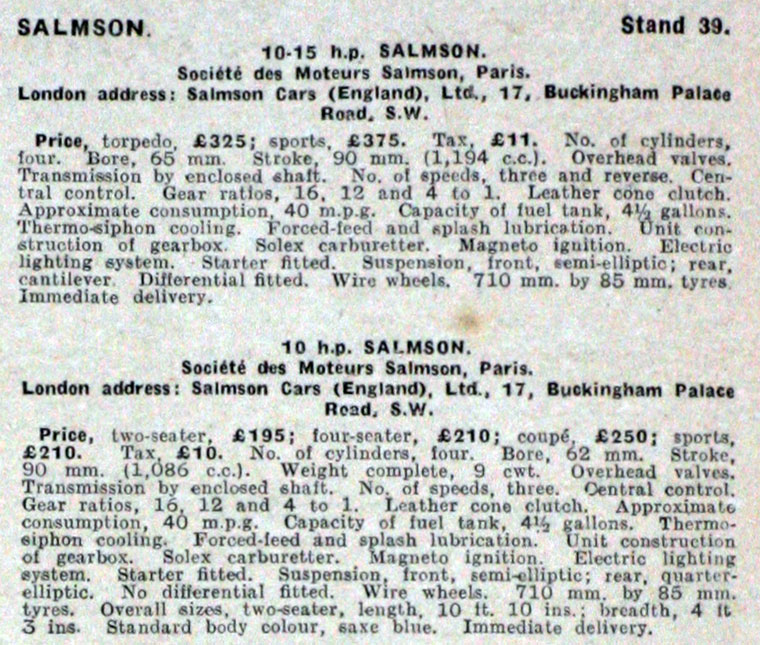 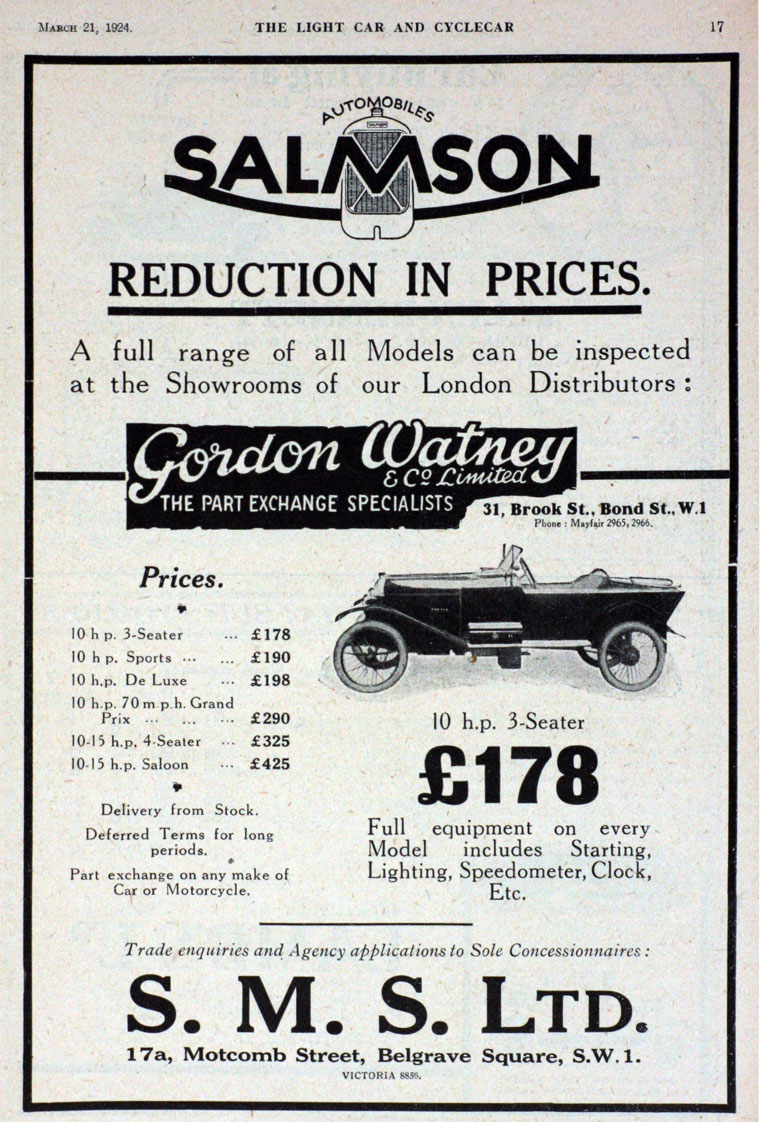 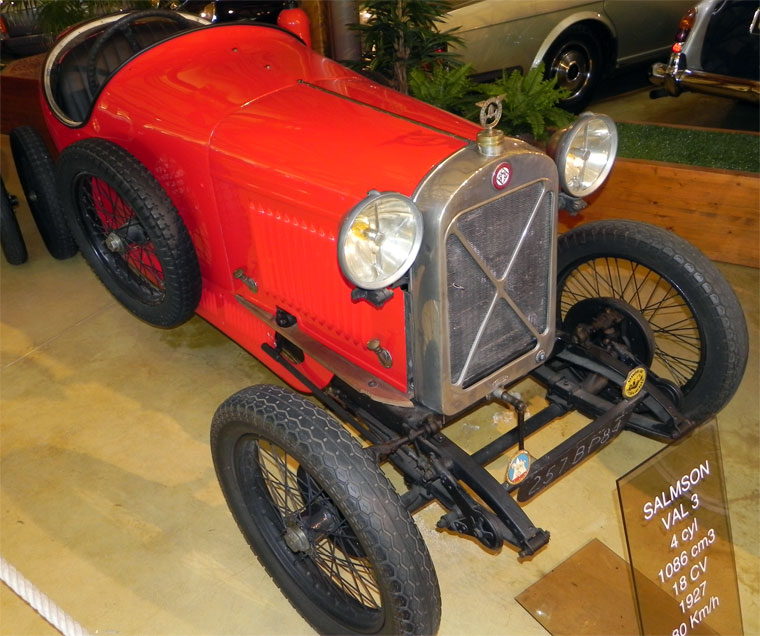 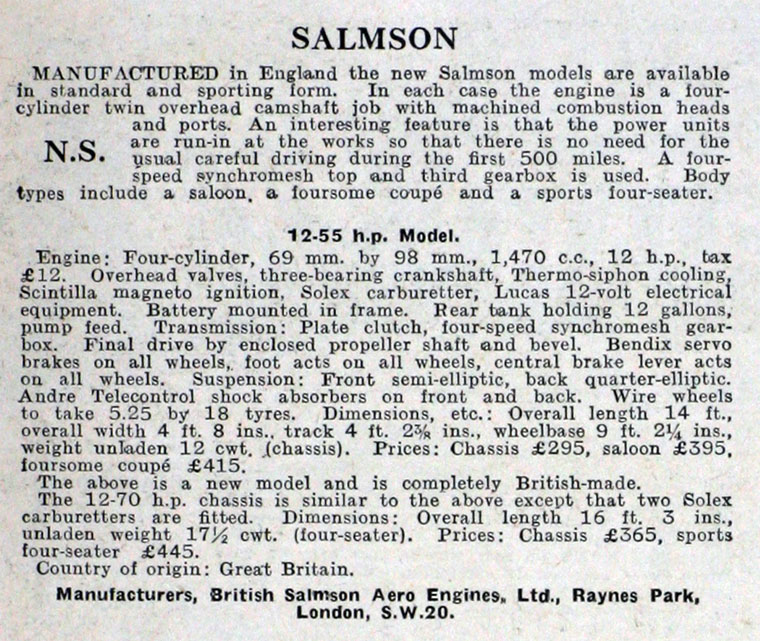 WWI: Salmson aero engines were made under licence by the Dudbridge Iron Works for Willans and Robinson.

1930 The UK aero-engine agents were taken over by British owners in 1930 and renamed British Salmson Aero Engines Ltd at Raynes Park, London, to make engines for light aircraft.

1934-9 Cars made in the UK by British Salmson Aero Engines.