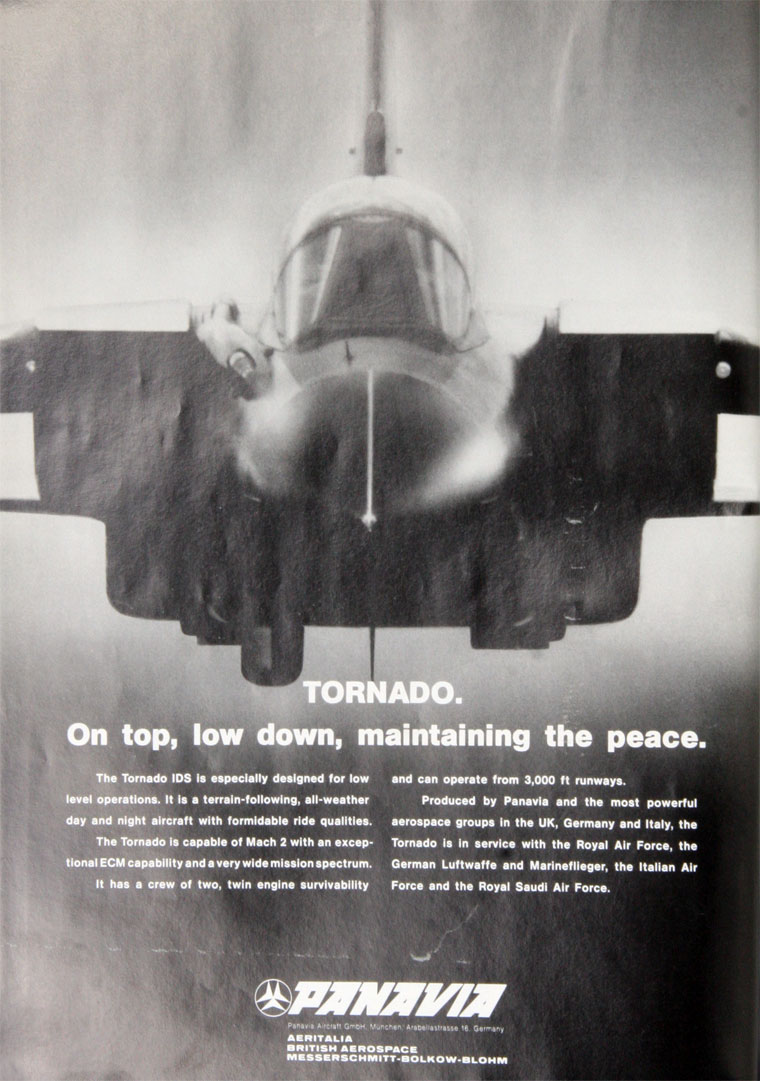 A tri-nation company, with the British side being represented by British Aircraft Corporation.

On March 26 1969 Panavia Aircraft GmbH was formed by BAC, MBB, Fiat and Fokker. In May a 'project definition phase' was commenced which concluded in early 1970. Two aircraft designs resulted, the single seat Panavia 100, and the twin seat Panavia 200. Initially favouring the Panavia 100, Germany eventually chose the Panavia 200, the favoured aircraft of the Royal Air Force (RAF), which became the Tornado; the IDS version was especially designed for low level operations.

1974 Britain's most advanced war-plane, the MRCA, was not able to attend at Farnborough due to the flight test programme.[1]