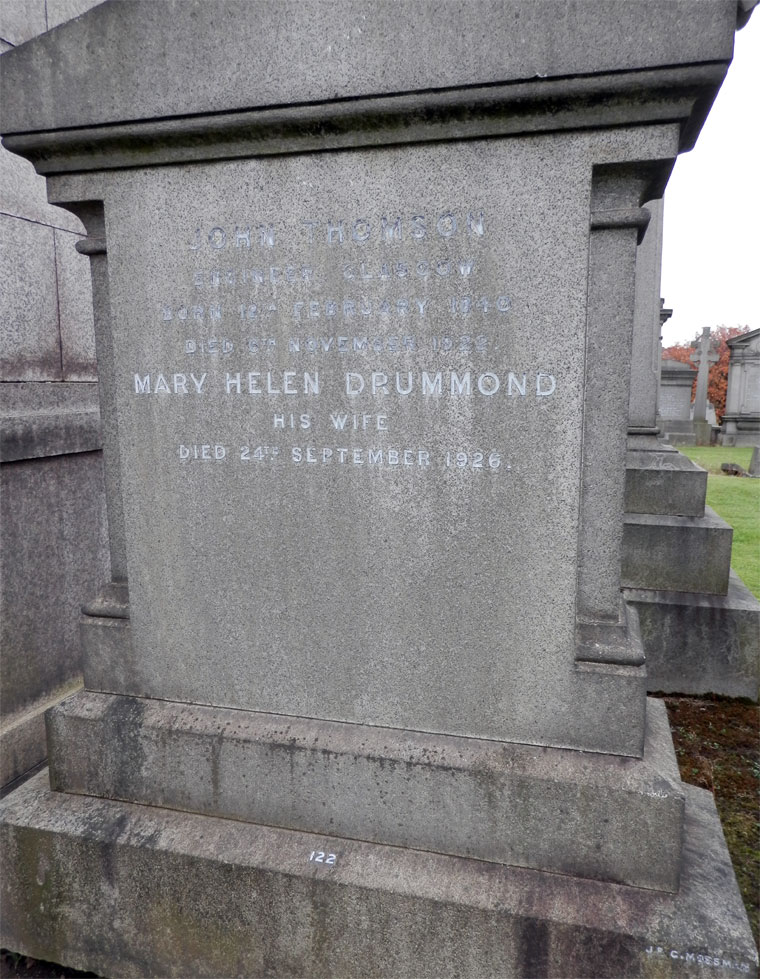 Employed in his father's business of J. and G. Thomson

1863 His father retired from business

1868 Joined the Institution of Mechanical Engineers

1868 In business with his brother, James, as John and James Thomson

JOHN THOMSON was born on 12th February 1840 at Govan, Glasgow, and was the elder son of James Thomson, the founder of the marine engineering firm of James and George Thomson, of Finnieston and Clydebank. It is interesting to note that these works formed the nucleus of the celebrated shipbuilding yard of John Brown and Co.

The subject of this Memoir served his apprenticeship in his father's workshops, but subsequently commenced in business with his brother James, as John and James Thomson, engineers and boiler makers of Finnieston and Kelvinhaugh, specializing in marine work.

He retired from active participation in the business in 1891 and thereafter interested himself in philanthropic matters.

He became a Member of this Institution in 1868.