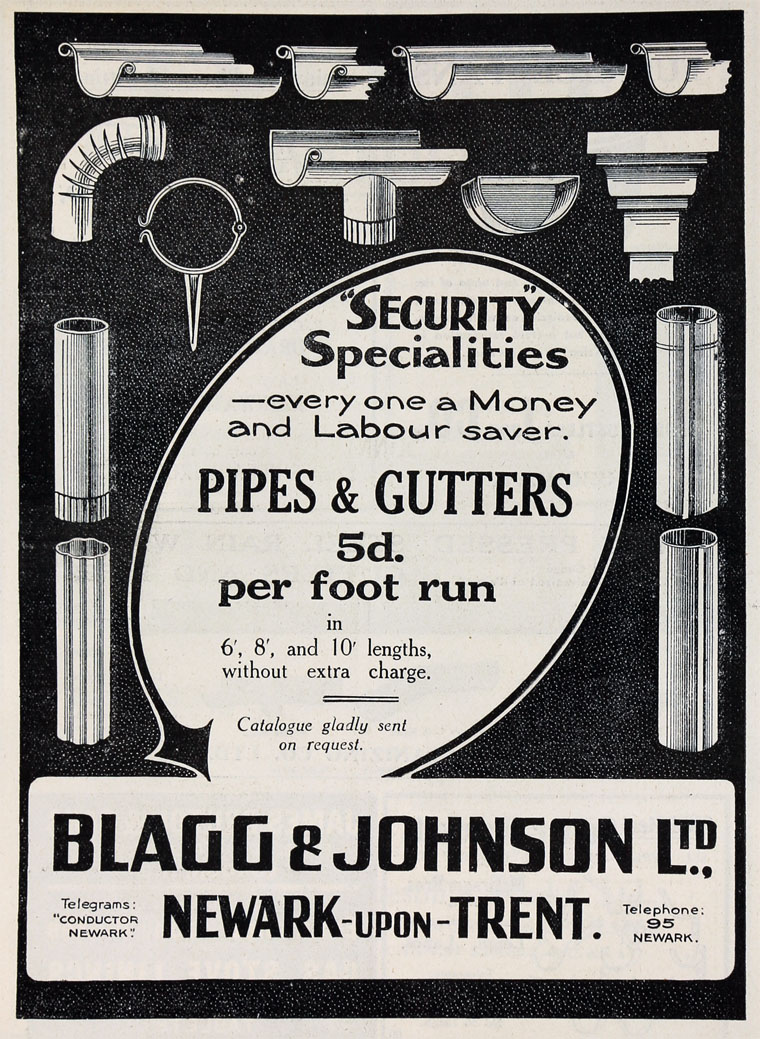 Blagg and Johnson Ltd., of Newark-upon-Trent.

1921 August. Company formation. 'Blagg and Johnson, Ltd; (176,334). Private company. Registered 7 August. Capital £50,000 in £1 shares (30,000 8 per cent, preference and 30,000 ordinary). To take over the business of manufacturers of, agents for and directors in pipes of iron, steel, galvanised iron, zinc, tin and other metals and joints, ties, supports, or other articles used in connection therewith, and machinery for the manufacture thereof carried on by Emily Blagg and F. M. Johnson at Newark-on-Trent as Blagg and Johnson, and the benefit of an agreement with the Canton Foundry and Machine Co. of Canton, Ohio, U.S.A., under which the said Emily Blagg and F. M. Johnson in consideration of certain orders for machinery, already given by them and paid for, have had granted to them for 5 years from 30 June, 1920, the sole and exclusive right to use within Great Britain the same machines and improvements therein with the option or renewal if the said parties so desire. The managing and governing directors are:— Mrs. E. Blagg. Lime Grove, Newark (managing director); F. M. Johnson, The Cottage, Beacon Hill, Newark. With £250 each per annum in addition to their remuneration of £500 as first directors and a percentage of the profits.'[1]