Difference between revisions of "William Simons and Co" 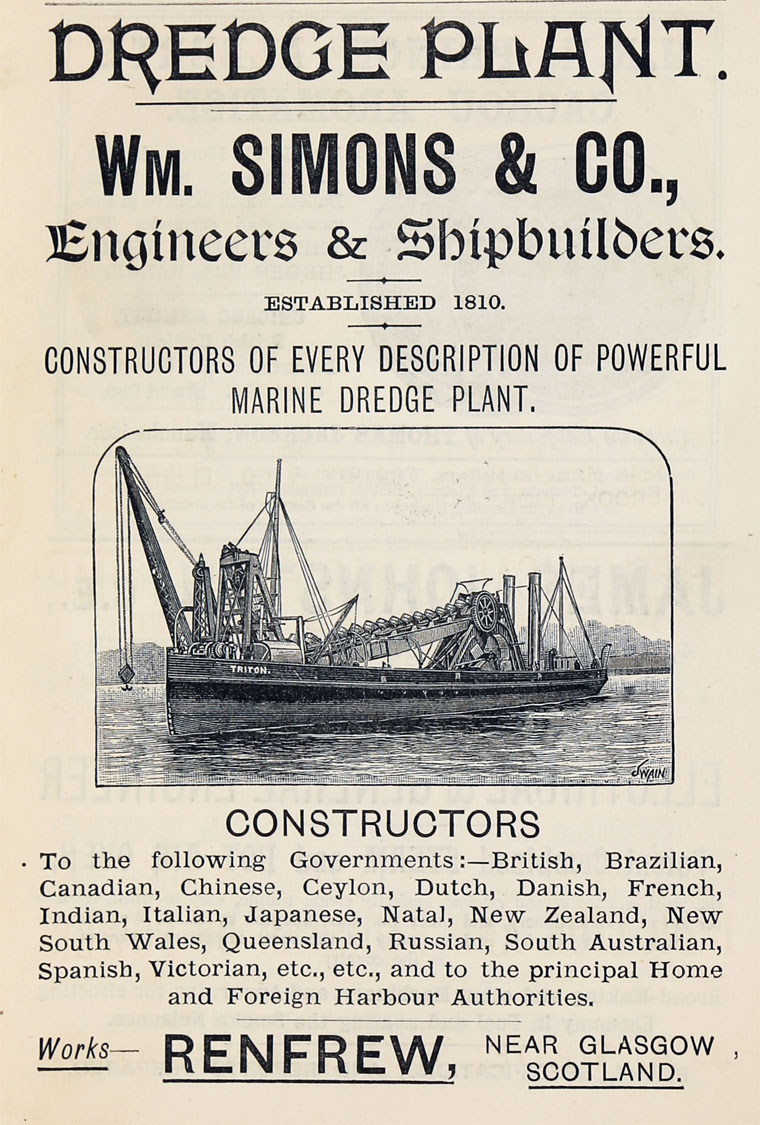 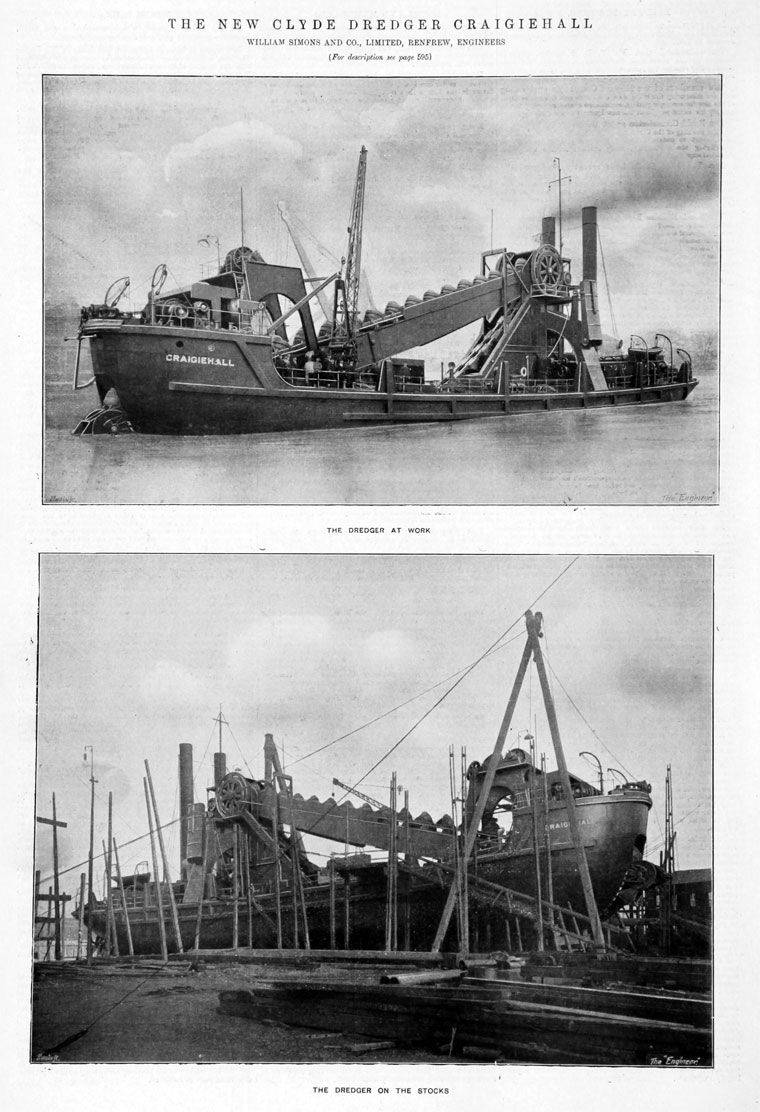 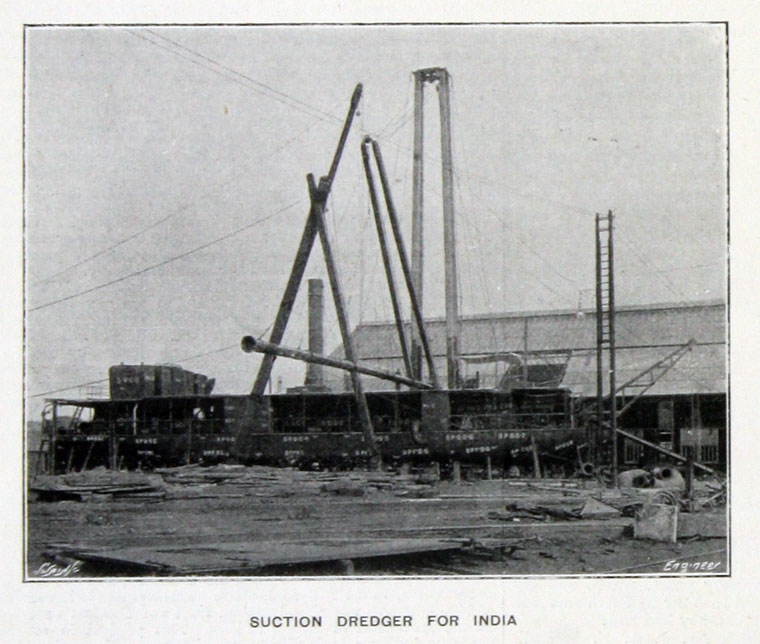 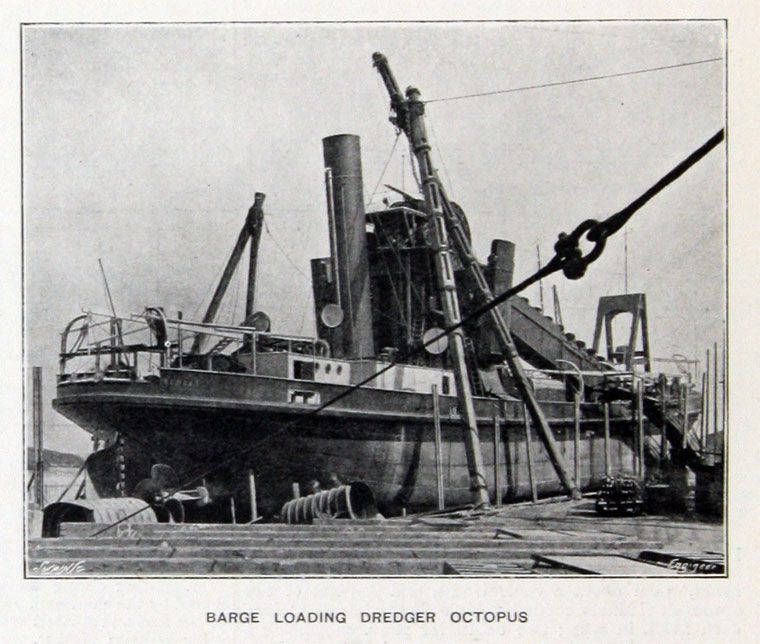 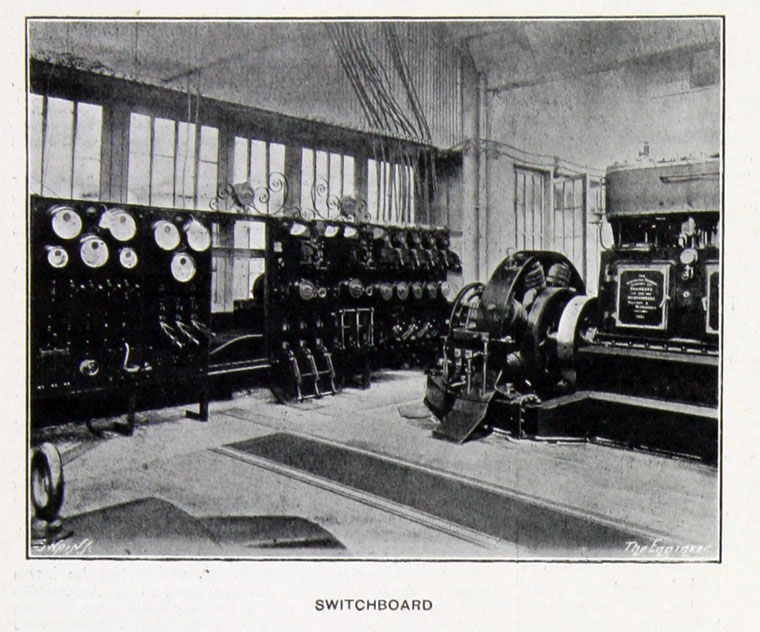 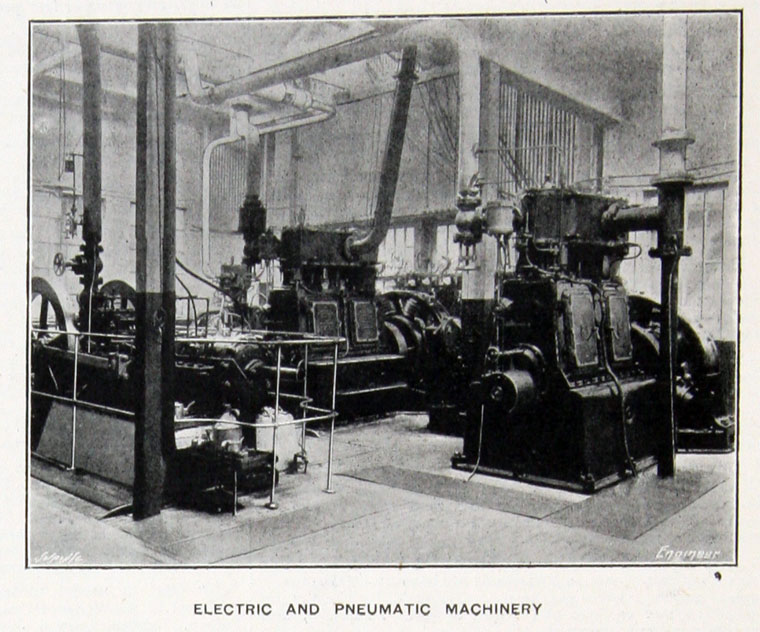 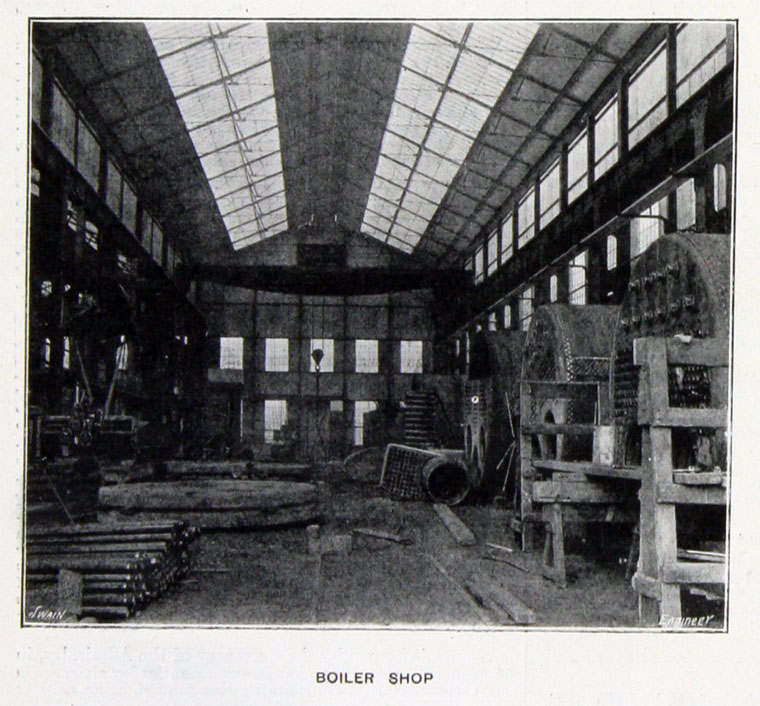 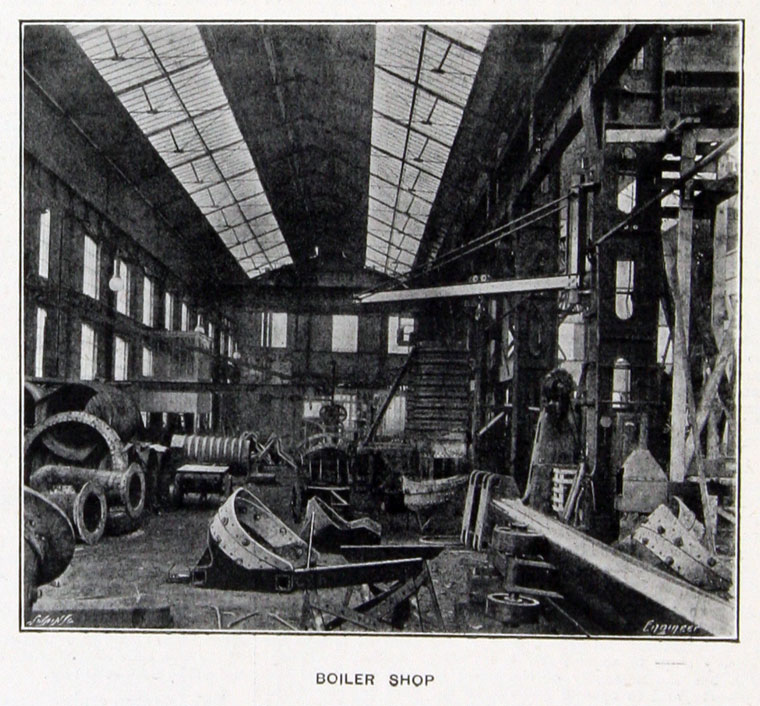 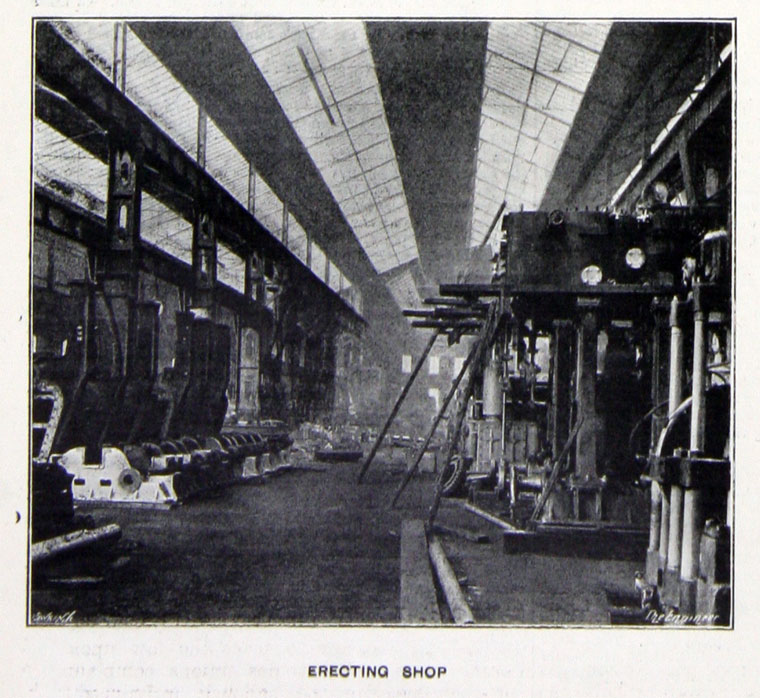 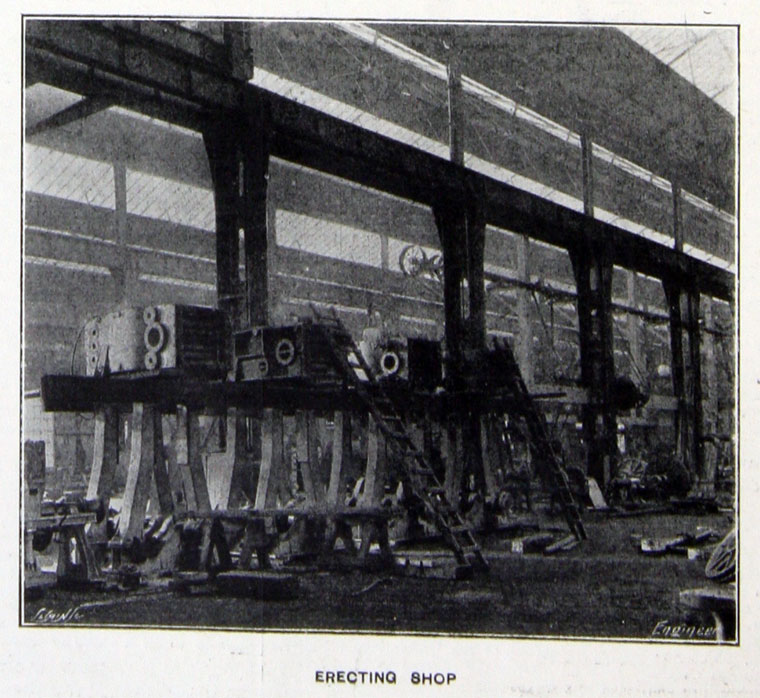 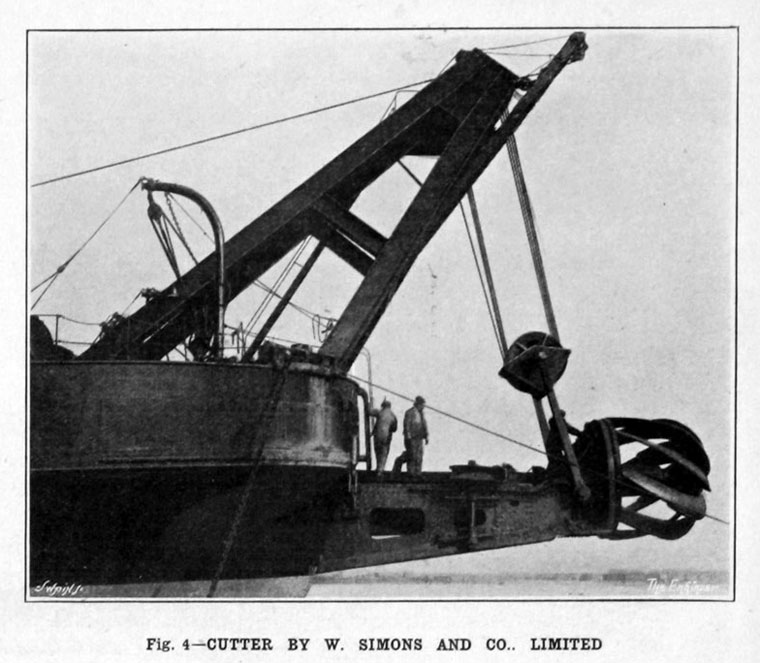 1810 Shipbuilding company established[1] by a member of the Simons family of Greenock family, on a site later occupied by the Victoria Harbour[2]

1819 The Fingal was built by the company in Greenock; it had 100 horse-power engine, of 202 tons, for the Belfast trade.

After William Simons had succeeded to a share in the business, he transferred the yard to Whiteinch.

1860 Andrew Brown became a partner in the business.

The business then concentrated on making dredgers.

1862 William Simons wrote to The Engineer regarding his patents on armour ships, a model of which had been in the exhibition[3]

1886 Andrew Brown became the controlling partner of William Simons and Co, a major dredger builder. Andrew Brown managed the yard along with William Simons, Junior and Walter Simons; he was a respected designer of dredging equipment. Brown's innovations led to a long association with the Clyde Navigation Trust.

1895 the business was converted into a private limited company

1900 The business was constituted as a limited-liability company, Mr. Brown becoming managing director.

1900 Stern Well Hopper Dredger. Details and illustration in The Engineer. [5] The company was registered on 11 December, to acquire the business of shipbuilders and engineers of a company of the same name. [6]

1902. Death of William Simons, founder. By this time over 420 vessels have been built by the firm since its foundation, most at Renfrew.[8]