1813 beam engine by W. Richards at the Deutsches Museum 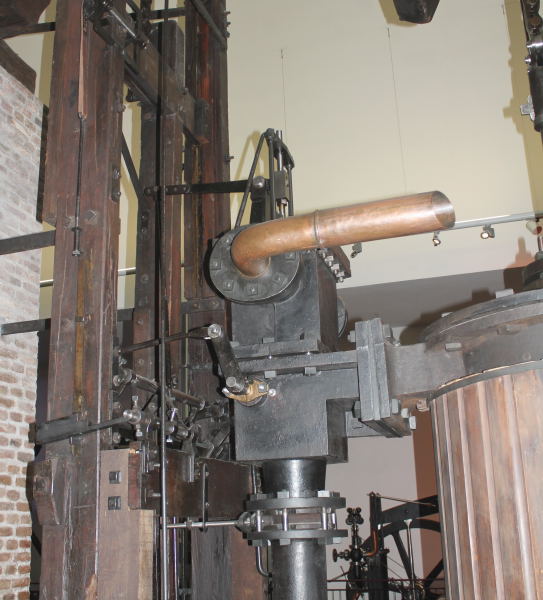 Parts of other steam engines, including earlier ones, are preserved elsewhere in Germany.

Born 18 June 1756. The source gives conflicting information about his birthplace - Truro, Cornwall, or Wales. He was the son of Francis Richards. In 1786 K F Bückling persuaded him to move to the Burgörner mining area. On May 1, 1794 William Richards married 28 year old Dorothea Elisabeth Schmidt, born in 1784, daughter of Samuel Schmidt from Hettstedt. On November 30, 1831 William Richards died, having rendered good service to the Mansfeld mining area by encouraging the use of steam power. His only surviving son, Franz Carl Richards, continued his father's work.

The above reference source includes information on other engines built by Williams and Buckling.

Background to Richards's move to Germany [2]

Jakob Freiherr Waitz and Karl Friedrich Bückling went to England on an industrial espionage mission, visiting James Watt in Birmingham. There they bribed a worker to provide drawings of a Watt engine. In the 1780s Bückling constructed an engine at Hettstedt on the edge of the Eastern Harz mountains. It did not operate satisfactorily. Eventually Bückling lured Richards and a worker form Boulton & Watt to Germany to come and sort out the problems. The engine was made to work satisfactorily, but succumbed to wear due to unsuitable materials. Bückling was able to find a company able to resolve the material problems.