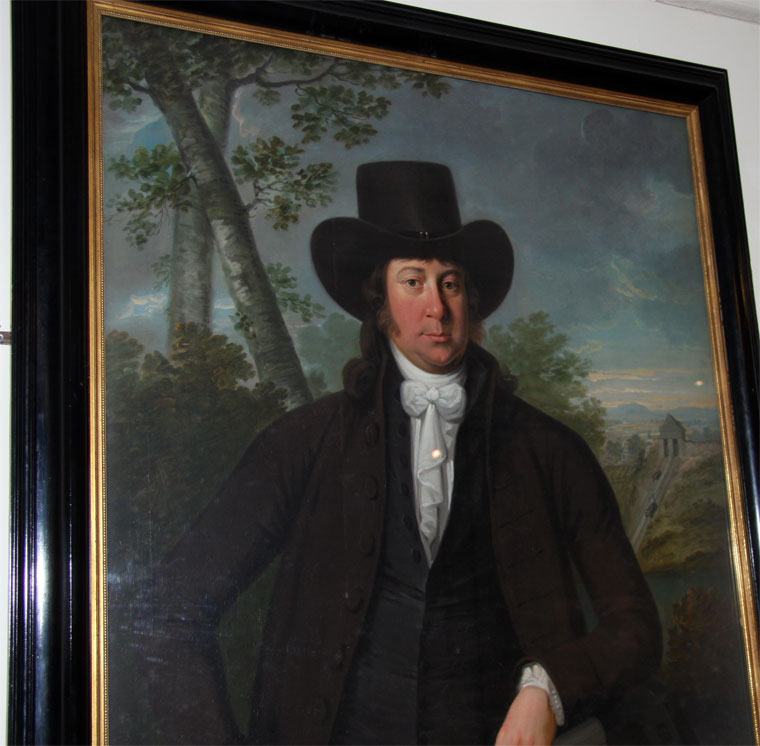 1777 William was employed in his father's ironworks; he negotiated with James Watt about steam engines for Ketley Iron Works. Later responsible for Boulton and Watt engines installed at the Coalbrookdale partners' other works at Coalbrookdale and Horsehay.

1783-5 Involved in a new blast furnace complex at Donnington Wood.

1785 Large-scale iron-making began with a furnace at Donnington Wood constructed by William Reynolds and Joseph Rathbone on land leased from Earl Gower, on the north side of the Donnington Wood Canal. Gower contributed £2,000 to the enterprise[1].

William was manager of the Ketley part of the Coalbrookdale Co. He promoted three tub boat canals - the Wombridge Canal and the Ketley Canal (1786-7) and the Shropshire Canal (1788).

William was keenly interested in the application of scientific discoveries. He introduced great improvements in the working of the coal and iron mines, employing new machinery for the purpose, and availing himself of the discoveries then being made in chemistry.

c.1789 Richard Reynolds passed his interests in the Ketley Iron Works to his sons William (by his first marriage) and Joseph (by his second marriage).

1794 The name of the Coalbrookdale partnership was changed from Richard Reynolds and Co. to William Reynolds & Co.

1794 Responsible for the building of the township at the eastern end of the Ironbridge gorge, which was named Coalport that year.

1796 the interests of the Darby and Reynolds families were separated - William and Joseph Reynolds took charge of the Madeley Wood and Ketley ironworks.

1797 William and Joseph renewed the lease on the Ketley Iron Works.

1799 patented a process for making manganese steel. Steel was made at Ketley by adding 40 lbs of Exeter manganese to 270 lbs of refined iron in a puddling furnace.[2]

1802 Worked with Richard Trevithick on the first railway locomotive.