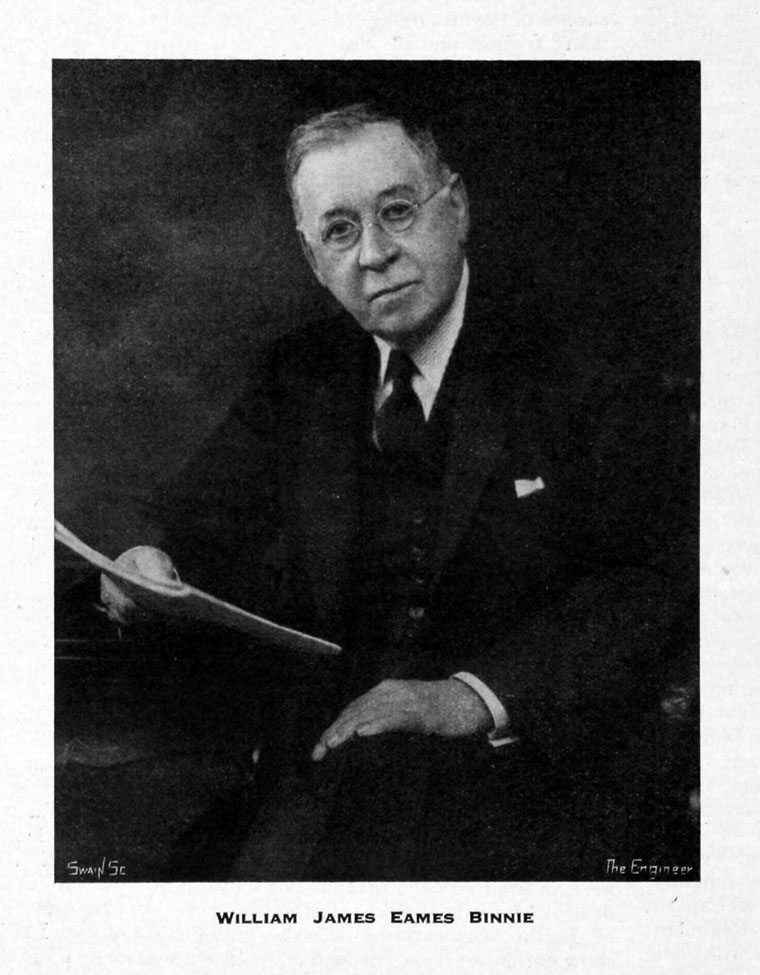 Elected chairman of the Committee of the Association of Consulting Engineers for the year 1926-1927.[1]

"...William James Eames Binnie was born in Londonderry on October 10, 1867, and was educated at Rugby and Trinity College, Cambridge.

After graduating in 1888 with First Class Honours in Natural Science, he continued his studies for a time at Carlsruhe (Baden)..." [more]