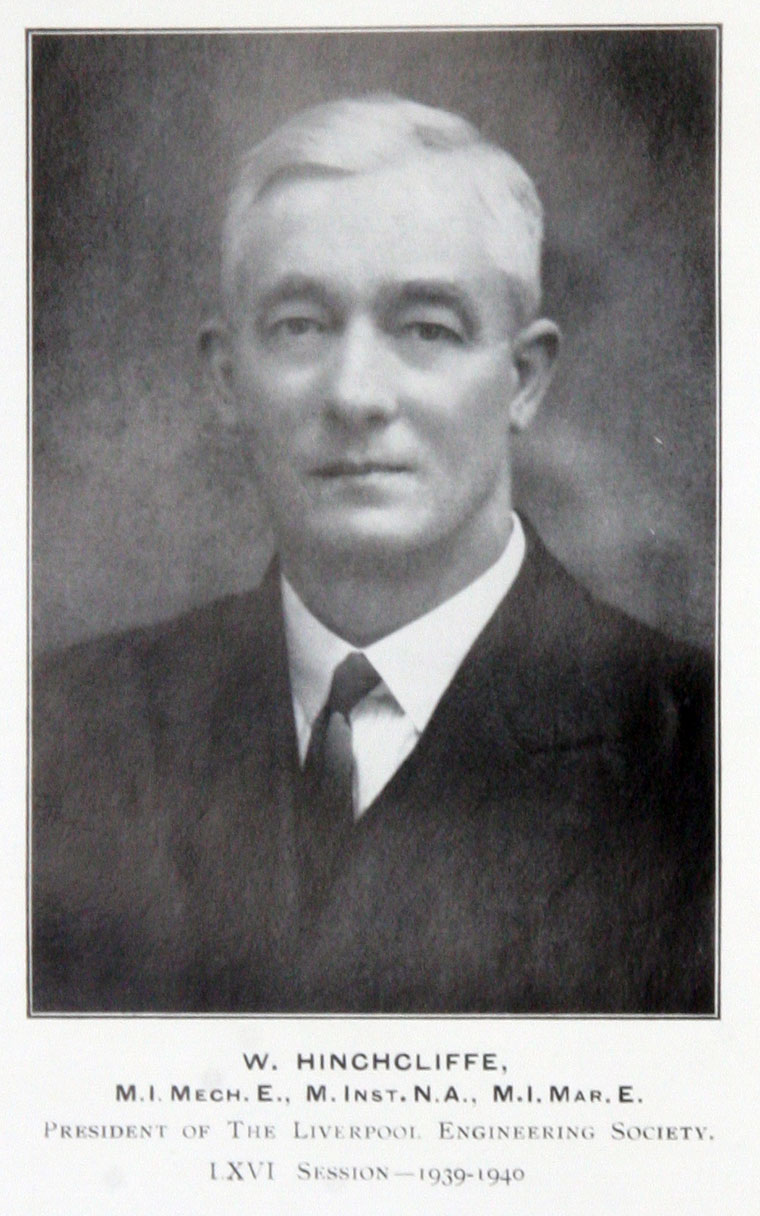 WILLIAM HINCHCLIFFE was formerly chief superintendent engineer and naval architect with Ellerman Lines, Ltd., Liverpool, and had been in the company's service for nearly forty years.

He was born in 1883 and served an apprenticeship from 1898 to 1903 with J. S. White and Company, Ltd., shipbuilders, Cowes. He continued with the firm for a further period and later gained more experience in the drawing office of the Wallsend Slipway and Engineering Company, Ltd.

After serving at sea as marine engineer and obtaining a first-class Board of Trade Certificate, he was appointed, in 1911, chief technical assistant to Ellerman Lines, Ltd. Two years later he was made inspector of new construction and, in 1915, he received the appointment of assistant superintendent engineer of the Hall Line, a subsidiary of Ellerman Lines, Ltd.

He became chief superintendent engineer and naval architect in 1924, which position he retained until his retirement in 1947.