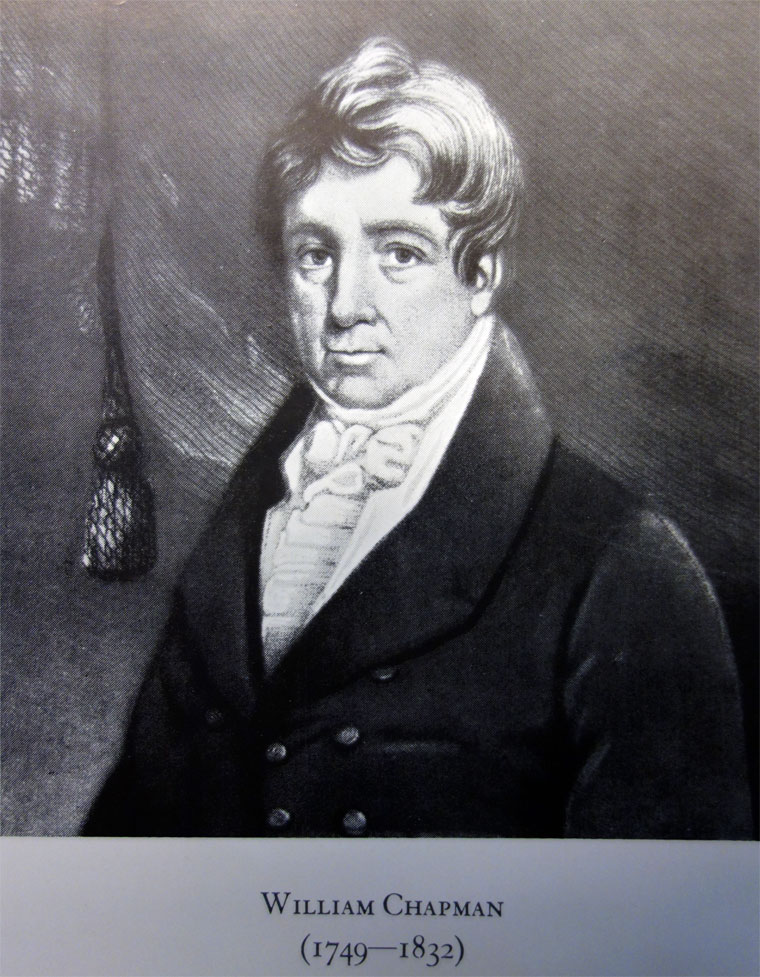 1749 March 7th. Born at Whitby, the son of William Chapman, an engineer. His father, Captain William Chapman, already had three daughters from his first marriage, but William was the first of ten children born to his second wife, Hannah Baynes.

1765 He left home, moving to Barnes, Sunderland, and then to Newcastle.

1767 Joined the Merchant Navy, and was able to enrol in the Guild of Master Mariners in 1769.

Next he set up as a merchant and coal fitter, and with his brother, took out a lease on collieries at St. Anthony's and Wallsend in 1778. Despite initial success, the project ran into financial difficulties, and both men were declared bankrupt in 1782.

The failure did not deter him, and he worked first as a mechanical engineer and then as a civil engineer. Although he lived in Ireland, near York and at Morton in County Durham at various times, he maintained an office and a house in Newcastle. He was active in his profession until shortly before his death, on 29 May 1832.

Engineer of the Kildare Canal

1812 William Chapman of Durham and his brother Edward W. Chapman of Wallsend, Northumberland, took out a patent for "a method or methods of facilitating the means, and reducing the expense, of carriage on railways and other roads;" [1] [2]

1812 Took out a patent for travelling engines which was based on an engine and a chain that was pulled by the engine to move itself forward. The engine may have been built by the Butterley Co

1814 A locomotive on eight wheels built for him by Phineas Crowther and it worked on the Lambton Colliery line in the following year. [3]

His burial was at St Andrew's Church in Newcastle. His large library, which ran to 535 volumes, was auctioned the following year, but his widow Elizabeth donated his printed reports to the Institution of Civil Engineers in 1837

Chapman is important for his work on the theoretical design of skew bridges, as he developed the first methodical technique for their design