William A. Tyzack and Co 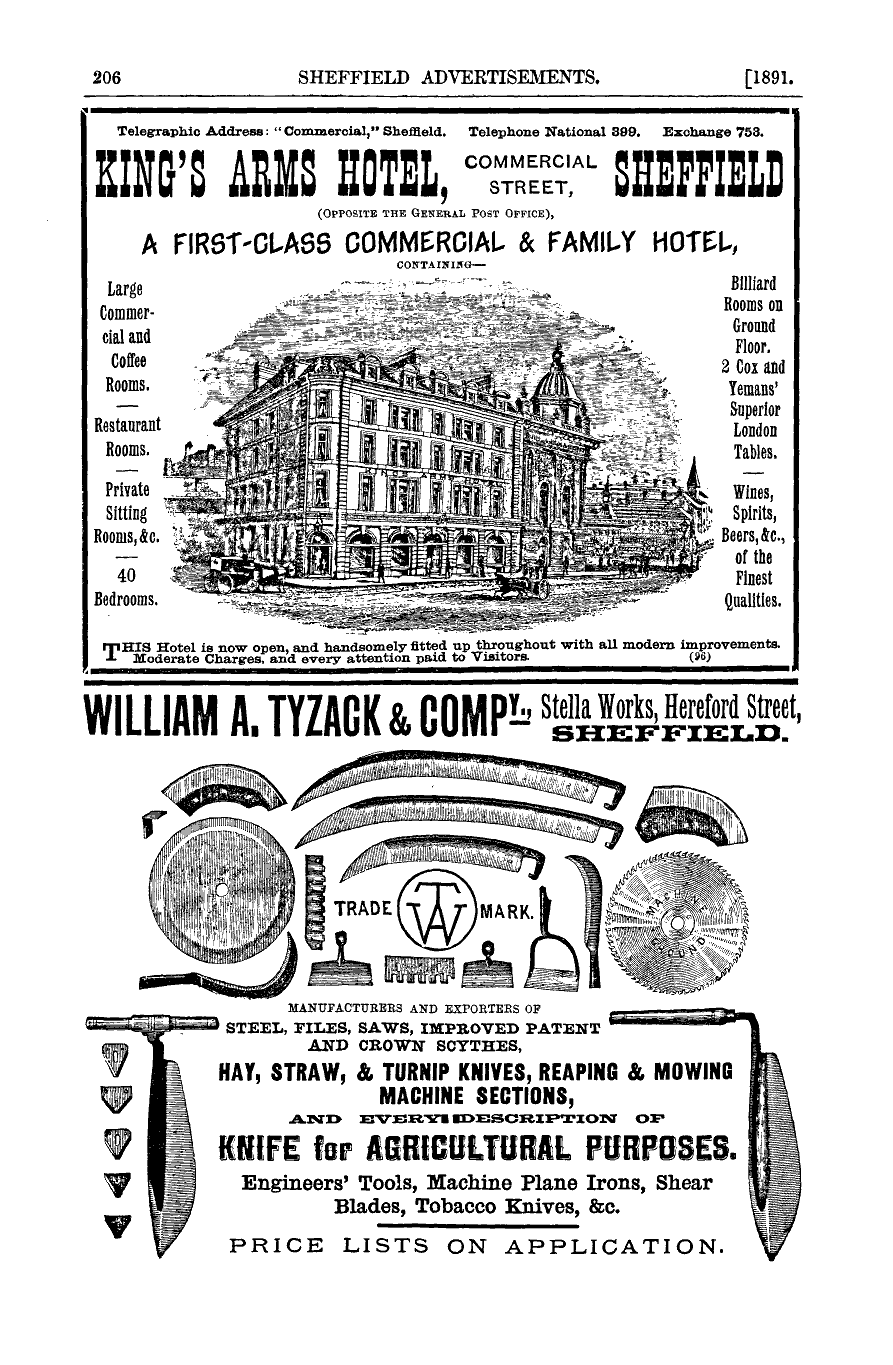 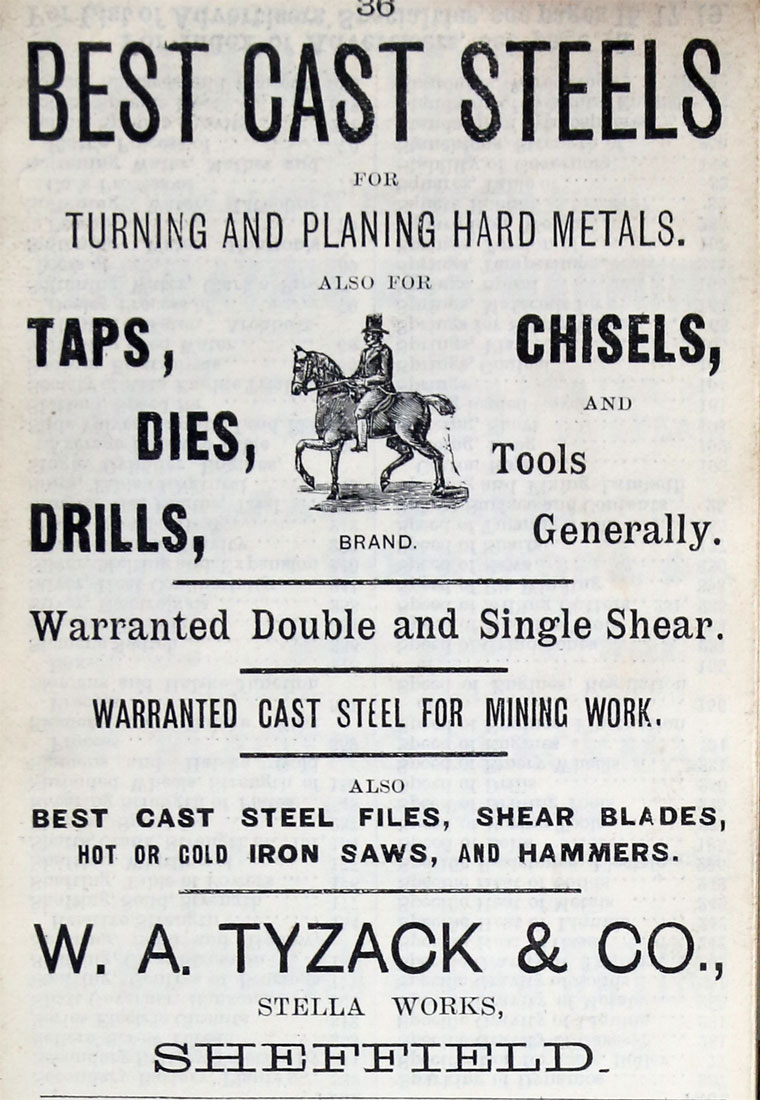 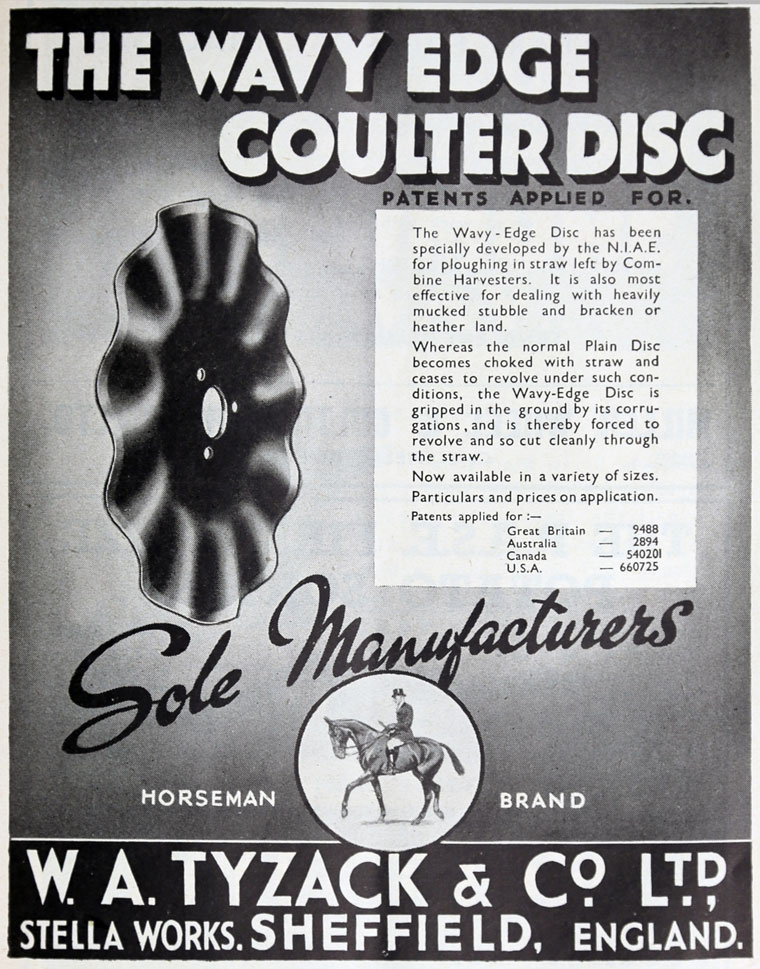 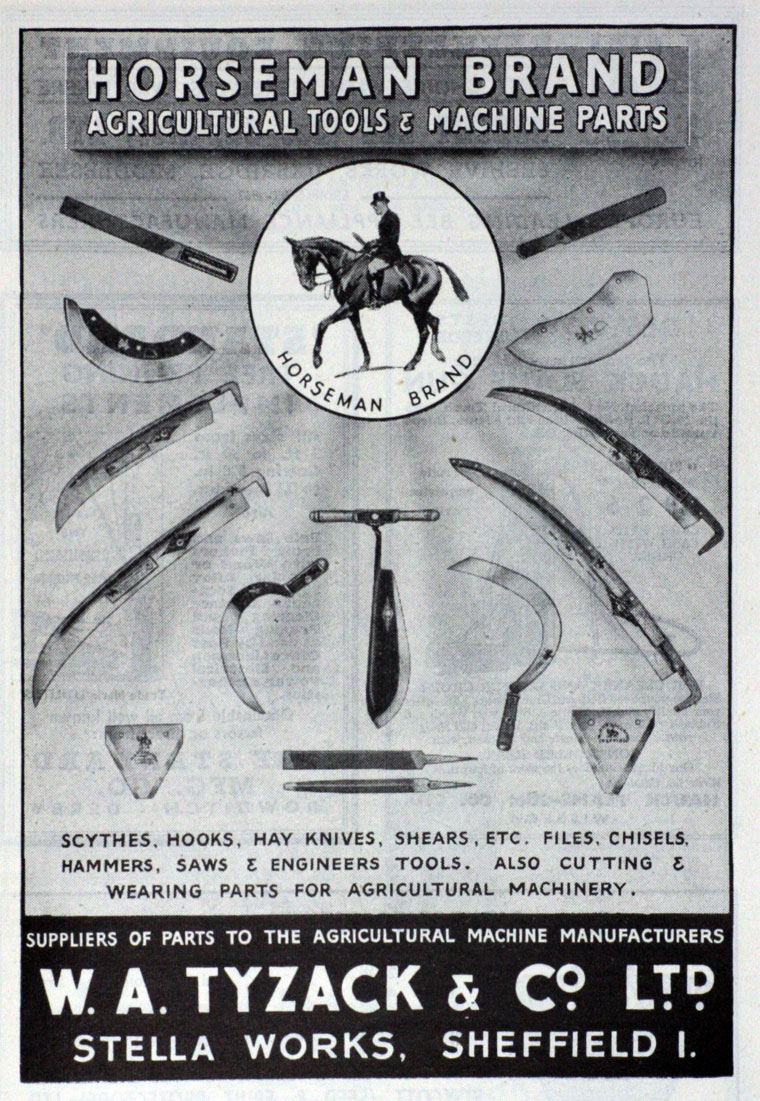 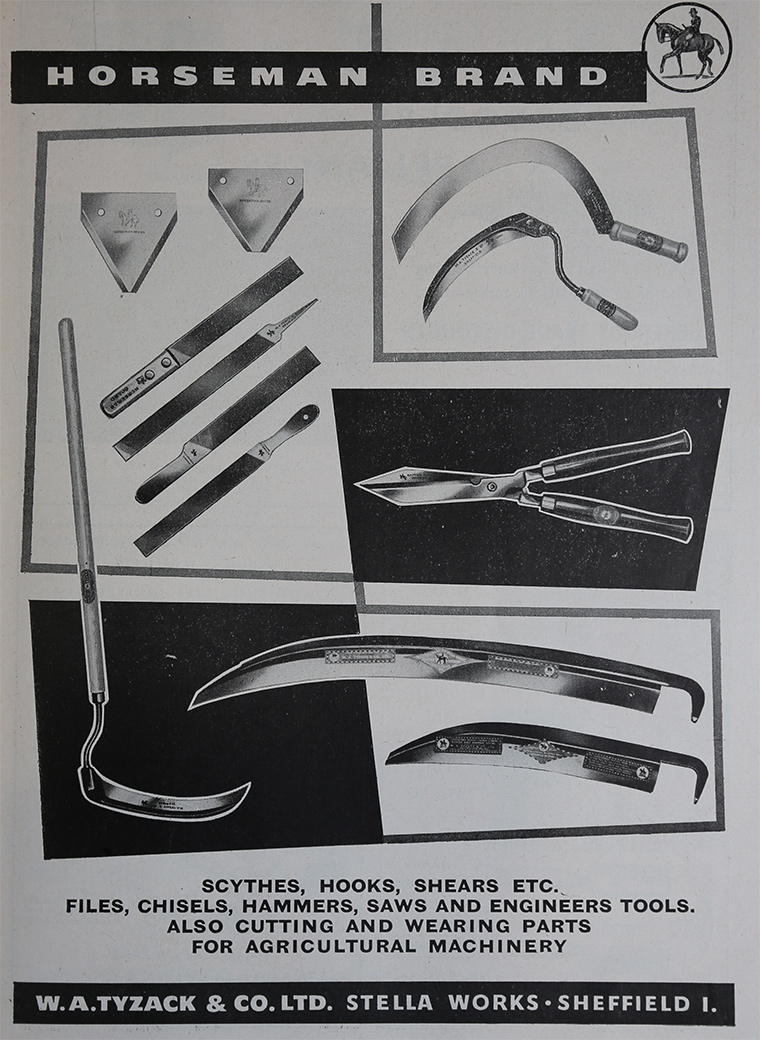 William A. Tyzack and Co of Stella Works, Sheffield.

The company specialised in solid crucible steels, files, scythes, hooks and sickles. William Alexander's interest in farming and connection to traditional family products led him to manufacture a varied range of agricultural machine and machine parts.

1889 Sudden death of William Alexander. His three sons, William, Bernard and John Stanley, took over the business together with James Gould and James Havenhand.

Company renamed as W. A. Tyzack and Co.

1941 Death of John Stanley Tyzack. His son Donald S. Tyzack together with William Alec Tyzack ran the business and Bernard Tyzack was director.

April 1948 The Company bought the Green Lane site from Ibbotson Brothers and Co Ltd. of Sheffield, complete with file manufacturing business. The "Ibbotson" name and "Globe" trademark was added to their already existing "Horseman" brand.

An item in the Morning Telegraph, 9th March 1977, said Green Lane Works was listed by the Environment Department for its historic and architectural importance and Whitehall sanction must be obtained before demolition.

1986 The Stella works in Hereford Street, Sheffield were sold when the company transferred its operations to the Green Lane Works.

Members of the family had sold their interests in the company.[2]

1986 W. A. Tyzack and Co discontinued talks with Tyzack Turner Group about a possible take-over[4]

1988 Demolition of the Little London Works.

1989 Management buy-out of W. A. Tyzack and Co.[6]. Bill Eastwood, chairman, resigned after the company was acquired by GSM

1991 Receivers were called in. One part of the original company retaining the Tyzack name was Tyzack Transmission Components Ltd, owned by MIBA an Austrian company, which survived until 2008.[7]

All employees redundant although some Tyzack Turner staff were transferred to Tyzack Transmission Components Ltd.

A new factory was built at Vrable, Slovakia and most of the plant and tooling related to transmission plate manufacturing was shipped to this new factory called Miba Steeltec Slovakia.

The machine knives and grass care equipment were acquired by Eurovein, a company set up by the previous chairman