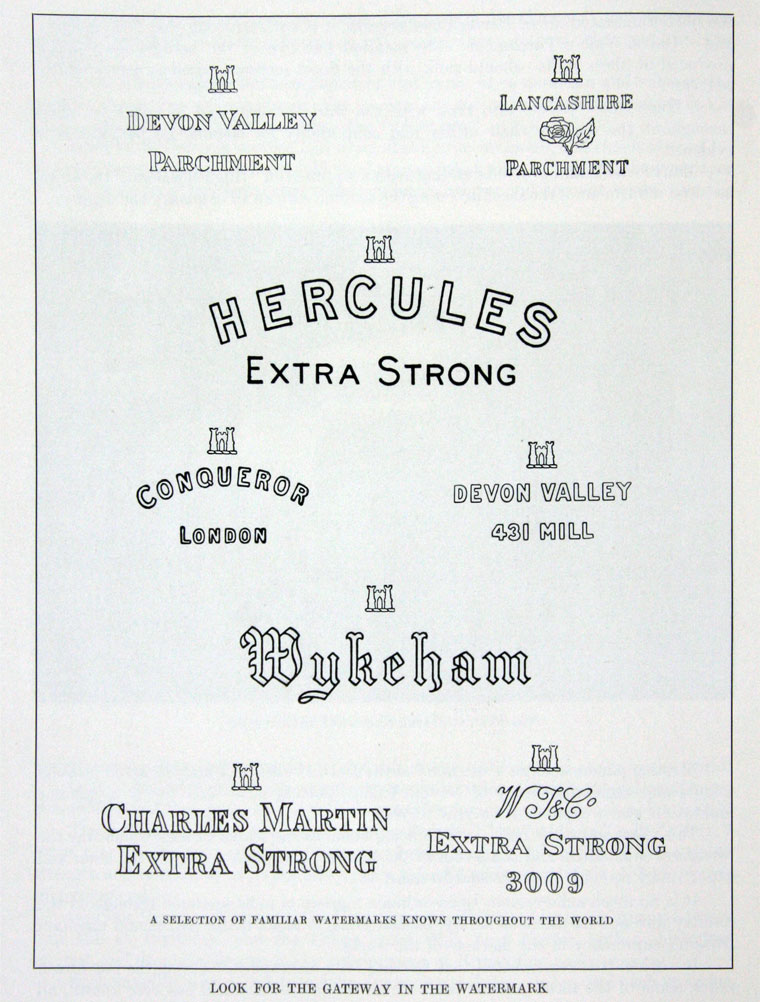 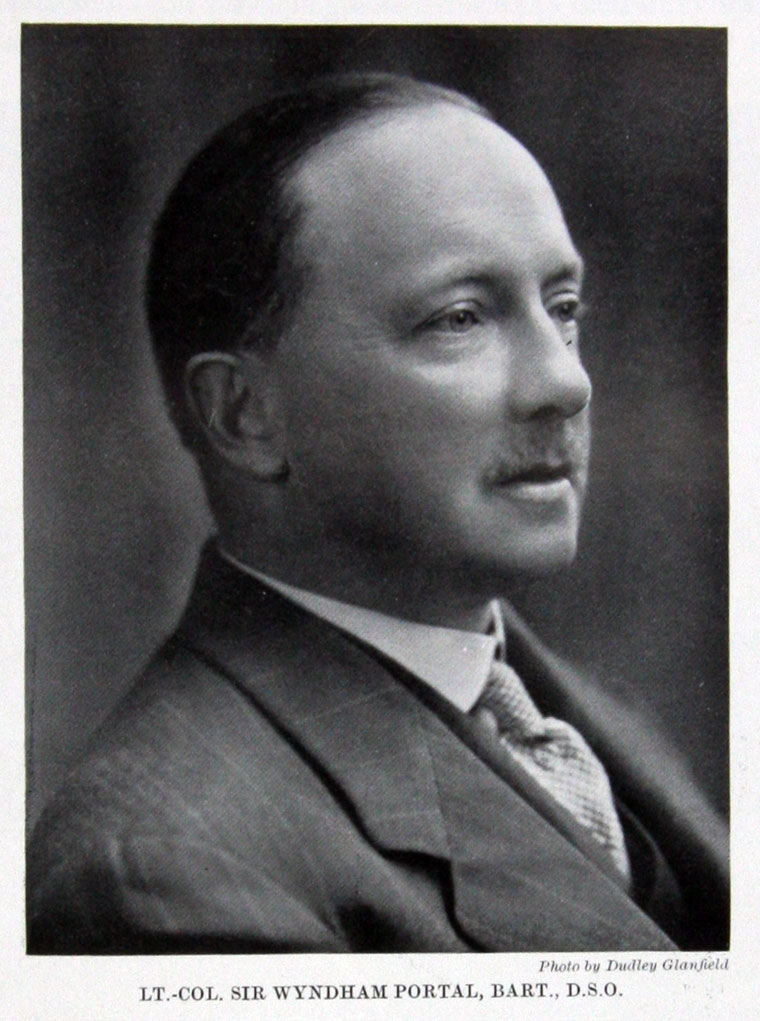 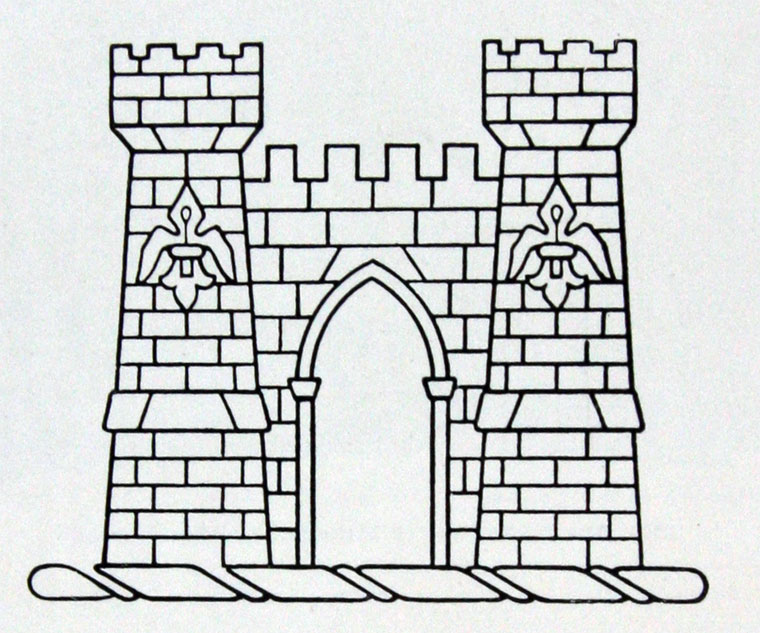 Note: This is an abridged version of a chapter in British Commerce and Industry 1934

The names of Wiggins Teape, Pixie (Pirie?) and Portals are among the greatest and oldest in the paper markets of the world, and from small beginnings their enterprise has created one of the most important and successful industries of this country.

It will be readily grasped that the whole procedure of paper making by hand calls for skill and experience of an extremely high order, and it is no uncommon thing for ream after ream of paper to be turned out with barely perceptible variation.

Such paper as this is being made daily by Portals, at Laverstoke in Hampshire, not simply to preserve tradition, but because there is still a demand for the purest, most enduring and permanent paper that can be produced.

Books are in existence, preserved from the fifteenth century, which bear testimony to the lasting qualities of hand-made paper, and the paper made at Laverstoke to-day is fully qualified to carry on this great tradition.

With the advent of machinery at the opening of the last century, it is interesting to note that the first British machine was built for the company's mill at St. Neots in Huntingdonshire. This enabled paper to be produced very much more rapidly, and undoubtedly served as an impetus to this country's trade and commerce.

From the first introduction of machinery at St. Neots down to the present day there has been no break in the march of progress, both for the paper industry of this country as a whole and Wiggins, Teape in particular.

It was at the end of the war in 1918, however, that this company outstripped its competitors. Shortly after this date it possessed a chain of mills throughout the country, devoted to the manufacture of fine writing papers.

Extending from Devon in the south to Aberdeen in the north, these mills are supplying the business world with varying classes of paper, each mill specializing in its own particular brands in accordance with its mechanical equipment and the advantages it draws from its natural surroundings.

There was, however, a field of paper-making activity not then catered for by a British company, and the Great War brought home vividly the unfortunate position of this country in having to rely upon foreign Photographic paper.

Consequently, and in a public-spirited manner, Wiggins, Teape and Co and Alexander Pirie and Sons decided to make England independent of Continental supplies by erecting a modern mill at Woburn Green in Buckinghamshire, for the exclusive manufacture of this class of paper.

The Glory Mill was built and equipped with the most up-to-date machinery and, after the usual struggle which most new enterprises have to encounter, it has now more than justified the faith of the directors of the company, so that to-day it not only supplies the bulk of the home market, but also exports large quantities.

Believing it to be true that no business can remain stationary, the company sought to extend its activities in other directions, and in 1928 a new machine was installed at the Stoneywood Mills to produce a moderately priced Sulphite paper, the demand for which was being met chiefly by foreign manufacturers. This gave the mill a complement of eight machines, and the "8th machine," as it is popularly called, is now working day and night to fulfil the demands made upon its resources.

This splendid mill, is situated a few miles from Aberdeen and fed by the waters of the River Don. A variety of papers are made here which would be hard to equal in any other paper mill in the world and it is an education to watch the process which converts rags, esparto grass and wood pulp into papers of varying qualities to be used for numerous purposes.

This is the home of "Charles Martin Extra Strong," a fine rag paper which immortalizes in its watermark one of Scotland's finest paper makers. It enjoys a universal popularity and is noted for its strength and durability —characteristics one associates with the country north of the Tweed.

The Stoneywood Mill also specializes in Art papers, those beautiful glossy sheets so indispensable to the printing of half-tone engravings or any printing process where a smooth, even printing surface is essential.

"Perfect" and "Proven" Art papers are scientifically made in one of the most up-to-date and efficient mills in the world. Printers and users of printed matter insure themselves against loss and disappointment by using these papers. Their qualities are well known and the fact that the largest and most successful printing organizations specify them is a final and sufficient test of their supremacy.

Naturally, better paper gives the more attractive results and the two grades manufactured at the Scottish mill, "Perfect" and "Proven" Art, will prove economical in the true sense of the word.

Coming south, the company controls a fine mill situated in the heart of the cotton industry — Chorley, Lancashire — and it is no surprise to find this mill specializing in the highest grade machine-made papers.

Within easy reach of the cotton and linen mills, large quantities of clean white linen and cotton cuttings are daily converted into such well-known papers as "W. T. and Co.," "3009 Extra Strong," "Hercules" and "Lancashire Parchment," and if you can visualize the raw materials which go to make these papers the rest will be understood.

These are essentially business papers of high rank, fit to maintain and enhance the prestige of any firm or individual. The mark of the company, previously referred to, is incorporated in all these watermarks—the "Gateway."

Situated at Dover is another mill controlled by the company, and this is famous for its "Conqueror" papers, a household word among paper users. This well-known paper is used extensively for commercial correspondence, ledgers and account books, and the manufacturers claim that it has the largest sale of any watermarked paper in the world.

Only sound value can place a commodity above its competitors in these days of fierce competition, and the popularity which "Conqueror" enjoys is a sure indication of its worth.

This mill also makes a fine range of Index Boards. The "Aldgate" and "Glory" series are well known and appreciated, the former being a rag board of exceptional strength and toughness, while the latter has a splendid surface and seven bright colours to recommend it.

Glorious Devon also possesses two famous paper mills owned by the company - Stowford Mill at Ivybridge, and the Devon Valley Mill, near Exeter, both of historical interest and deep significance in the development of British fine paper-making.

Each supplied with a generous flow of pure, crystal-clear water, and each enjoying the uncontaminated air of Devon's countryside, it is not surprising that "Wykeham" and "Devon Valley Parchment" — to mention but two of the better-known papers produced at these mills—should rank with the finest medium-priced papers produced to-day.

"Huguenot" papers also rank with the world's finest, and in countless offices throughout the country their utility and adaptability for commercial purposes is in evidence.

Many letter headings of outstanding merit are printed on "Huguenot Bond," the whiteness and refinement of the sheet investing the heading with an air of quality and dignity.

Blotting papers are also a speciality of the Devon Valley Mill, and the seven pleasing colours and high absorbency of Devon Valley Blotting have won for it a genuine reputation which expands from year to year.

The history of the company would not be complete without reference being made to the latest enterprise upon which it has embarked. The opening of the Greaseproof Paper Mills at Dartford in 1933 was an attempt to provide for this country an ample supply of greaseproof paper, glazed, transparent and glassine. It ranks as an industrial event of importance, and if this enterprise is rewarded and yet another market captured for British trade, several hundreds of British workers will be given employment and additional money will be put into circulation to the benefit of British industry generally.

The mill itself is as perfect as knowledge and experience can devise, and large enough to meet the certain demands for increased production. Every modern improvement in the art of paper making has been incorporated; every device anticipating increased output provided for. The pulp is carried in barges from Belgium and brought up the 'Thames to the new mill ready for immediate use and the finished product can he delivered to the London warehouses within an hour or two of leaving the machines.