Difference between revisions of "Westwood, Baillie and Co" 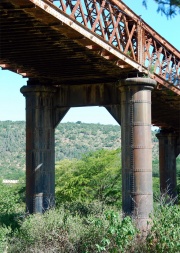 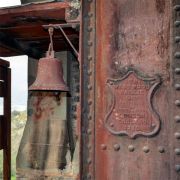 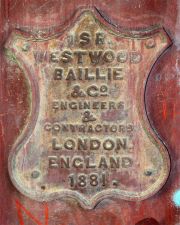 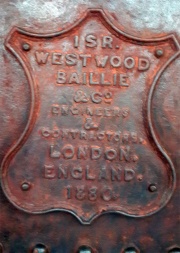 March 1888. The temporary erection of the Sukkur cantilever bridge. 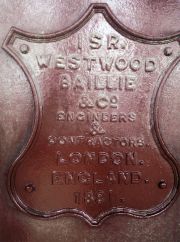 Also known as Westwood and Baillie.

1865-72 Along with many other local firms, Westwood, Baillie & Company had difficulty surviving the decline in Thames shipbuilding. Production at the London Yard continued with Westwood and Baillie acting as managers for the London Engineering and Iron Ship Building Co. Westwood, Baillie & Company regained nominal control of London Yard in 1872. The work was mainly for civil engineering projects. [1]

1872 'MONSTER HYDRAULIC BENDING MACHINE. The largest armour plate bending machine ever manufactured has just been completed by Messrs. Westwood, Baillie, and Co., and erected by them at Her Majesty's Dockyard, Pembroke. The machine has been tested with entire satisfaction, to the enormous pressure of 4,000 tons. The large cylinder and ram are capable of being moved on the bed so as to apply the pressure at any part between the columns to suit the difference in shape of the plates required to be bent. This movement is effected by means of a small hydraulic cylinder fixed on one end of the main bed casting. By a very ingenious arrangement of screw valves the water can be applied at either end of the small hydraulic cylinder, or it can be connected with the large cylinder, and the ram made to lift instantaneously. The machine consists of a massive cast-iron block, top and bottom, each weighing upwards of 24 tons. These blocks are connected by four large columns forged from the best scrap iron. The large ram is 40 5/8 inches in diameter, and is worked by a set of four pumps contained in one cistern, two being of large and two of small diameter; all four work in concert to lift the ram up to the plate to be bent, and when about 600 tons pressure has been attained the large pumps, by their own self action, throw out of gear, and the small pumps continue to work and produce the power necessary for bending the armour-plate. The whole weight of the machine complete is about 63 tons. About 40 machines of this description, but of smaller size, have been manufactured by Messrs. Westwood, Baillie, and Co. for the British and foreign governments and leading shipbuilding firms. The machines have performed great service in bending the armour plates for ironclad war vessels built of late years.' [2]

c.1881 Joseph Westwood, junior retired from his father's firm. On his father's death, Westwood set up new works as Joseph Westwood and Co with more modern machinery and appliances for constructing ironwork and steelwork of every kind, on the site of the old Napier Works at Millwall.