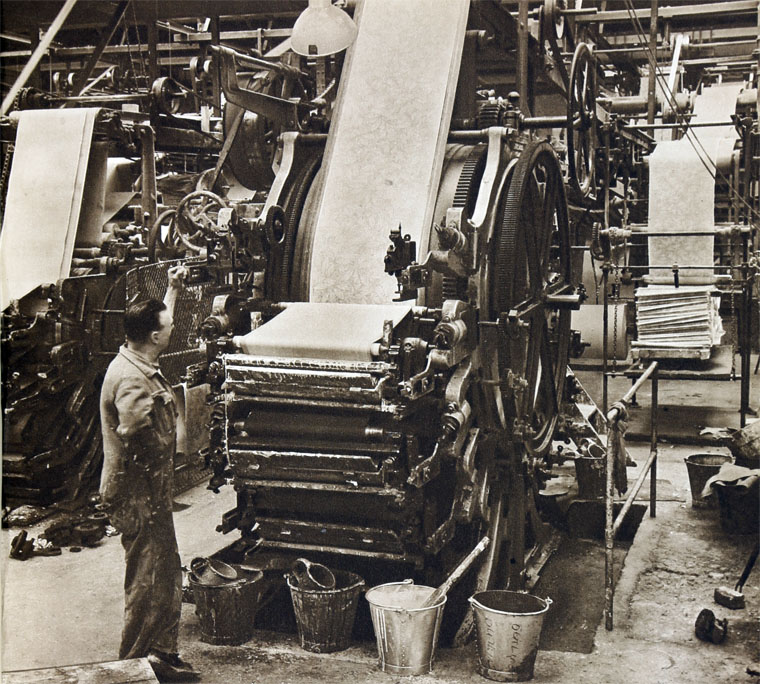 The foundation of this business dates back to 1885 when John Walker and Harry Carver, both of whom came from Lightbown, Aspinall and Co., decided to set up their own business. John Walker had his early training at Heywood, Higginbottom and Smith, Manchester, and introduced multi-colour engraved printing at Lightbown, Aspinall's, developing it further on his own account. In their early days the new firm specialised in "sanitaries", and undertook printing for other factories. Their success was immediate and cumulative, necessitating increase of plant to keep pace with the demand for their goods.

In 1890, Walker Carver's brought out and patented a line of goods known as "Sanitum Wallpapers", consisting of oil-colour designs printed with surface rollers in a surface-printing machine, and in October, 1894-, they received the Medal Award of the Sanitary Congress, held at Liverpool.

1899 Acquired by Wall Paper Manufacturers - both John Walker and Harry Carver became members of the Board.

New buildings and extensions were added to the premises during the years between the two wars.