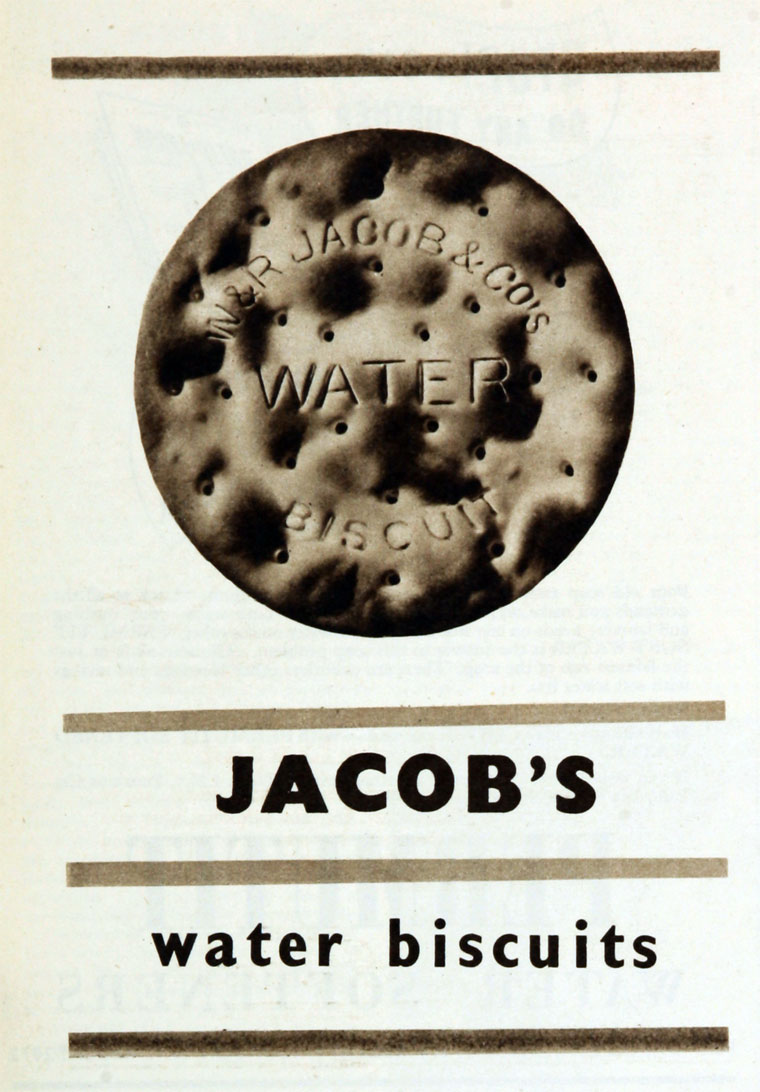 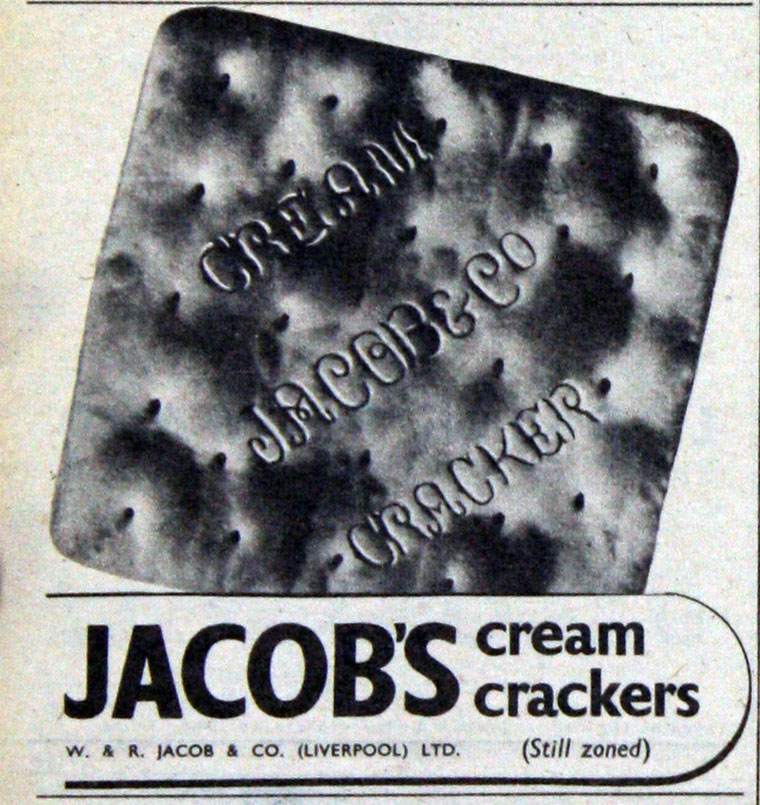 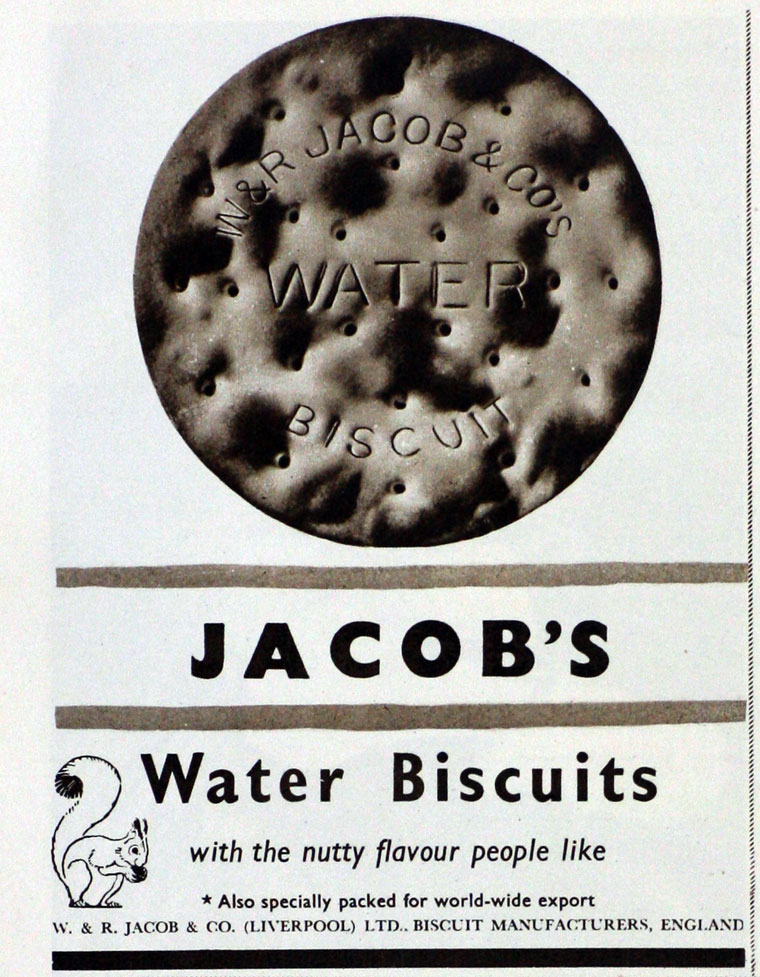 1850-60s The company grew to be Dublin's second-largest employer, after Guinness.

Jacob's Cream Crackers was introduced to the UK market.

1913 Despite being well looked after, the workers at the company joined the Great Strike and Lock Out, being the last to return to work.

Jacob's Biscuits became famous across the UK and world.

1922 A separate English company was formed. The Dublin branch retained the W. and R. Jacob name, while the Liverpool branch was renamed Jacob's Bakery Ltd.

1970s W. and R. Jacob in Dublin merged with Boland's Biscuits to form Irish Biscuits, and moved to Tallaght, Ireland.

1991 BSN, the French Danone Group, which already owned Jacob's and had a significant interest in W and R Jacob made a recommended offer for the company[4]