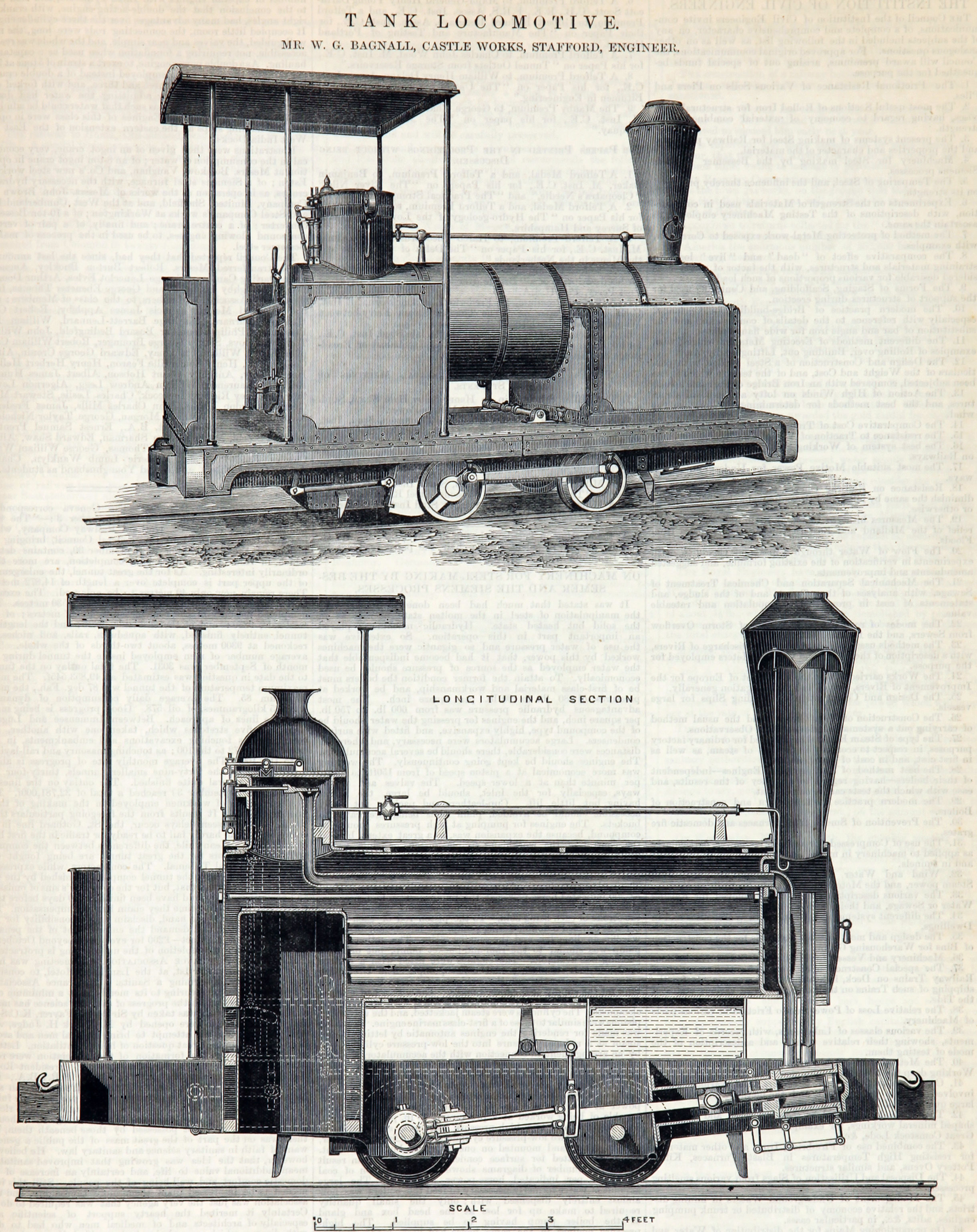 1875 The business was founded by William Gordon Bagnall who took over the millwright business of Massey and Hill.

1876 Produced their first railway locomotive. The majority of their products were small four and six-coupled steam locomotives for industrial use, and many were narrow gauge. They were noted for building steam and diesel locomotives in standard and narrow gauges.

1876 Exhibitor at the Royal Agricultural Show at Birmingham with a brick press capable of producing 20,000 per day. [1]

1889 Showed light railway plant suitable for farms and contractors at the RASE at Windsor. [3]

1894 Narrow gauge locomotive for 2ft gauge. Illustration in The Engineer. [4]

Bagnalls introduced several novel type of locomotive valve gear including the Bagnall-Price and the Baguley. They also used marine (circular) fireboxes on narrow gauge engines, a design that was cheap but needed a different firing technique.

Some of the designs of Kerr, Stuart and Co were brought to Bagnalls when they employed the chief Draughtsman of Kerr Stuart and Co. Examples of such locomotives can be seen on the Sittingbourne and Kemsley Light Railway.

1959 W. G. Bagnall was sold to W. H. Dorman and Co, a neighbouring Stafford diesel engine maker, by Heenans in exchange for Dorman 'A' shares [7].