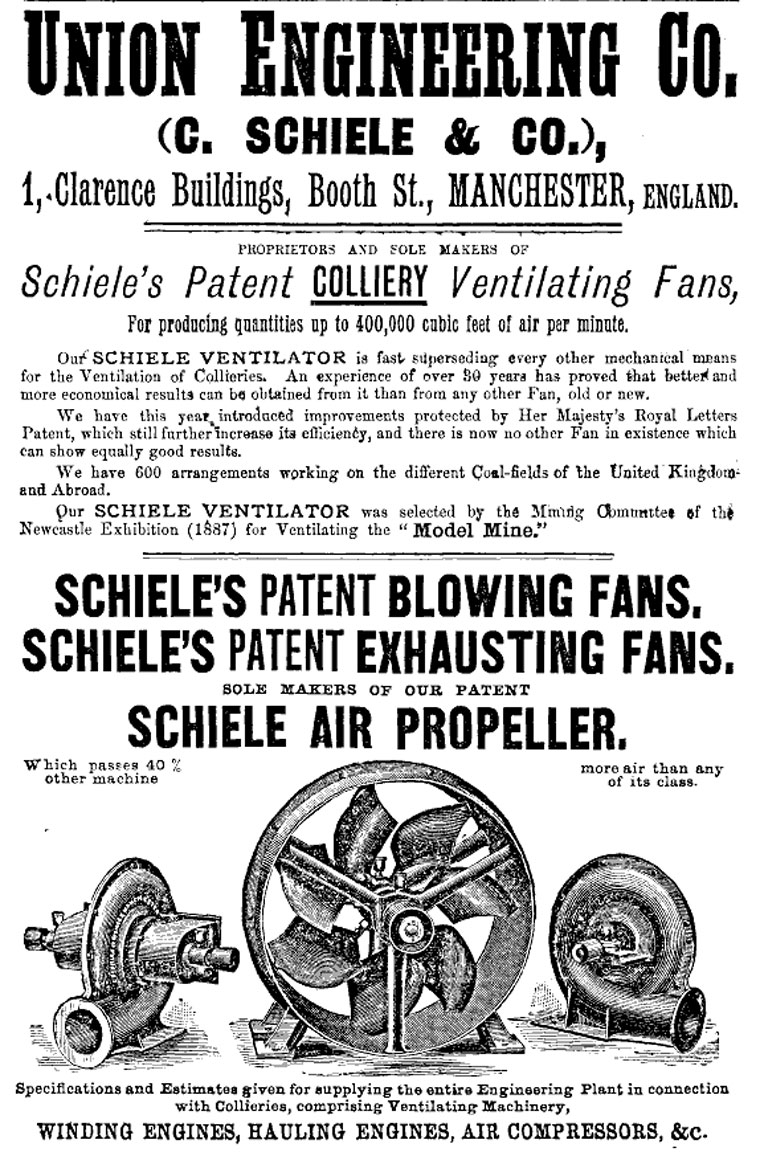 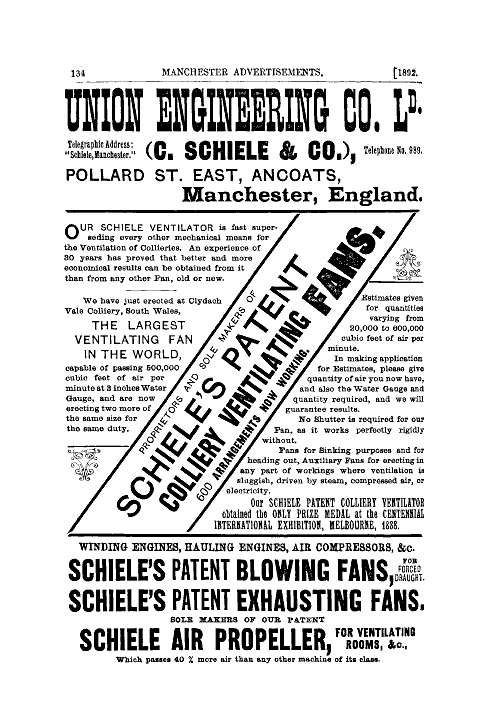 of Manchester, Maker of stationary engines. [1]

By 1870 was late C. Schiele and Co and Crighton, Teal and Diggle - see advert