Grace's Guide is the leading source of historical information on industry and manufacturing in Britain. This web publication contains 148,552 pages of information and 233,970 images on early companies, their products and the people who designed and built them. 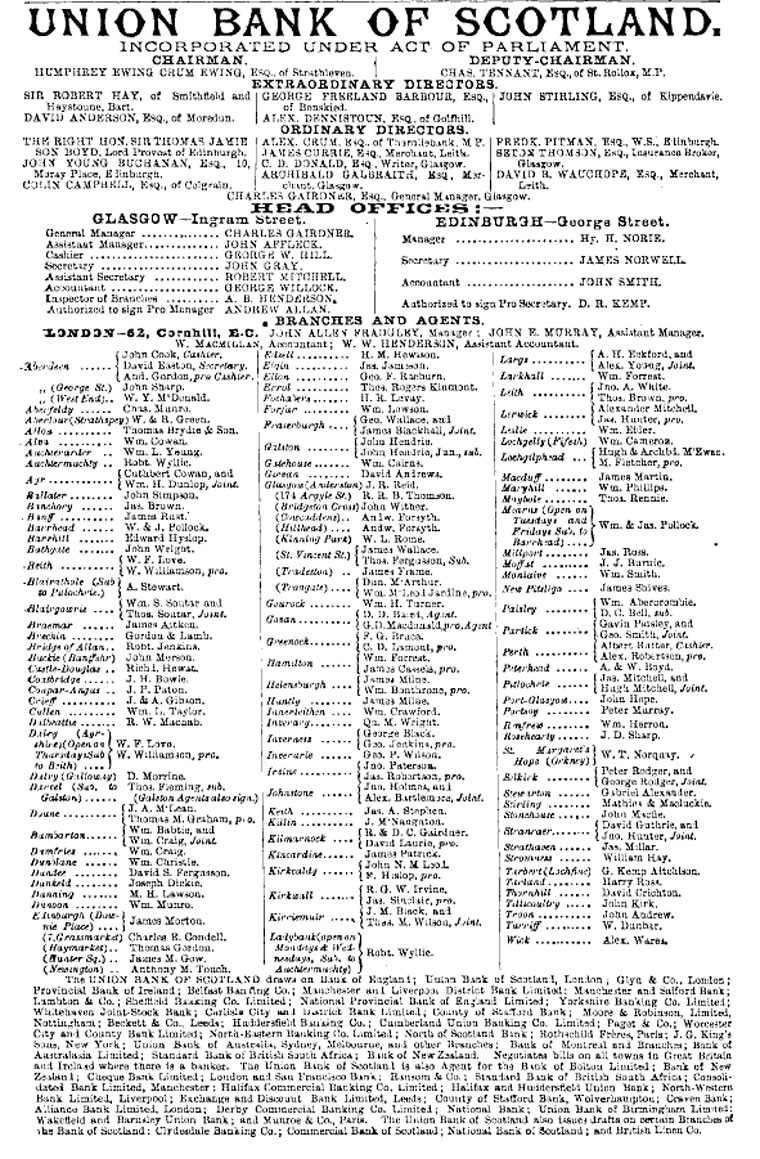 1830 the Glasgow Union Banking Company was established, the first of a number of joint-stock banks set up in the city at that time. The shareholders were mostly merchants and manufacturers.

The bank's business grew rapidly between 1836 and 1843, primarily as a result of amalgamations. These included the Thistle Bank, Sir William Forbes, James Hunter and Company, the Paisley Union Bank, Hunters and Company of Ayr and the Glasgow and Ship Bank.

1843 the Company changed its name to the Union Bank of Scotland, reflected the Bank's status, both in terms of its geographical reach and its impressive balance sheet.

During the 1840s and 1850s, the Bank became more adventurous in its lending. It advanced money to industries as diverse as textiles, iron, coal, shipbuilding and railways. To fund this, it needed to increase deposits, so it began to expand its branch network.

By 1857, the Union Bank had 97 branches; this was more than any other bank in Scotland.

1878 A London office was opened

1919 The bank was one of eight that subscribed to the British Overseas Bank.

The bank's fortunes were inextricably linked with the rise and fall of heavy industry. It had lent extensively to this sector, which lurched from crisis to crisis for much of the inter-war period.

1930s the Union Bank explored the possibility of a merger with the Bank of Scotland without success.

1952 Agreement was reached for the 2 banks to merge in 1955. The St. Vincent Street building became Bank of Scotland's chief office in Glasgow.