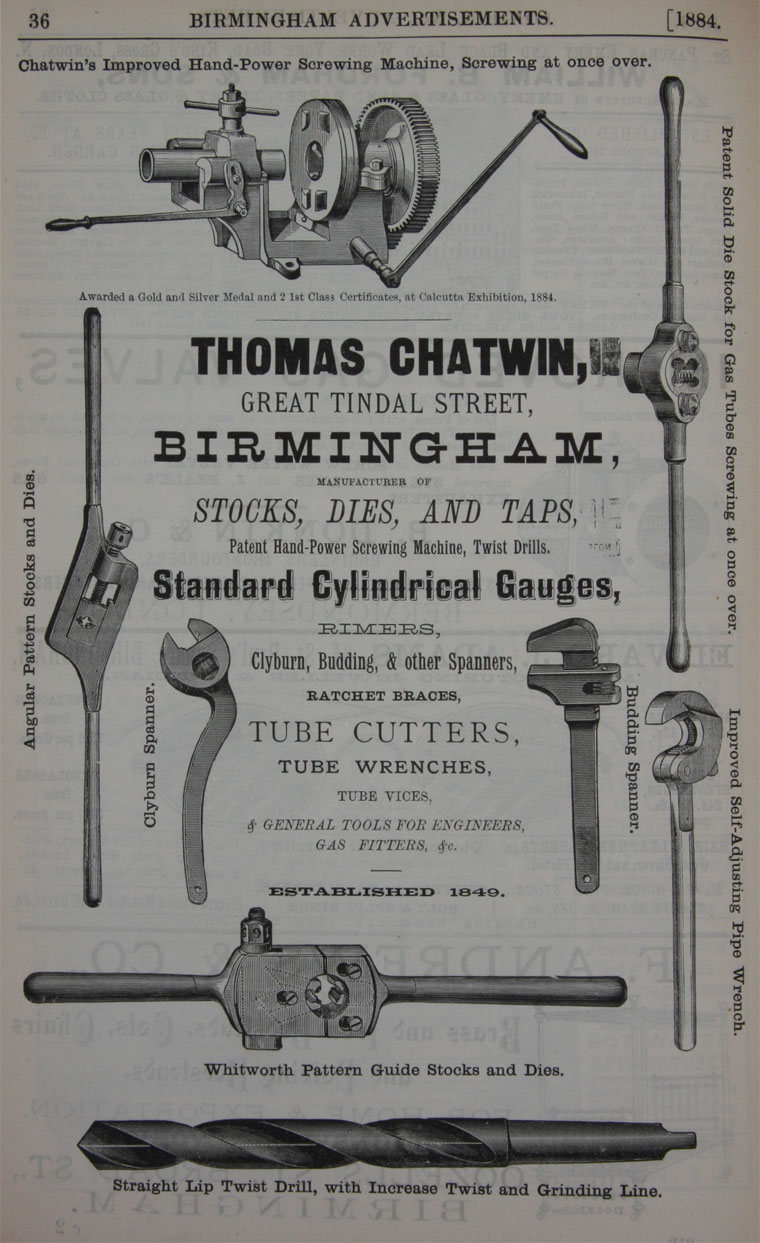 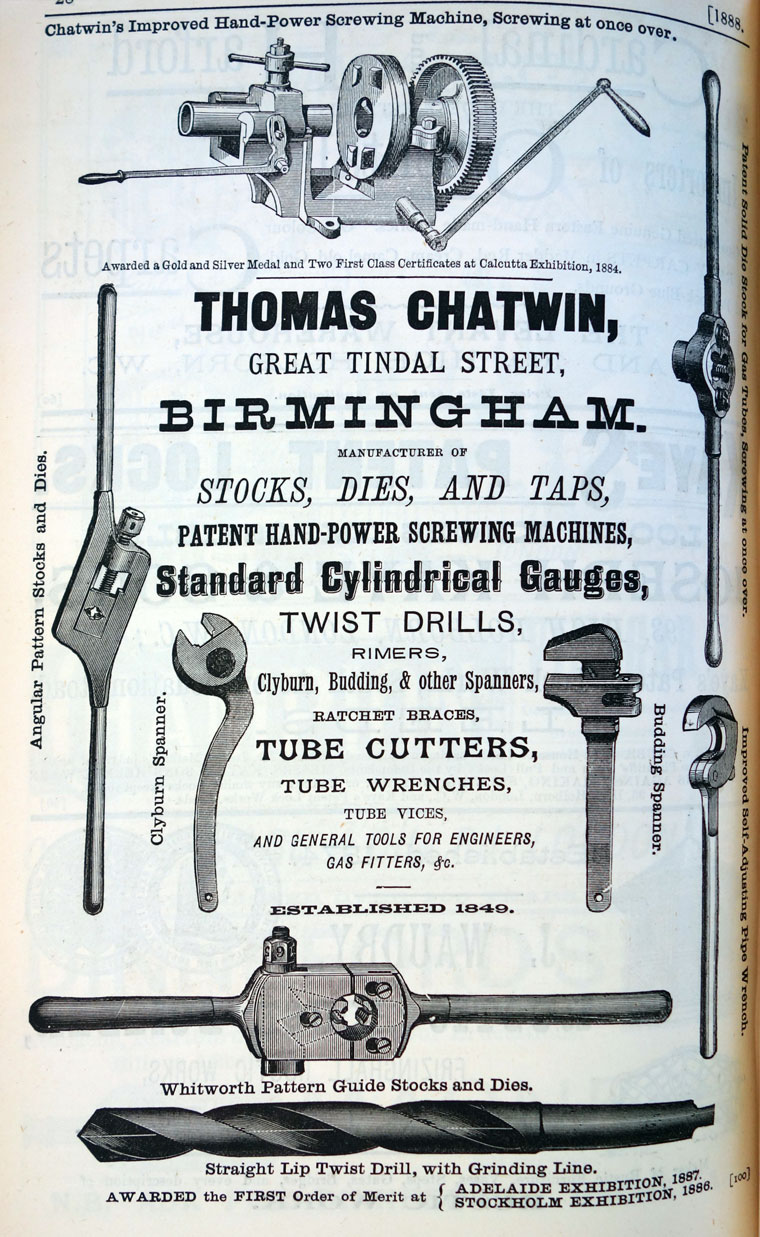 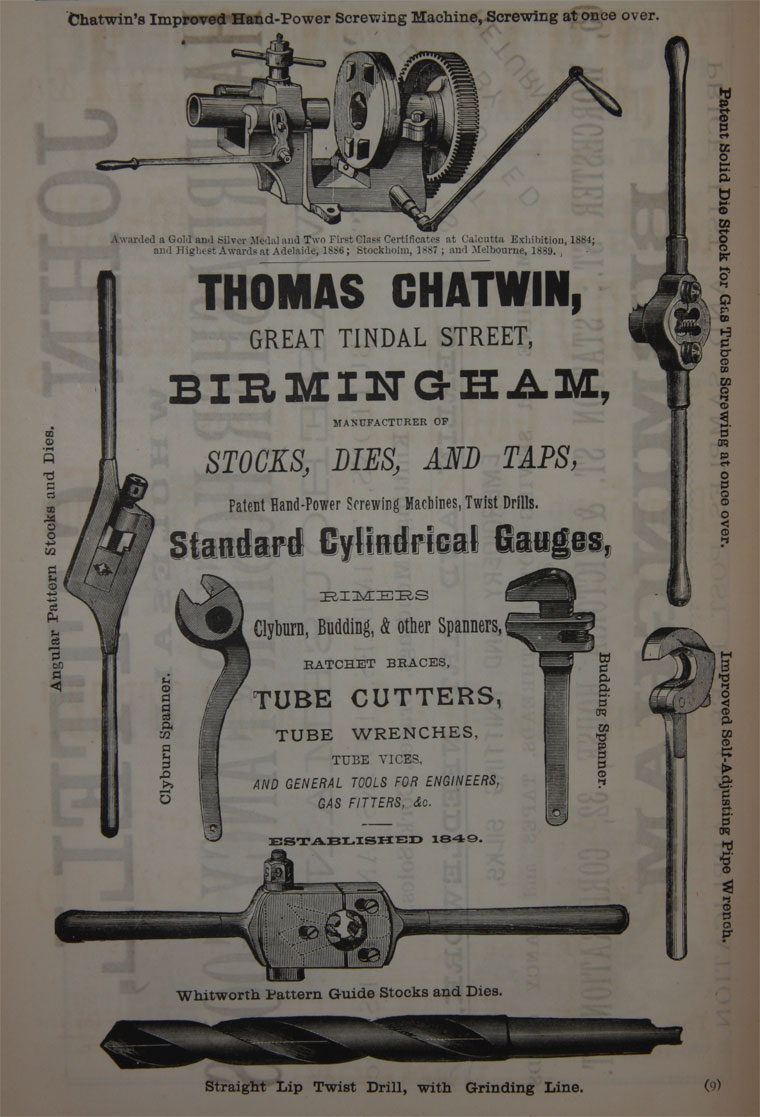 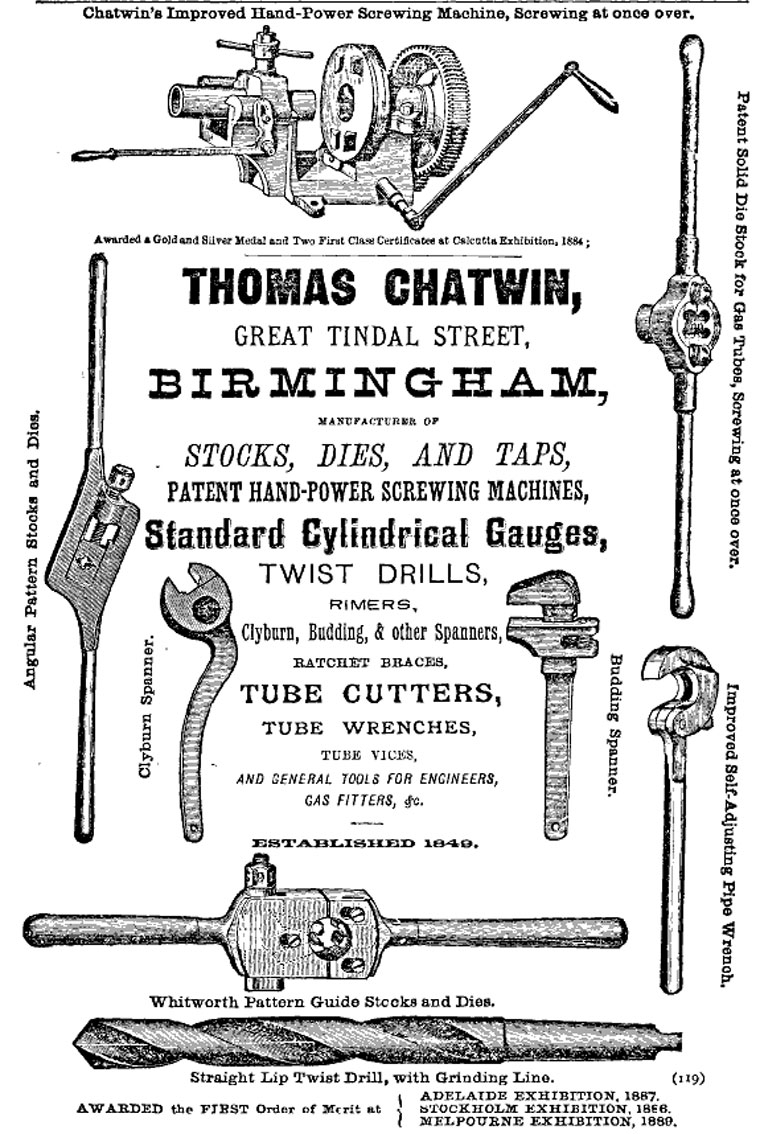 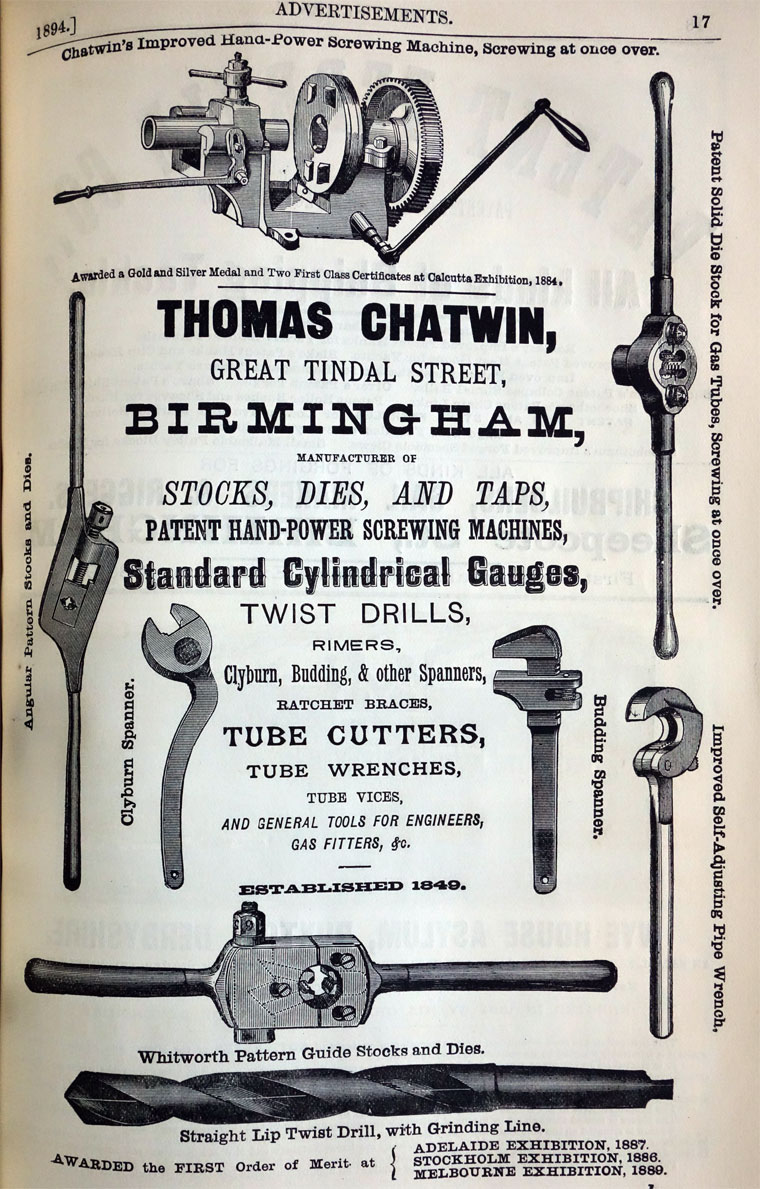 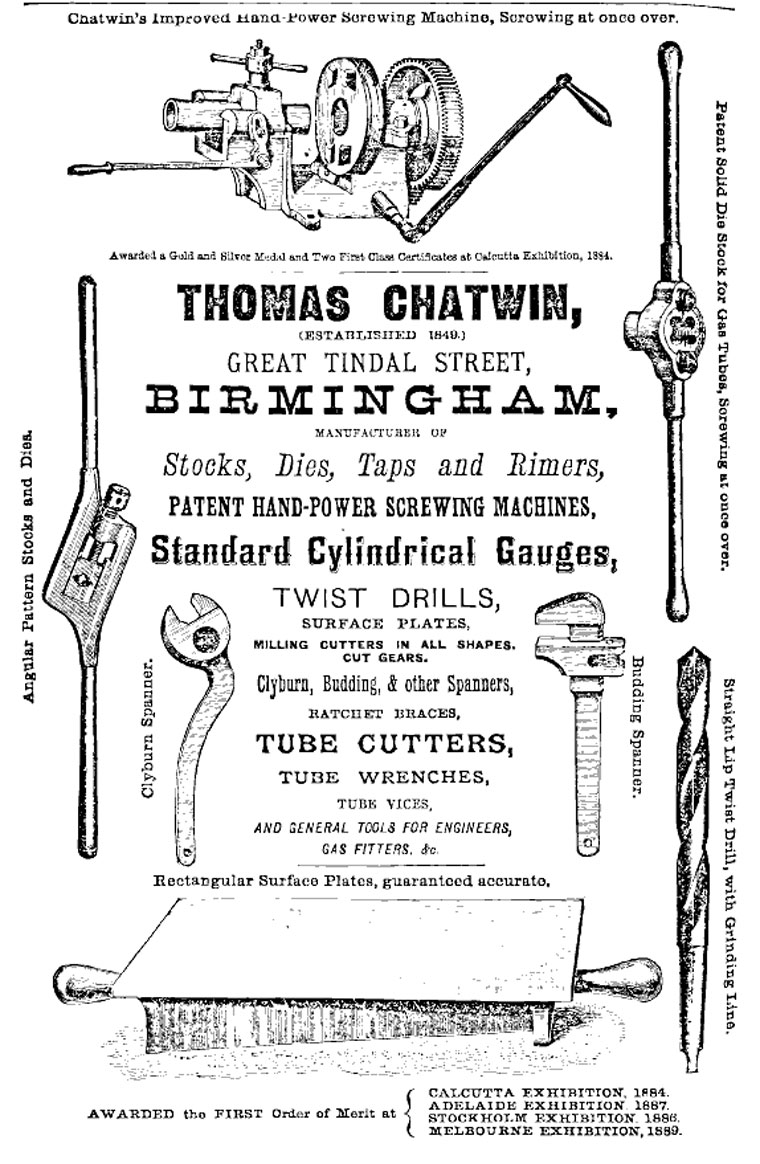 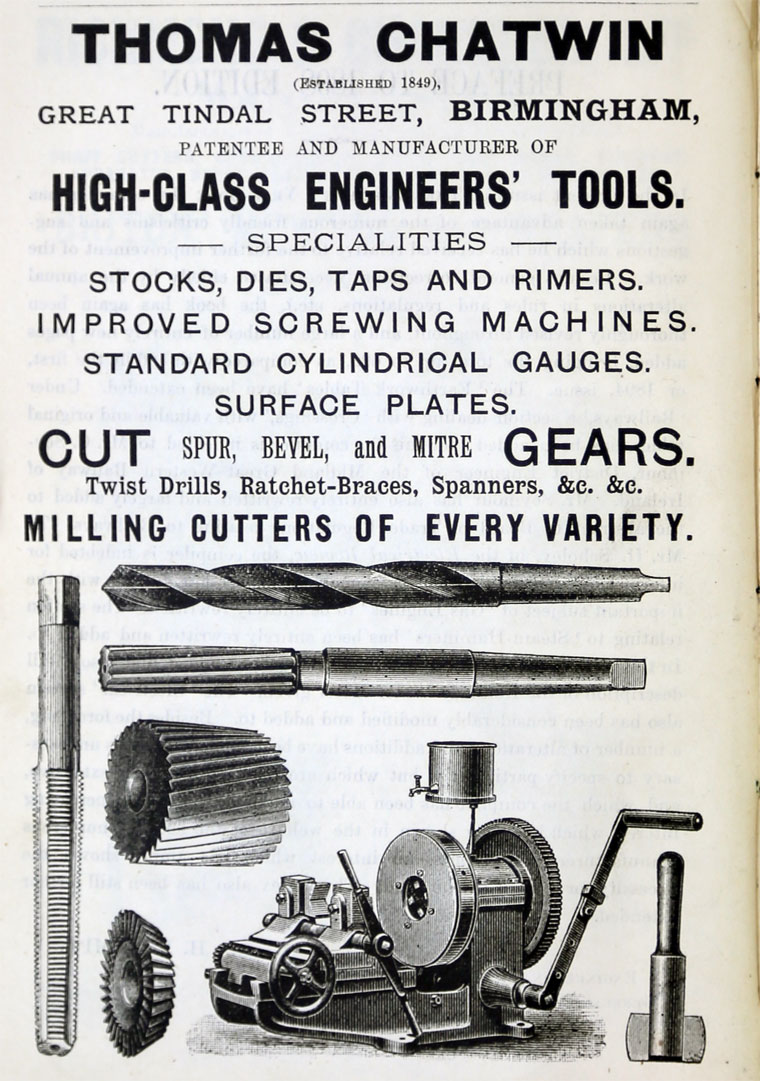 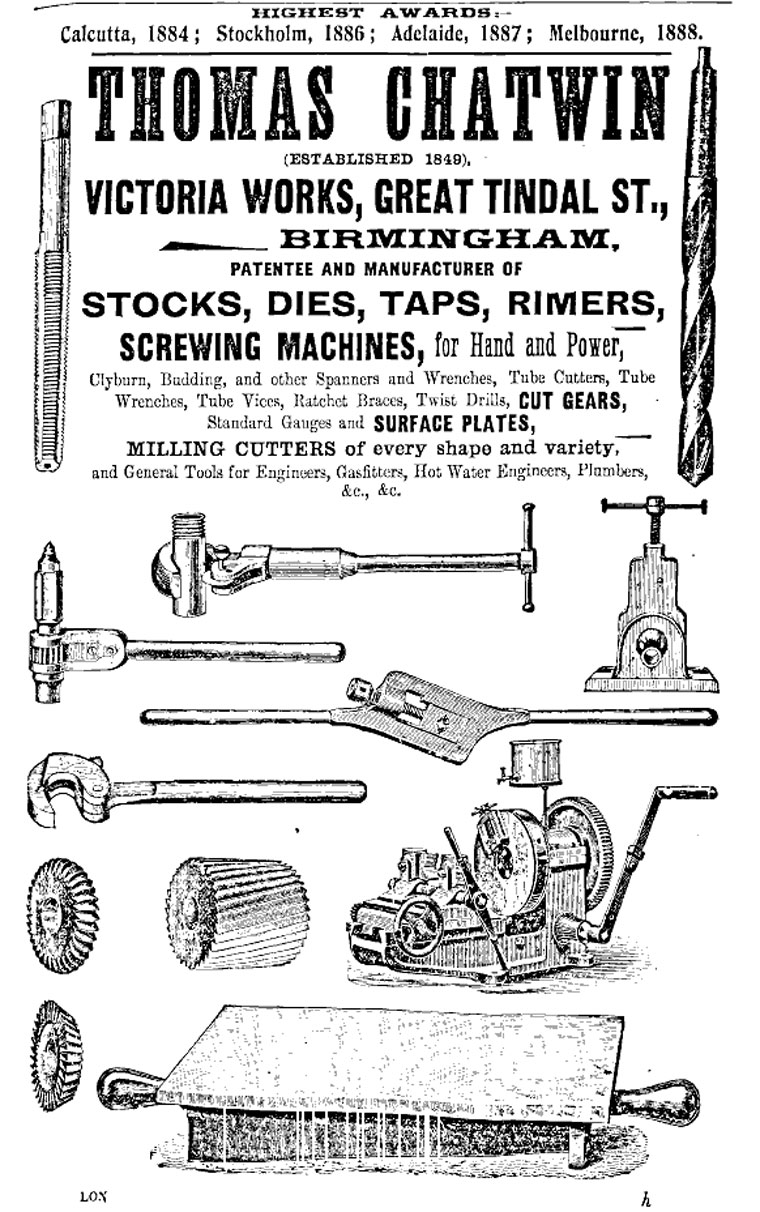 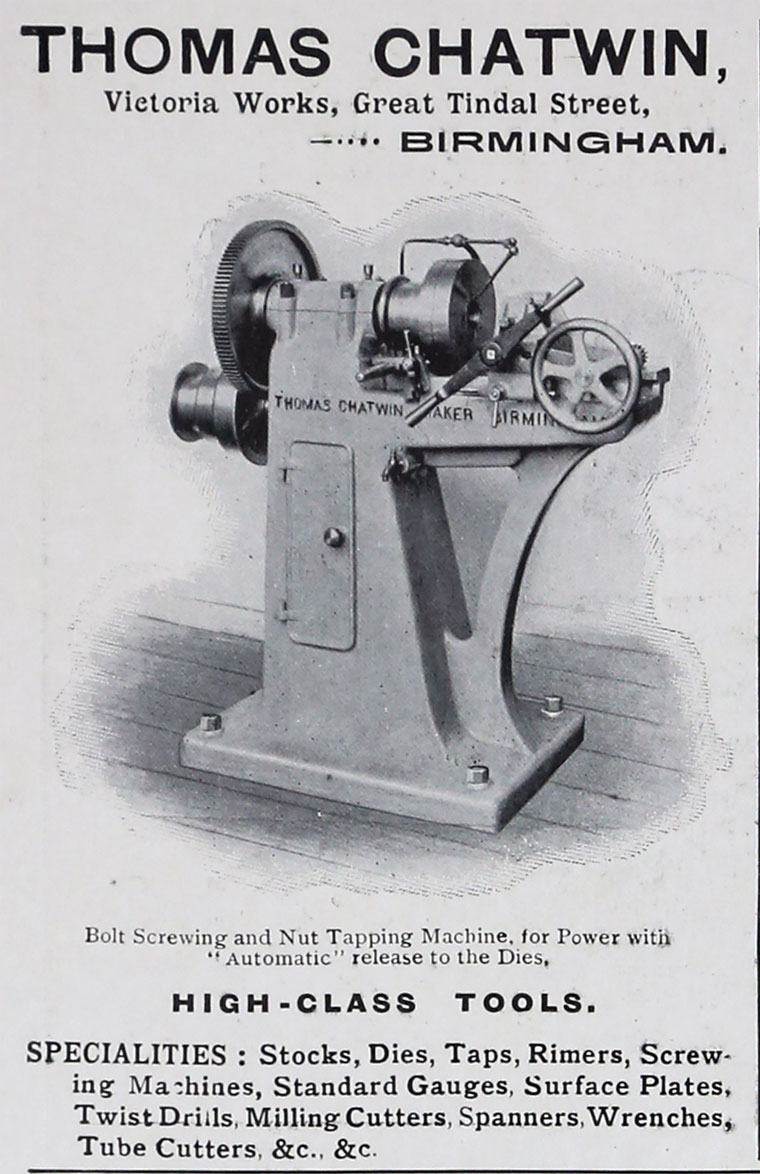 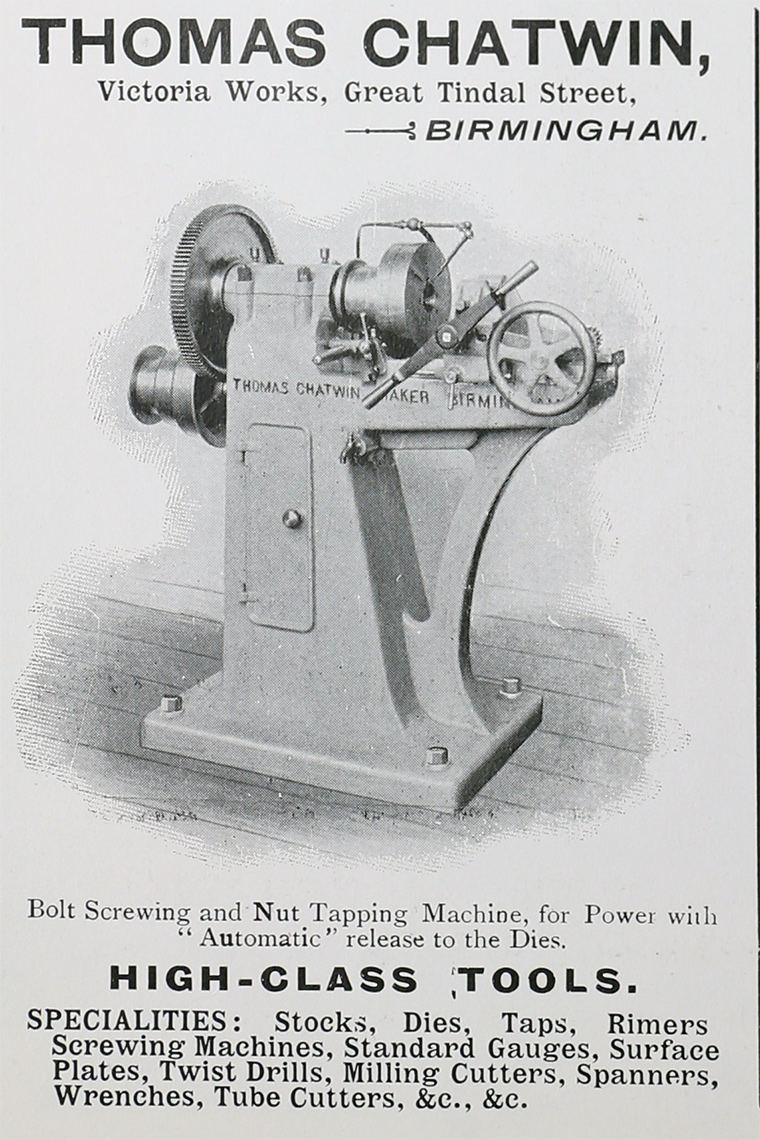 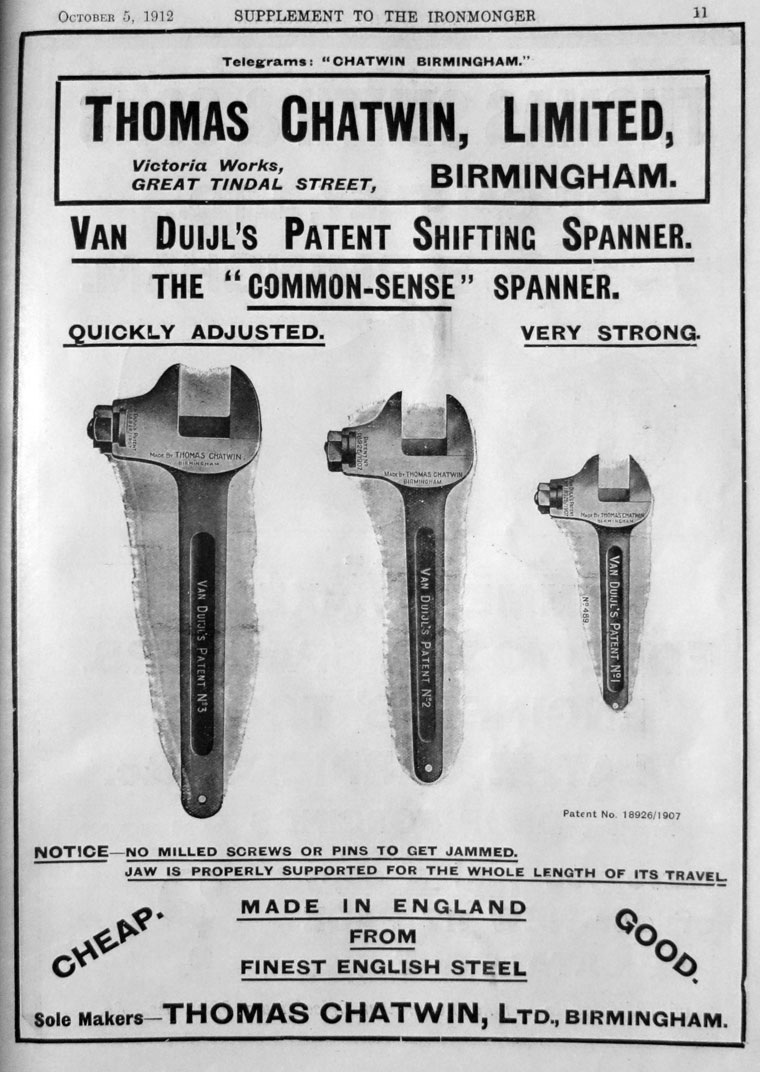 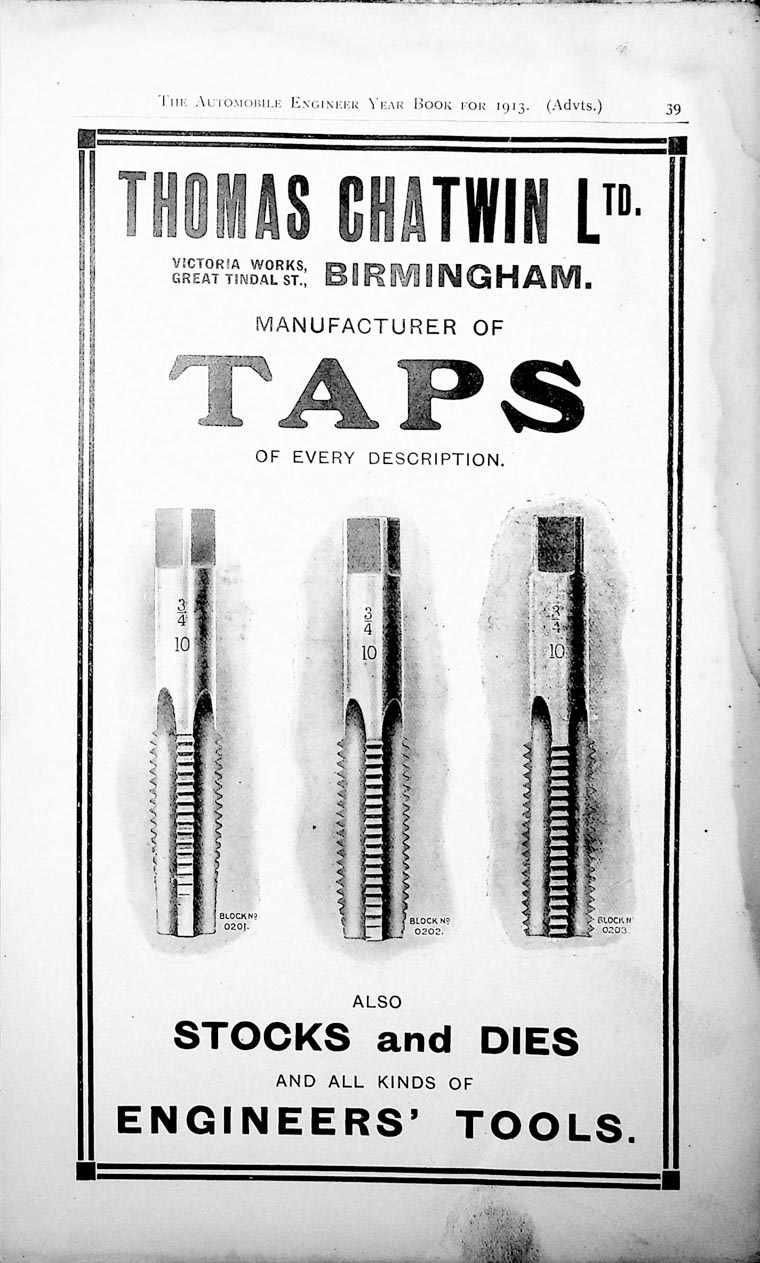 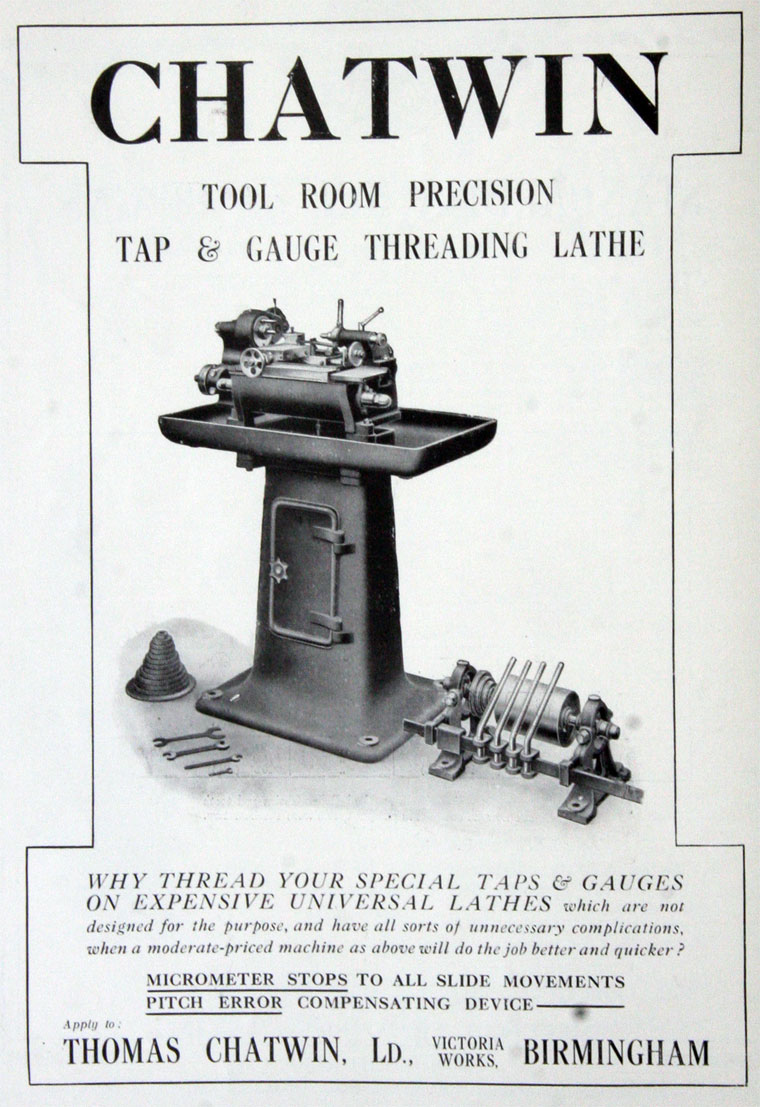 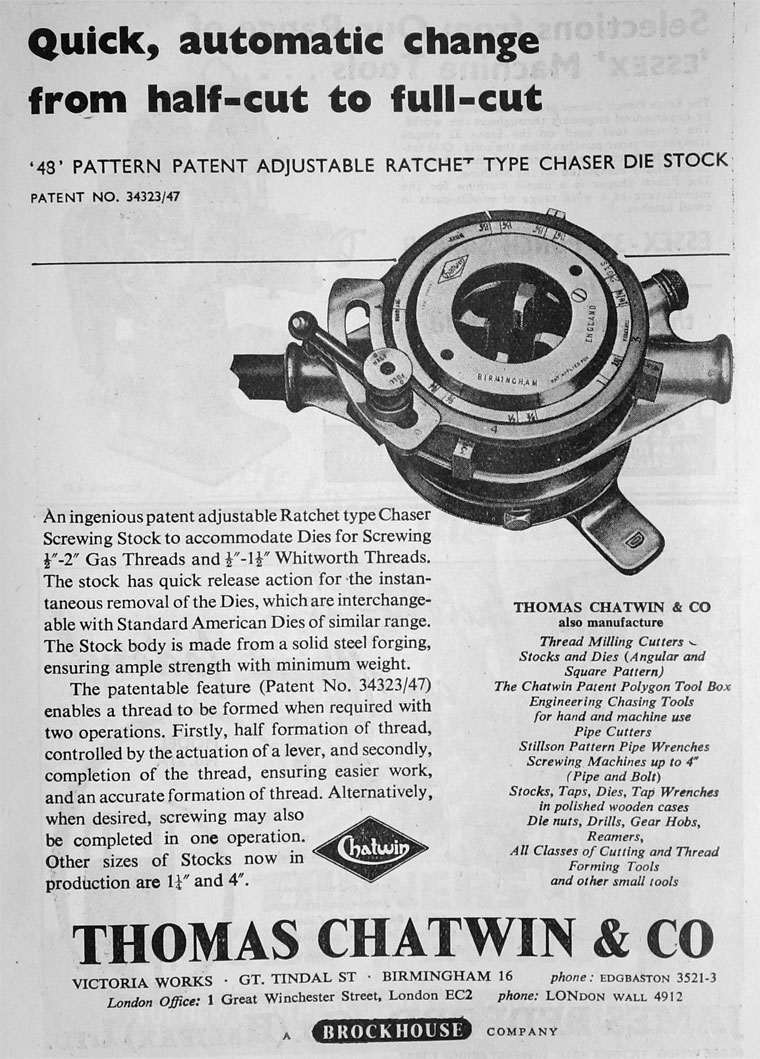 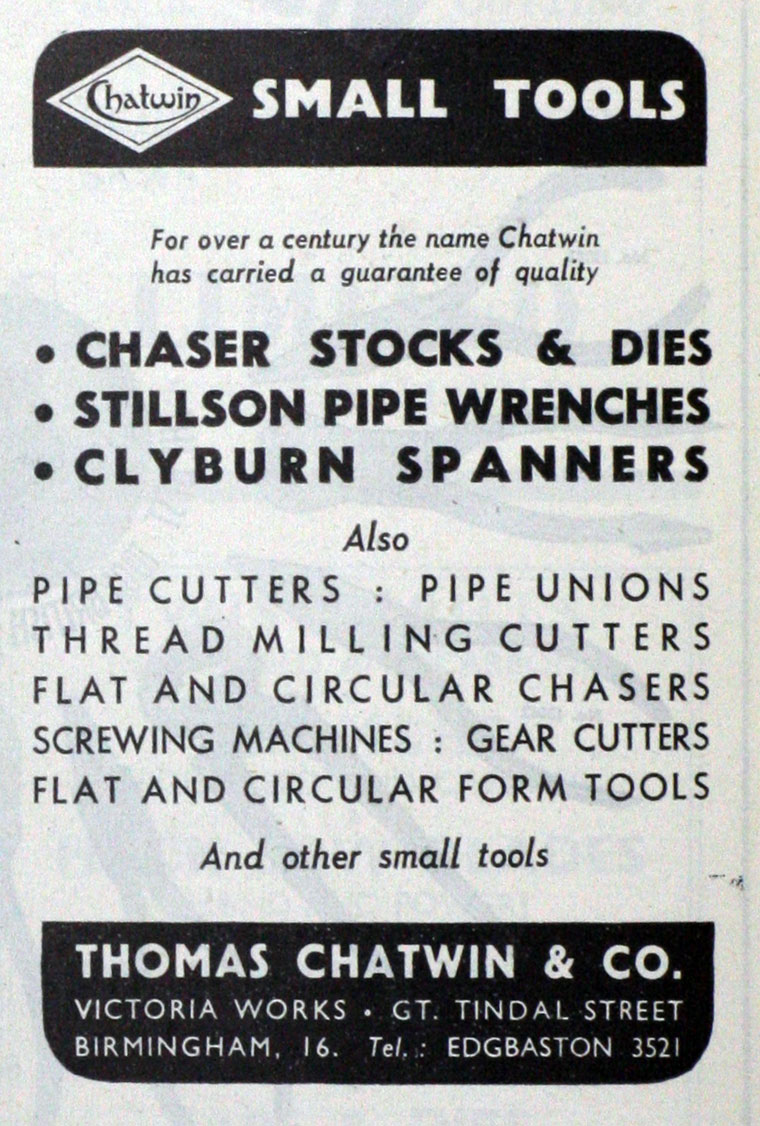 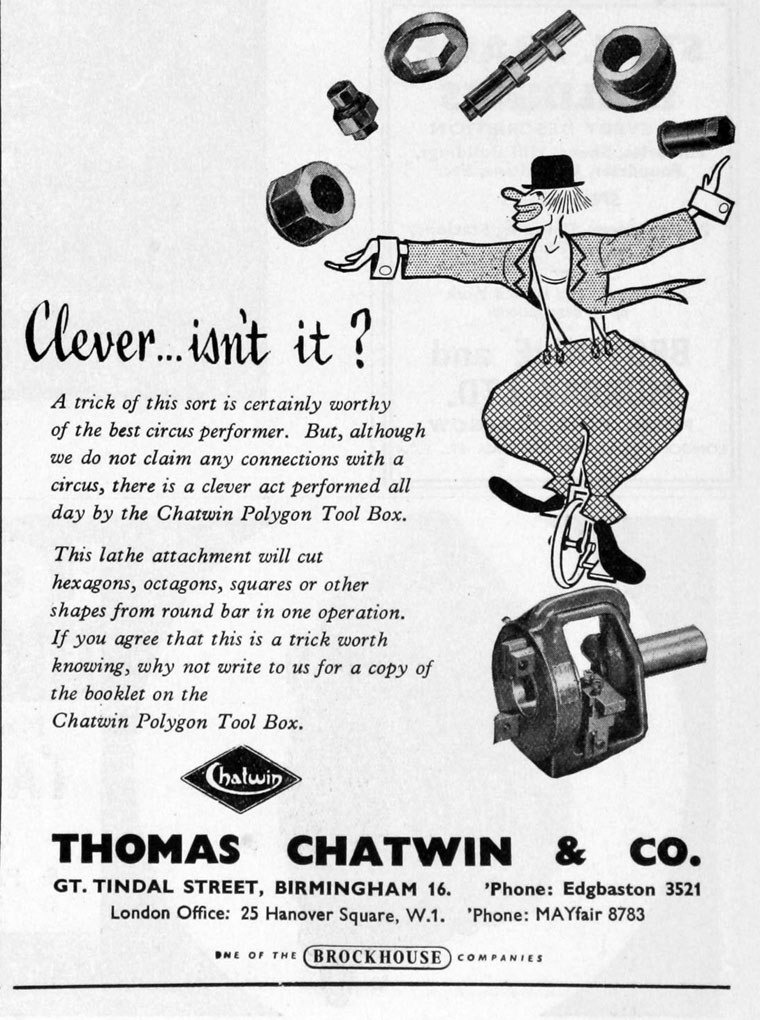 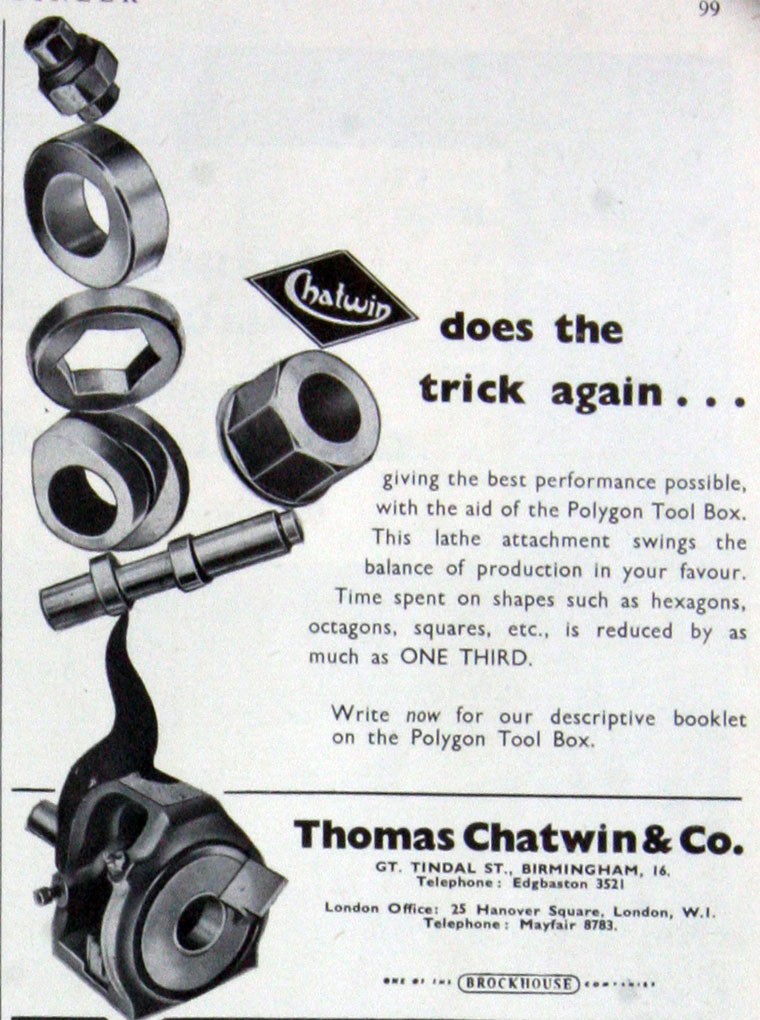 1856 The partnership of Goodby, Chatwin and Taylor was dissolved.

1861 Partnership dissolved. '...undersigned, Thomas Chatwin and Charles Taylor, as Stock Die and Tool Makers, at Birmingham, has been this day dissolved by mutual consent, as from the 25th instant. All debts will be received and paid by the said Thomas Chatwin...'[1]

1876 Mention of 'the premises called or known as the Victoria Works and now in the occupation of Thomas Chatwin of Birmingham Tool Manufacturer,'[2]