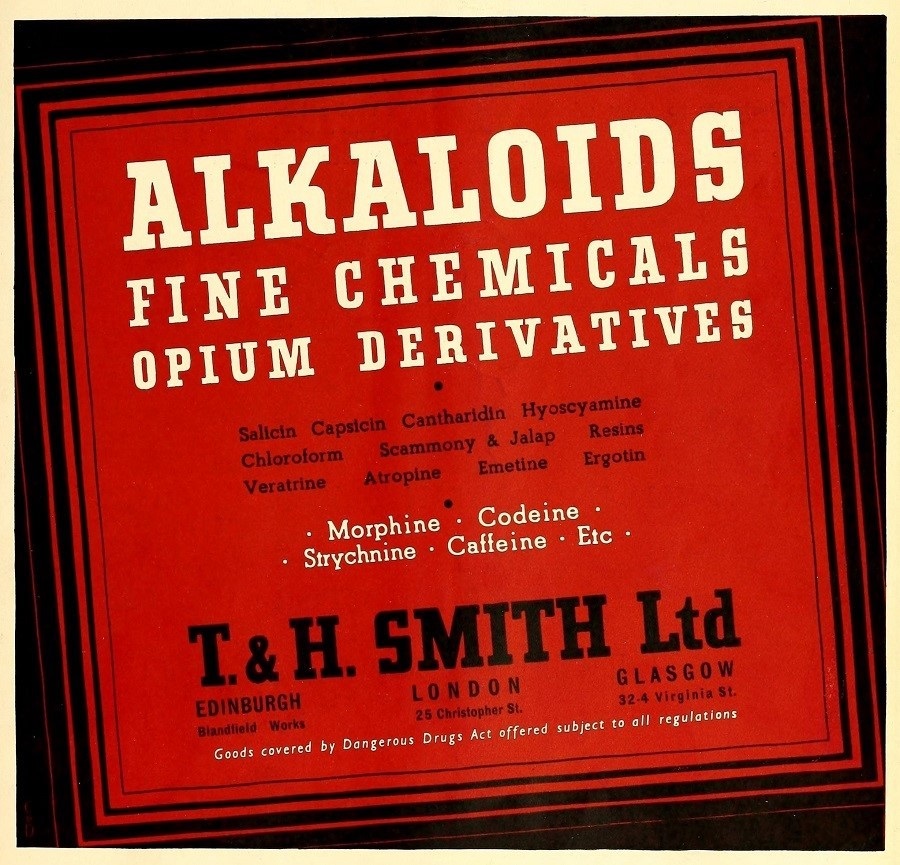 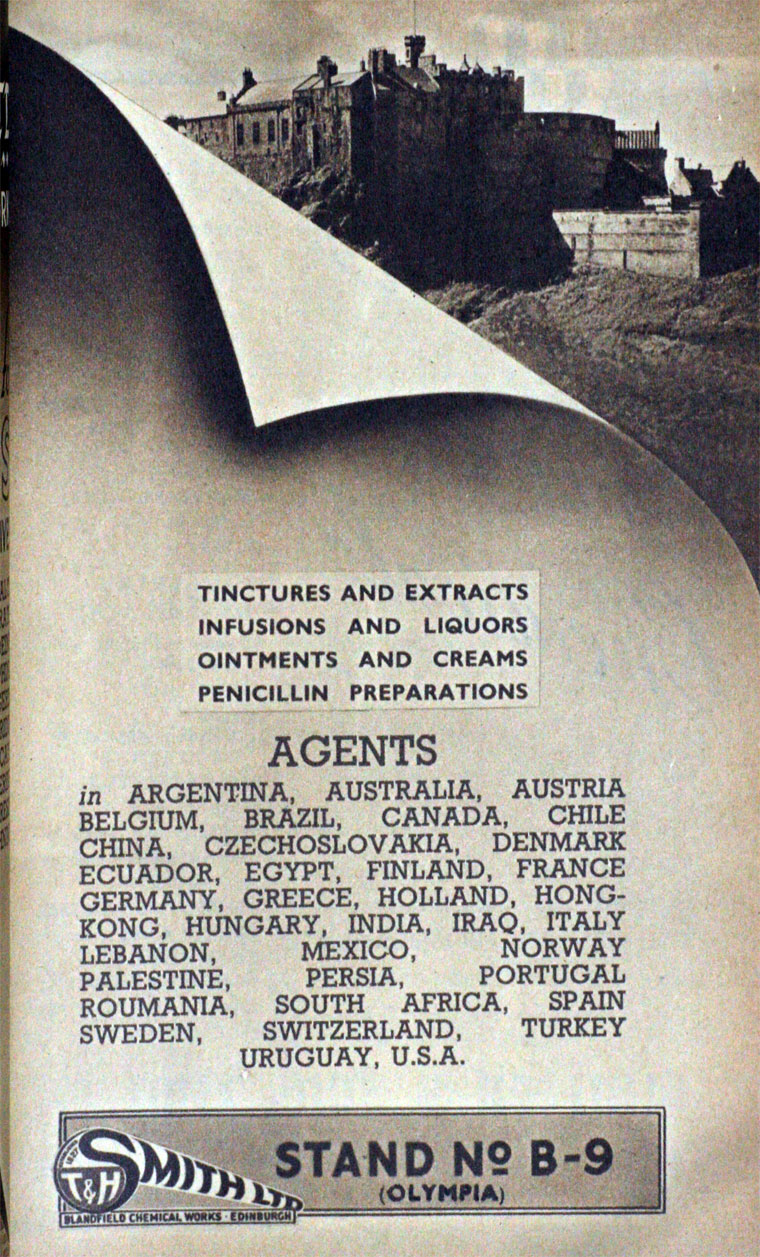 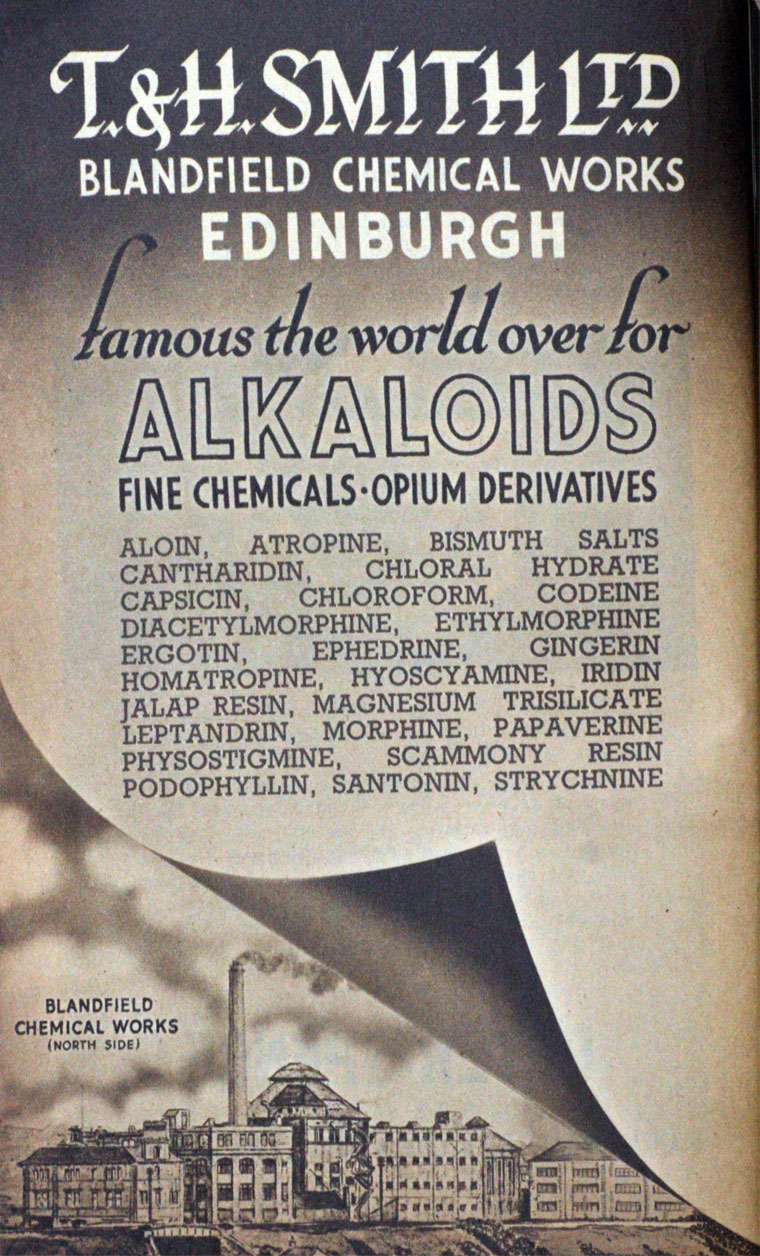 1827 Company established as a chemists at 21-23 Duke Street, Edinburgh by brothers Thomas and Henry Smith.

1840 Having bought Blandfields Chemicals in Canongate and moved into their premises, the company developed the first liquid essence of coffee, later supplemented by creating various carbonated beverage flavours.[1]

1855 The first Morphine injection was developed. T and H Smith was the first company to produce commercial quantities of Apomorphine, and then Diamorphine in 1887.[3]

1904 The company was registered on 9 February, to acquire the business of a company of practically similar title, manufacturing chemists and druggists. [4]

During World War I, the company supplied Morphine and over 7,500 long tons (7,600 t) of Lint-based medical dressings to the British Army.[5]