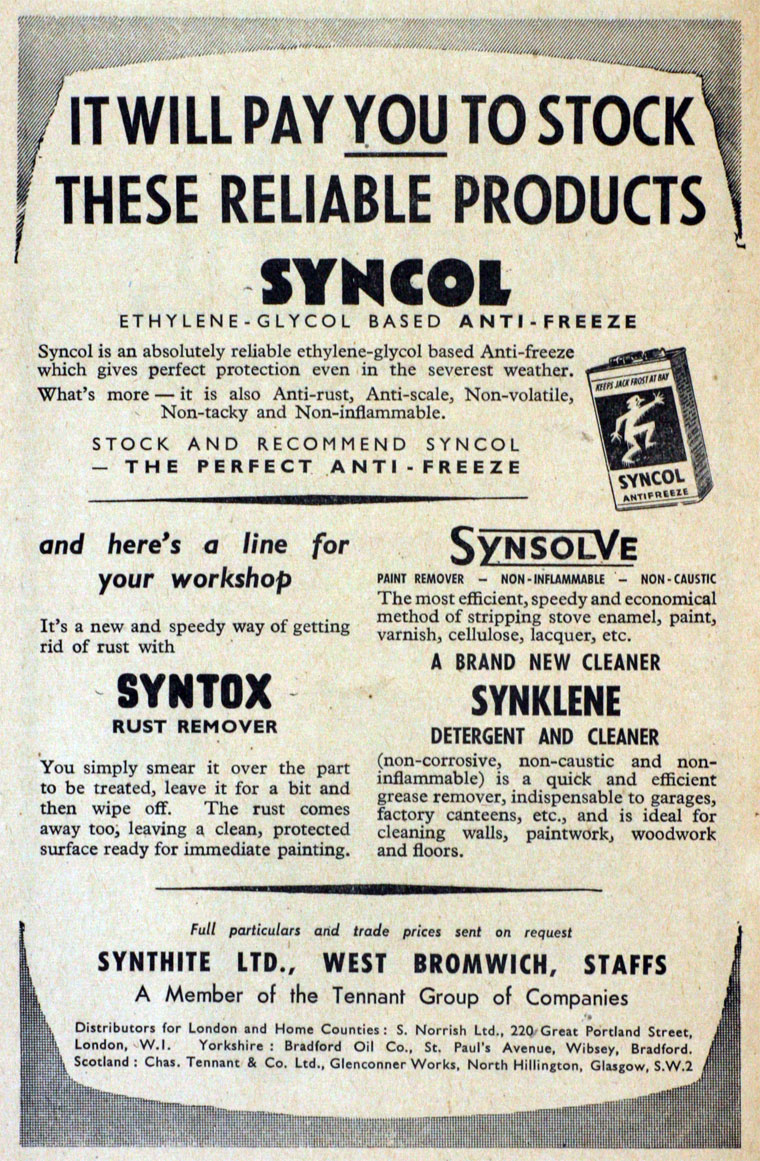 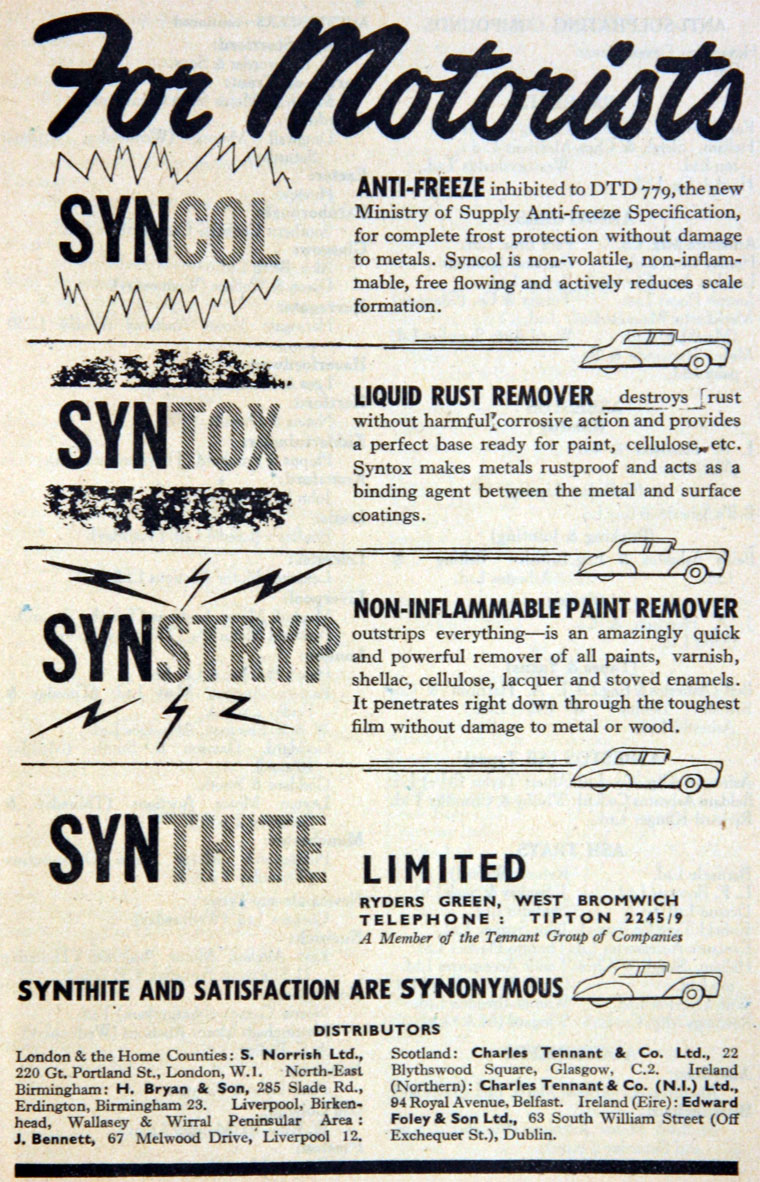 1928 Incorporated into the Charles Tennant Group.

1967 Distillers' interest sold to BP together with many of Distillers other chemical interests[1].

1991 All production moved to North Wales.

2004 (November) British Industrial Plastics was acquired by Synthite Limited, the UK's leading manufacturer of formaldehyde and a member of the Tennants Consolidated group. Renamed BIP (Oldbury)