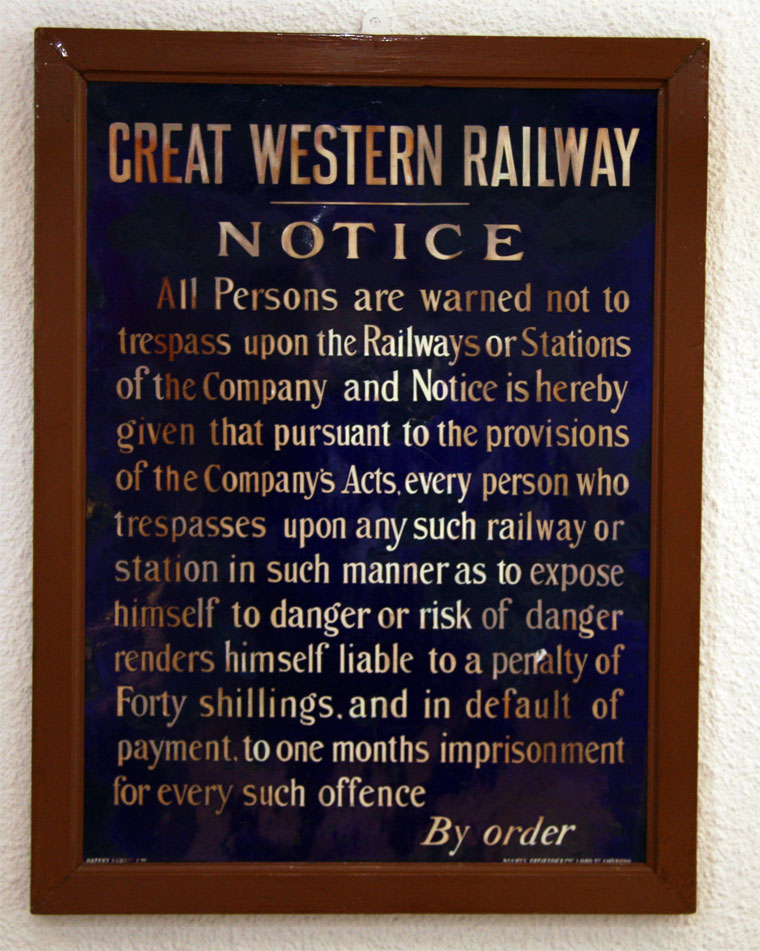 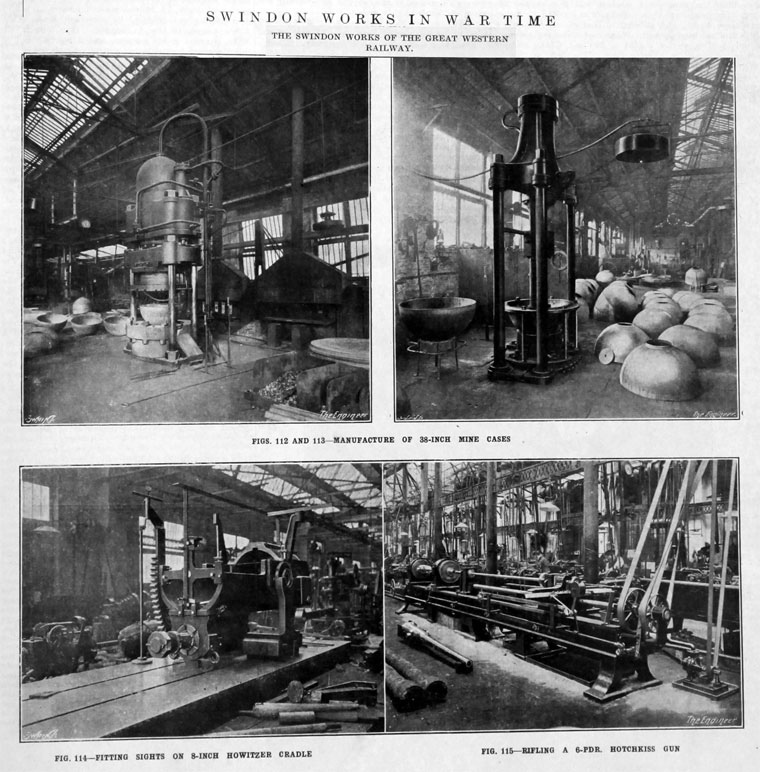 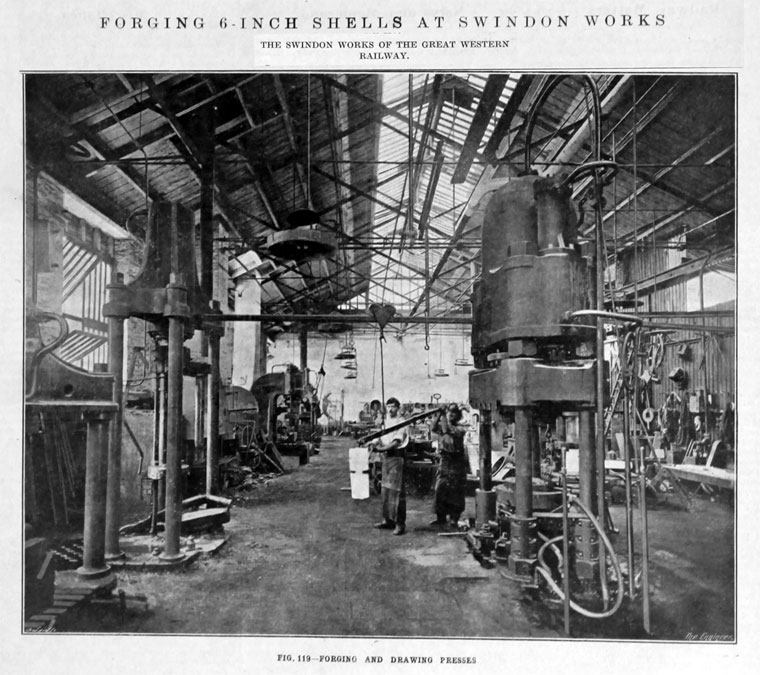 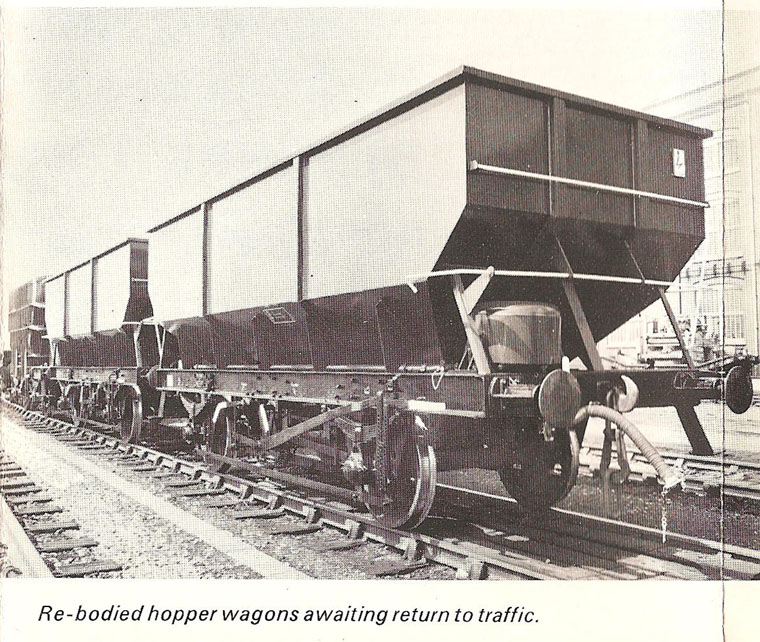 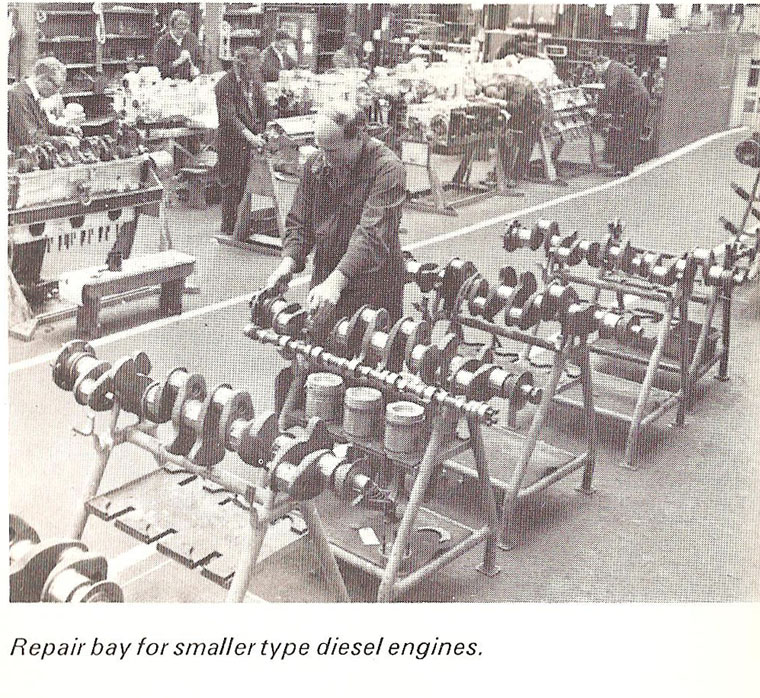 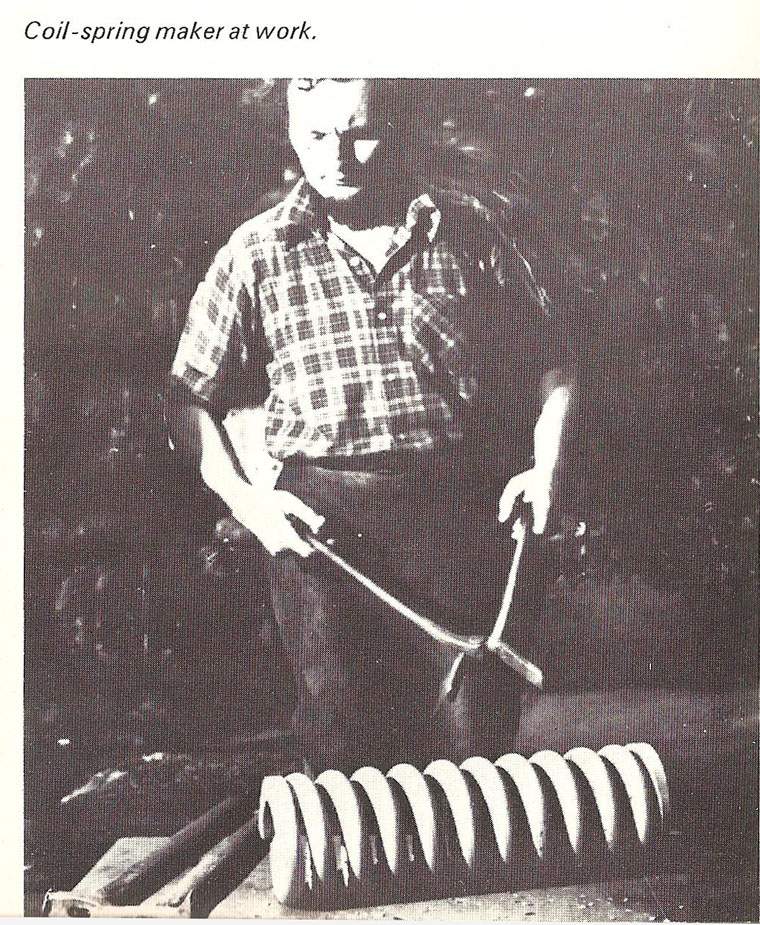 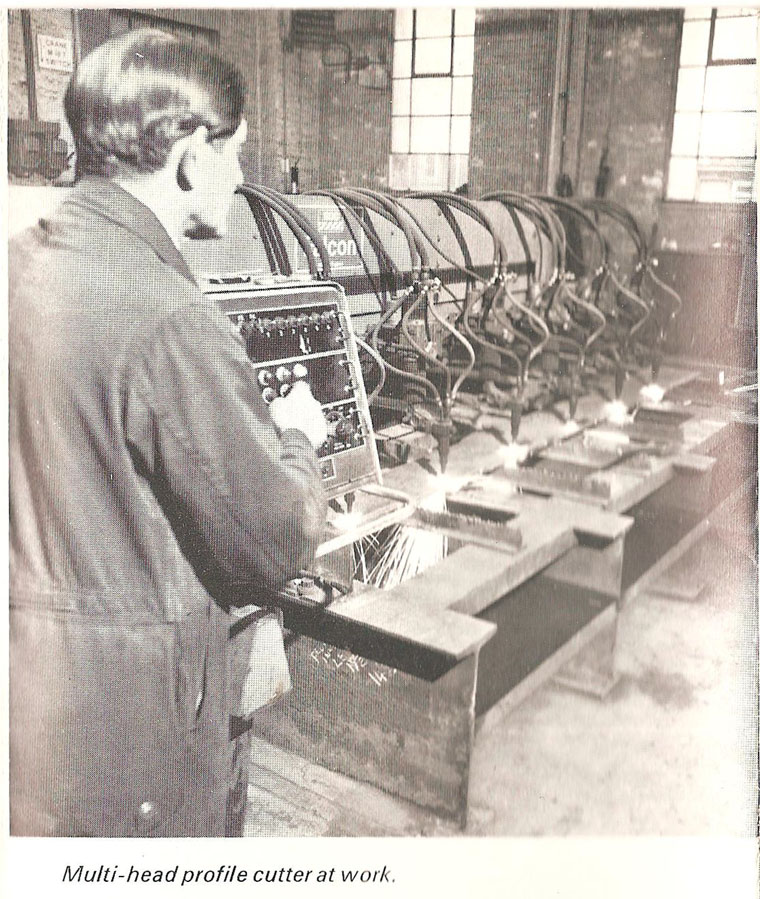 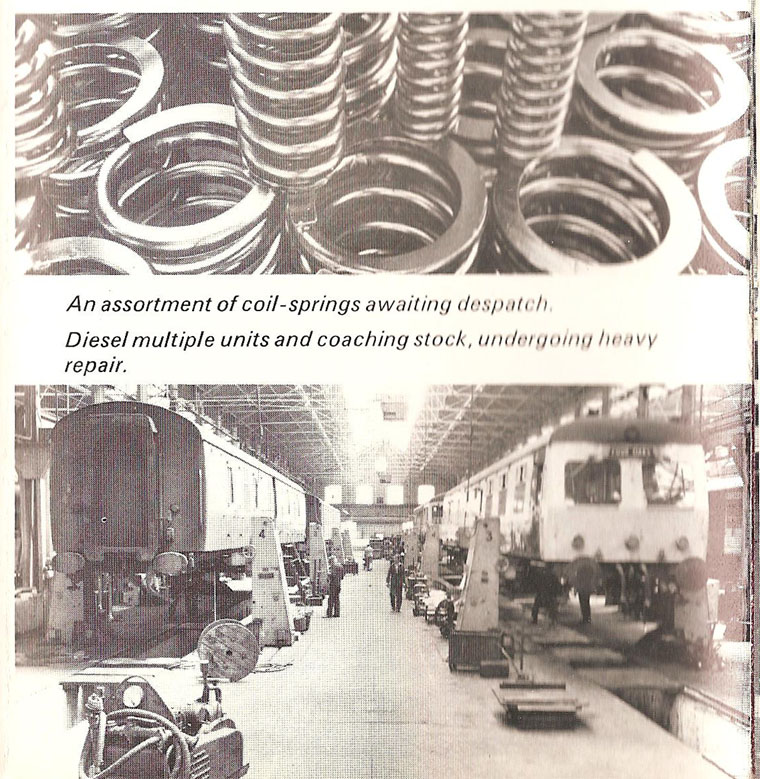 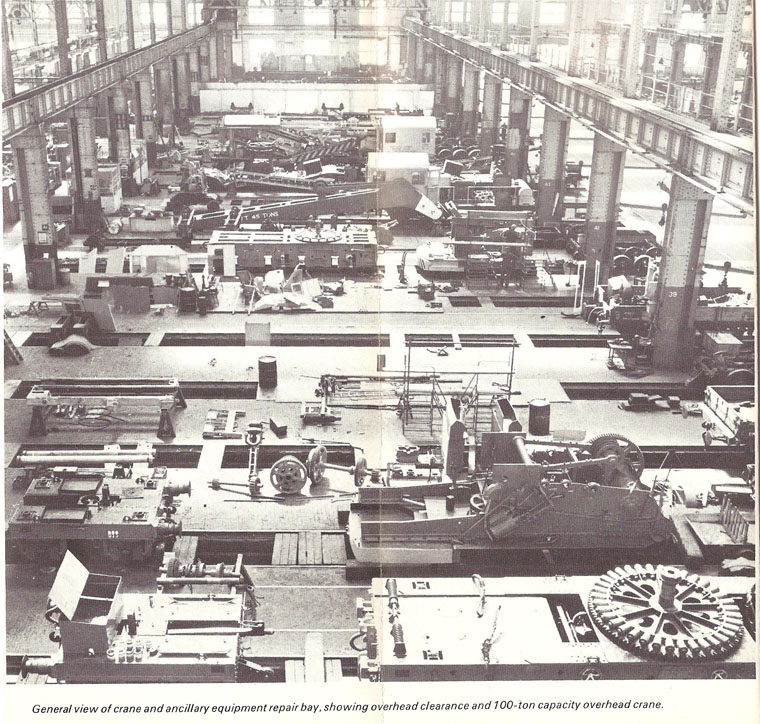 In 1835 parliament approved the construction of a railway between London and Bristol, giving the role of Chief Engineer to Isambard Kingdom Brunel. From 1836, Brunel had been buying locomotives from various makers for the new railway. Few of them were satisfactory, some suggest, because of Brunel's specifications. In 1837, Brunel recruited Daniel Gooch and gave him the job of rectifying the situation.

It became clear that the GWR needed a central repair depot so, in 1840 Gooch identified a site at Swindon because it was at the junction of the Cheltenham branch and also a "convenient division of the Great Western line for engine working". With Brunel's support, Gooch made his proposal to the GWR directors, who, on 25 February 1841, authorised the establishment of the works at Swindon. Construction started immediately and they became operational on 2 January 1843.

The Great Western Railway was originally planned to cut through Savernake Forest near Marlborough, however the Marquess of Ailesbury who owned the land, objected. The Marquess had previously also objected to part of the Kennet and Avon Canal running through his estate. With the Railway needing to run near to a canal at this point, and as it was cheaper to transport coal for trains along canals at this time, Swindon was the next logical choice for the works 20 miles north of the original route.

The line was laid in 1840, but the location of the Locomotive works was still undecided. Tracks were laid at Didcot in 1839 (chosen as the then Lord Wantage did not want the railway passing close to Abingdon) and for some time this seemed a more likely site.

Daniel Gooch noted that the nearby Wilts and Berks Canal gave Swindon a direct connection with the Somerset coalfield. He also realised that engines needed to be changed at Swindon or close by as the gradient of the hills from Swindon to Bristol was much more arduous than the relatively easy gradients between London and Swindon. Drawing water for the engines from the canals was also considered, an agreement to this effect was completed in 1843.

Gooch recorded at the time - "I was called to report upon the best situation to build these works and, on full consideration, I reported in favour of Swindon, it being the junction with the Cheltenham branch and also a convenient division of the Great Western Line for the engine working. Mr. Brunel and I went to look at the ground, then only green fields, and he agreed with me as to its being the best place."

Once the plan was set for the railway to come to Swindon, it was at first intended to bring it closely along the foot of the hill, so as to be as close as possible to the town without entailing the excessive engineering works of building on Swindon Hill. However, the Goddard family (Lord's of the Manor of Swindon), following the example quoted above of the Marquis (and many other landowners of the day), objected to having it near their property, so it was eventually laid a couple of miles further north.

1841 The first building, the Locomotive Repair shed using contract labour with the necessary machinery installed within it by 1842. Initially only employing 200 men;

1843 Repairs began with the first new locomotive, the "Premier", built in 1846 in under two weeks and retitled "Great Western". This was followed by six more, the "Iron Dukes", including "The Lord of the Isles" considered the fastest broad-gauge engine of it's day.

By 1851 the works were employing over 2,000 men and was producing around one locomotive a week

1861 A rolling mill was installed for manufacturing rails iattracting workers from South Wales. Although some rolling stock was built at Wolverhampton (producing 800 standard gauge locomotives up to 1908), Worcester and Saltney near Chester, most of the work was concentrated at Swindon.

Like most early railways, the GWR was built with gentle gradients and the minimum of curves, which meant that they were able to operate fast light-weight 'single-wheelers', 2-2-2 and 4-2-2. However, from 1849, Gooch also built 4-4-0 saddle tank locomotives for the hillier routes in Devon.

In addition to locomotive building, from 1850 standardised goods wagons were produced and in 1867 Swindon was made the central workshop for the construction of carriages and wagons, with extensions and thirteen miles of additional sidings.

In 1864, when Joseph Armstrong took over, he took on the responsibility of improving the passenger stock.

In 1878 a separate new carriage and wagon works was built on land north of the station.

The first Royal Saloon was built in 1874 and converted to standard gauge in 1899.

1875 saw the opening of the Boiler and Tender making shops, these shops were eventually used to also produce parts for Locomotives and also Marine Engines for use in the GWR's fleet of ships and barges.

In 1892 the company made the decision to move all existing rolling stock to narrow-gauge. All existing Locomotives, Wagons and carriages were brought to Swindon for conversion. Those that could not be changed to the narrower gauge were gutted and scrapped.

At the turn of the century, the works were employing an estimated 75% of Swindon's entire workforce. Churchward's tenure, first as Assistant Chief Superintendent in 1897, then Locomotive Superintendent in 1902 , produced heavier locomotives, firstly the 4-4-0 City class, then the County class. Later in 1906 "North Star", originally 4-4-2, was rebuilt as the first four-cylinder 4-6-0. Later four-cylindered engines were 4-6-0 built and, in1908 the first "Pacific" 4-6-2, the only one of its type in the country for many years. It was later rebuilt as a 4-6-0.

The first GWR through corridor train was built in 1891 with electric lighting introduced in 1900.

From 1914 the works turned to aiding the war effort, producing twelve howitzers by the end of the year.

C. B. Collett, Chief Mechanical Engineer from 1921 to 1941 greatly improved the work's boiler making and its facilities for working heavy gauge sheet metal.

In 1927 the most powerful locomotive type of all, the King class, the largest ever built by the GWR, was introduced to become the "flagship" of the GWR fleet. The Kings had been developed from the Castle Class which, along with the Halls, were the foundation of the GWR's reputation and image.

This was the heyday of Swindon Works, when 14,000 people were employed and the main locomotive fabrication workshop, the A Shop was, at 11.25 acres, one of the largest covered areas in the world.

Between 1949 and 1960 some 200 of the various BR Standard locomotives were produced. British Railway's last steam locomotive BR standard class 9F 92220 Evening Star was built in 1960 and the first diesel-hydraulic main line locomotive in 1957.

By 1958 Swindon had produced the first diesel hydraulic main line locomotives, and in 1960 the last steam locomotive ever built for British Railways - 92220 "Evening Star" - was completed at the Works.[1]

As a result of the 1968 Transport Act, British Rail Engineering Ltd. was formed on 1st January 1970 as a wholly owned subsidiary Company of British Railways Board to take the place of the Workshops Division. It was empowered to undertake work not only for British Rail but also for "outside" undertakings. The now modernised Swindon Works was engaged in the repair and refurbishing of DMUs, the refurbishment of coaches and the repair of wagons and Civil Engineers equipment. It also engaged in the manufacture of B.R.U.T.E. (British Rail Universal Trolley Equipment).[2]

The whole works closed in 1986, but one building currently houses a museum dedicated to the Great Western Railway. The engineers' office is now the headquarters of English Heritage. Purpose-built storage there now houses the archive of the National Monuments Record