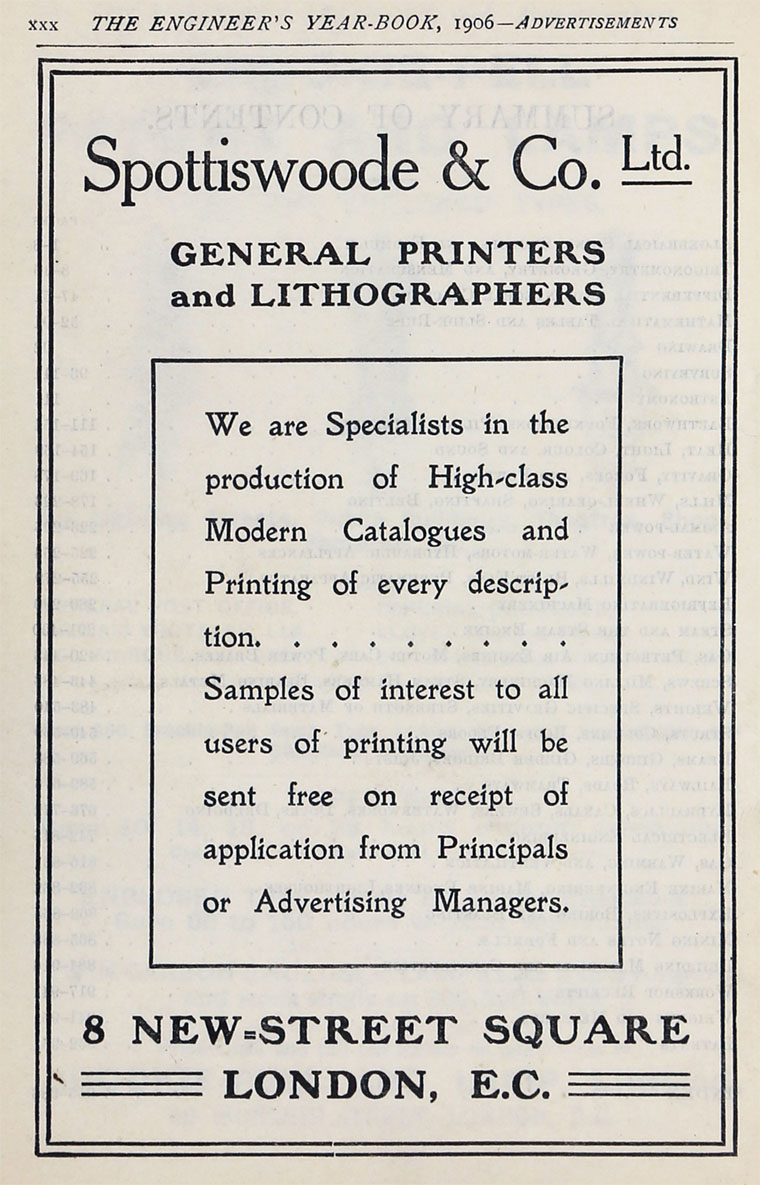 1785 William died; his son Andrew had already taken on the business and ran it until 1804

1804 Partnership of Strahan and Preston

1816 Andrew Strahan resumed control which he continued until 1819

1819 A. and R. Spottiswoode (nephews of A. Strahan) took on the business. They installed steam printing and acquired and rebuilt additional premises in the area of New Street Square and Shoe Lane.

1832 Robert Spottiswoode died suddenly in Carlisle at the age of 40.

1833 A. Spottiswoode continued the business

1836 Sir W. Mitchell established "Shipping Gazette" (of which the company are the proprietors).

1858 Eliezer Chater Wilson left the partnership, which was continued by George Andrew Spottiswoode and Salisbury Baxendale[2]

1866 The death of Andrew Spottiswoode marked the end of the personal link between Spottiswoodes and Eyre and Spottiswoode, which were continued separately by the two branches of the Spottiswoode family.[4]

1900 The business was incorporated as a limited company.