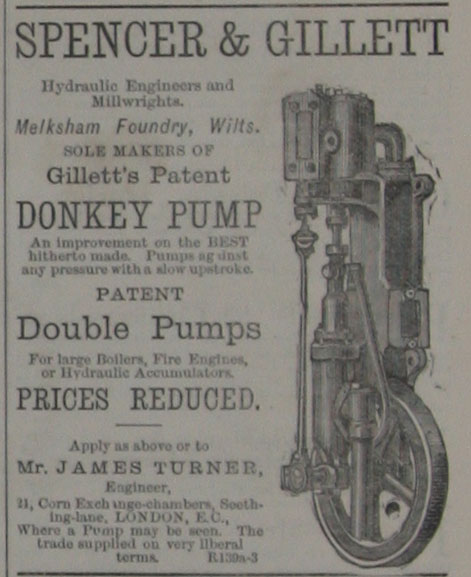 1882 John Gillett of Spencer and Gillett, patented improvements to the Tandem Horizontal Engine.[3]

1884 Dissolution of the Partnership between Charles James Spencer and John Gillett, as Engineers, Millwrights, and Founders, at Melksham, in the county of Wilts, and also at Shannon-court, in the city and county of Bristol, under the firm of Spencer and Gillett, by mutual consent, so far as regards the said John Gillett who on that day retired from the concern. All debts received and paid by the said Charles James Spencer[4]

Succeeded by Spencer and Co