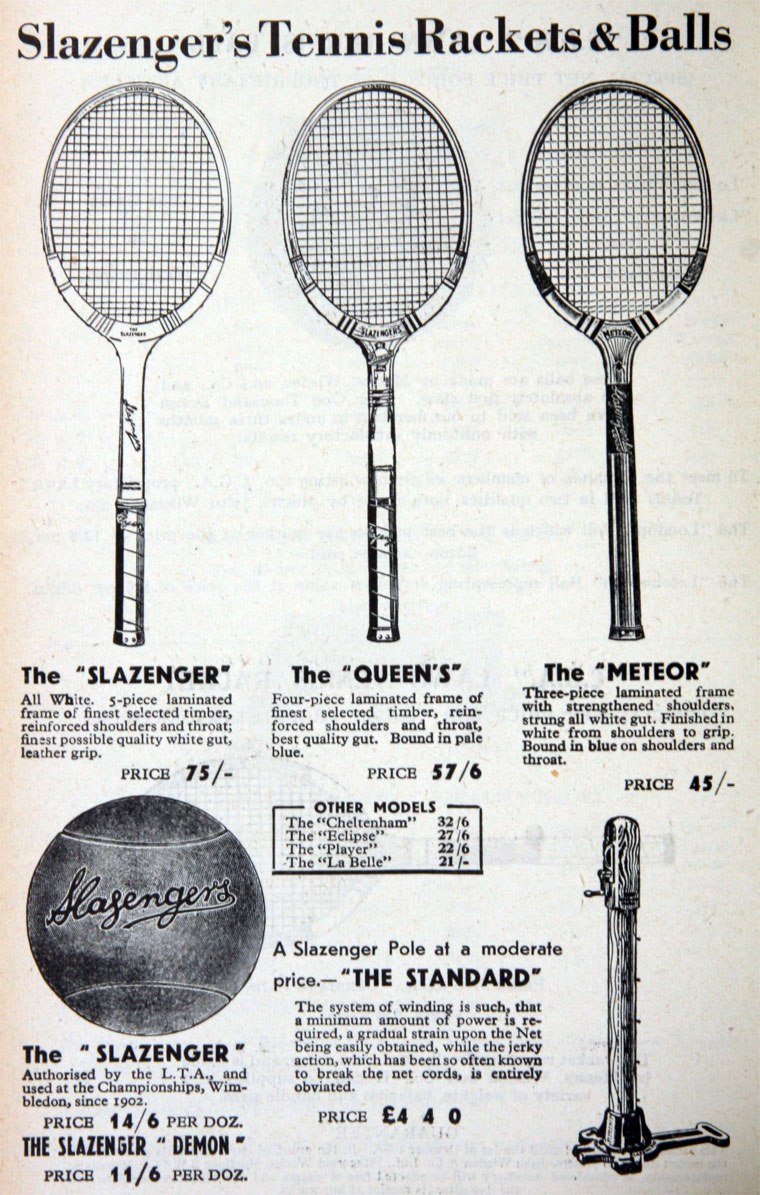 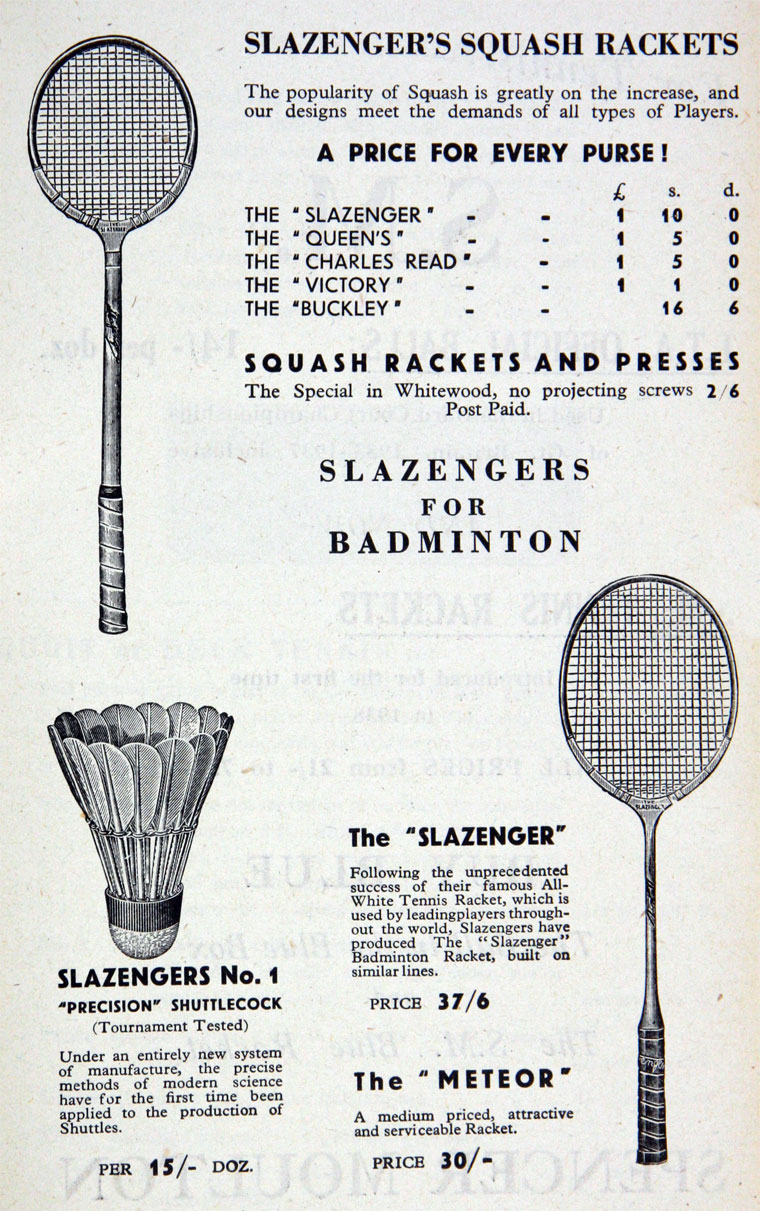 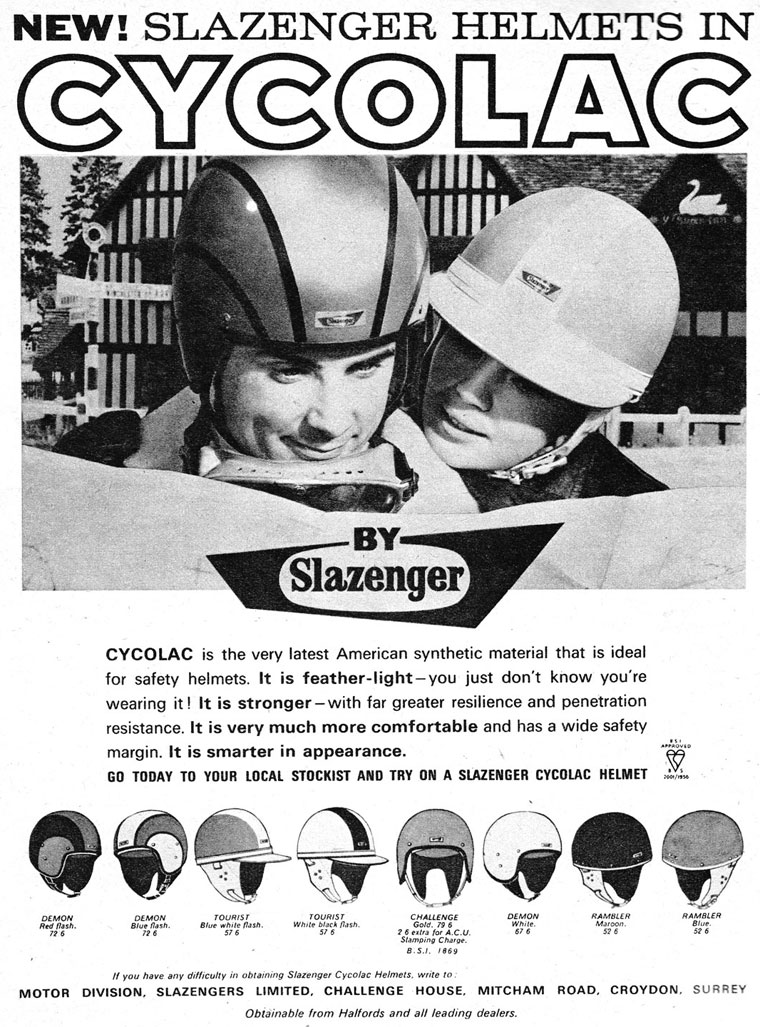 The company can trace its roots to 1810 and today is one of the oldest surviving sporting brand names.

Slazengers were one of the dominant (wooden) racquet manufacturers. Over the years they produced a wide variety of sports equipment from tennis racquets to clothing, from golf equipment to rifles. But it was their bold move into tennis ball manufacturing late in the 1800s that arguably led to their greatest business achievement. Their plant in Barnsley manufactured tennis balls and exported them round the world. The brand is sold throughout the world on a variety of sporting goods.

1881 Ralph and Albert Slazenger moved their rainwear company to London from Manchester. To maintain their business during the summer months, they decided to manufacture rackets and balls for the new game of lawn tennis that had been patented by Major Wingfield in 1874.

1884 A trademark was registered by the company for tennis, racket, cricket and other games. Slazenger also made golf balls.

1902 The All England Lawn Tennis Club used the company's balls and rackets for the Wimbledon Championship. The Slazenger rackets and balls have been used at the championships ever since.

1944 Working closely with William Sykes Ltd[3] which was acquired about this time.

In its heyday the empire of Slazengers Gradidge Sykes and Ayres stretched across the world with either licensed distributors or agents and/or manufacturing operations in which the company had partnerships or licensing agreements with. Distributors were as far away as New Zealand and Africa and even in remote places such as Iceland, Newfoundland, Madagascar and even Bolivia.

1959 Acquired by Dunlop Rubber Co; the company became a subsidiary of Dunlops[4]

2008 The company's 1922 trademark for games and playthings was still registered by Slazengers Ltd.

Slazengers' current deal with Wimbledon is set to run until 2015; it remains one of the longest unbroken sporting sponsorships in history.