Difference between revisions of "Siebe, Gorman and Co" 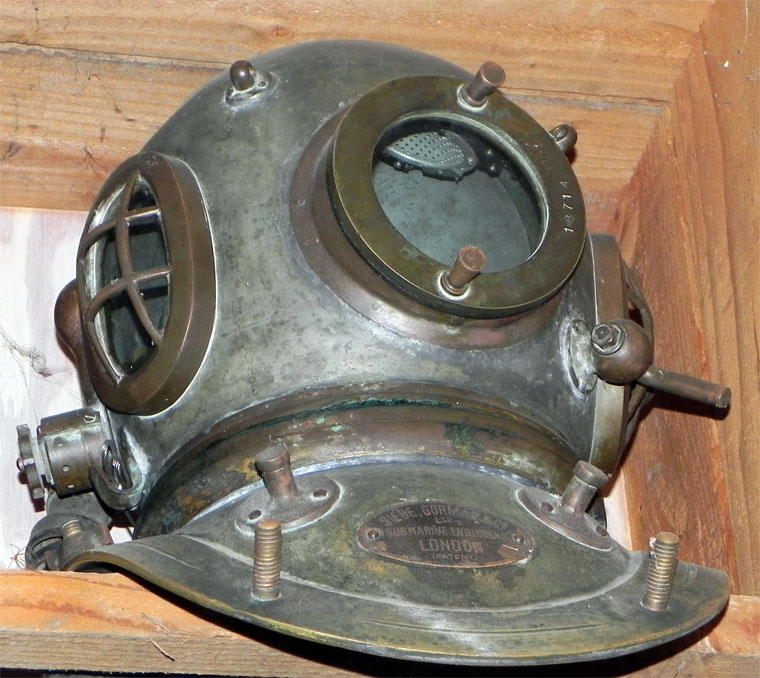 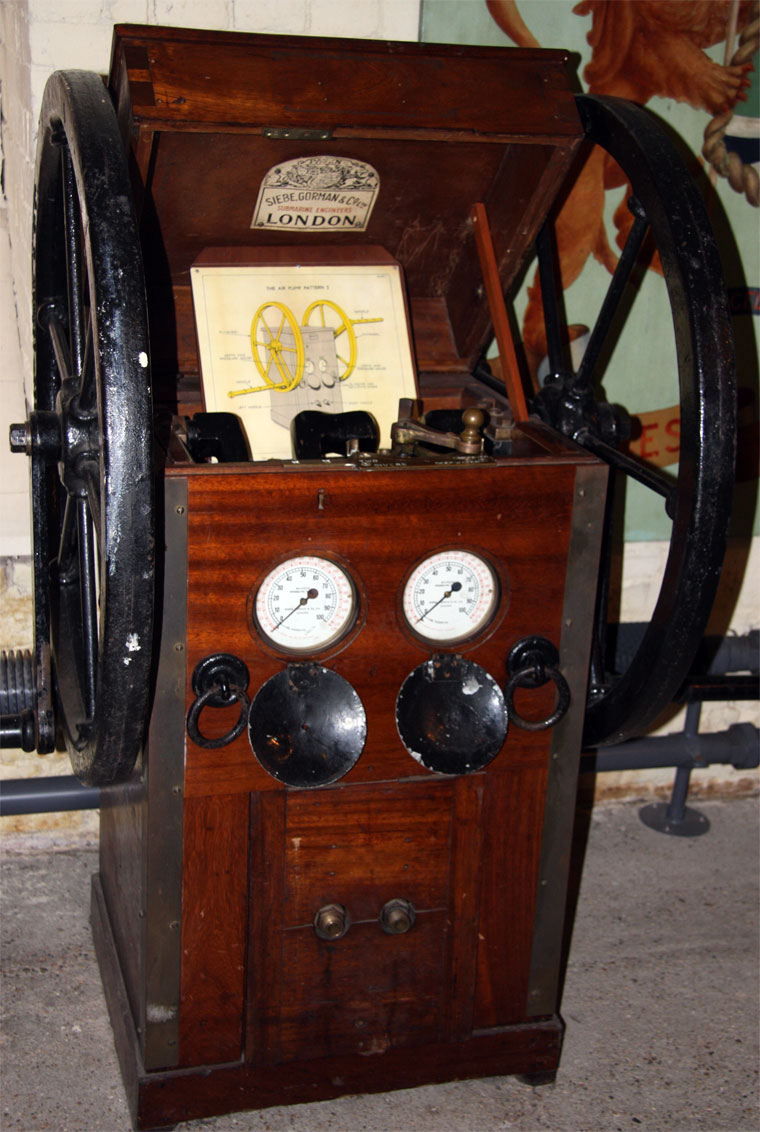 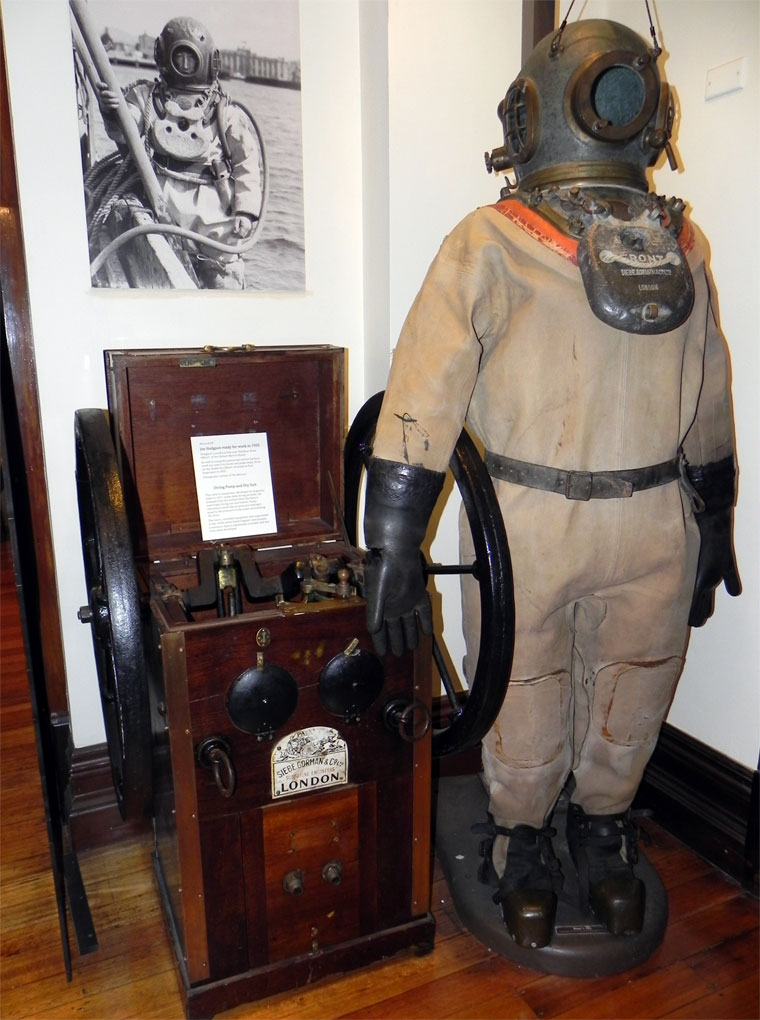 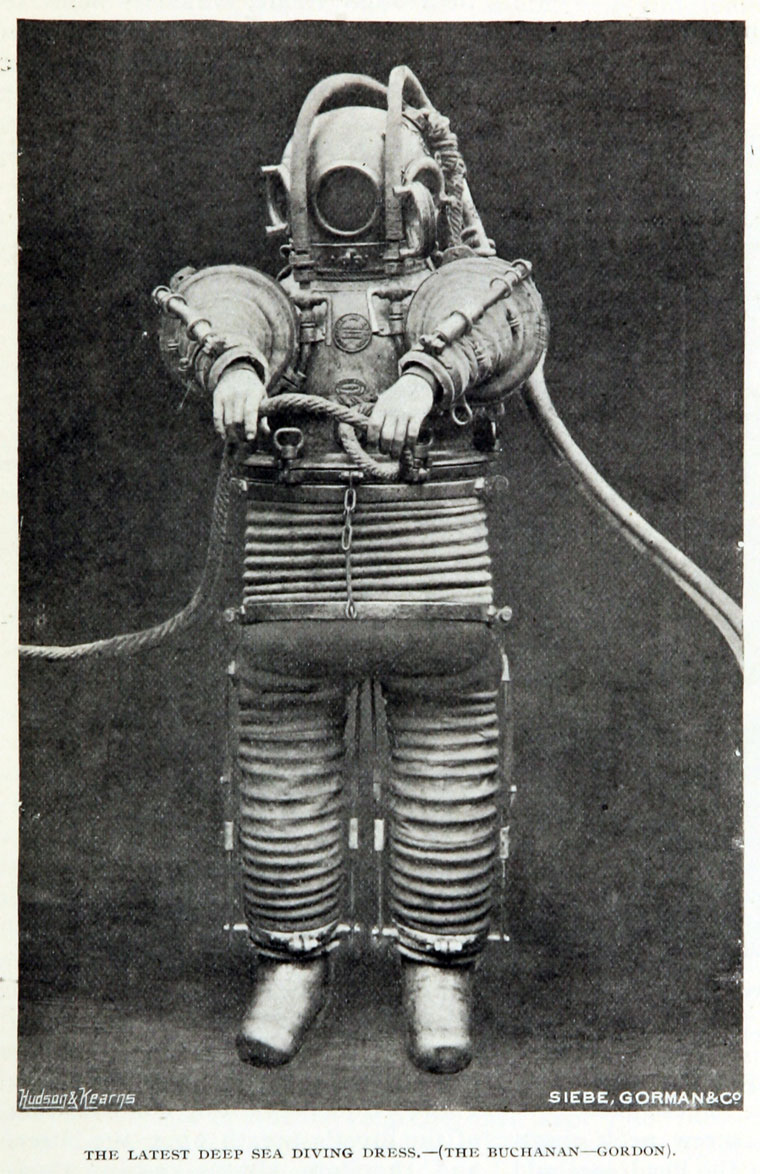 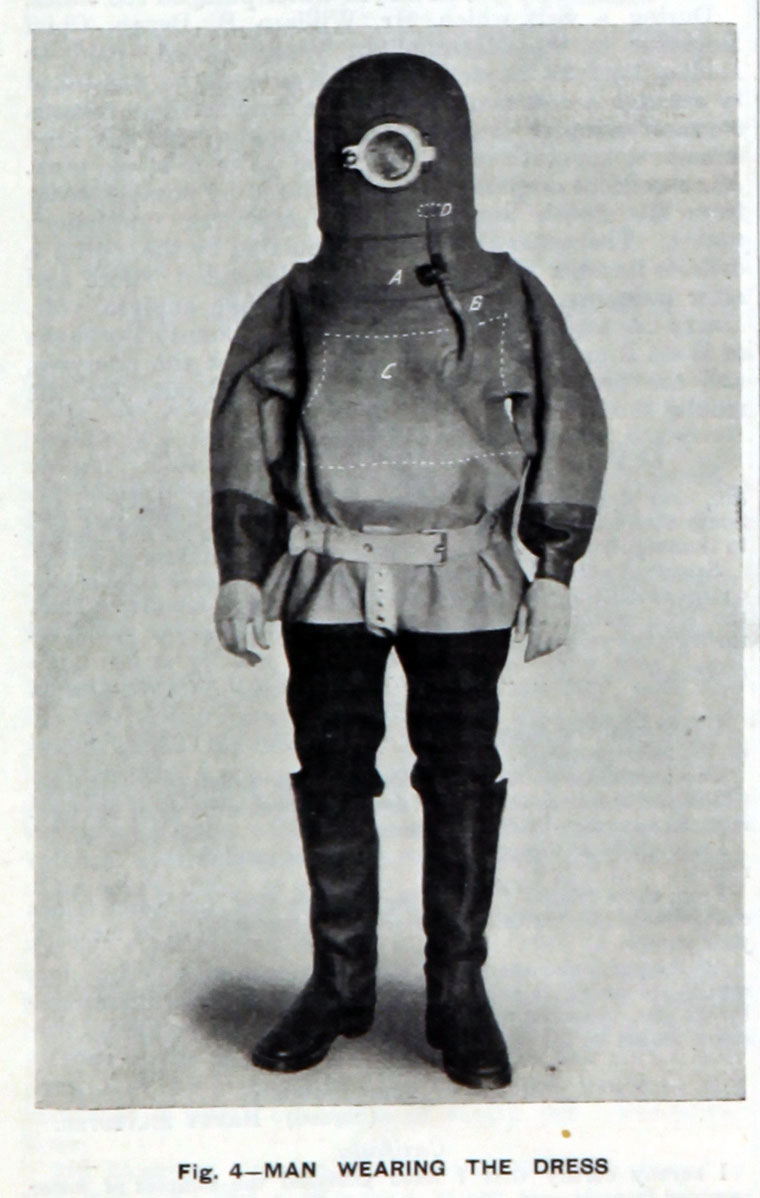 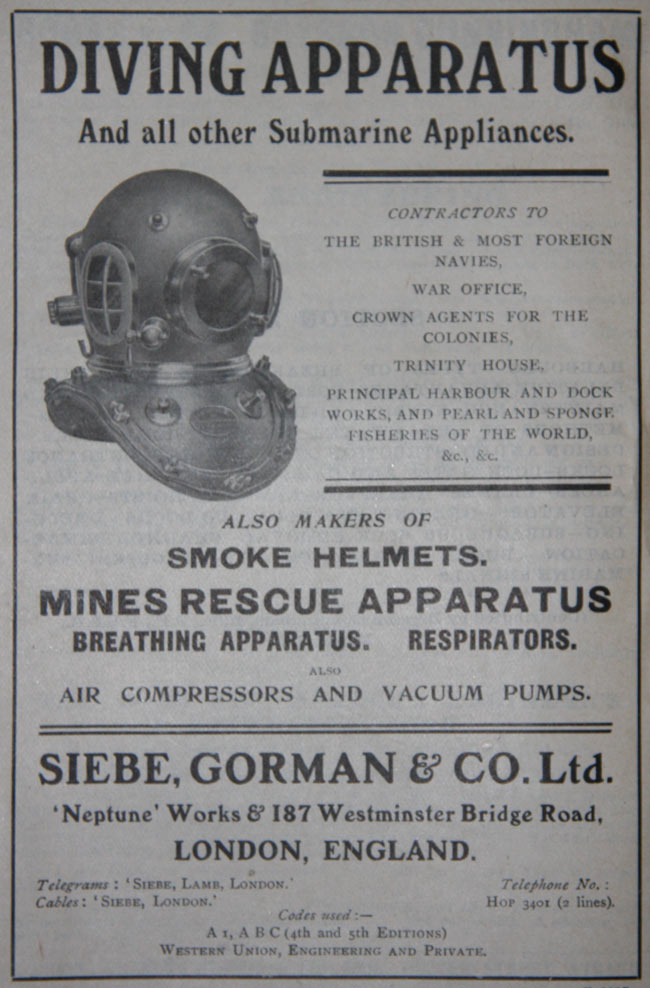 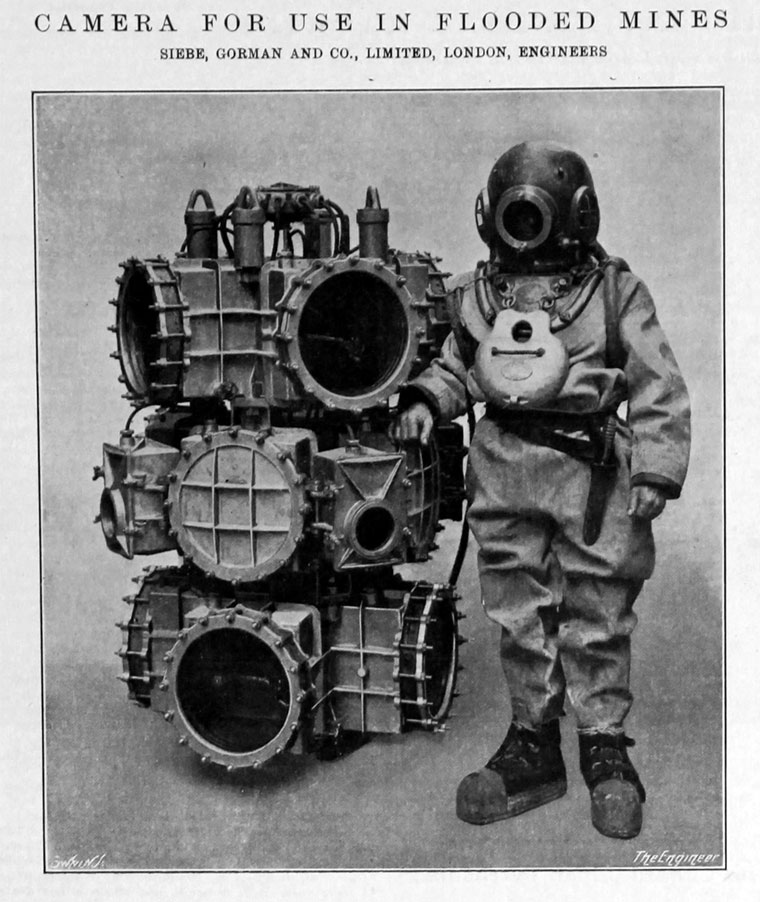 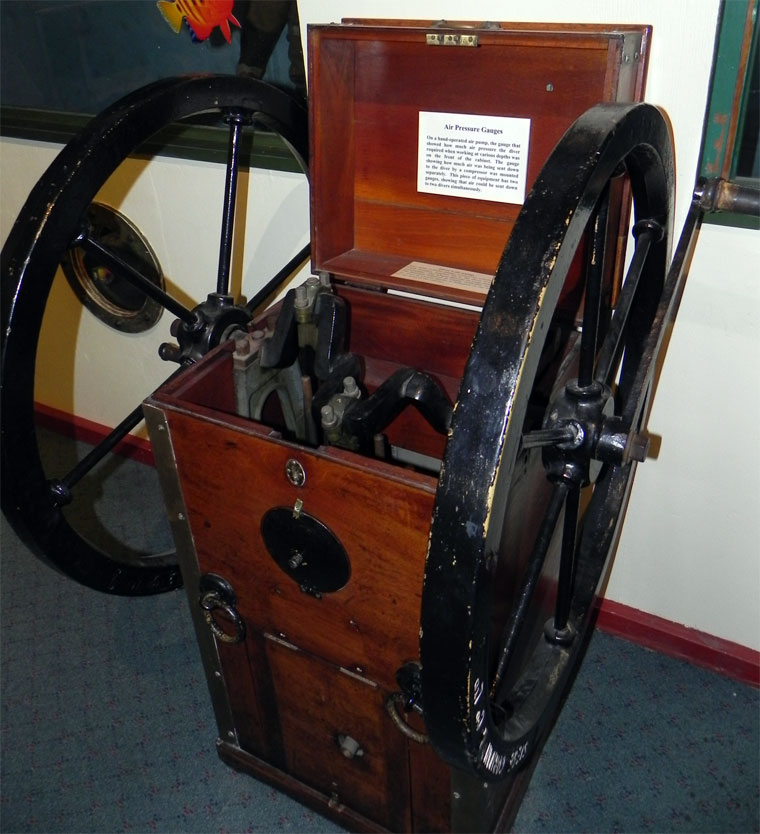 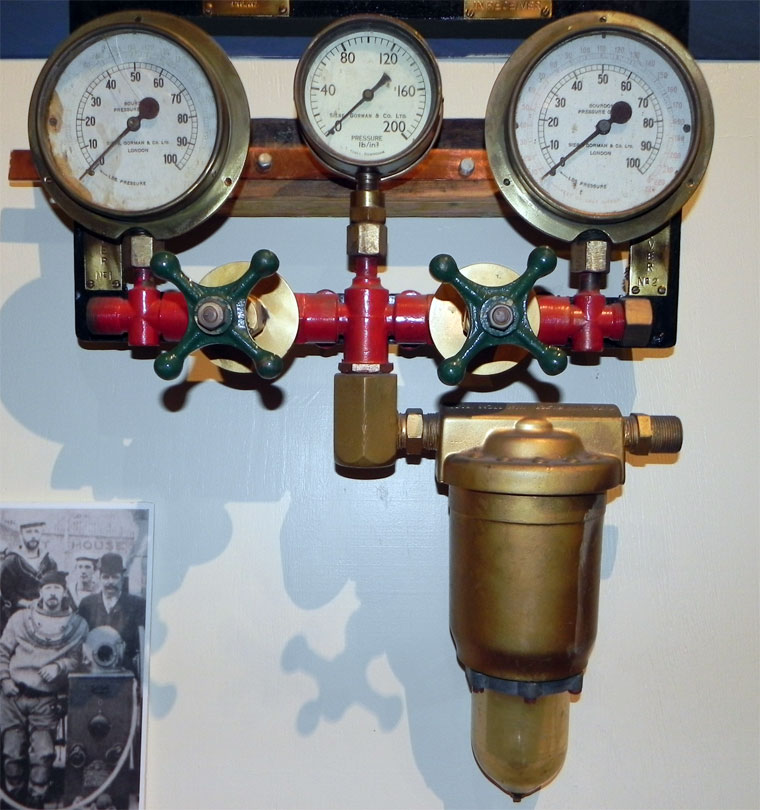 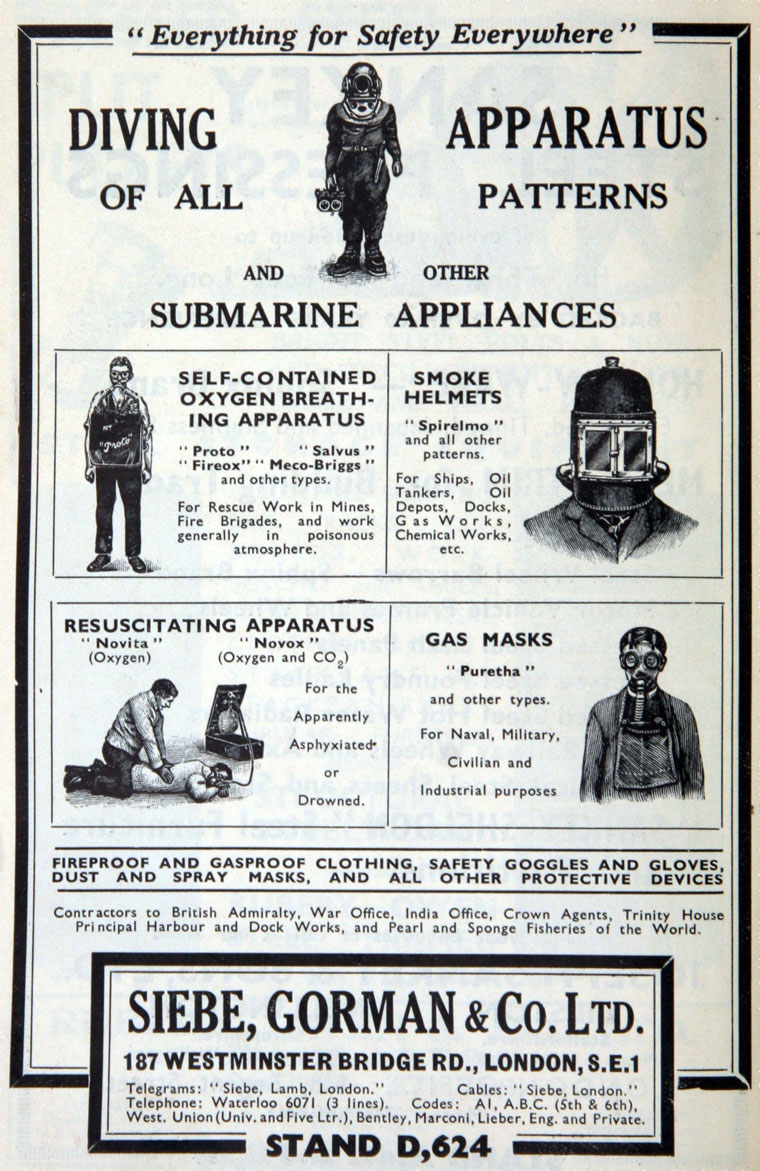 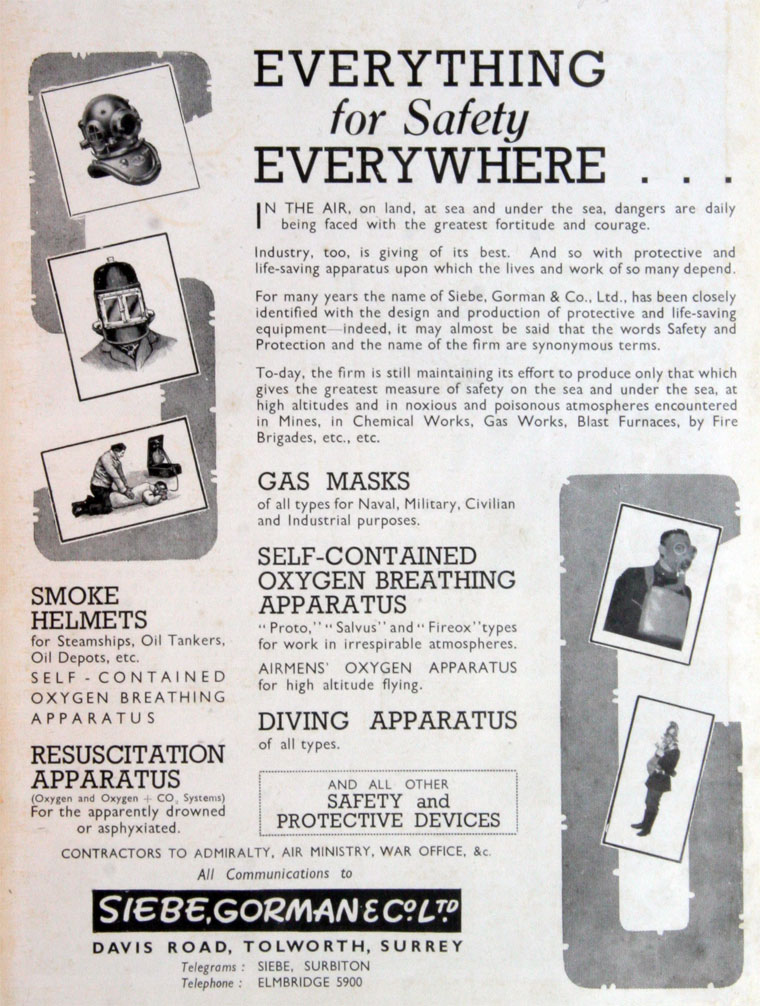 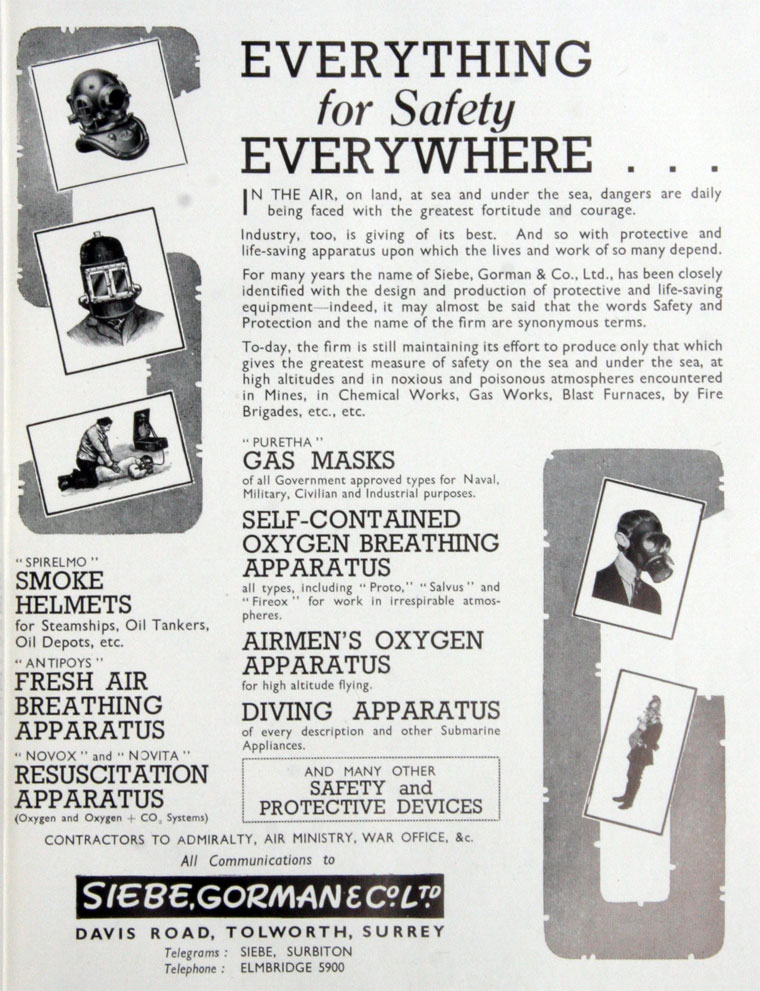 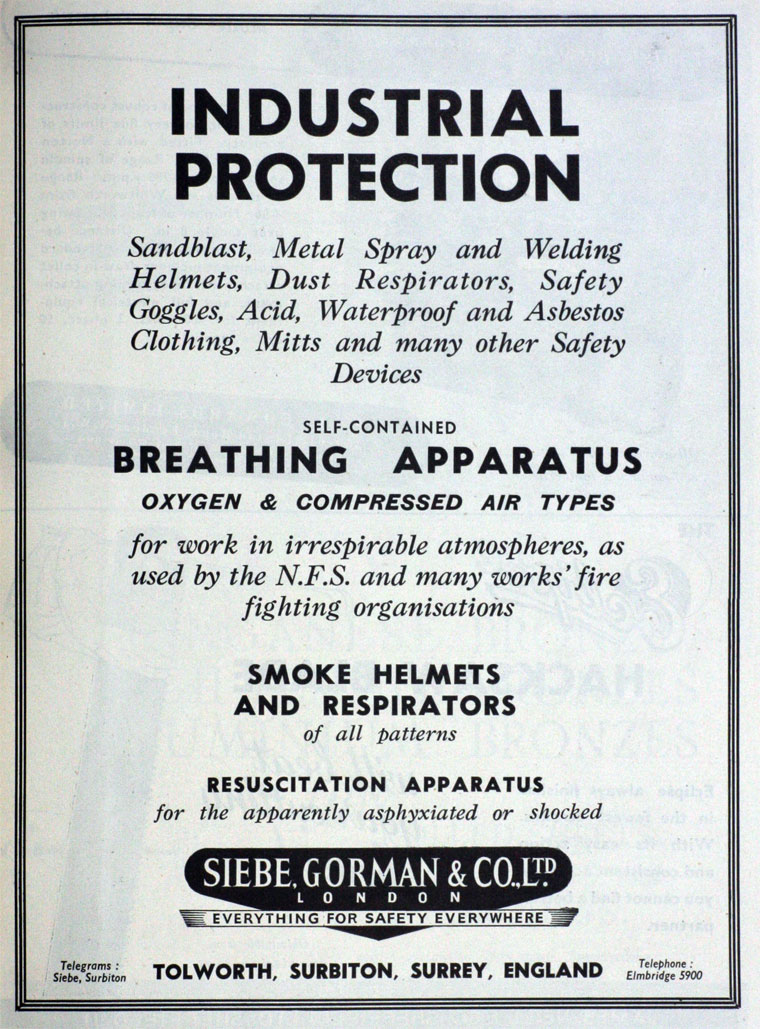 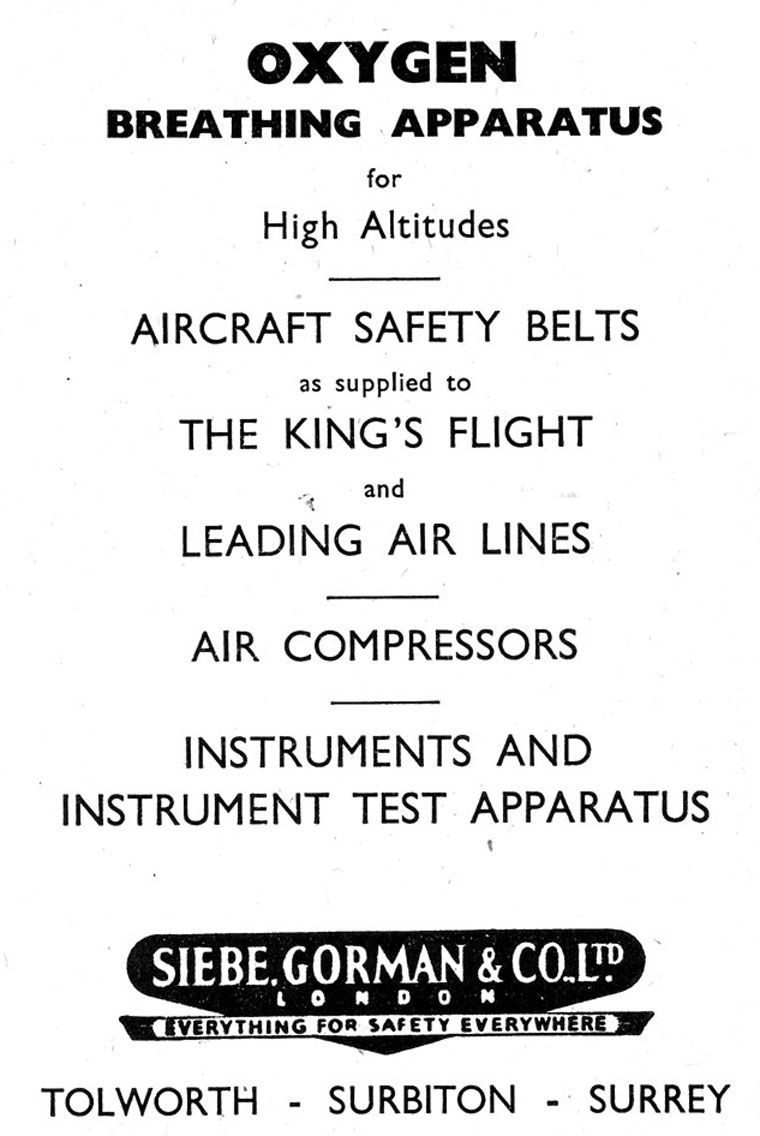 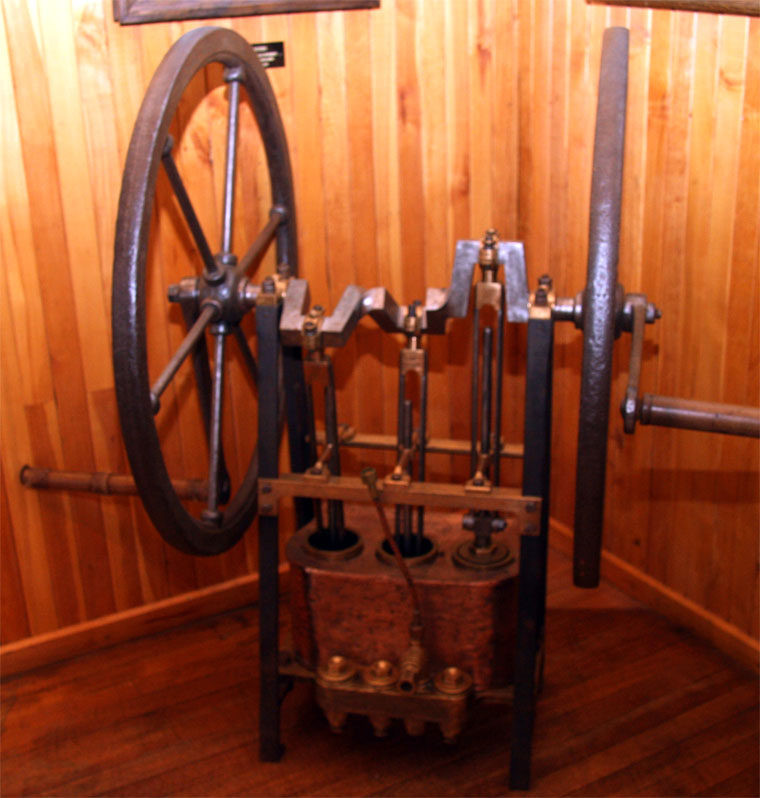 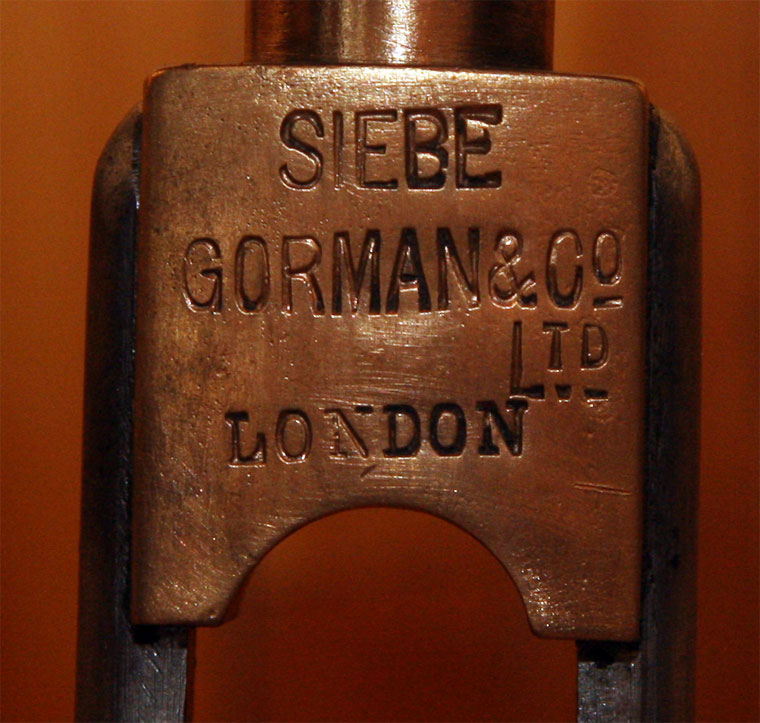 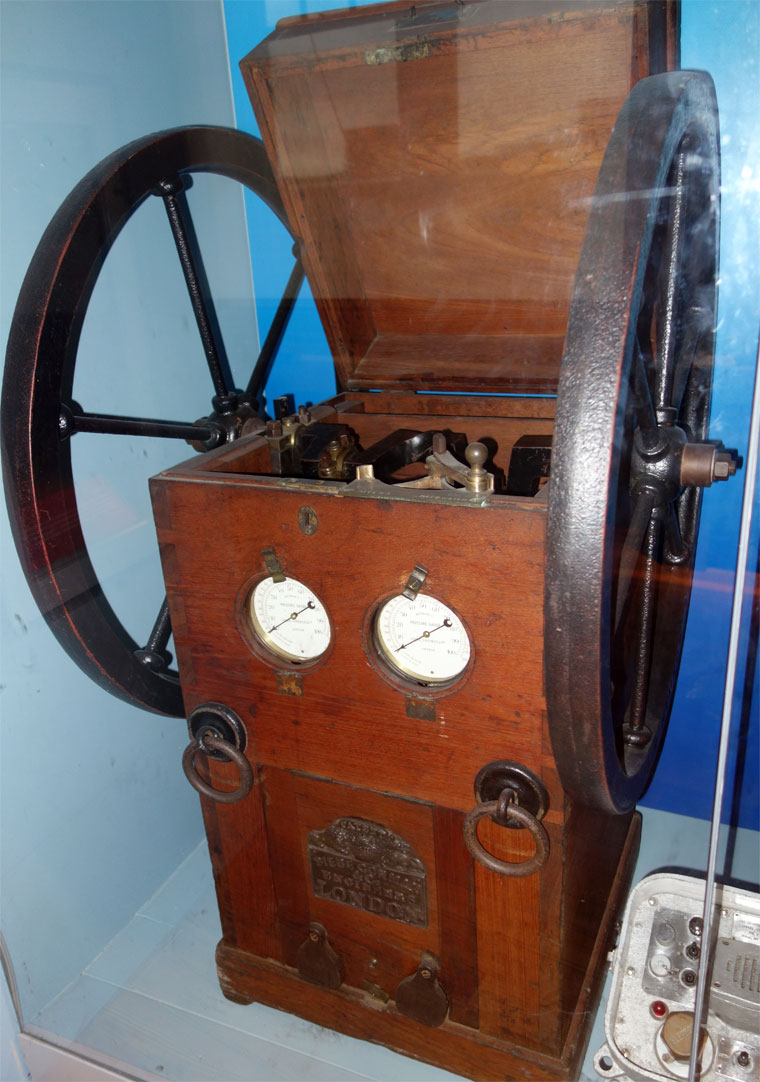 Exhibit at the Discovery Museum, Newcastle

Exhibit at the Discovery Museum, Newcastle 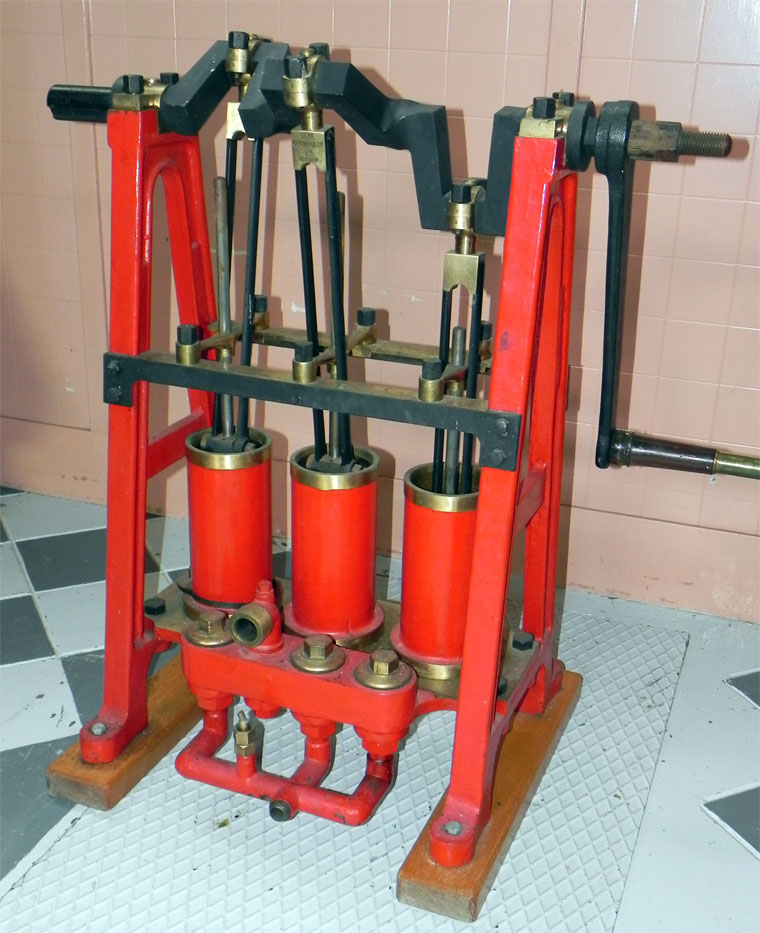 1819 Augustus Siebe founded Siebe and Co. The company advertised itself as 'Submarine Engineers'.

1873 The Submarine Salvage Association was formed to acquire and work the patent rights of Siebe, Gorman and Christy in the invention for raising ships [6].

1883 By this time the company providing refrigeration machinery was Siebe and Gorman (instead of Siebe Brothers) - International Fisheries Exhibition[8].

1904 After Gorman's death, the Vickers family reformed the company as a limited company Siebe, Gorman and Co.

Around this time, Robert Davis formed the research and experimental department, which solved many of the problems of breathing underwater, in poisonous atmospheres and at high altitude. Davis developed what became the standard diving dress and helmet used by the Royal Navy[10].

1915 April: In response to the first gas attack on allied troops, Davis devised an emergency respirator, and persuaded friends, relations, and locals to manufacture it in great quantities, which were sent to France within 48 hours[12]

1960's Siebe started making scuba gear aimed at the public market (sometimes using the trade names Essgee and Essjee), although they had made it earlier for work divers and the Navy. They also continued to make diving bell equipment and pressure chambers.

1975 Siebe Gorman moved to Cwmbran in Wales, and concentrated on fire-fighter's breathing equipment.

Siebe Gorman sold as part North Safety Products to Norcross Safety Products. At the end of 1998, the plant at Cwmbran was closed and production of breathing apparatus was transferred to Dukinfield in Manchester. Although oxygen rebreather manufacturing capability still existed at the relocation, no manufacture or overhaul was carried out at the new site.

1999 At the end of the year, Norcross sold what had been Siebe Gorman as a going concern to an Iranian entrepreneur Parvis Moradifor. The company was re-named Air Master Technology Limited from the name of the famous Siebe Gorman breathing apparatus.

1999 BTR Industries and Siebe merged, first as BTR Siebe and then as Invensys.