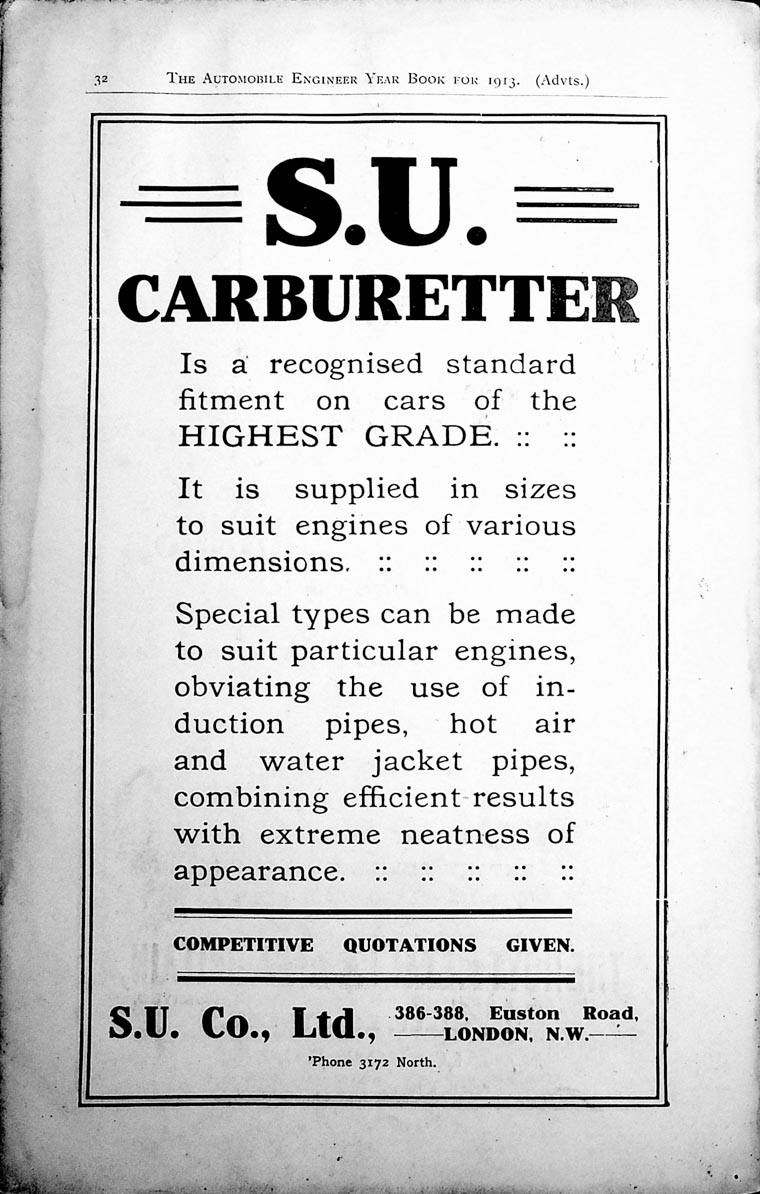 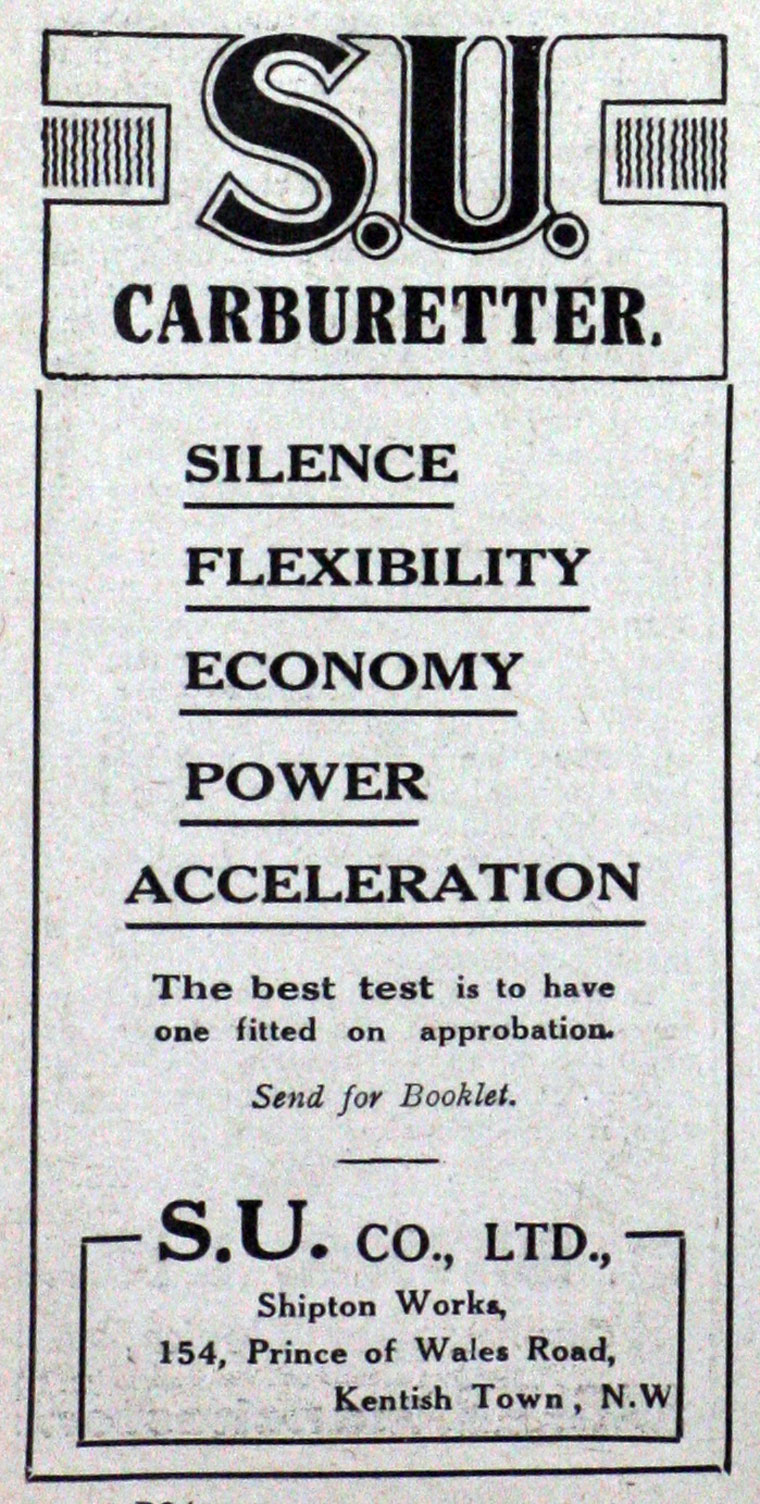 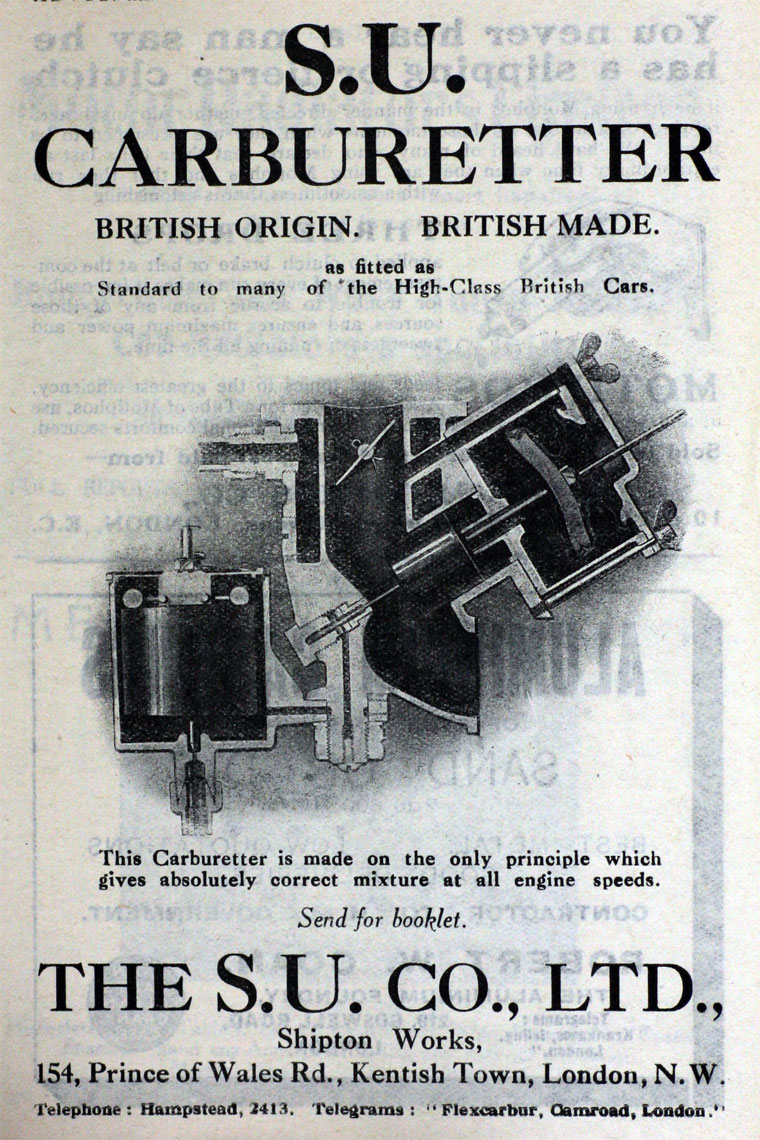 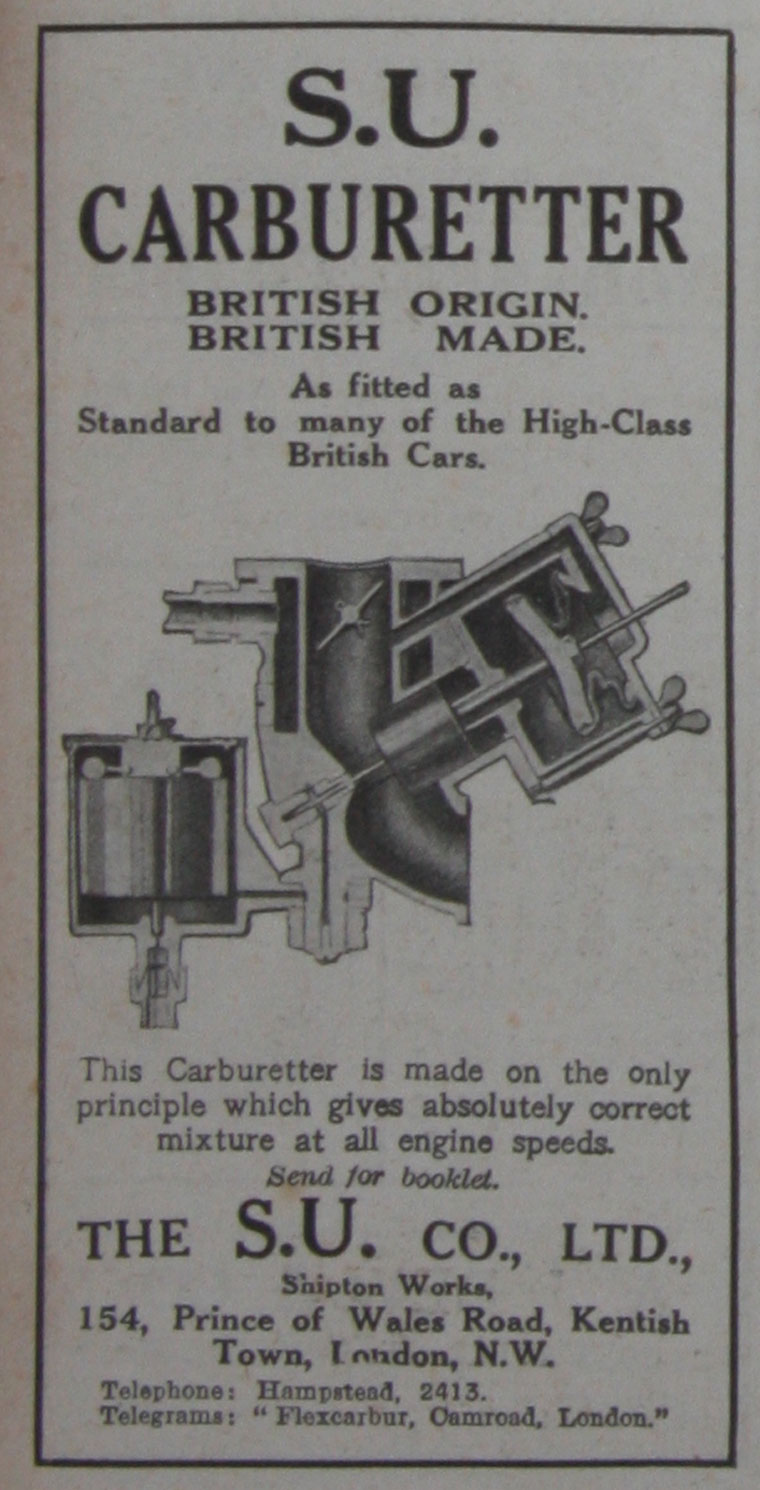 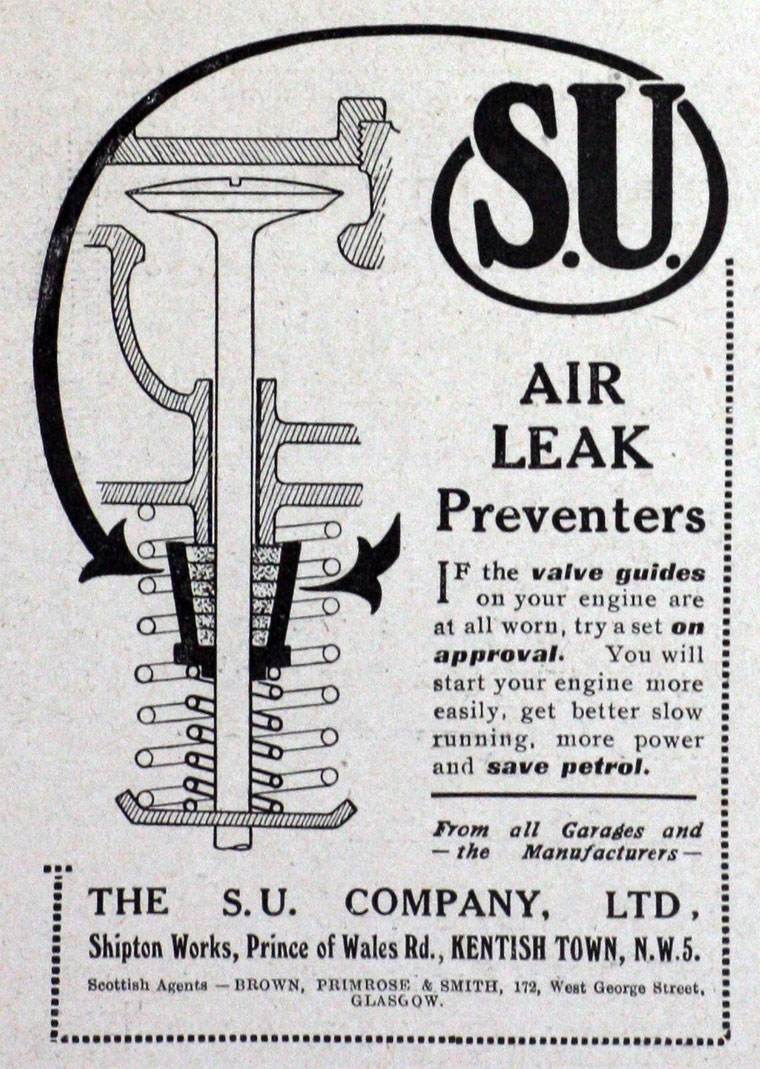 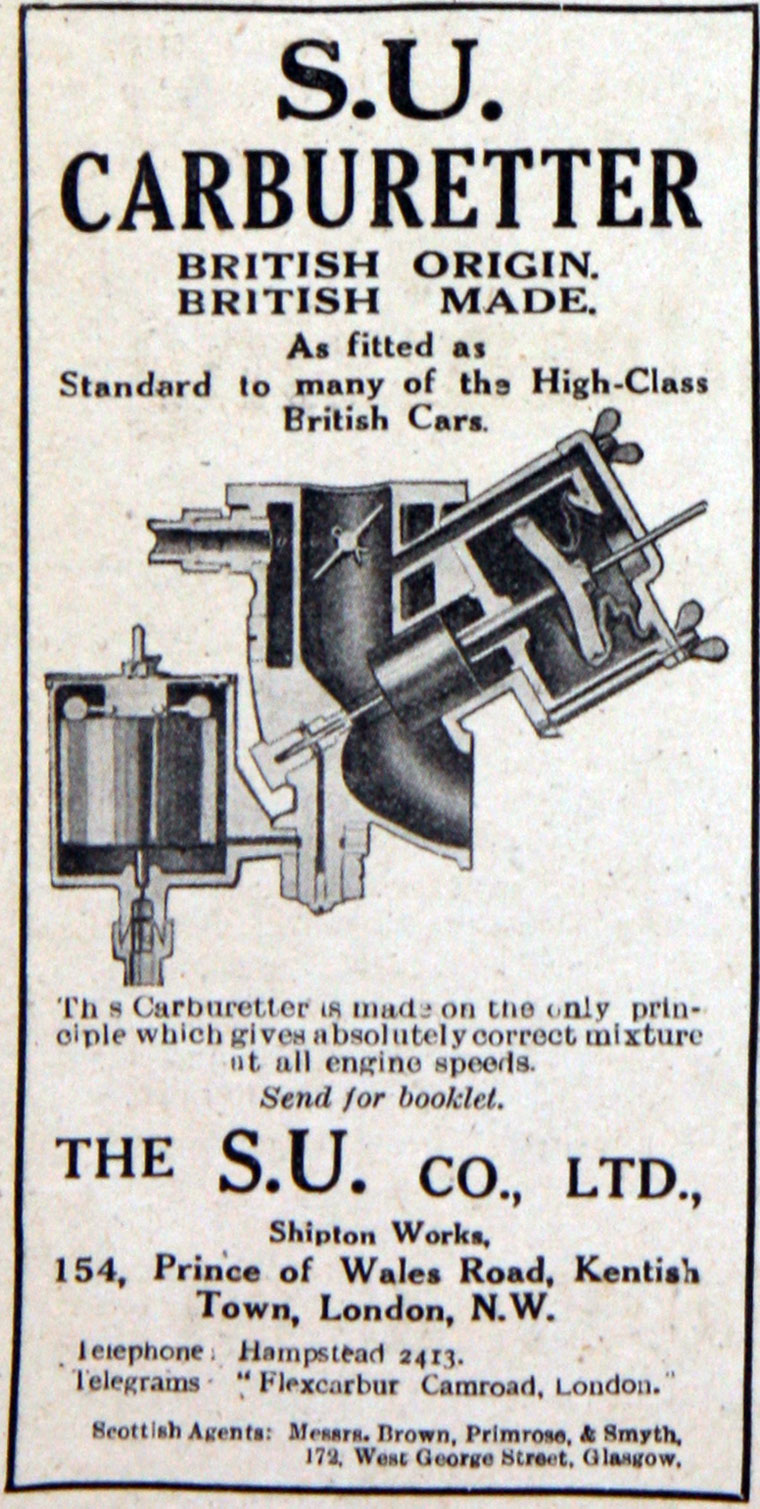 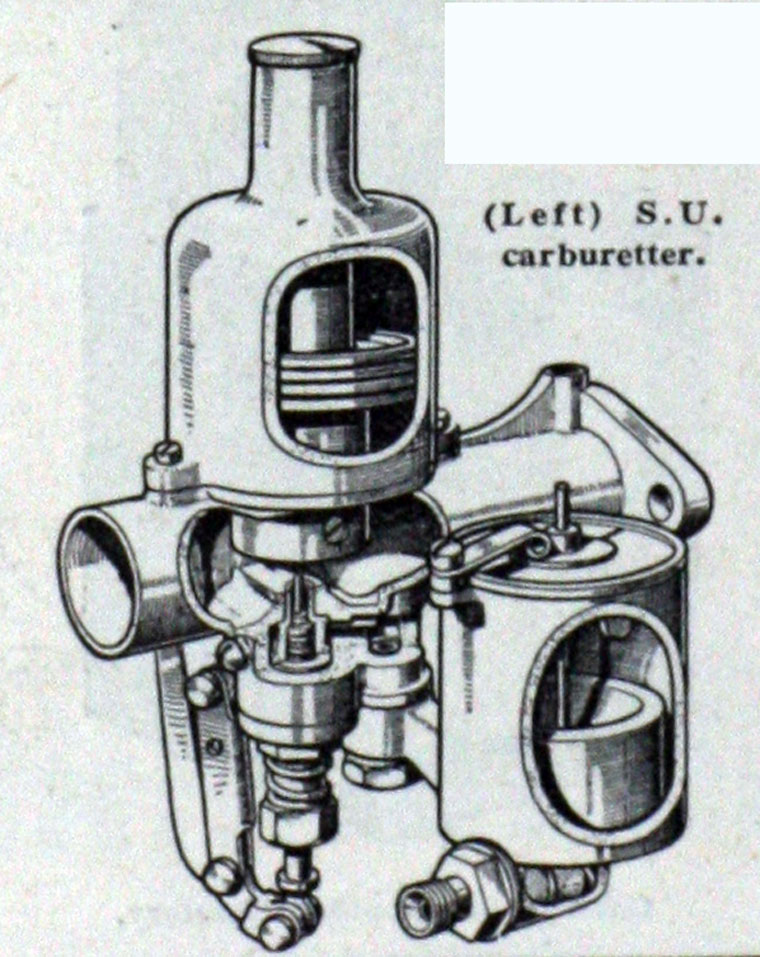 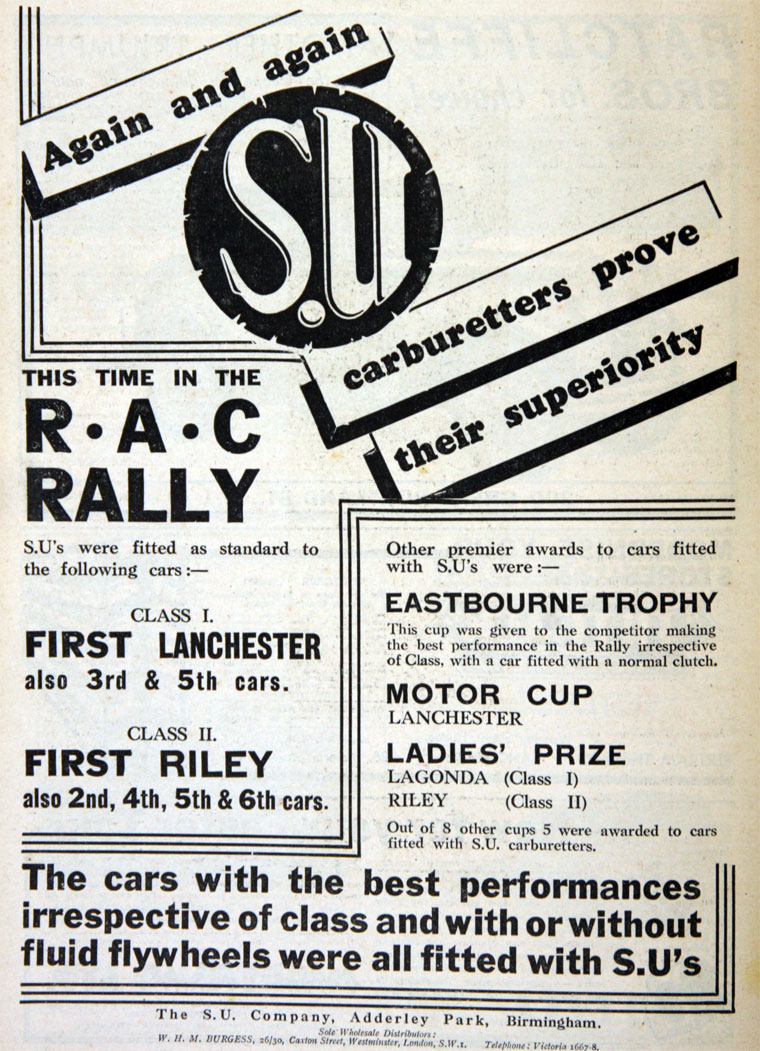 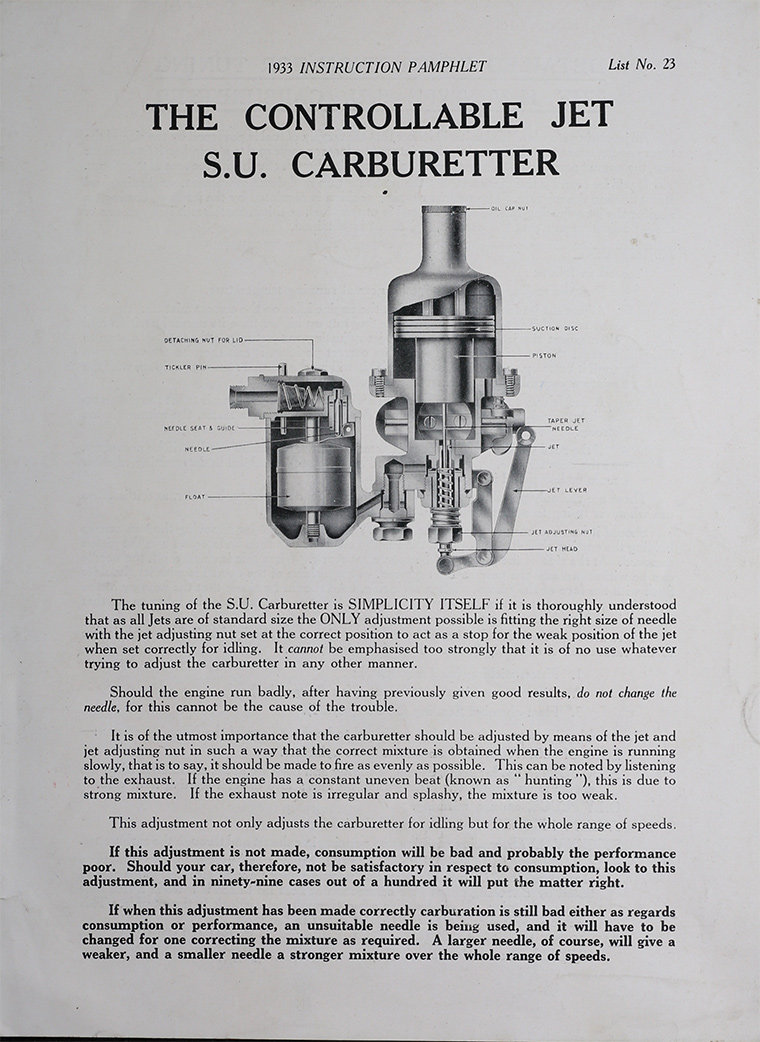 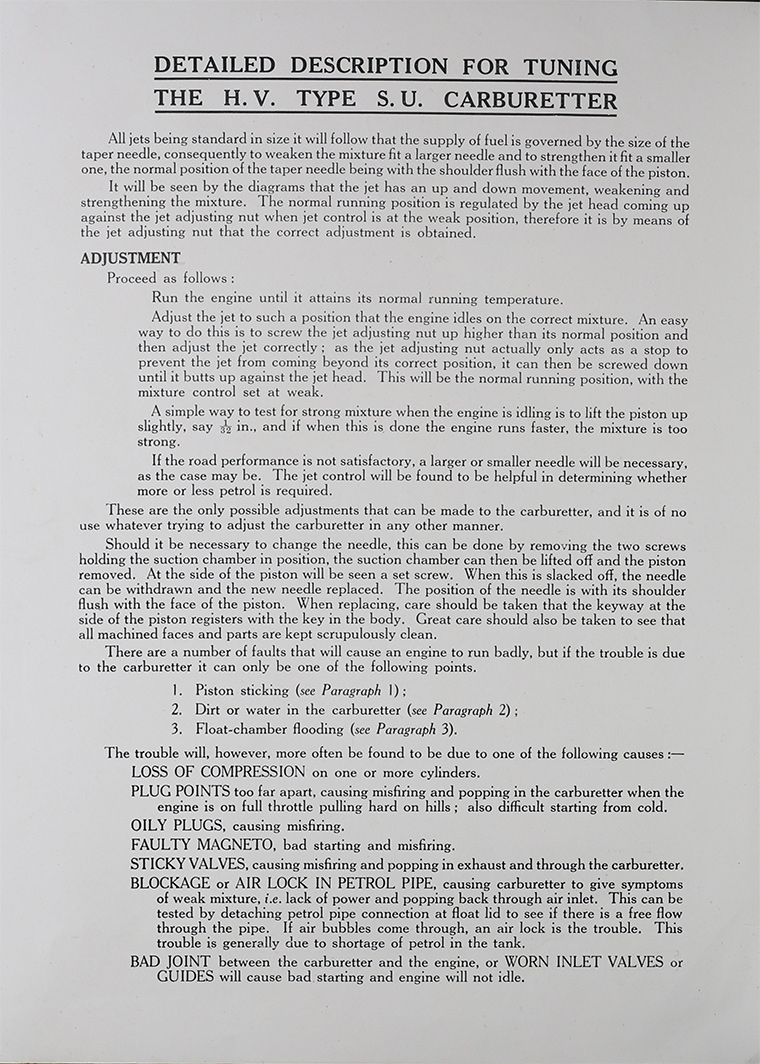 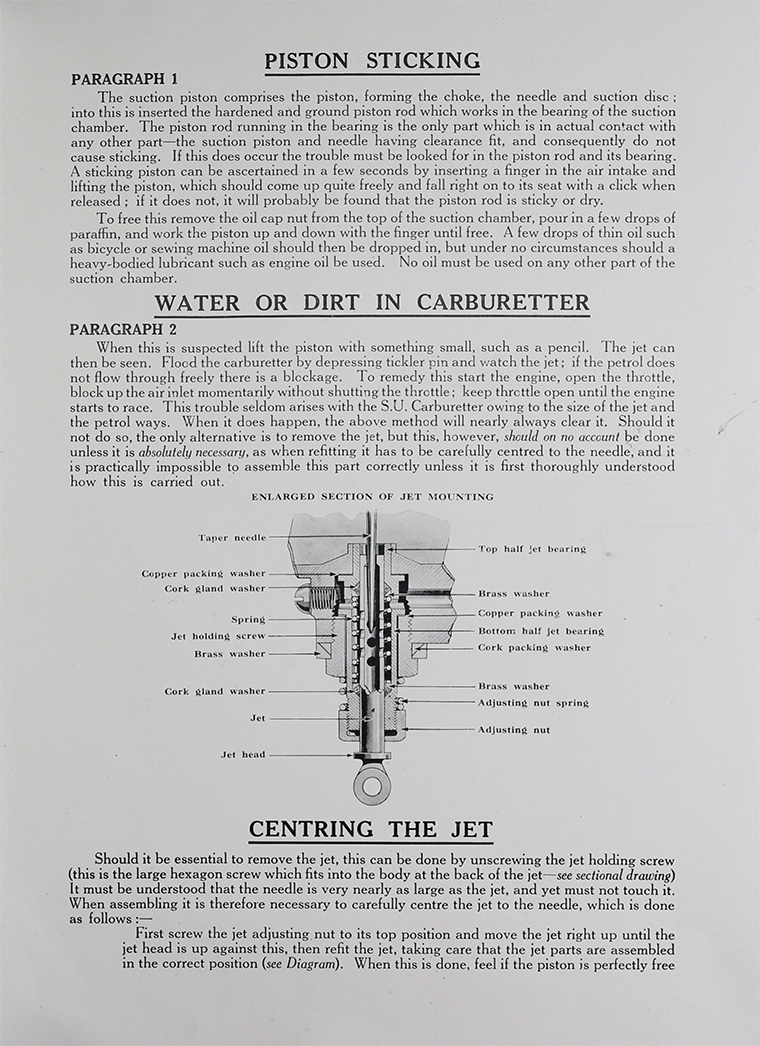 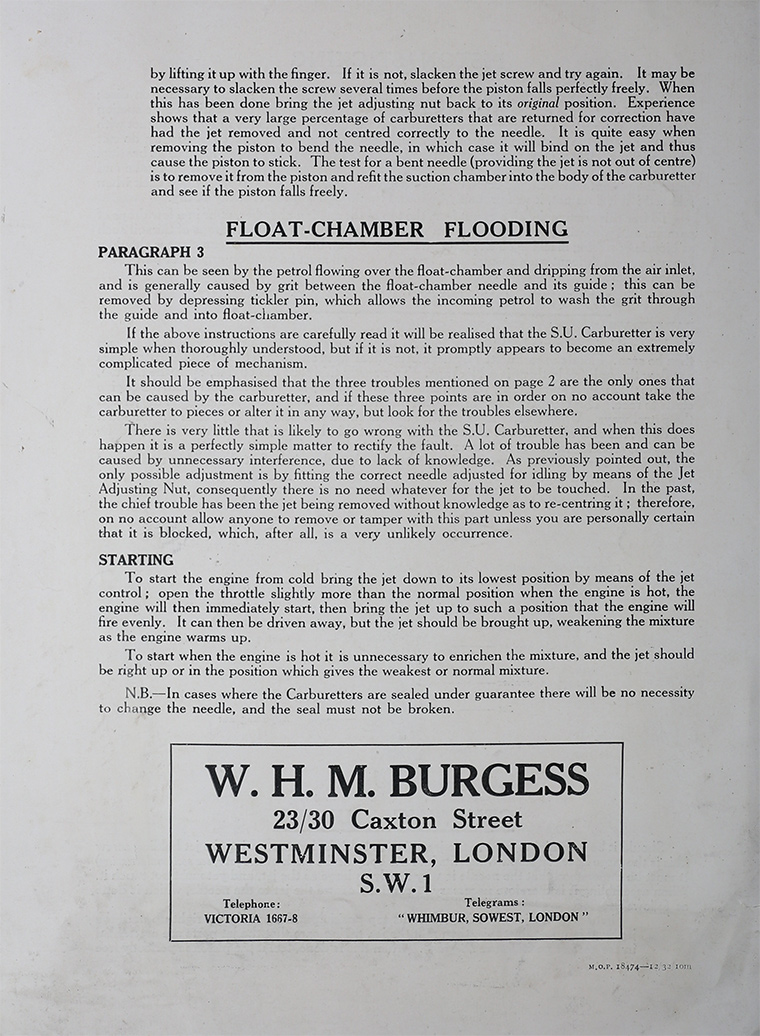 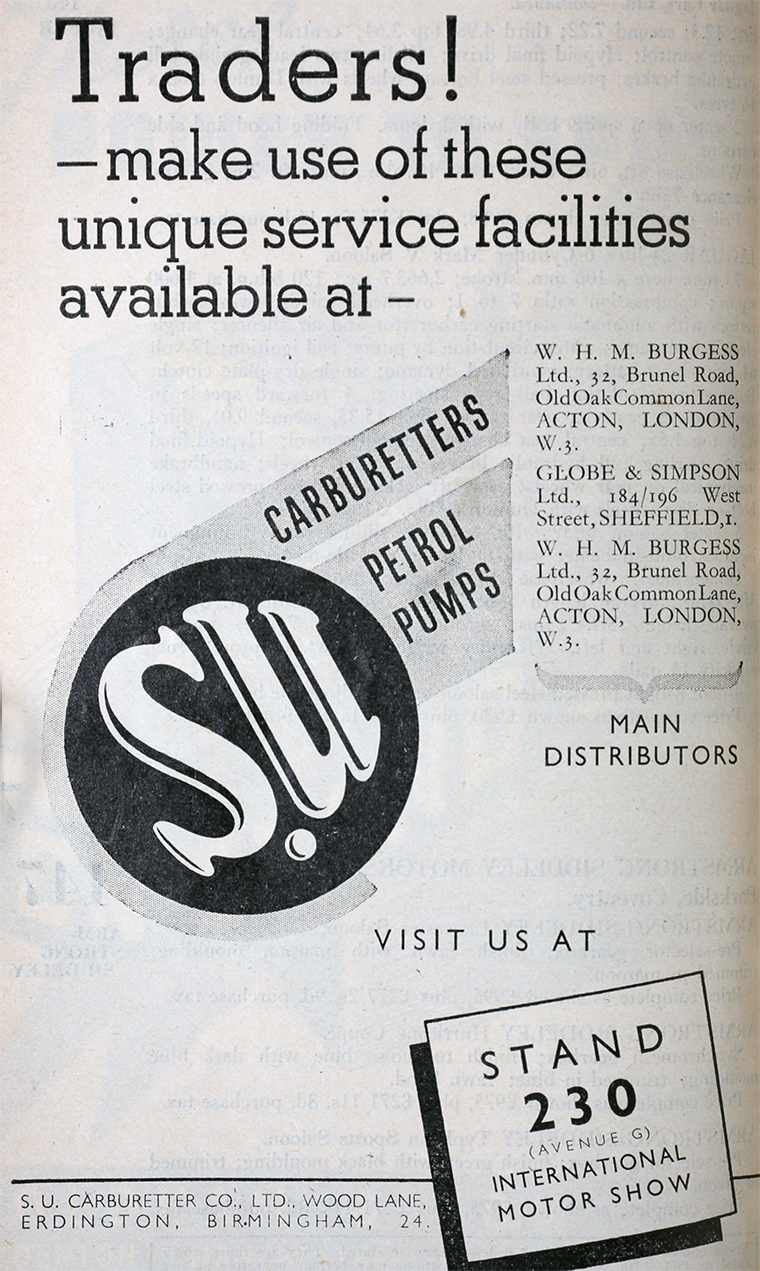 S.U. Co Ltd was named for Skinners Union, the 2 brothers who designed the carburettor. The carburettors were a brand of sidedraft carburettor widely used in British (Austin, Morris, Triumph, MG) and Swedish (Volvo, Saab 99) automobiles for much of the twentieth century.

1905 Thomas Carlyle Skinner and his elder brother George Herbert Skinner invented and patented their carburettor. Initially made by G. Wailes and Co of Euston Road, London [1].

1912 Established the S. U. Co Ltd to make the carburettor.

1913 S.U. continued to use the Wailes's Euston Road address for a short time (see advert)

1936 The S. U. Carburetter Co Ltd was incorporated by Morris Motors to acquire from Morris Industries the business of carburettor manufacture trading under the name of S. U. Company [4].