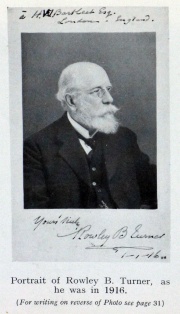 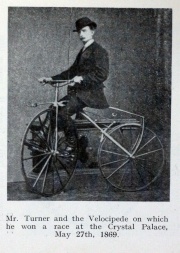 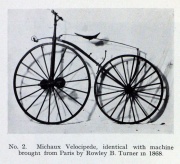 "I was fortunate enough to enjoy the friendship of Rowley Turner during the last few years of his eventful life (he died at Falmouth on 30th October, 1917, aged 77), and frequently heard him express regret that Coventry, 'the home of the cycle trade' as he called it, had no museum of old cycles. Having already acquired some 20 specimens, I then and there determined to make them the nucleus of a collection, hoping that it would in time become sufficiently representative to merit presentation to the city of Coventry."[9]