Difference between revisions of "Rover" 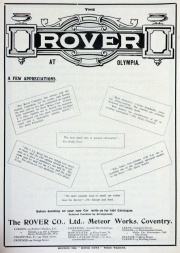 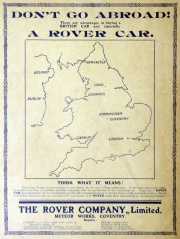 1940 In early 1940 Rover were approached by the government to support Frank Whittle in developing the gas turbine engine. Whittle's company, Power Jets had no production facilities and the intention was for Rover to take the design and develop it for mass production. Whittle himself was not pleased by this and did not like design changes made without his approval but the first test engines to the W2B design were built in a disused cotton mill in Barnoldswick, Lancashire, in October 1941.

After the Second World War, the company abandoned Helen Street and bought the two Shadow Factories. Acocks Green carried on for a while making Meteor engines for tanks and Solihull became the new centre for vehicles with production resuming in 1947..

1946 Maurice Wilks became technical director. The company was in difficulties because steel quotas were allocated on the basis of a company's export sales, and the Rover luxury cars did not sell well overseas. Faced with an allocation of steel enough for only 1100 cars, instead of the 20,000 planned annual output, Rover needed a short-term project to keep the production lines running at Solihull. This led in 1947 to the development of the Land Rover, based on the American jeep, by Wilks and his design team. The Land Rover was produced at Solihull.

Launched in 1948, the Land Rover, a small four-wheel drive vehicle, was originally intended as a farm vehicle, to be more versatile than a jeep. An immediate success, used as much on the road as off it, it sold better than the Rover luxury cars: between 1948 and 1958 the company sold 200,000 Land Rovers, over 70 per cent for export. In 1950 Wilks began to develop a long wheelbase Land Rover, and in 1952 he had the idea for what was to appear as the Range Rover in 1968. The Land Rover saved the company, and turned Rover primarily into a manufacturer of light commercial vehicles.