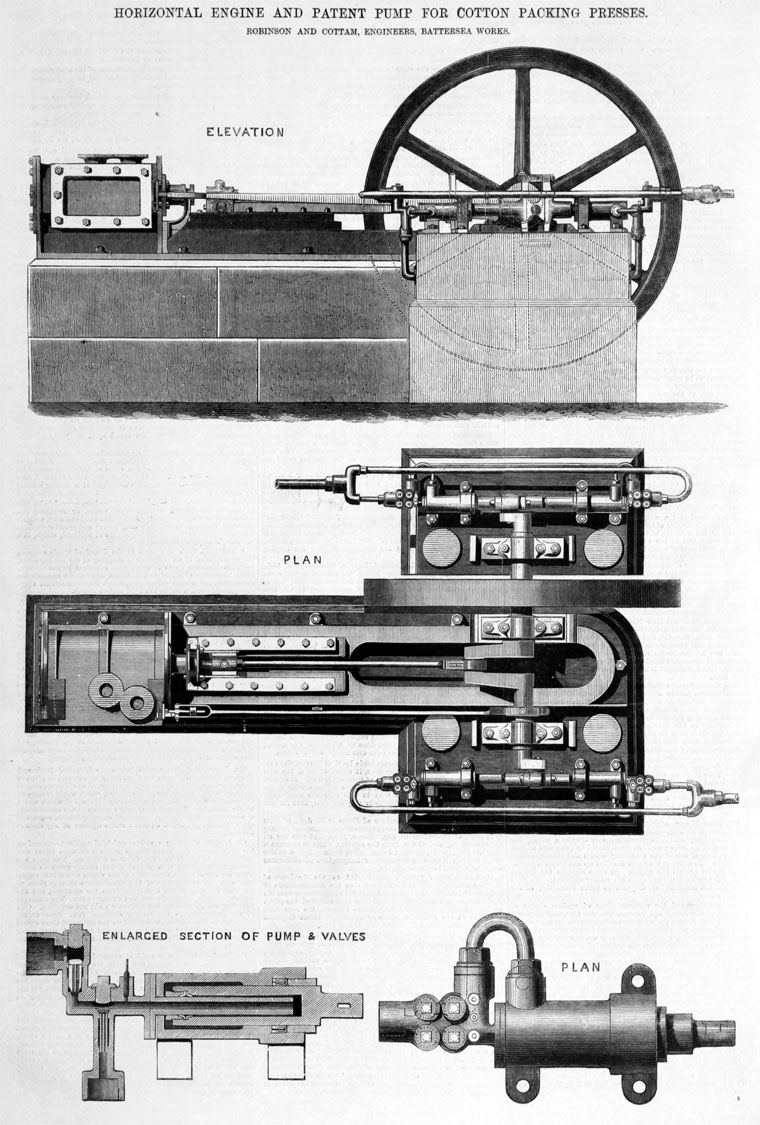 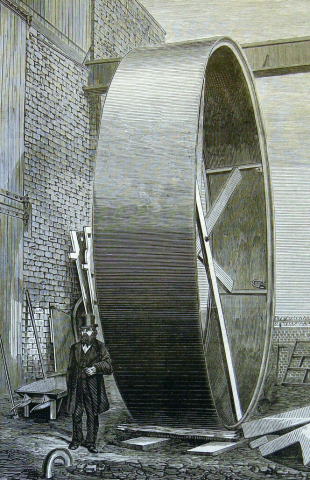 1852 Edward Cottam (1816-1904) went into business with Francis Robinson, formerly of Bramah and Robinson. Large statues were cast at the Pimlico Works of Robinson and Cottam.

Robinson and Cottam guns were used in the American Civil War

The foundry was later moved to Battersea, where the large iron cylindrical sections (over 20 ft diameter) for the piers of the Albert Bridge were cast in 1871.[1] (See illustration)

The Battersea Works also produced horseshoes by machine, as well as a "volley gun" invented by Edward Cottam [2]

1875 The company was put into liquidation; Mr Cottam retired.