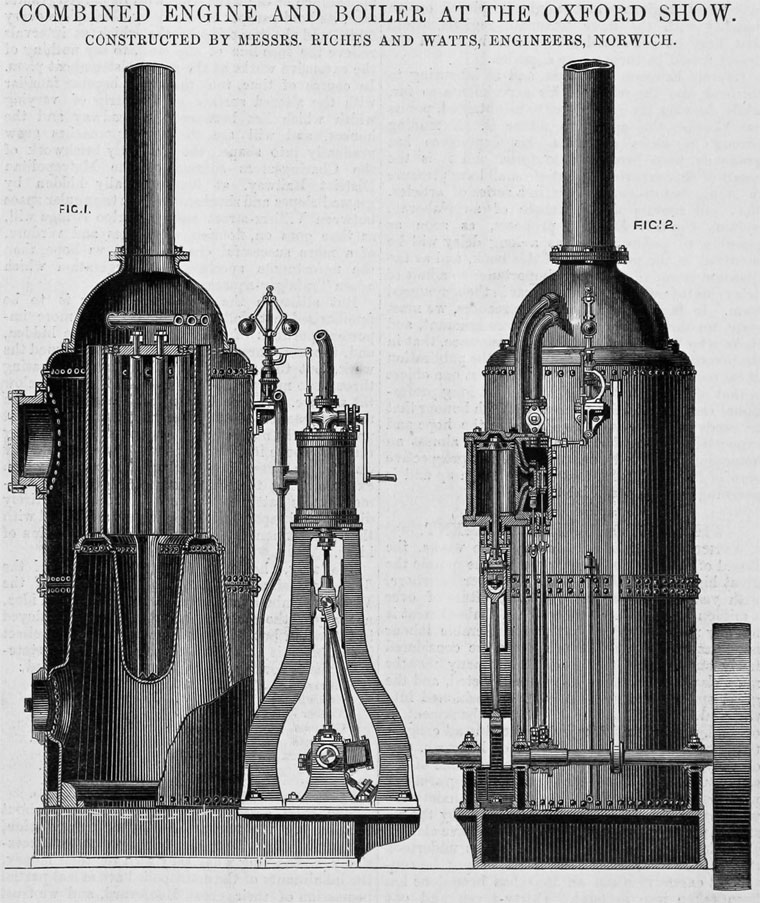 1870. Combined Engine and Boiler at the Oxford Show. 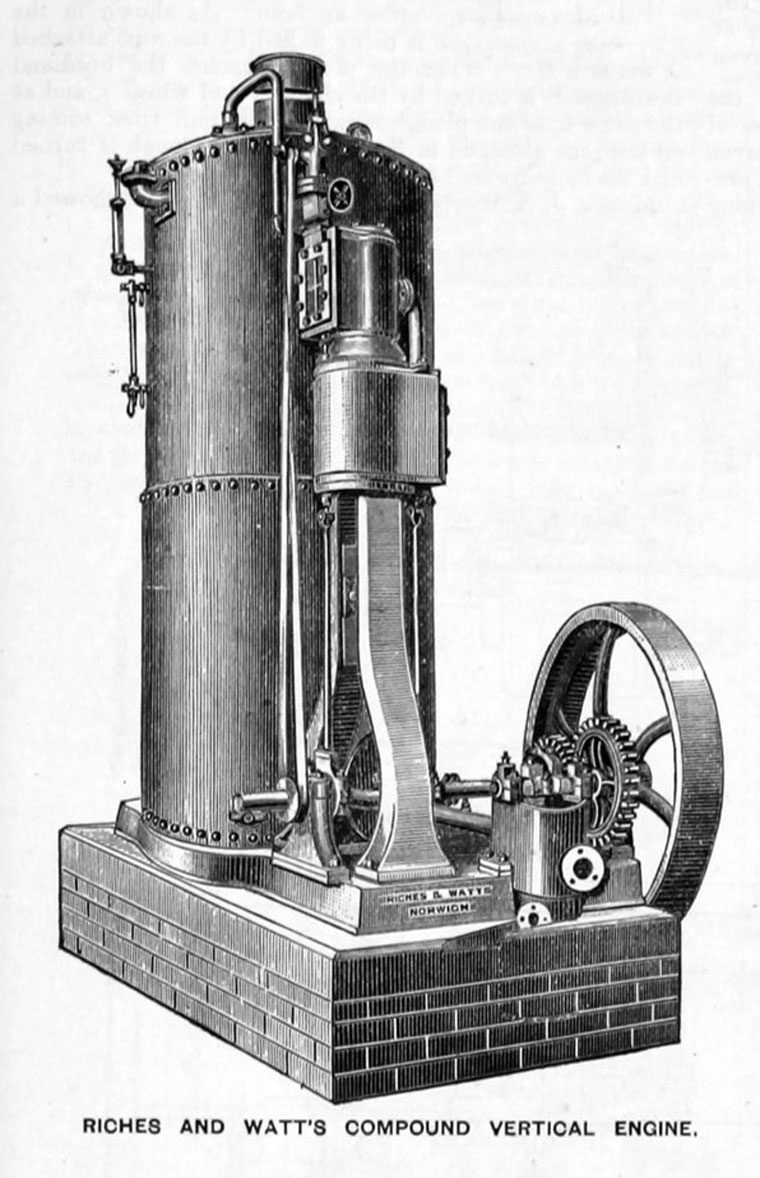 Connected with James Watts and Co which was dissolved in 1846

1858 Listed as Howard, Riches and Watts of Duke's Palace Ironworks

1860 July. Became Riches and Watts on the death of Joseph Howard

1865 Two types of portable engines shown at the Norwich Show

1867 Partner bankrupt. '...Charles James Watts, of the city of Norwich, Engineer, lately trading there in partnership with Richard Robert Riches, under the style or firm of Riches and Watts, having beep adjudged bankrupt...'[1]

1870 Description and illustration of a dredging machine and mud carrier for the River Witham improvement works, with W. F. Hobrough of Tattershall named as the designer.[2] However, a letter to 'Engineering' pointed out that Hobrough was not the designer.[3]. Then, in 1871, came the following letter:-
'Sir.- My attention has been directed to a letter which appeared in your valuable paper dated February 3rd, referring to Hobrough's dredger and mud-carrier, and which strikes me as being very unfair towards the above mentioned gentleman. I am, tberefore, desirous of stating that in the early part of 1867 the first carrier was made by Messrs. Clayton, Shuttleworth, and Co., and as their draughtsman I prepared the drawings for the same, the work being carried out under the supervision of Mr. Good, manager of the machine department at Stamp End Works. In every case Mr. Good obtained all particulars and information from Mr. Hobrough, and from him only, and has the strongest reason to believe the original idea emanated from him, although he improved upon many little matters of detail as the work proceeded. As both Mr. Good and myself are anxious that full justice should be done to Mr. Hobrough in the matter, your insertion of the foregoing facts will greatly oblige.
Yours truly, JOSEPH J. TYRRELL AND JAMES GOOD. Lincoln, February 13, 1871.'[4]. This was followed a week later by Hobrough's own account.[5]

1892 The Norwich Electric Light Co purchased the site of Duke's Palace Ironworks for conversion into an electricity generating station. Initially they only used a third of the space so Riches and Watts were leased the remaining space to continue ironworking. The station commenced supply on 3rd August 1893.[7]