Richard Trevithick: Catch Me Who Can 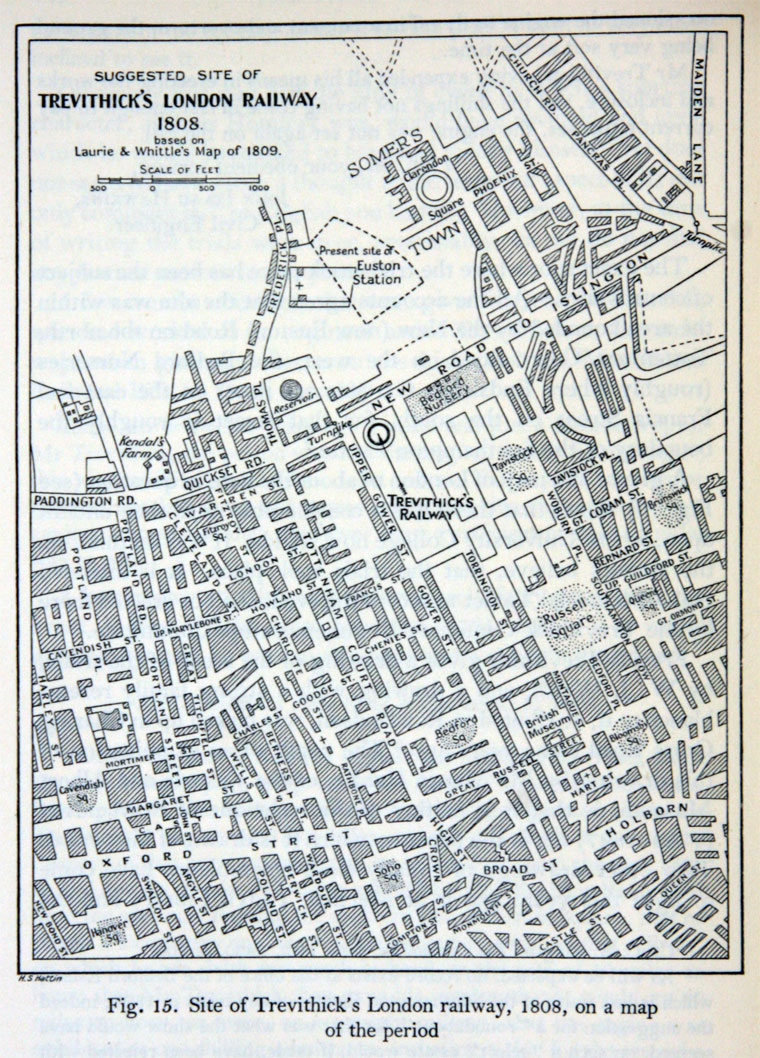 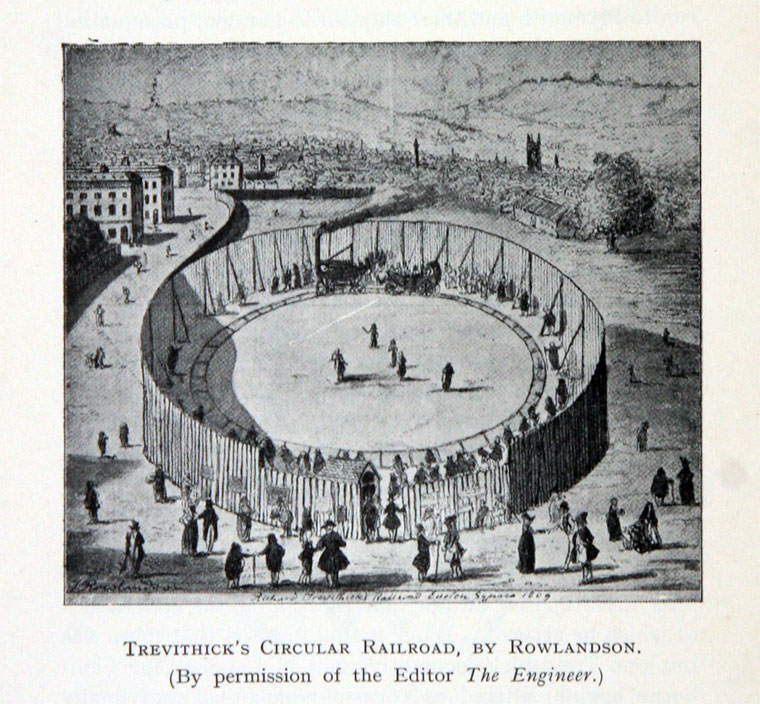 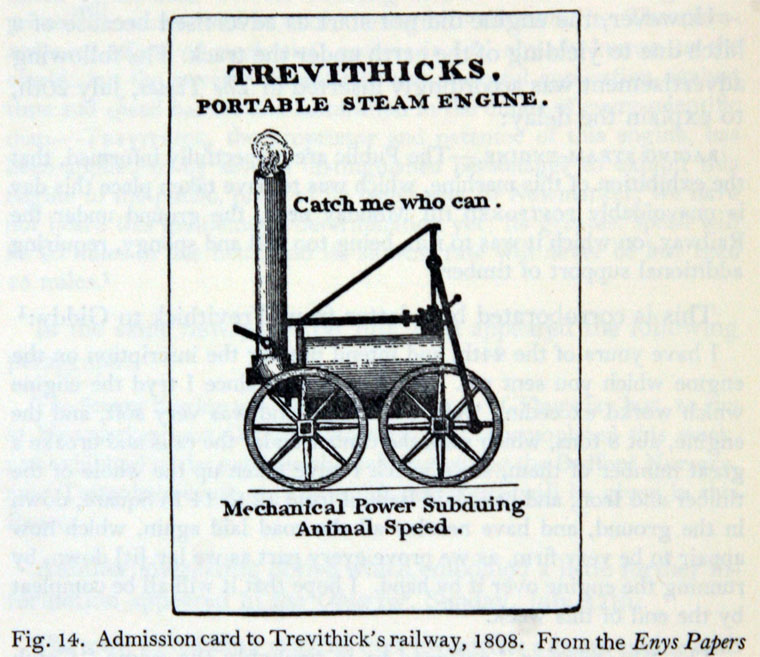 1808. Admission ticket to see 'Catch me who can' on Trevithick's Circular Railway in London. 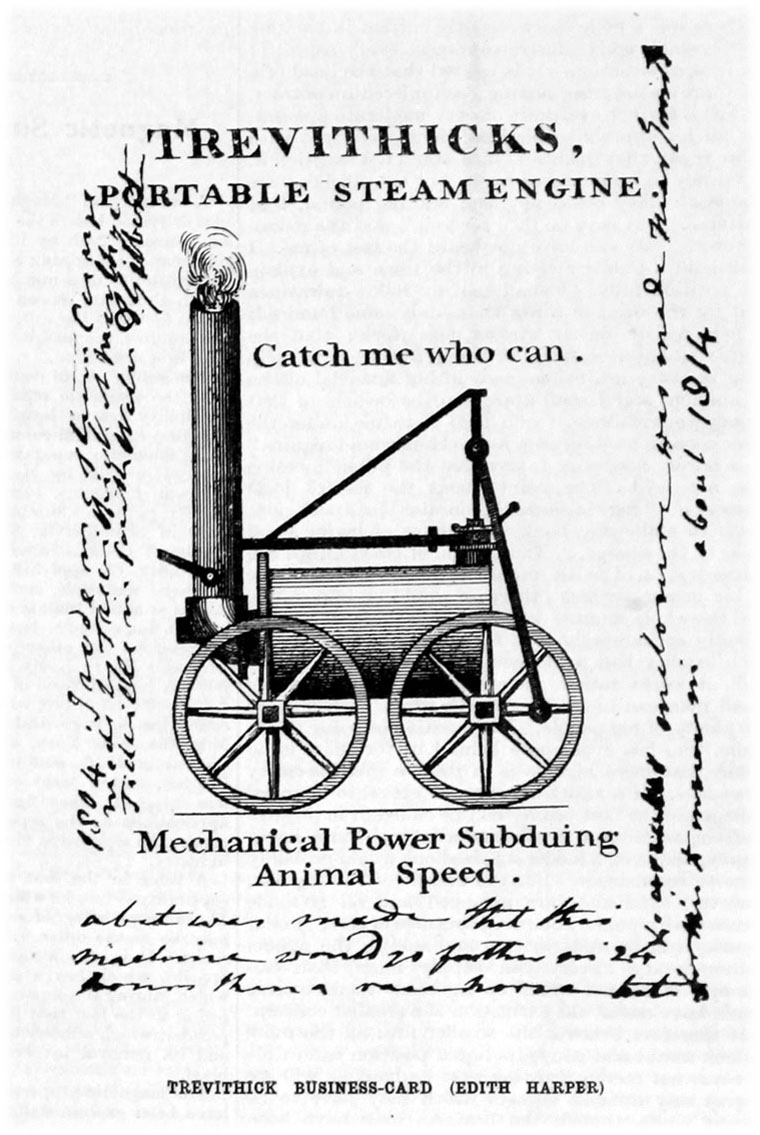 Catch Me Who Can.

Catch me who can was a steam locomotive created by Richard Trevithick.

1808 Builds ' Catch me who can' and demonstrates it in London.

The engine was built for him by Hazeldine and John Urpeth Rastrick at Bridgnorth near Stourbridge. It was similar to that used at Pen-y-Daren and named by the daughter of Davies Gilbert.

This was Trevithick's third railway locomotive after those used at Pen-y-Daren and the Wylam Colliery. He ran it on a circular track at Torrington Square, near the present day Euston Station in London.

The locomotive reached a top speed of 12 mph (19 km/h). It proved too heavy, however, for the relatively brittle cast-iron rails then in use and Trevithick closed his exhibition after a broken rail caused a derailment.

Admission was one shilling including a ride and it was intended to show that rail travel was faster than by horse. This venture also suffered from weak tracks and the interest from the public was limited. Trevithick was disappointed by the response and designed no more railway locomotives. It was not until 1812 that steam locomotives built by other engineers started replacing horses for hauling coal wagons at the collieries.