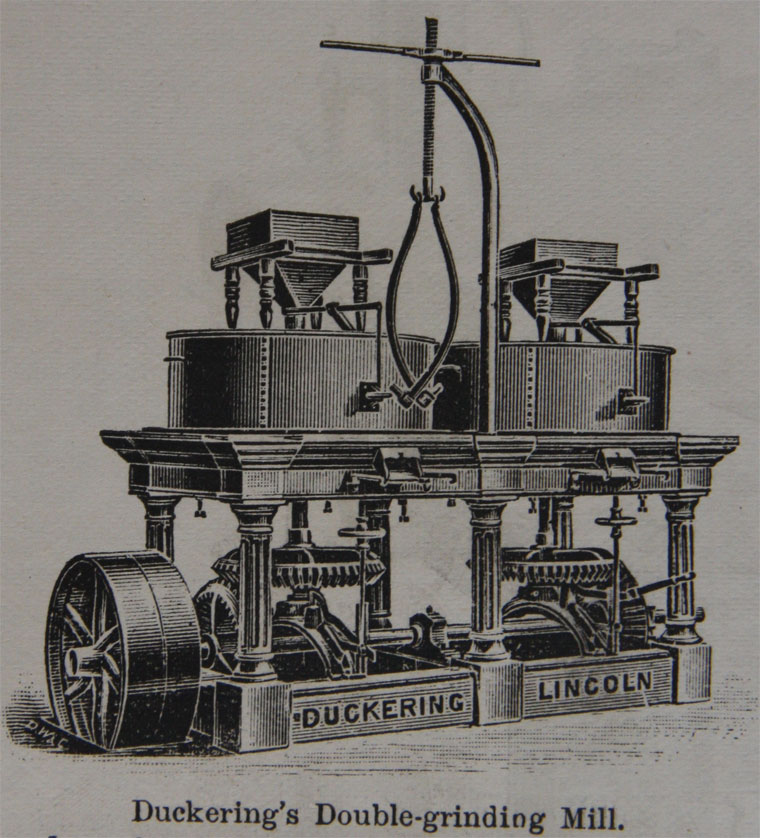 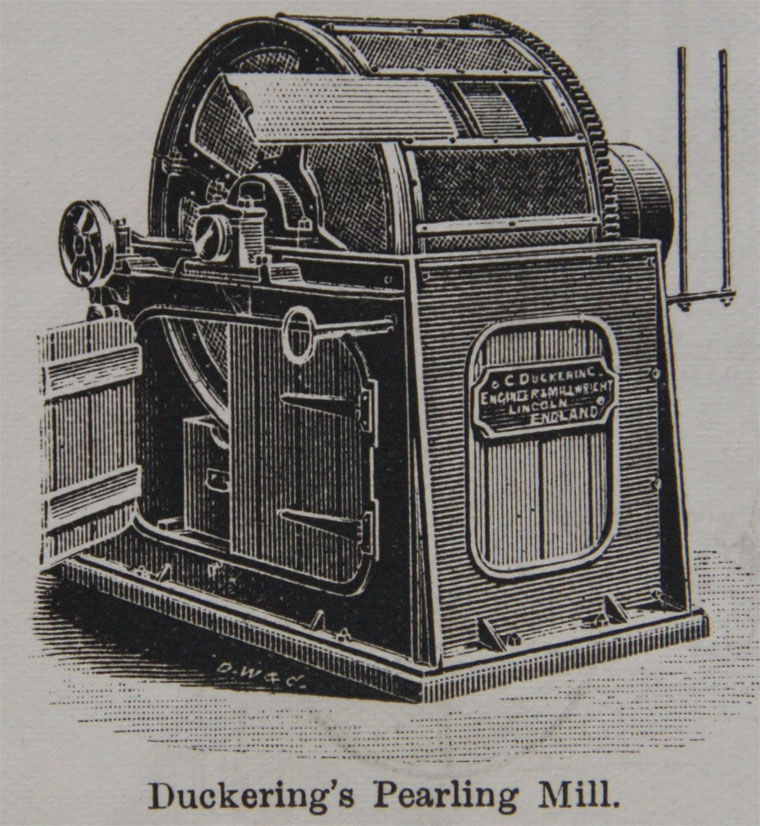 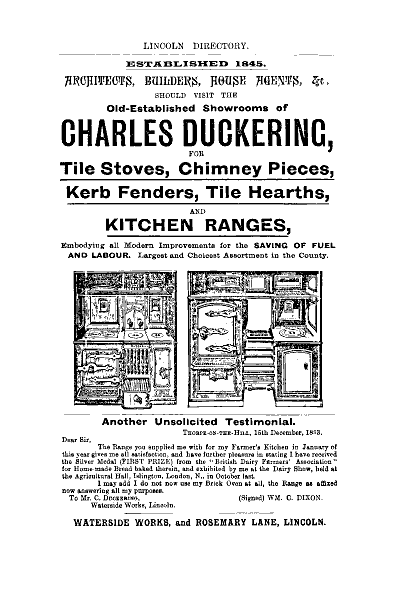 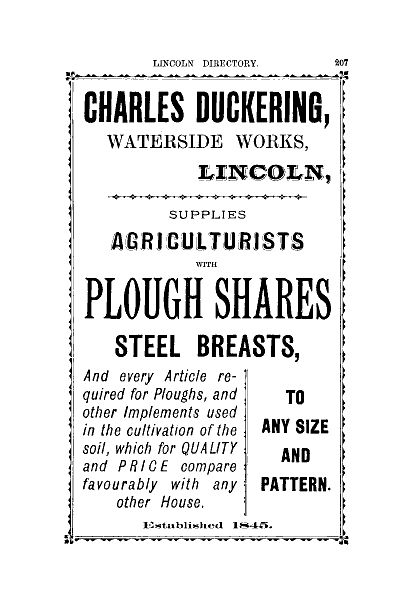 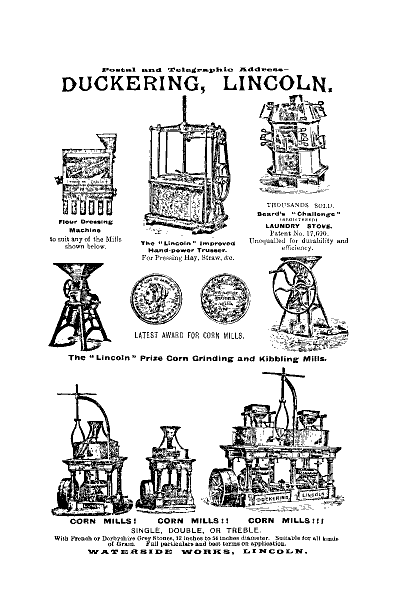 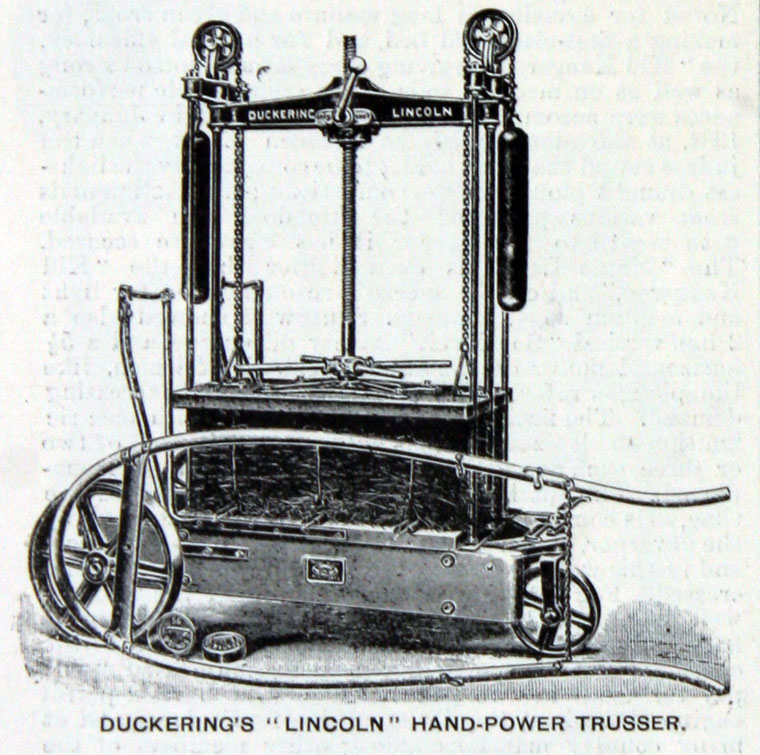 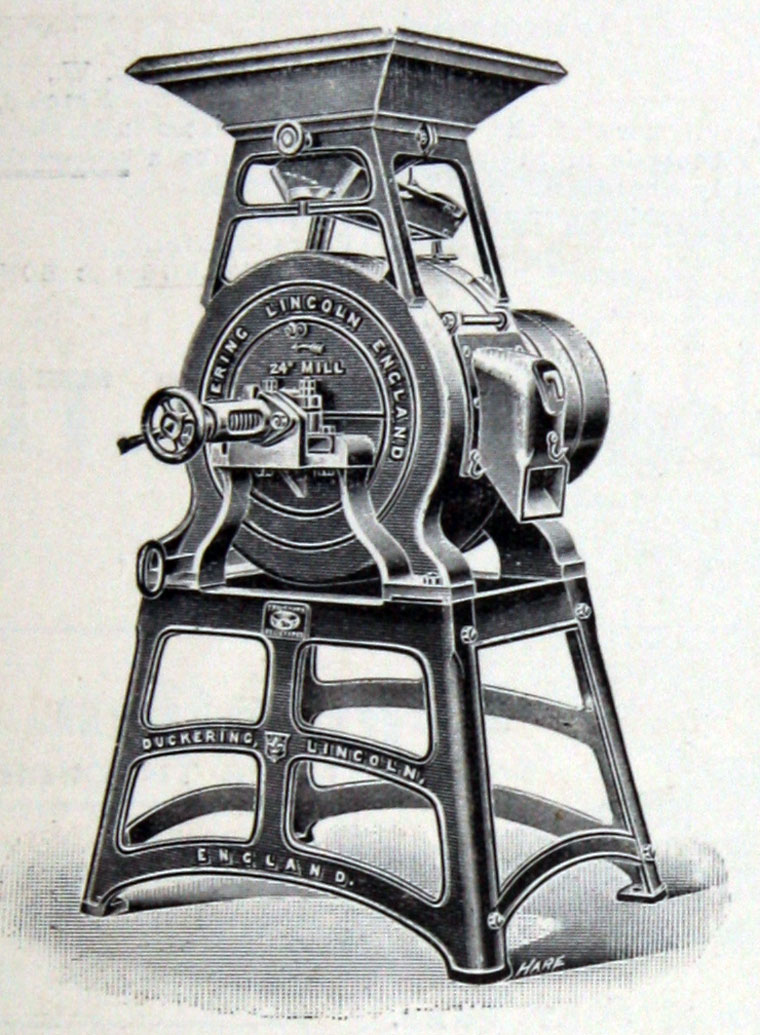 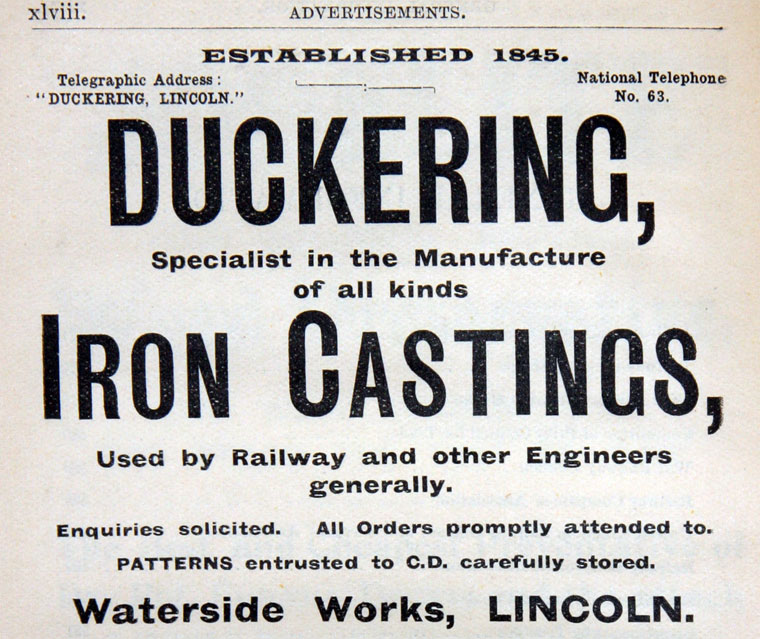 1845 Company established by Richard Duckering (1825-1870) as Burton and Duckering. The works were started as an iron and brass foundry for the manufacture of kitchen ranges and agricultural implements

1856. Advertisement. 'AGRICULTURAL IRON WORKS, Waterside South, LINCOLN. RICHARD DUCKERING respectfully returns his grateful acknowledgements to his numerous friends for the patronage has received for several years, and begs to state that he has enlarged his Premises, so as to enable him to execute all orders committed to his care with despatch. R. D. manufactures and supplies every description of Plough Castings, Chilled Plough Shares, superior Cart and Waggon Bushes. Pipe Bushes chilled superior to the Patent Bushes now in use, all kinds of Drill and Machine Castings, and all kinds of Land Roll Castings, Kitchen Ranges with Ovens and Boilers of every variety. Cast and Wrought-Iron Fencing of any design contracted for, or sold by weight. Scale and Machine Weights of all sorts. Columns, either hollow or solid, of any size, ornamental or plain, to suit any description of building. Brass Castings, made of the best materials for wear for machinery, of any degree of hardness, according to order....'[1]

The founder was followed by his son, Charles Duckering, who retired from the business in 1912, and died five years later.

1917 Richard Duckering (grandson of the founder) took over the business

1930 Took over the drawings for locomotives from Clayton Wagons of Lincoln.