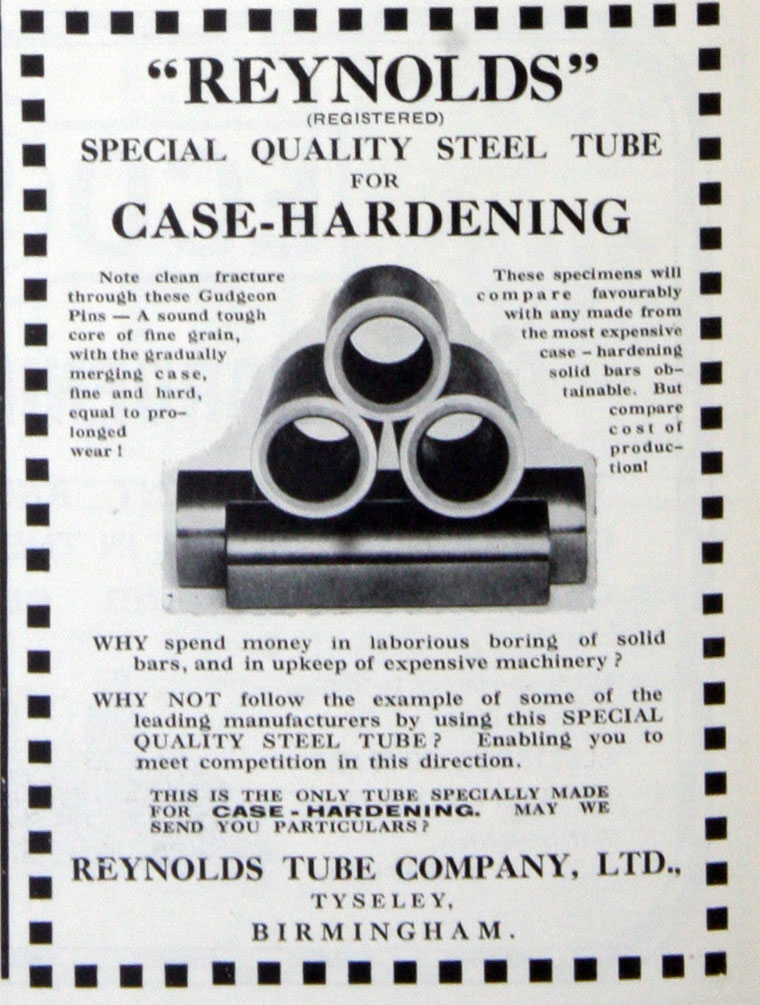 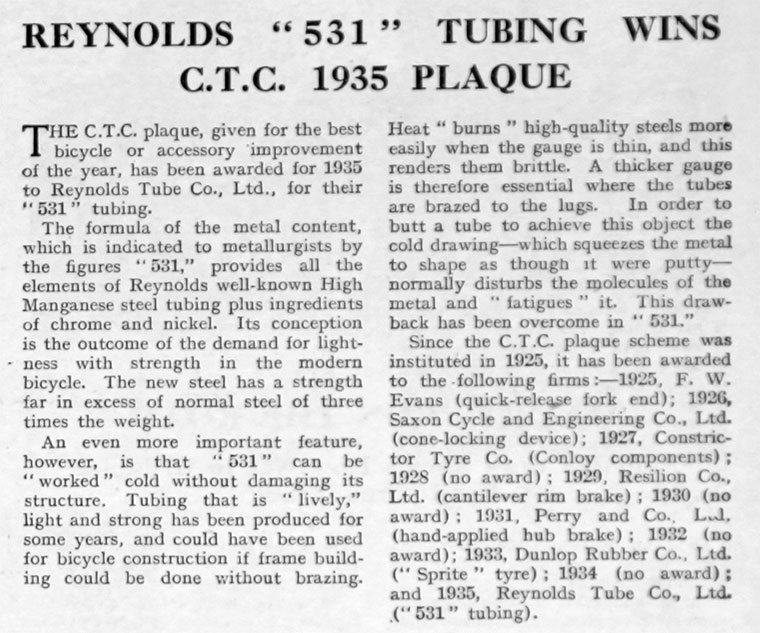 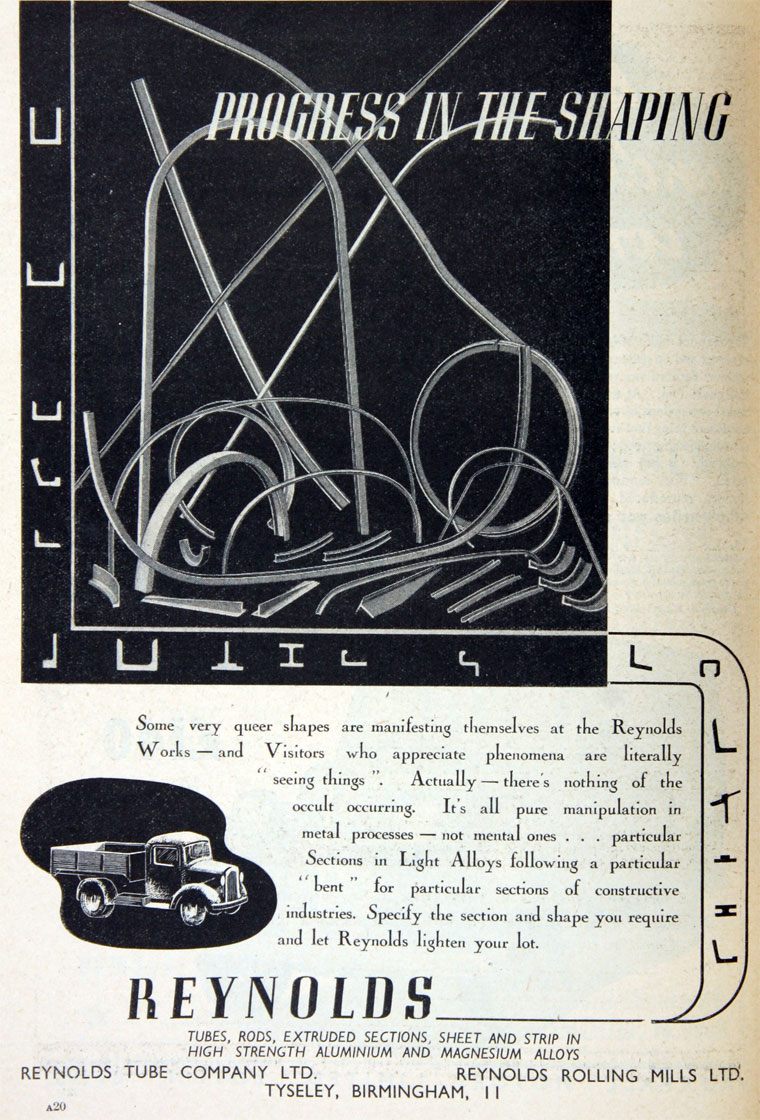 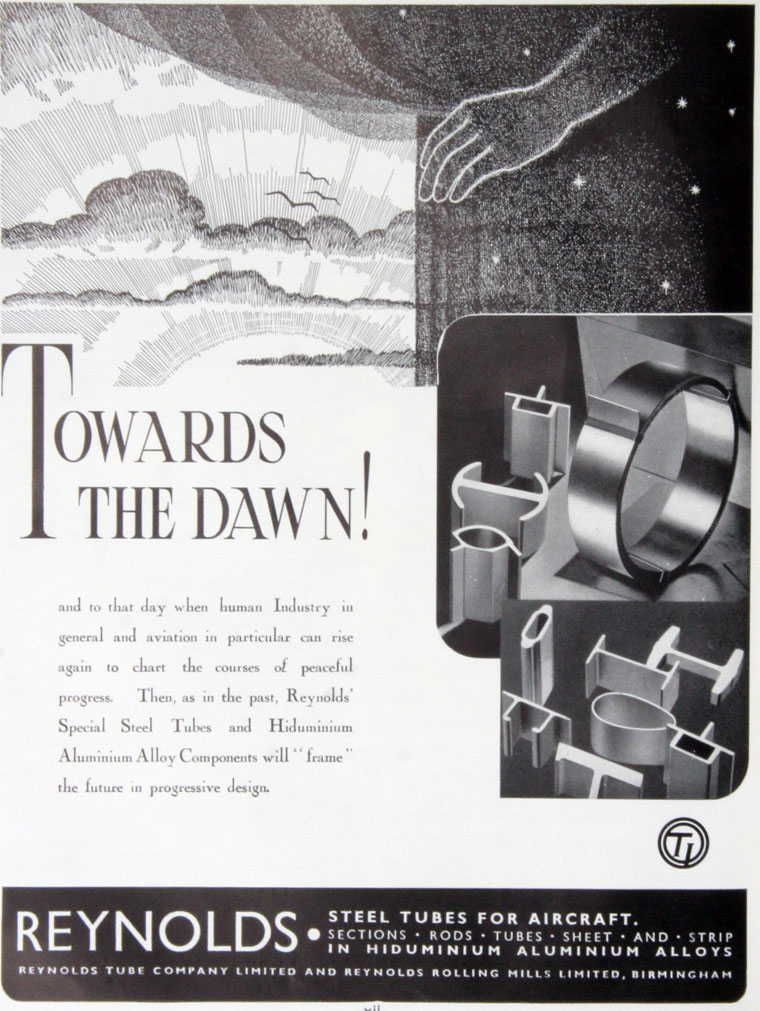 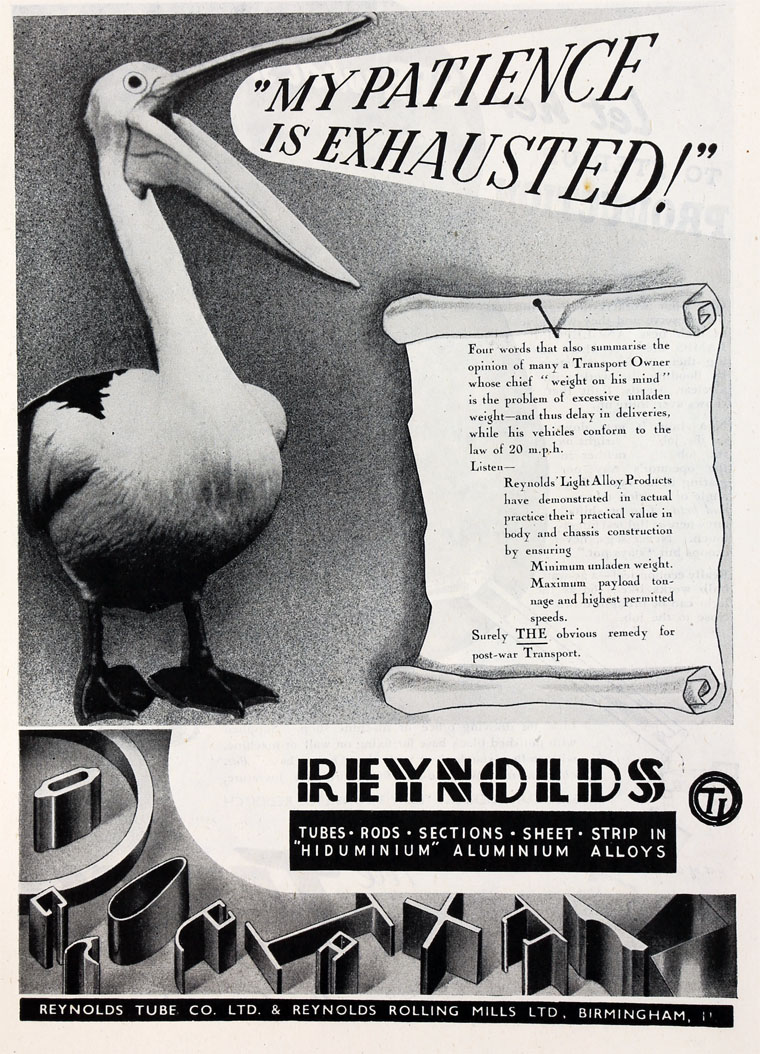 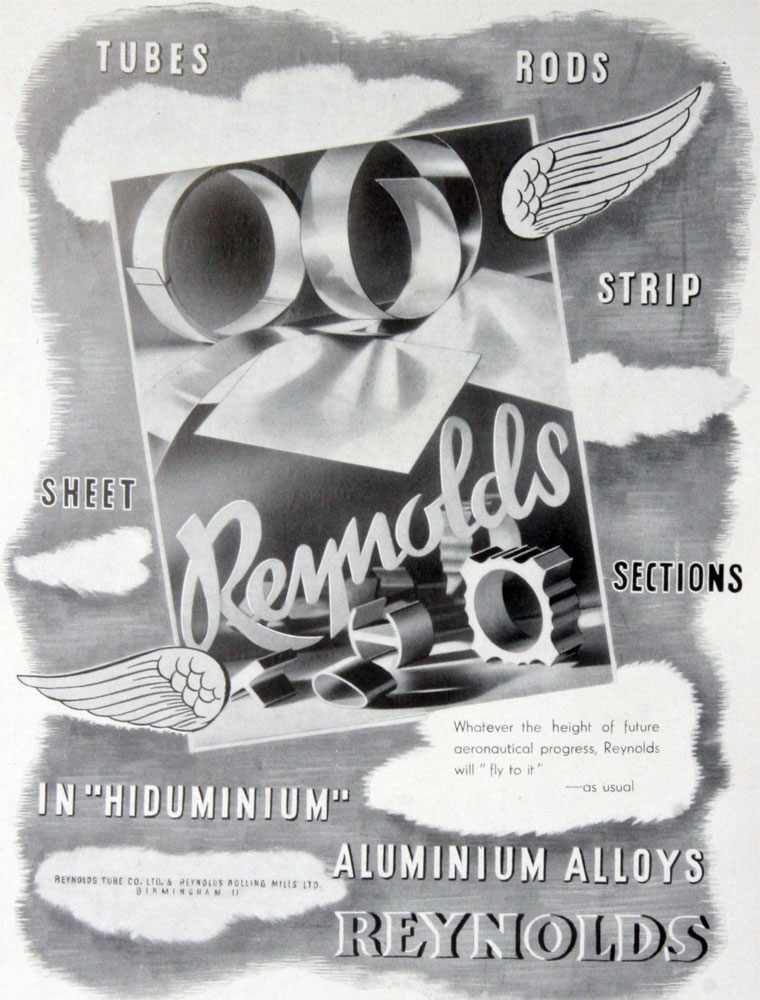 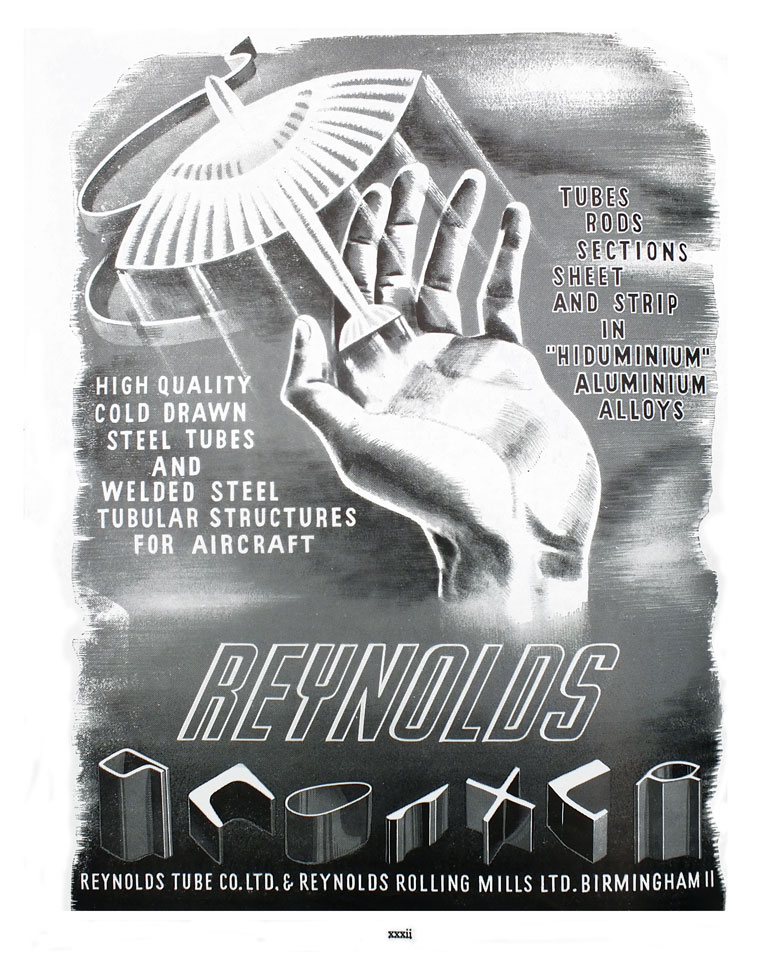 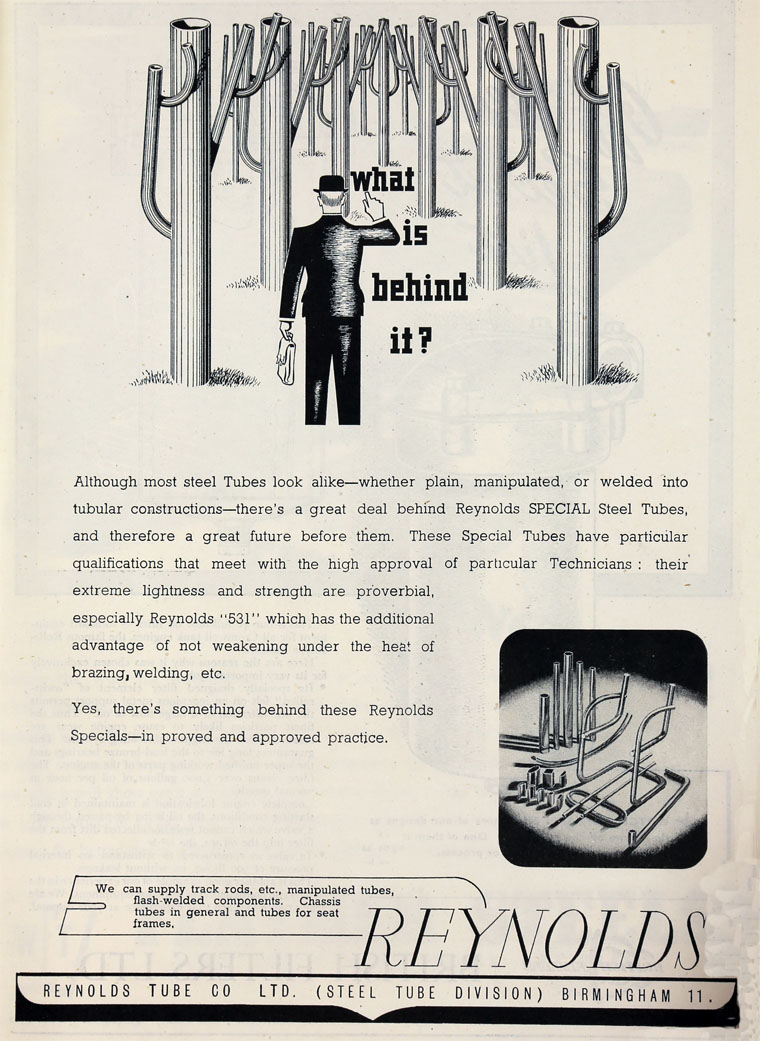 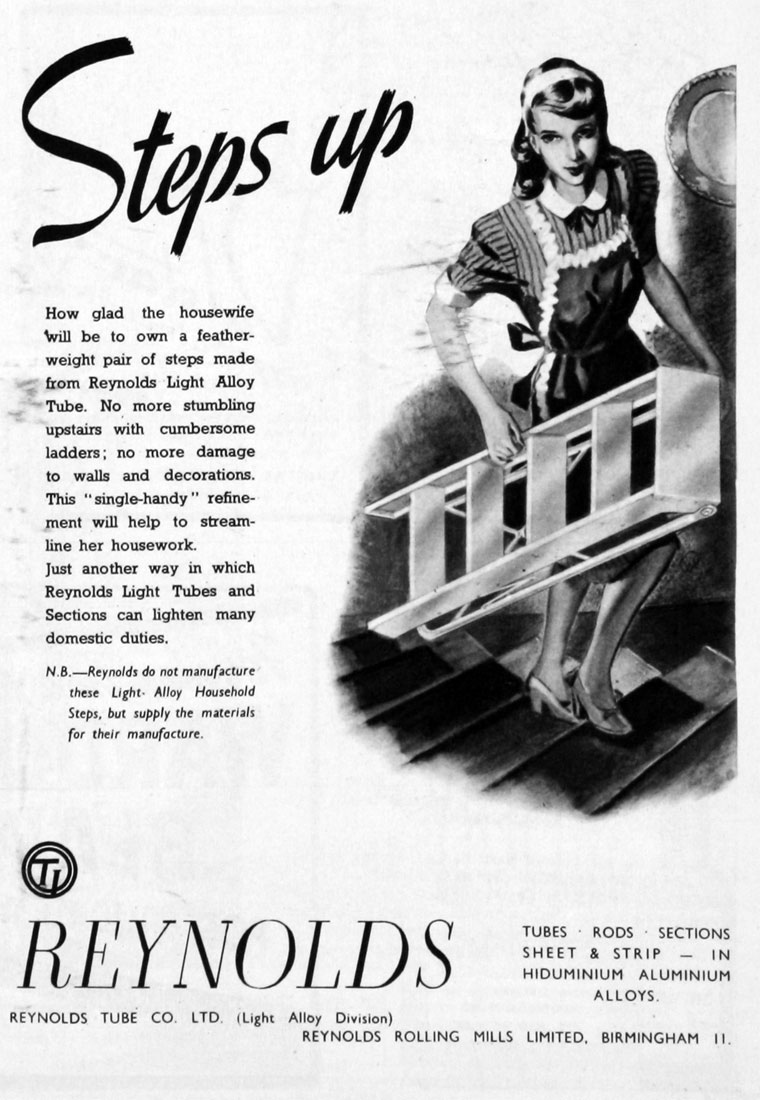 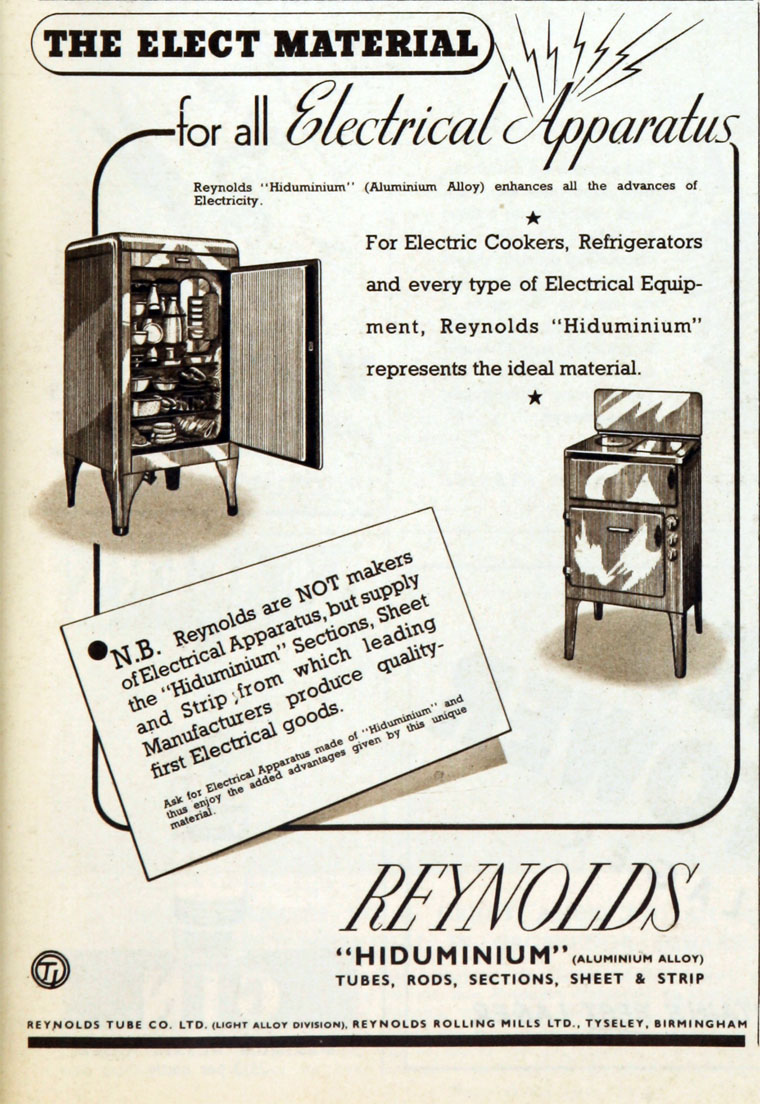 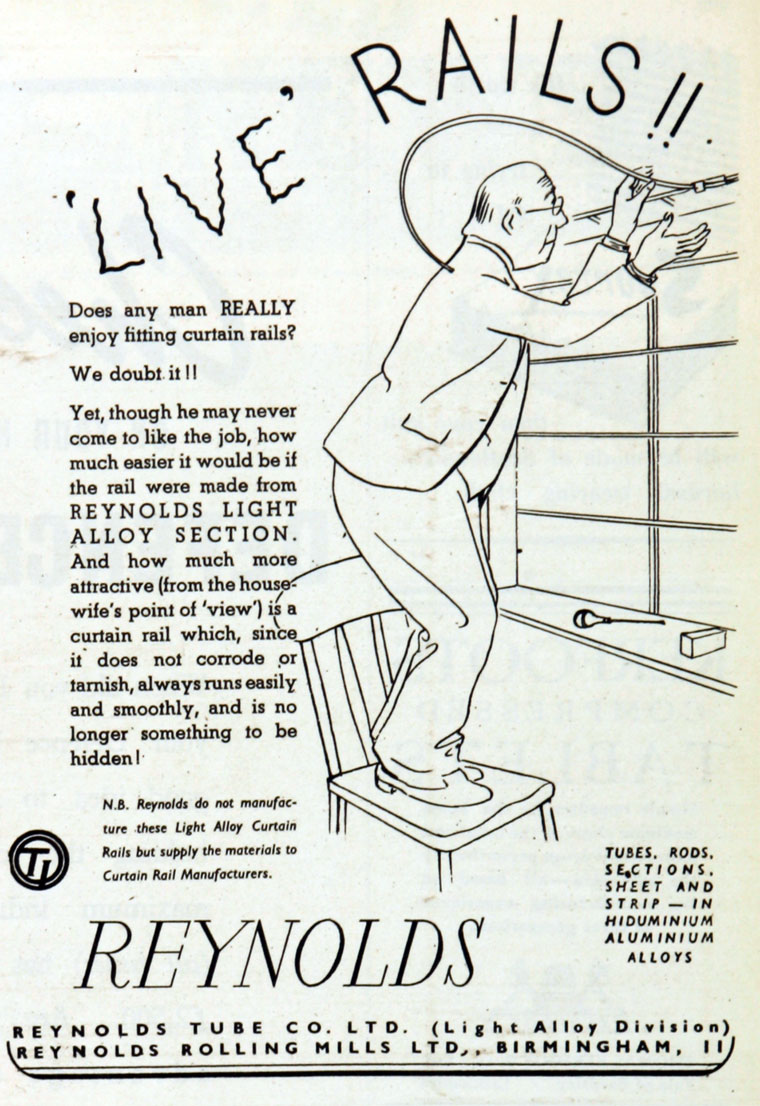 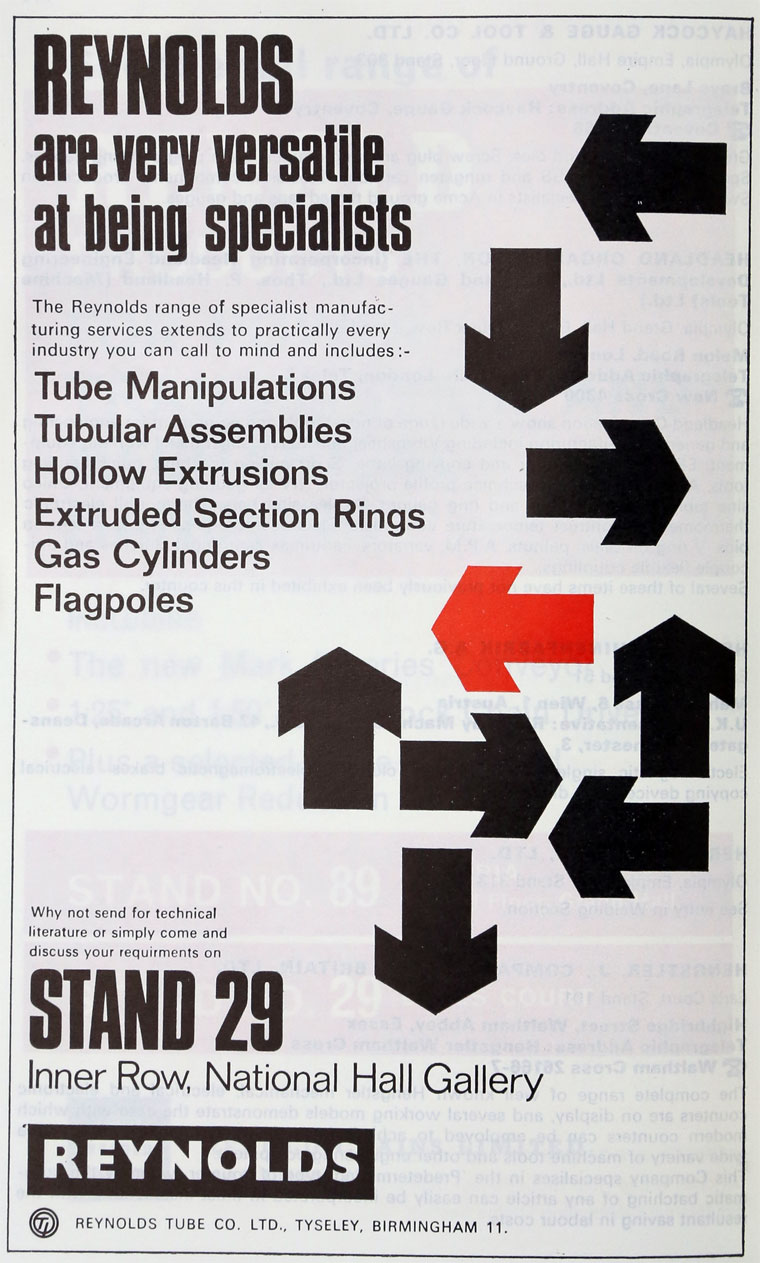 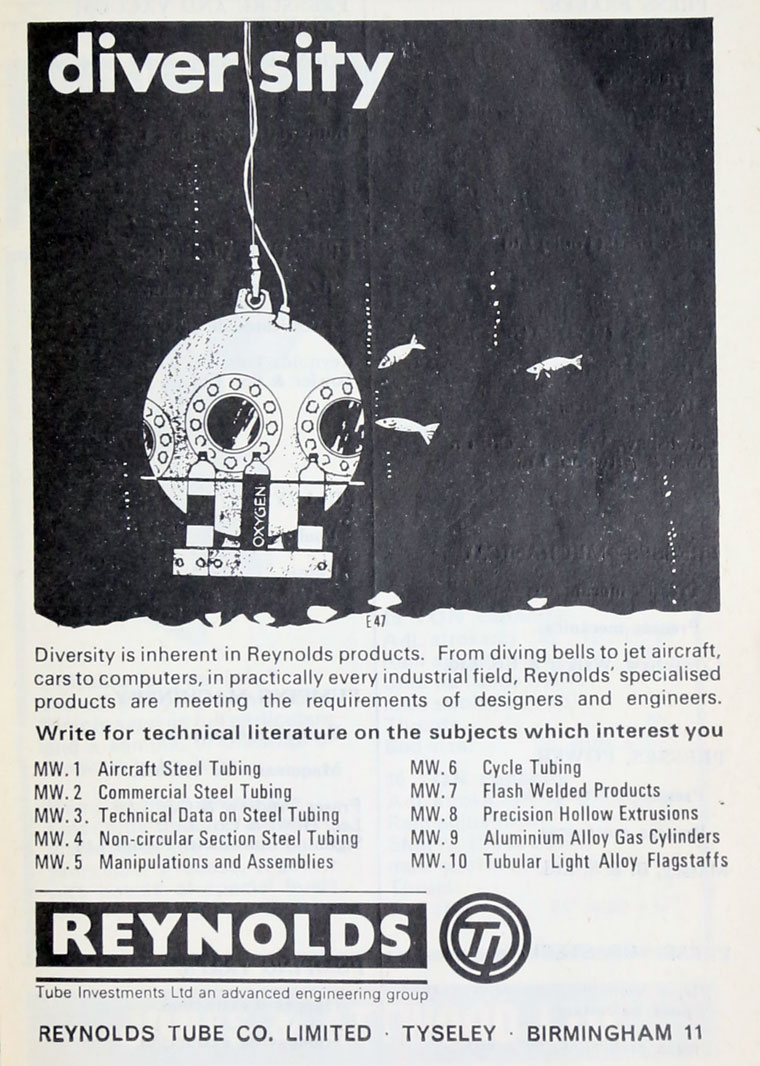 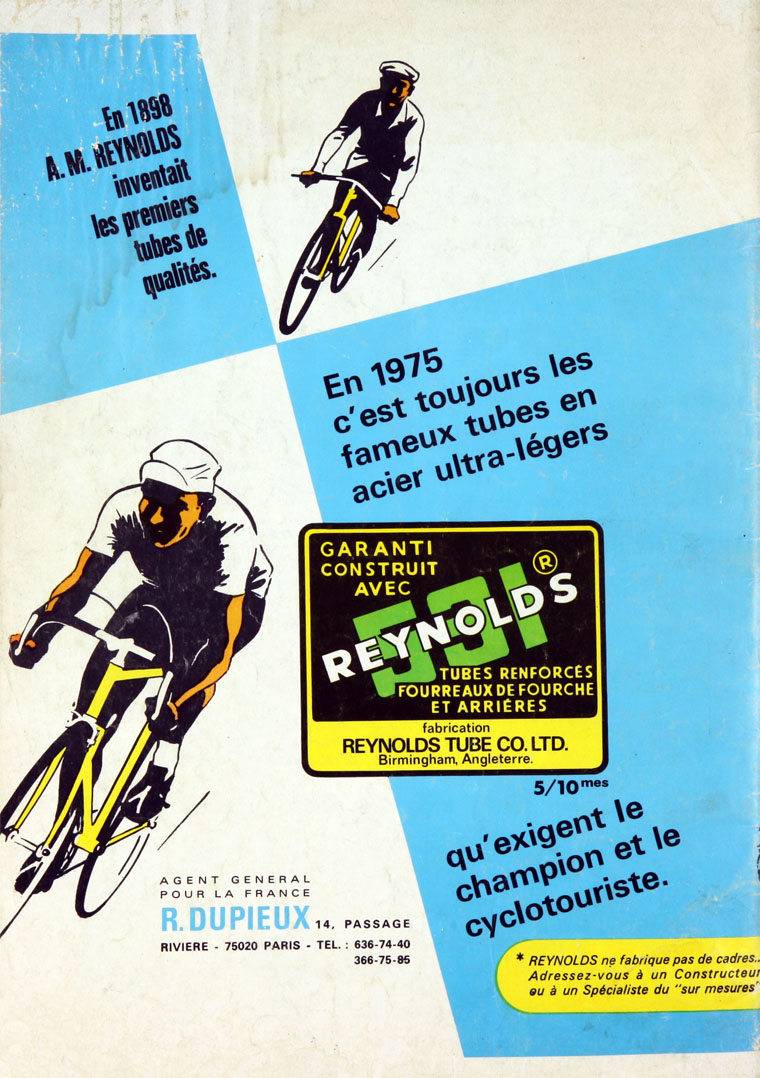 1841 John Reynolds started as a nail manufacturer, in Birmingham.

1917 With wartime production, The Patent Butted Tube Co relocated to a large Tudor house known as Hay Hall in Tyseley.

1935 Awarded the C.T.C. Plaque for the best Bicycle or accessory improvement of the year.[1]

2000 A management buy-out on 24th January, took Reynolds back into private ownership, whilst keeping all the employees. Manufacturing of metallic products continued at Tyseley. The company is named Reynolds Cycle Technology (2000) Ltd.

2006 The company was renamed Reynolds Technology Ltd, to reflect the increasing revenues from diversification into “new” sectors for tubing outside the cycle industry.

2007 After 90 years at Redfern Road, the company moved to a modern factory building in Shaftmoor Lane, Birmingham.

Reynolds was a moped produced by Reynolds Tube Co between 1955 and 1956.

A attractive prototype was built with a two-speed German Victoria engine hung from a beam frame, and both front and rear suspension. Reynolds had no intention of producing it themselves and no-one else took it up.