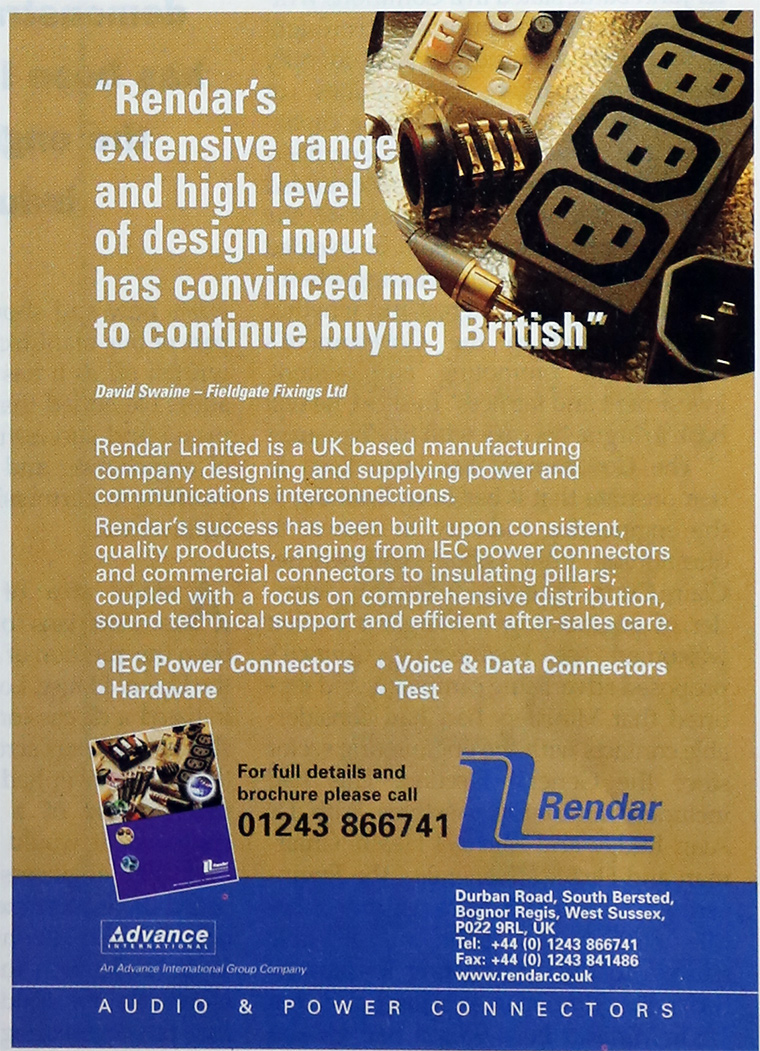 1945 A small tool-making and component factory was set up by Wright and Weaire. It was named after the company’s top designers, Renard and Dare, who were made Managing directors.

Later Rendar moved to a new 20,000 sq. foot factory in Burgess Hill, Sussex, were they prospered for many years.

1959 After the death of Renard, the Ferrograph Co acquired Rendar Instruments[2].