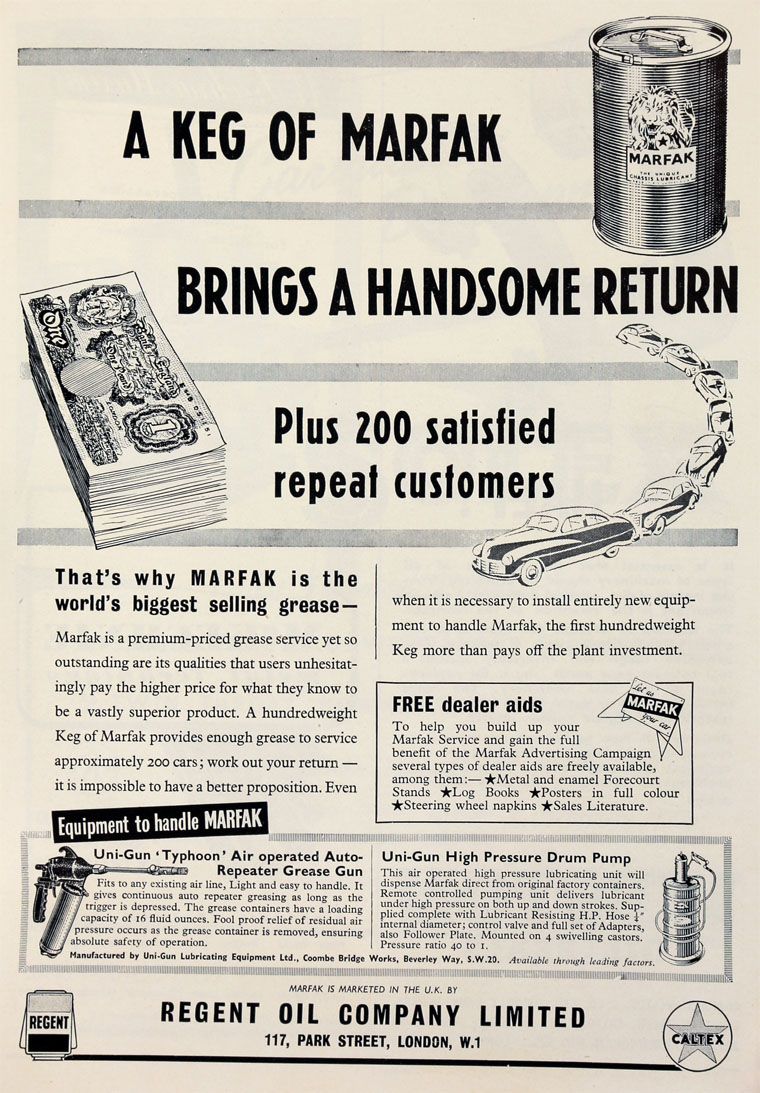 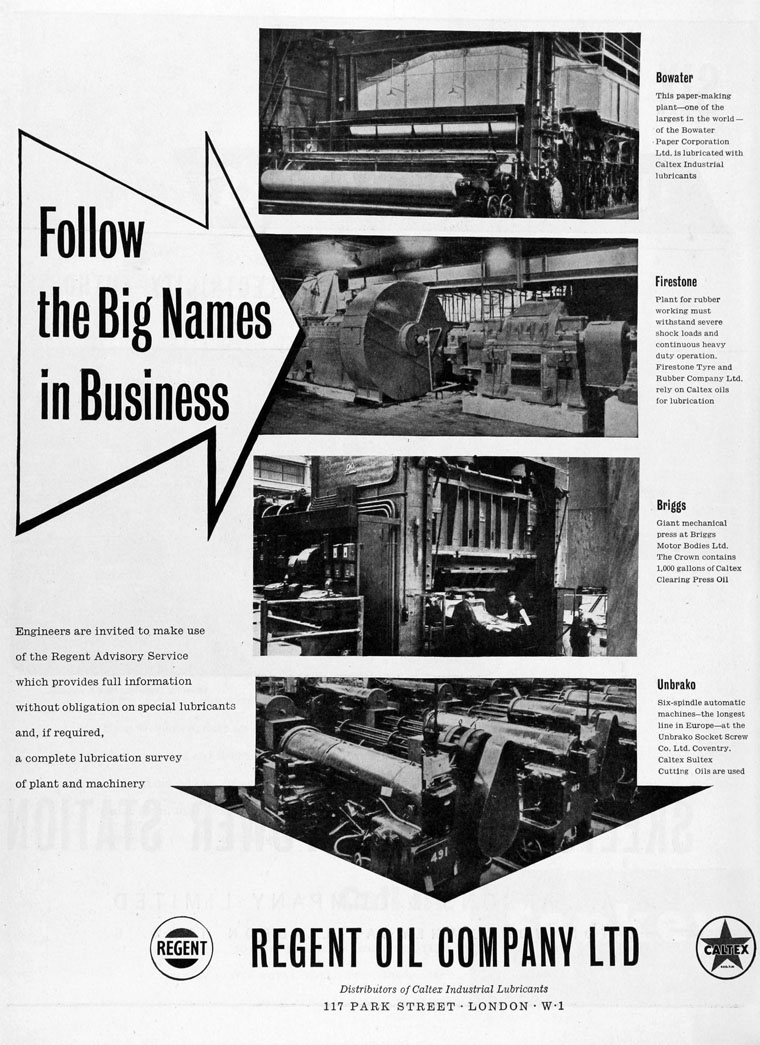 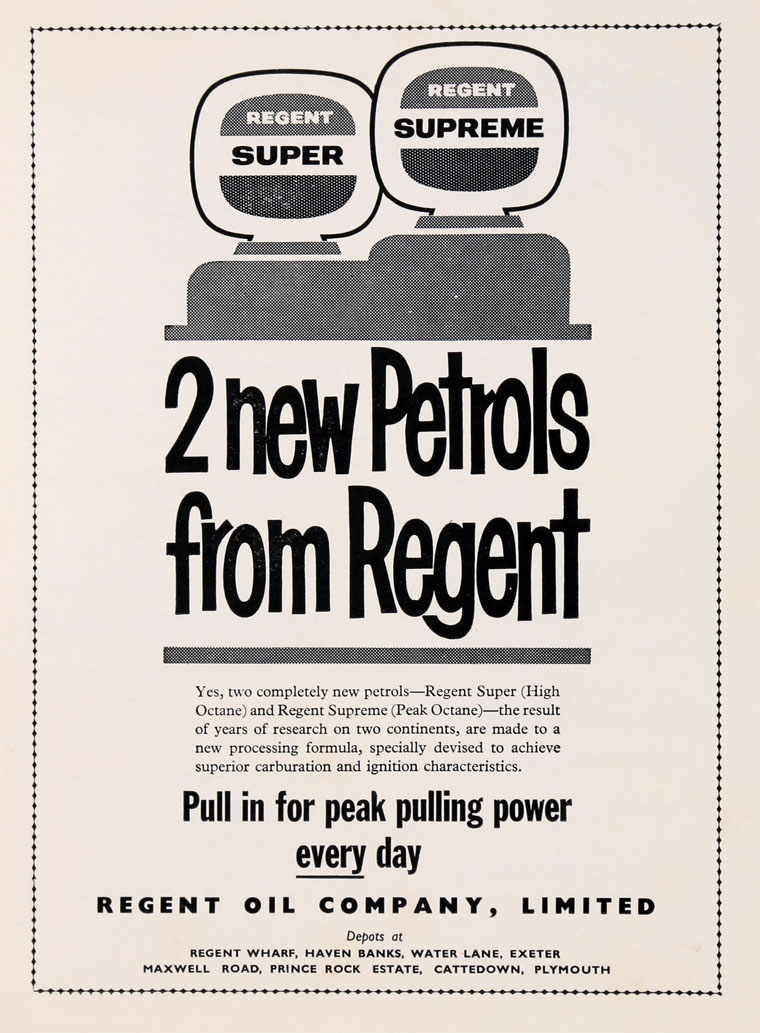 1948 In preparation for the dissolution of the Petroleum Board (in June 1948), Trinidad Leaseholds and the California Texas Corporation (Caltex) established joint marketing arrangements in the UK and Eire through a new company, the Regent Oil Company[1].

1962 Regent, which was jointly owned by Texaco and California Texas Corporation (Caltex)[2], built a refinery at Milford Haven[3]. Regent had the 3rd largest distribution chain in the UK.

1967 Split of Caltex assets in Europe left Texaco with almost all the Regent Oil Co properties in the UK except where there was duplication when the property would become Socal's (Standard Oil Co of California)[4].

"I began working for Regent Oil in 1962/3 at the age of 21 years. Regent Oil was a great company to work with that had about 30 tankers of all makes such as the Fodens tankers with 2 stroke engines (2 models dating from the mid 1950’s to mid 1960). WOW now these were super trucks 12 speed splitter gear box 4 shifts on the floor stick and 3 shifts on the steering column with a fan shaped exhaust tail pipe that shot a blue flame out that could be seen in the dark (crimes health and safety). Regent also had Atkinson 8 wheeled 24 ton tanks with wooden cabs probably dated from 1958 these were powered by a 6LW Gardener engine top speed 28 mph.

I remember a Guy tanker (8 wheeler with a Meadows engine). The vehicle was a super truck to drive to start with. Regent only had one of these vehicles at their Liverpool depot (based at the Dingle oil jetty and storage terminal). The cab on this truck was shaped like the stern end of a boat and was massive to say the least. I stand just 5ft 4ins tall and could stand up straight in this cab with about a further 6ins of head room. 'Regent Oil Co also had some later Guy models some were 6 wheel rear steer with a tank of 3400 gals and 21 tons gross weight.

When Texaco took control of the Regent Oil side of their business part of the the business went to Chevron Oil and a small amount of the garage business traded in Chevron Oil livery. However this did not last for to long for one reason or another." [6]