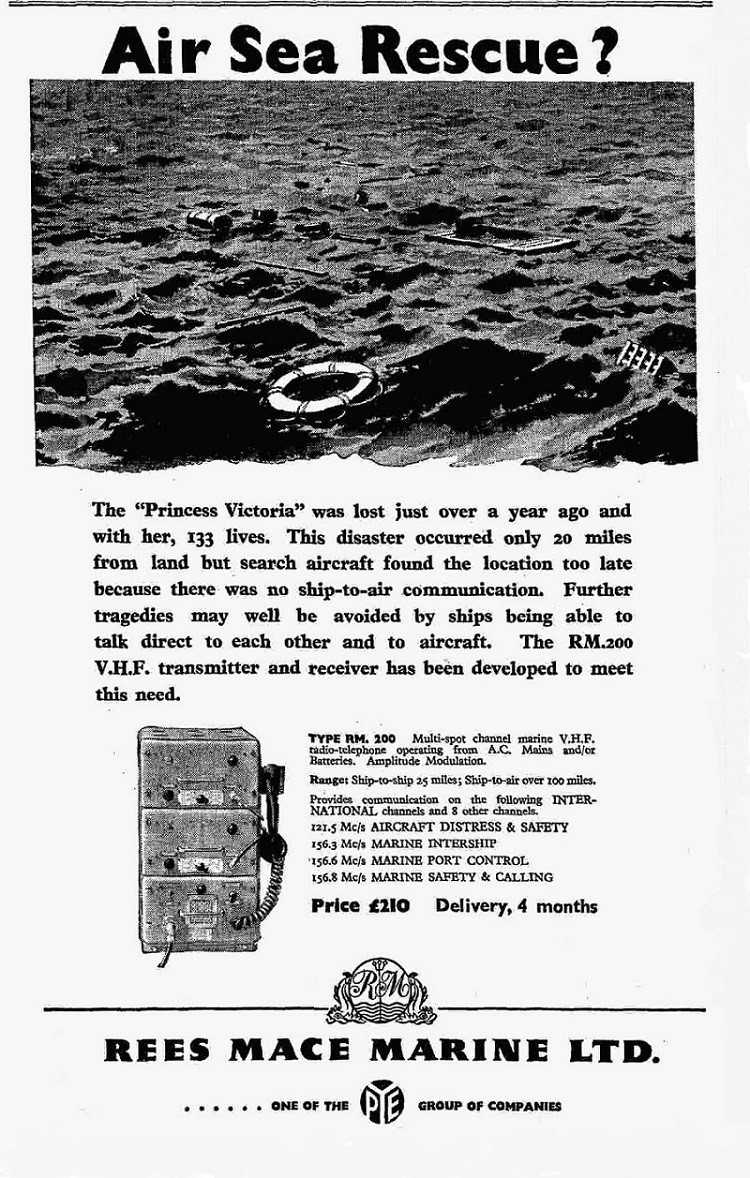 c.1950 The company was taken over by Pye and reformed as Rees Mace Marine. [4]