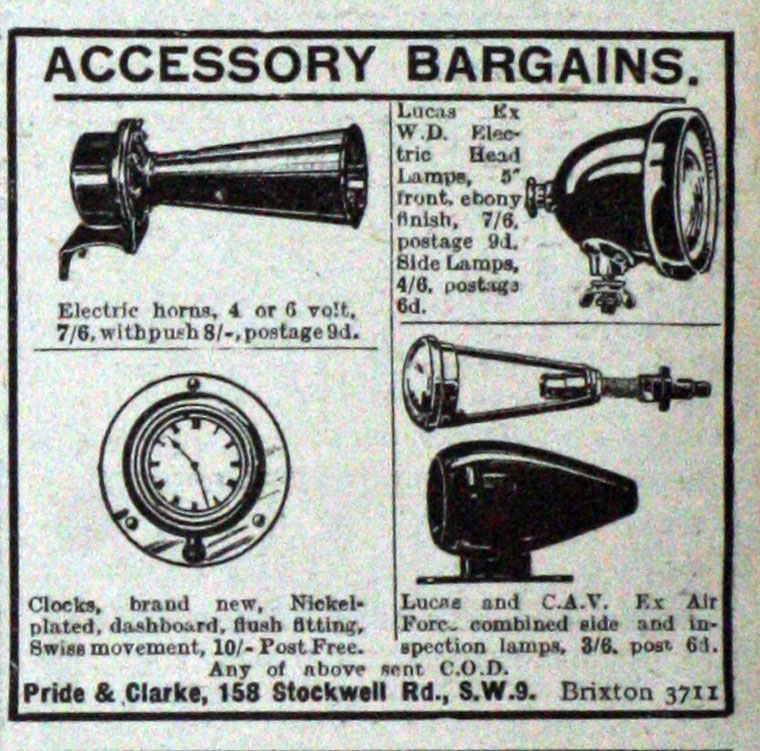 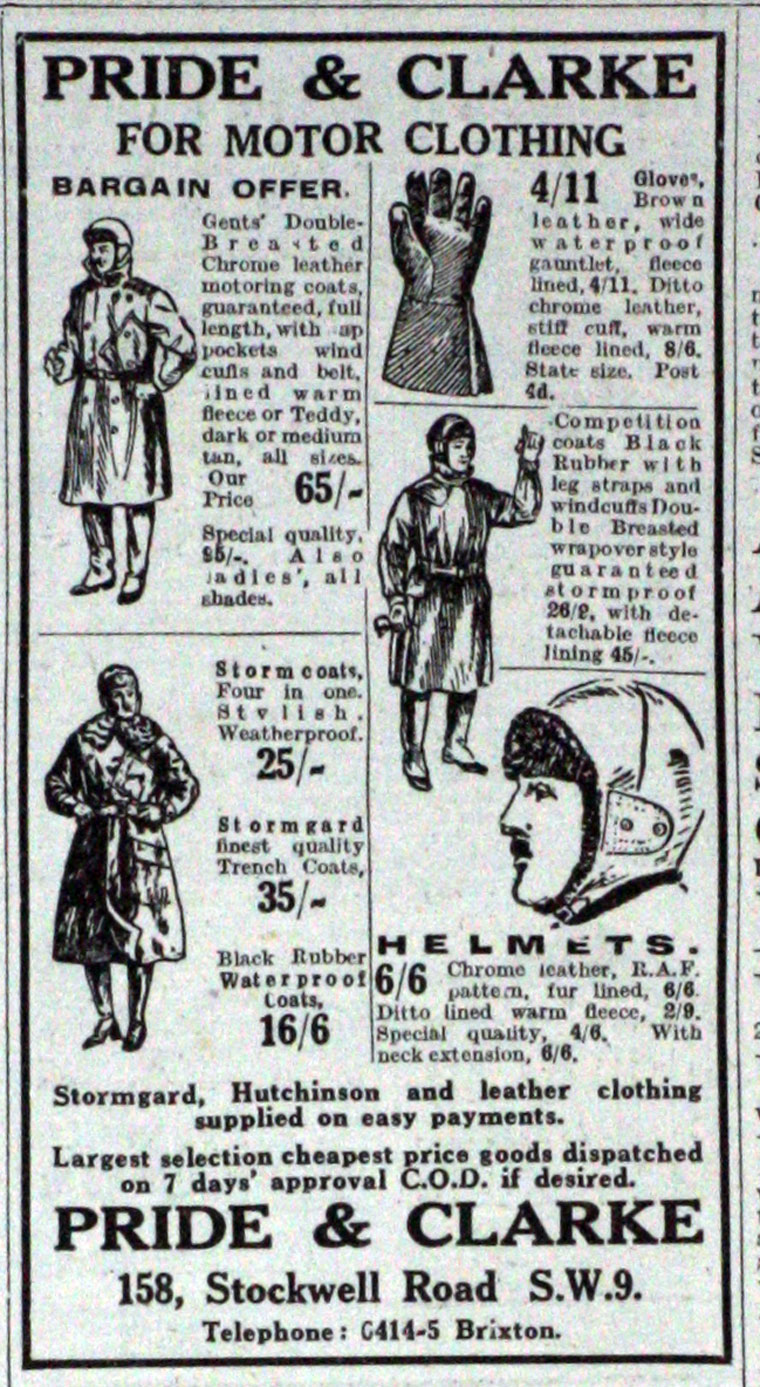 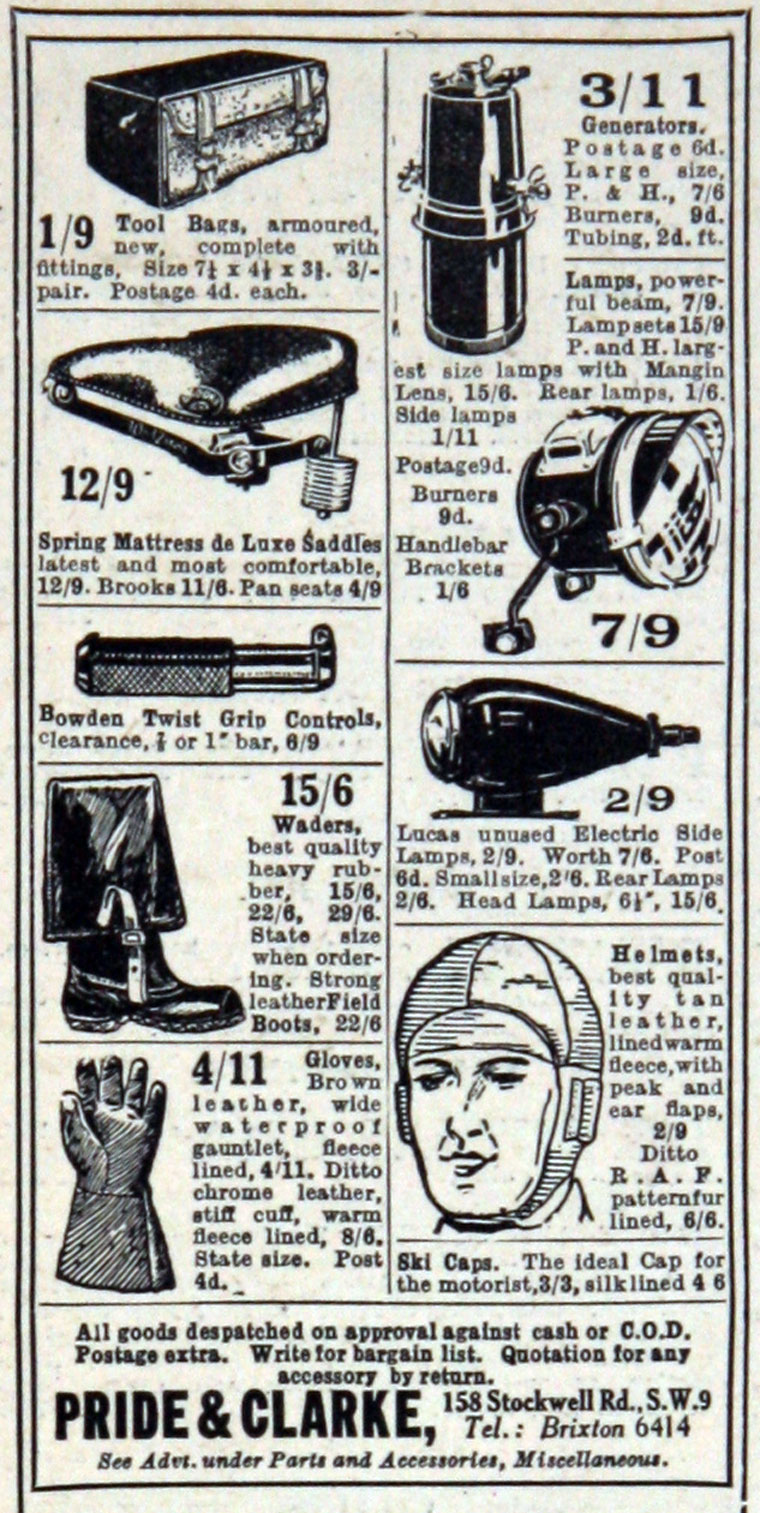 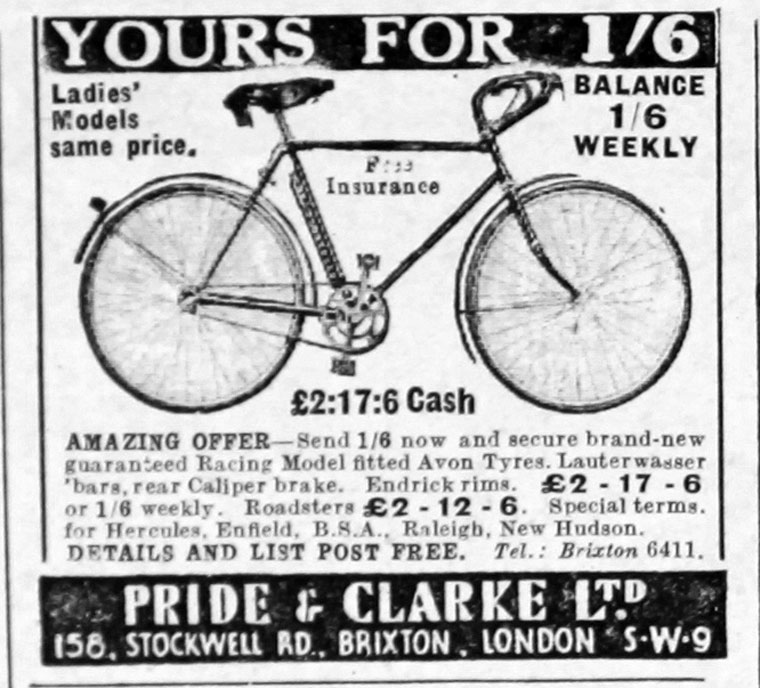 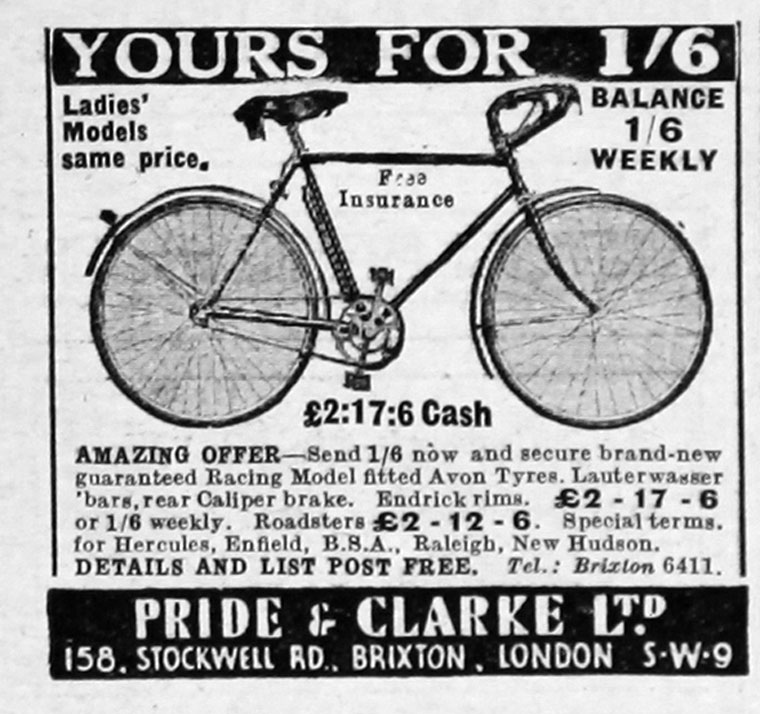 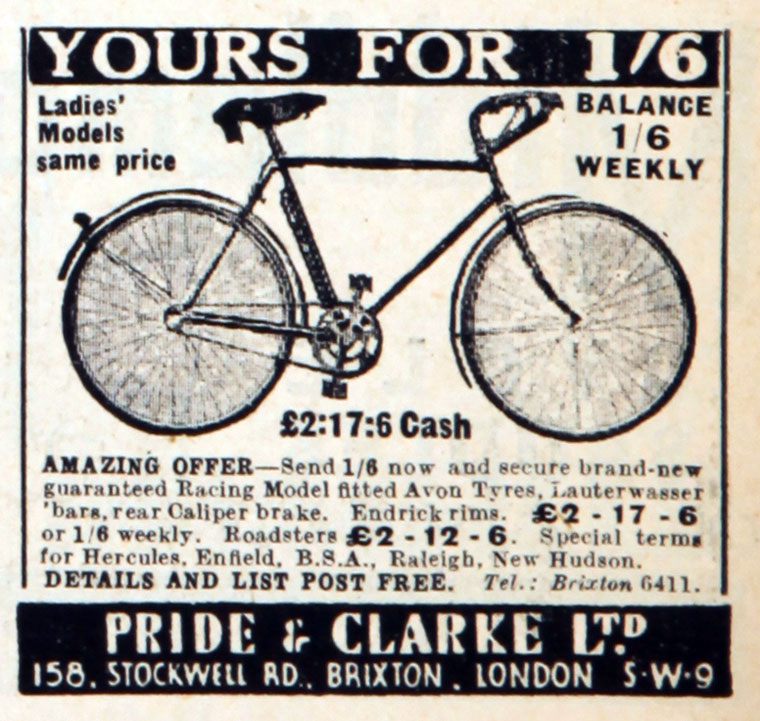 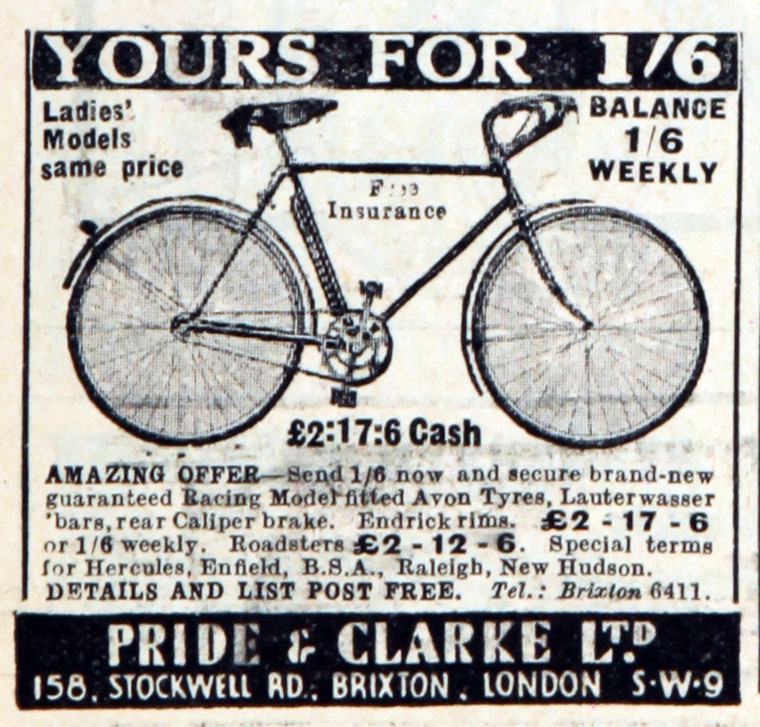 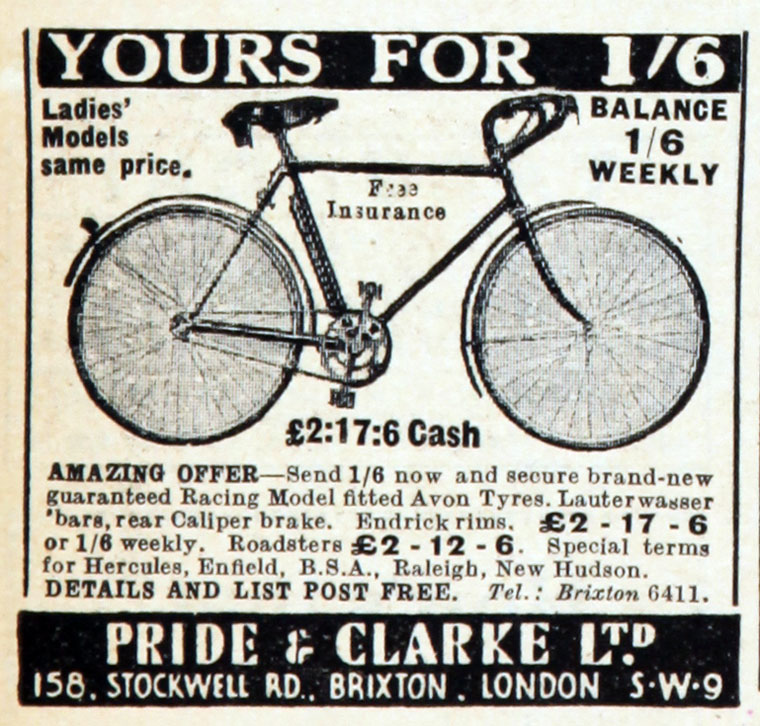 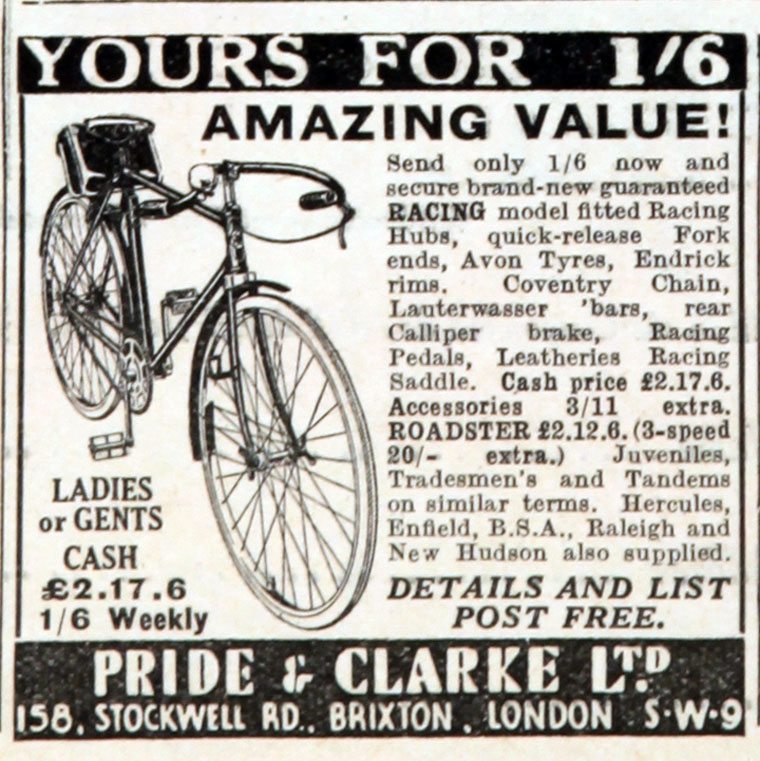 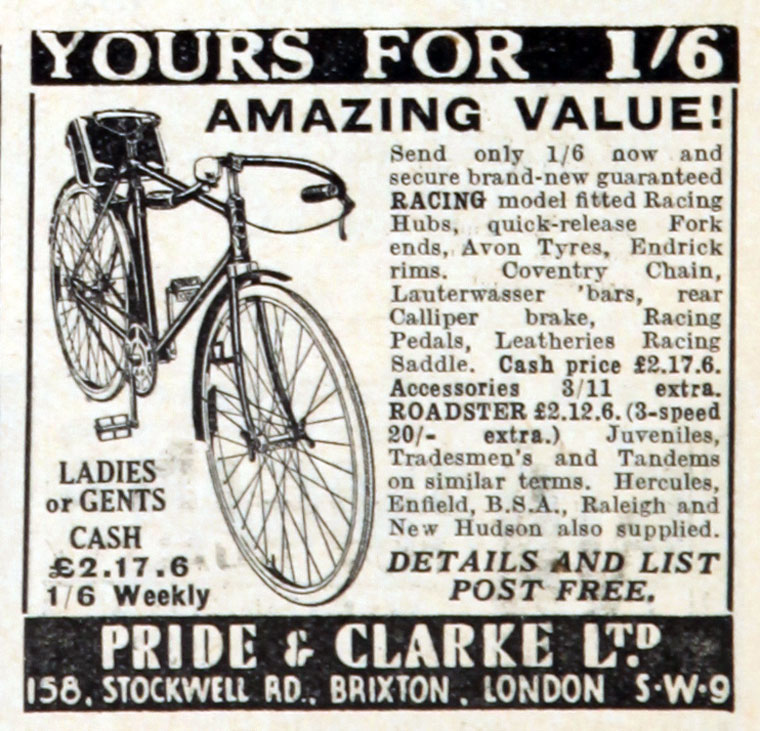 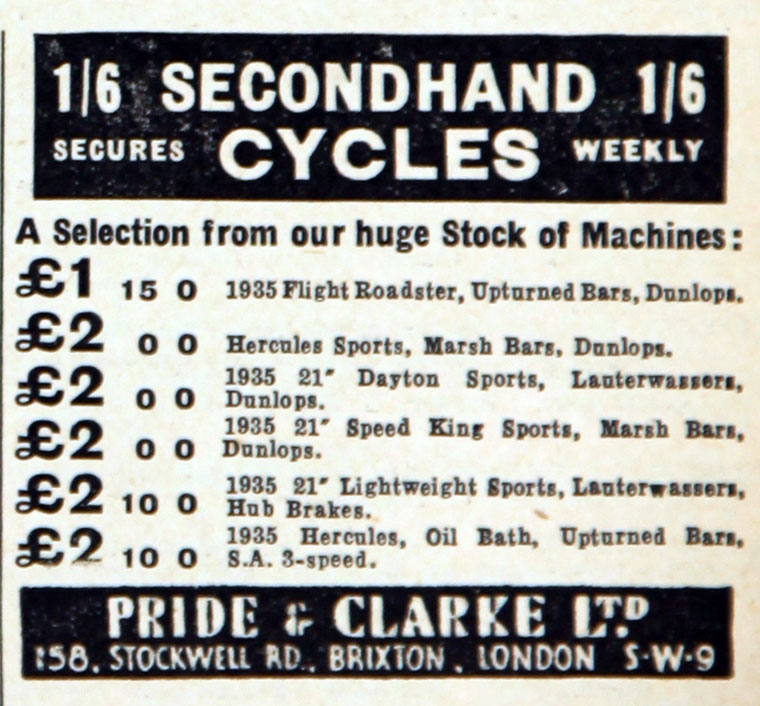 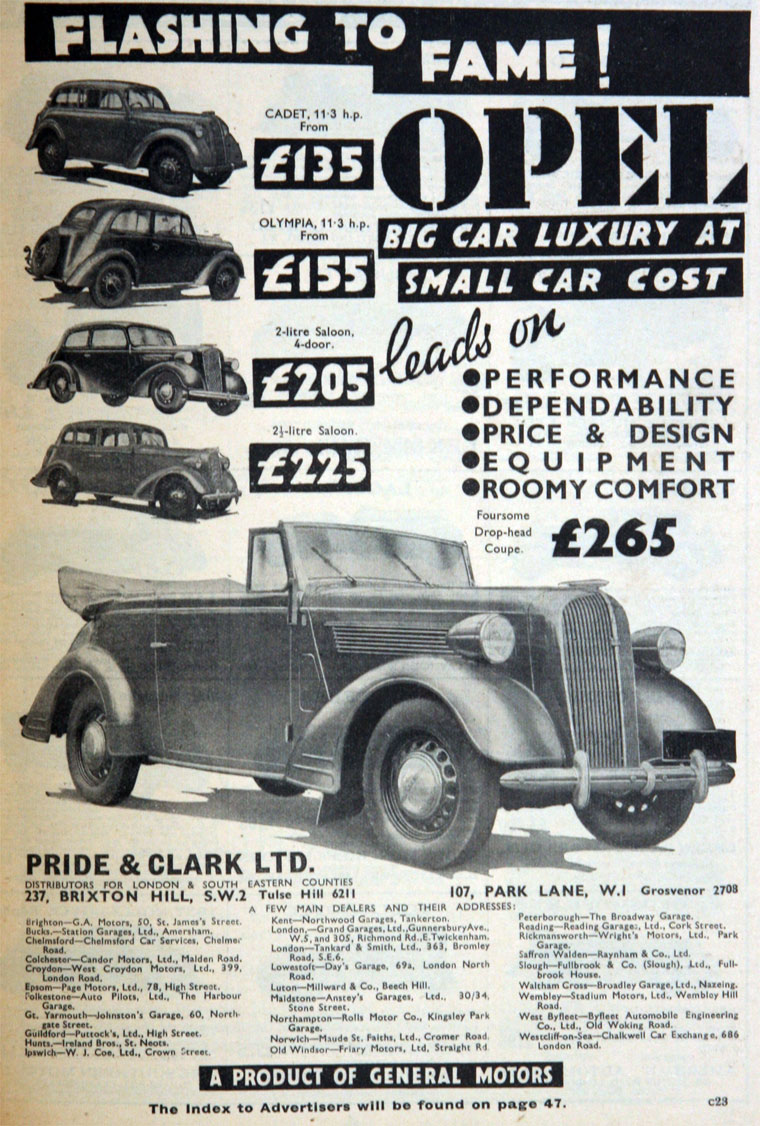 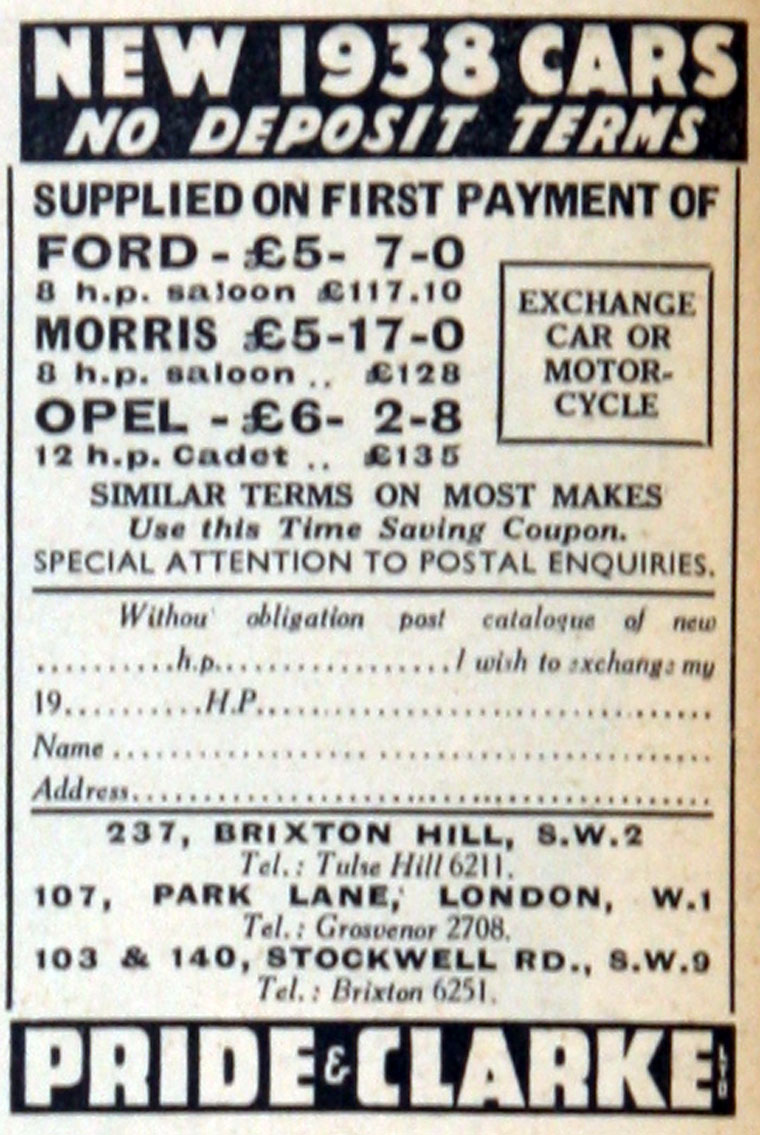 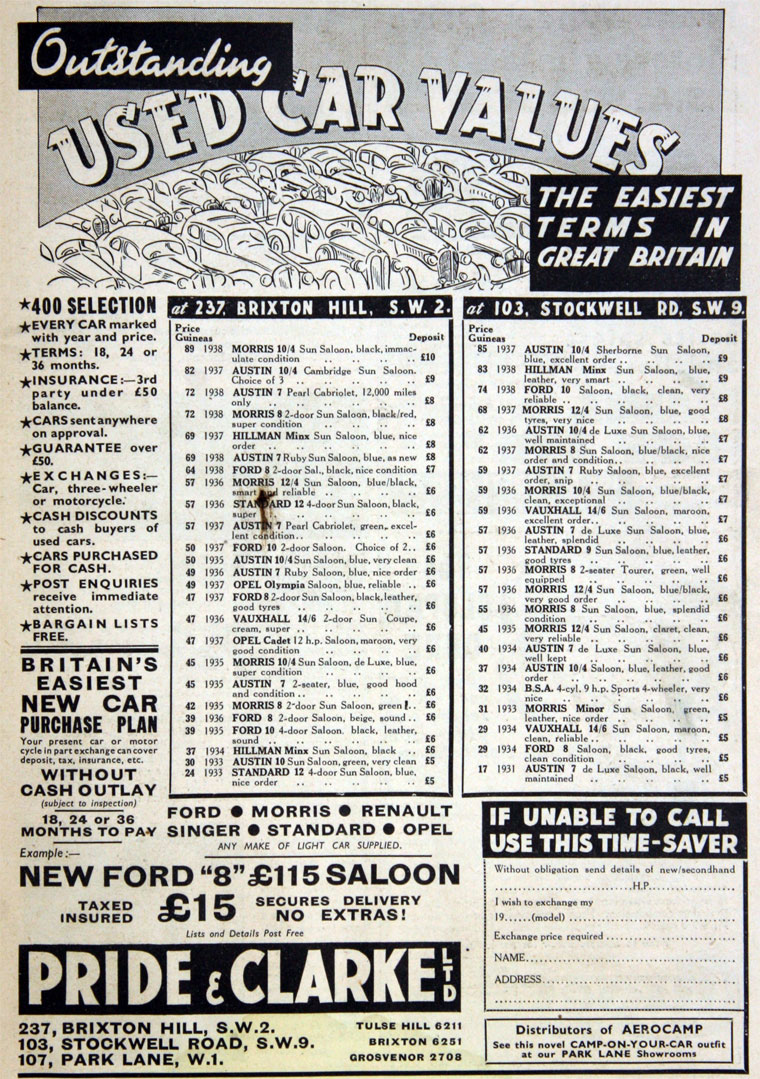 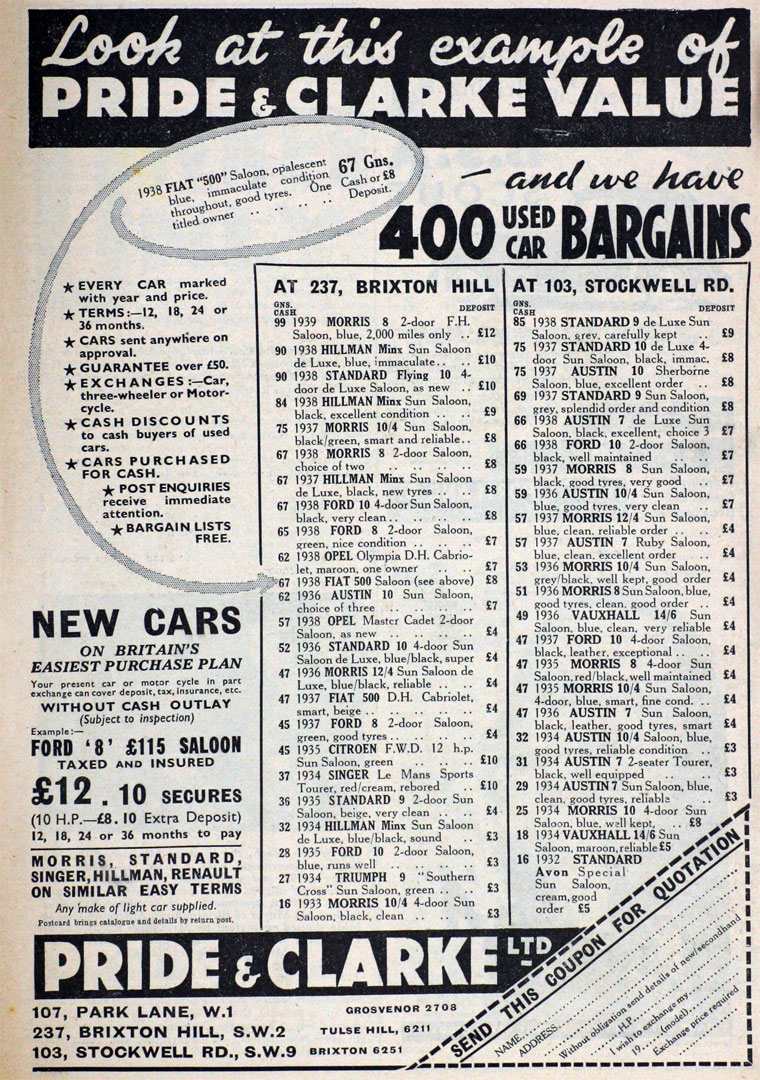 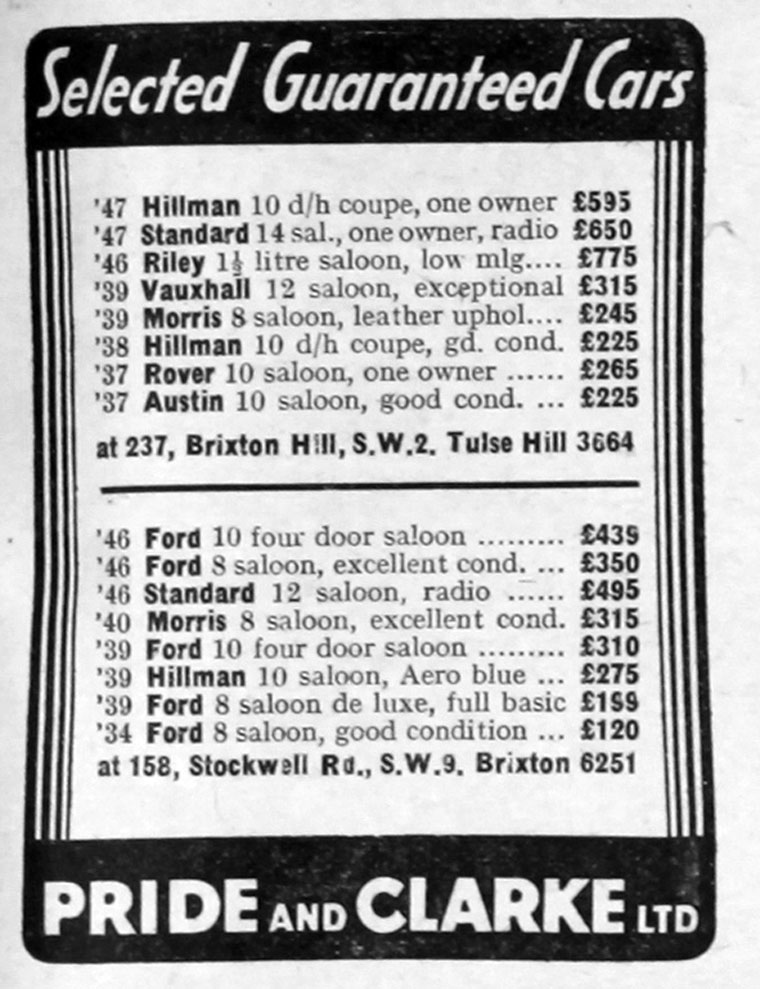 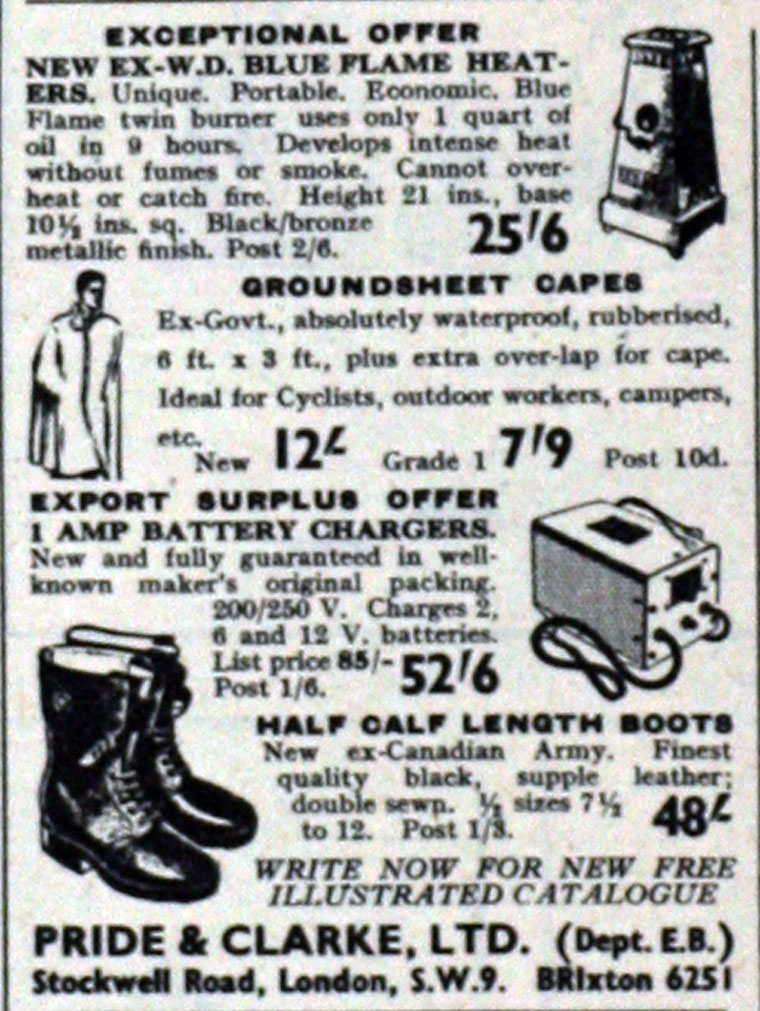 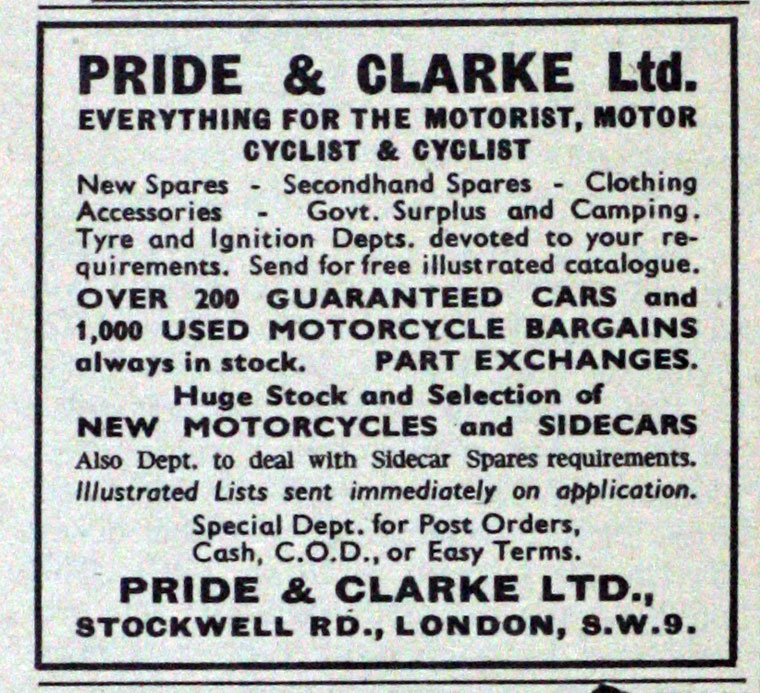 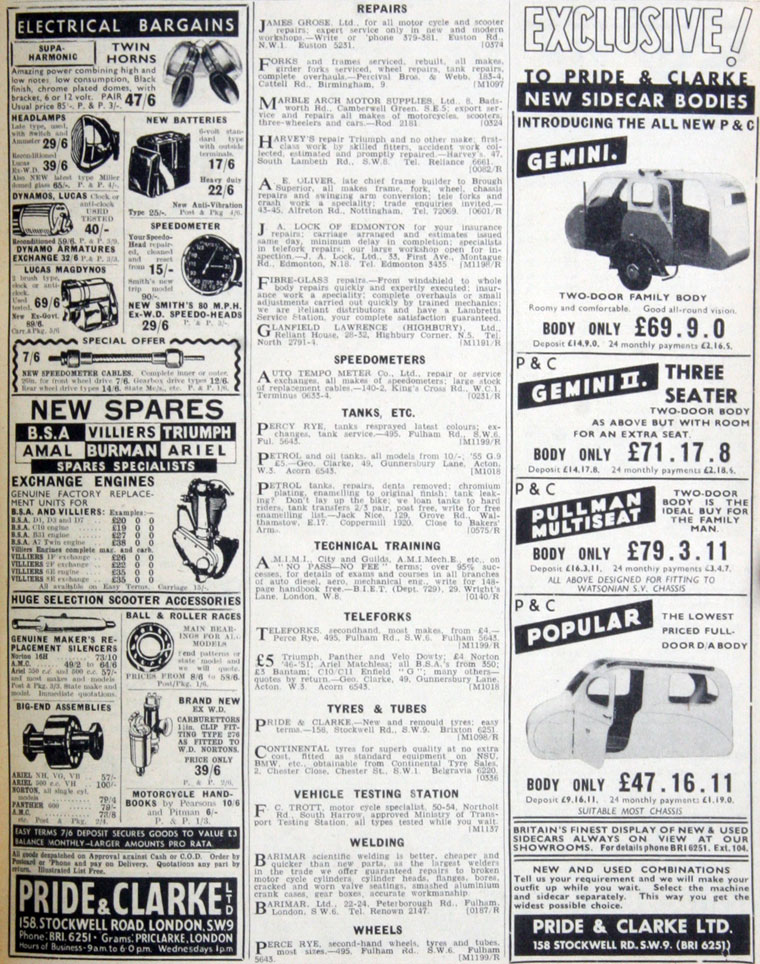 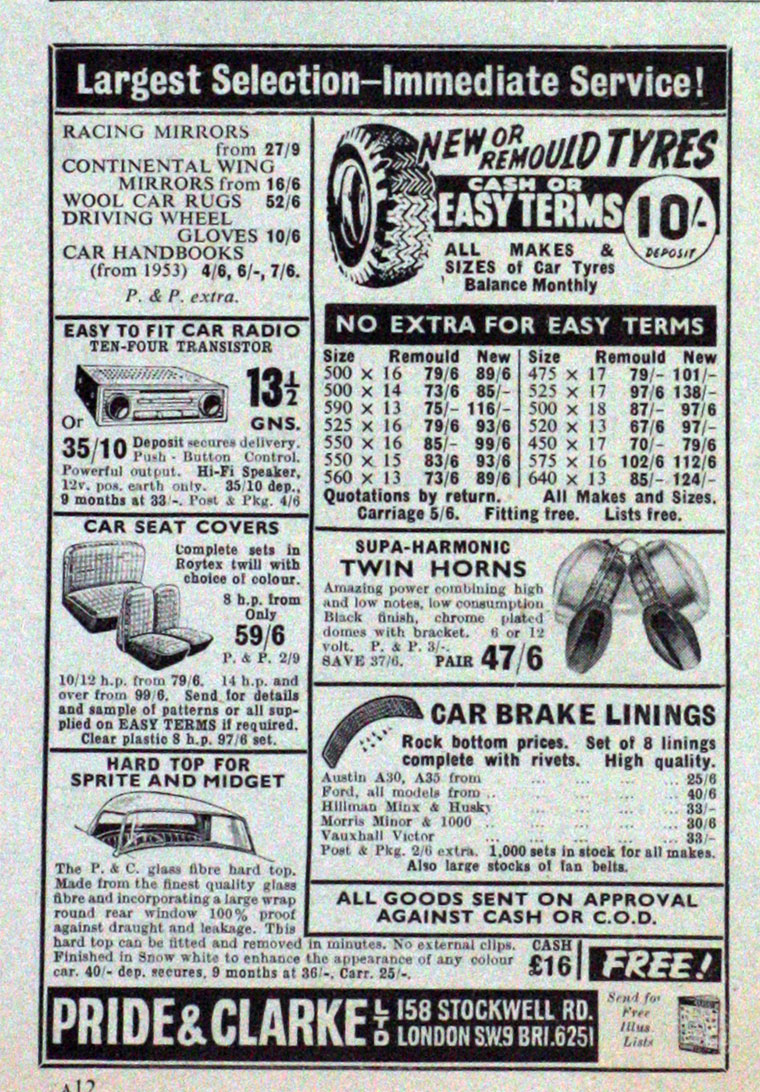 Family-run company in South London which traded as a dealer in motorcycles, spares and accessories.

They were based in Stockwell Road, which runs from Stockwell tube station south-east to Brixton in the SW9 area. As the company grew during the 1960s, they took on many additional premises located in the same road. The company painted the whole front of these shops with their trademark maroon red-coloured paint. This created a surreal effect at street-level, which was exploited in a scene in the Antonioni film Blowup, where David Hemmings was seen driving on the street, with showrooms on both sides of the road which stretched as far as the eye could see. After the company ceased to trade on such a large scale locally, many of the shopfronts remained in alternative ownership, sporting their maroon colours for years afterwards.

Besides selling motorcycles, Pride and Clarke sold cars, three-wheelers and sailing dinghies; plus clothing for motorcycling and sailing. They had counters full of accessories for both two and four wheeled transport.

The firm was famous for its special deals with manufacturers, so that they were able to offer machines at really low prices. Before the Second World War they were best known for the Red Panther, but also AJW and Calthorpe.

1939 they added their own model, a lightweight called the Cub. It was a machine with a 122cc Villiers engine, three-speed gearbox built in-unit, a simple loop frame and blade girder forks. It was only listed for one year.

Post-WWII Many other deals with manufacturers followed the practice introduced pre-War.