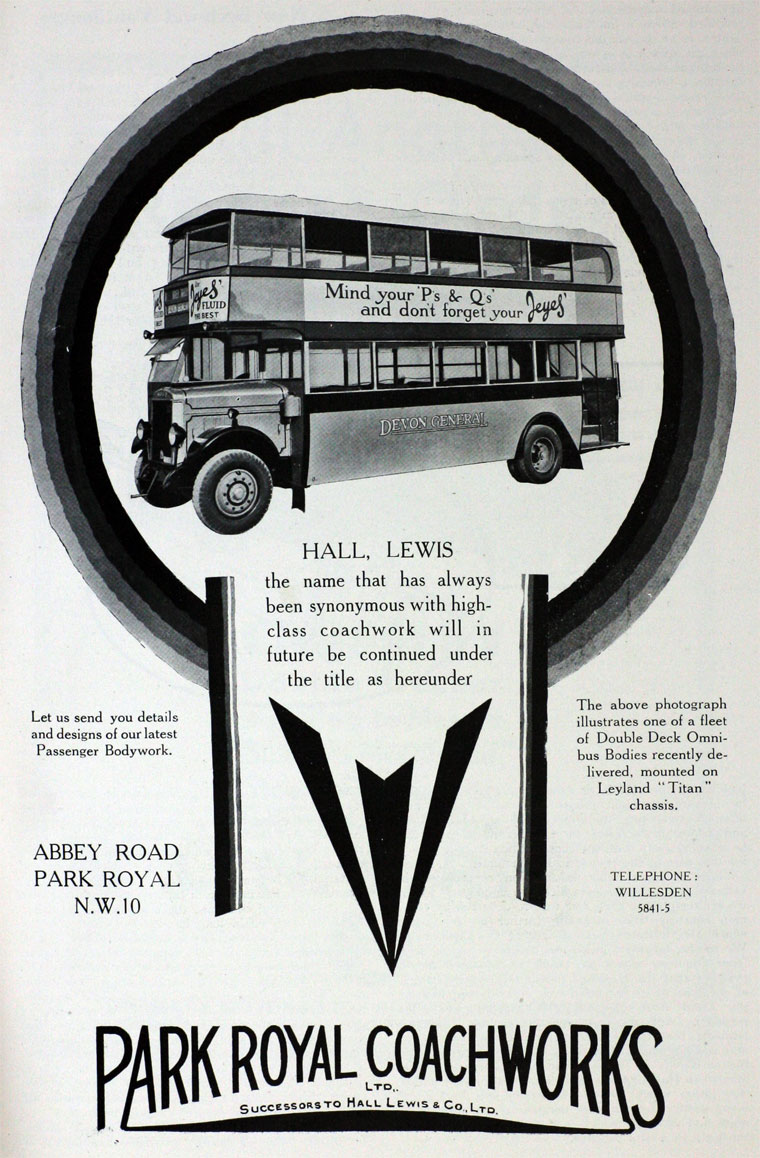 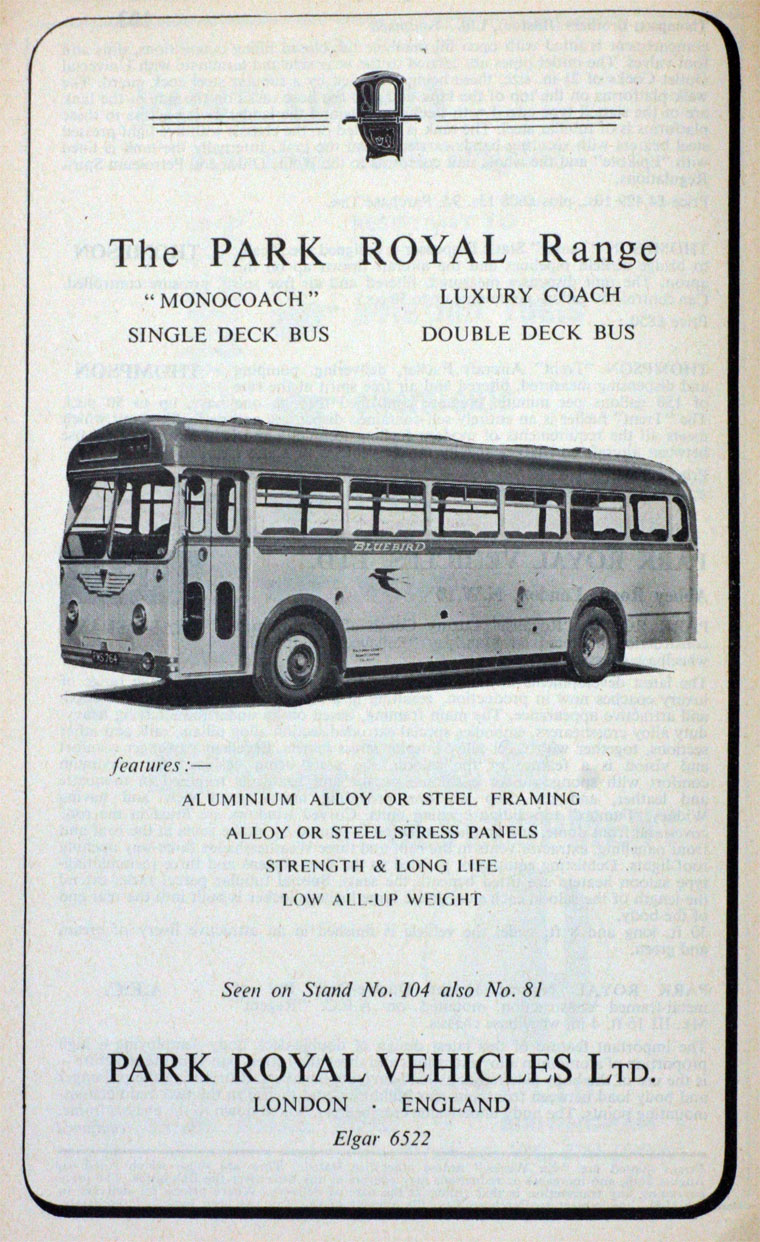 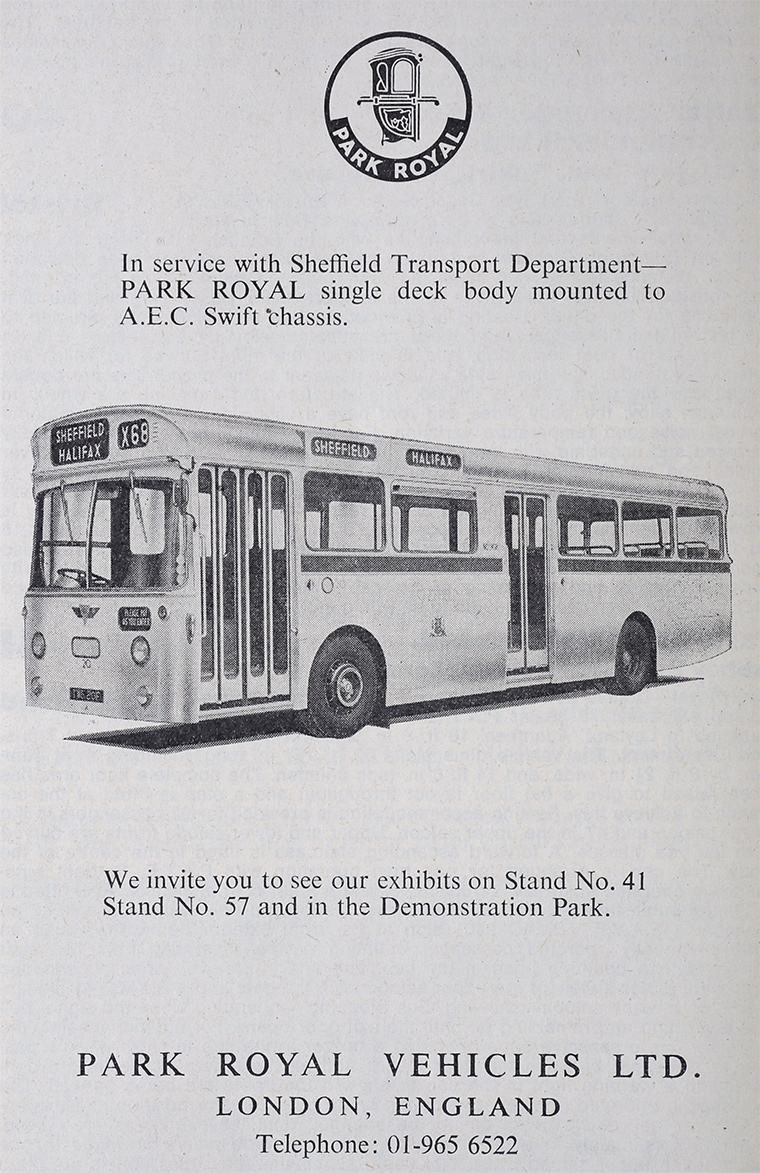 One of Britain's leading coachbuilders

Park Royal was also responsible for many other coachworks and had a vast array of vehicles to its name including the first Diesel London Taxi, a number of railbuses (railway carriages) and WW2 vehicles.

During WW2 it also played a part in the production of Halifax bombers as the outer wings and engine cowlings were built at the Park Royal site.

1948 Park Royal Vehicles had arranged to supply technical information to J. Brockhouse and Co and to Guy Motors as wel as Charles H. Roe to manufacture bodywork to Park Royal's designs[1]

1949 It became part of Associated Commercial Vehicles (ACV) which included AEC (the chassis manufacturer). This formidable combination of AEC and PRV supported the demanding requirements of London Transport and many other major fleet owners and operators. The famous Routemaster bus was built at Park Royal.

1965 As part of an agreement with Leyland Motor Corporation, the Transport Holding Co acquired just under 30 percent of Park Royal Vehicles[3]