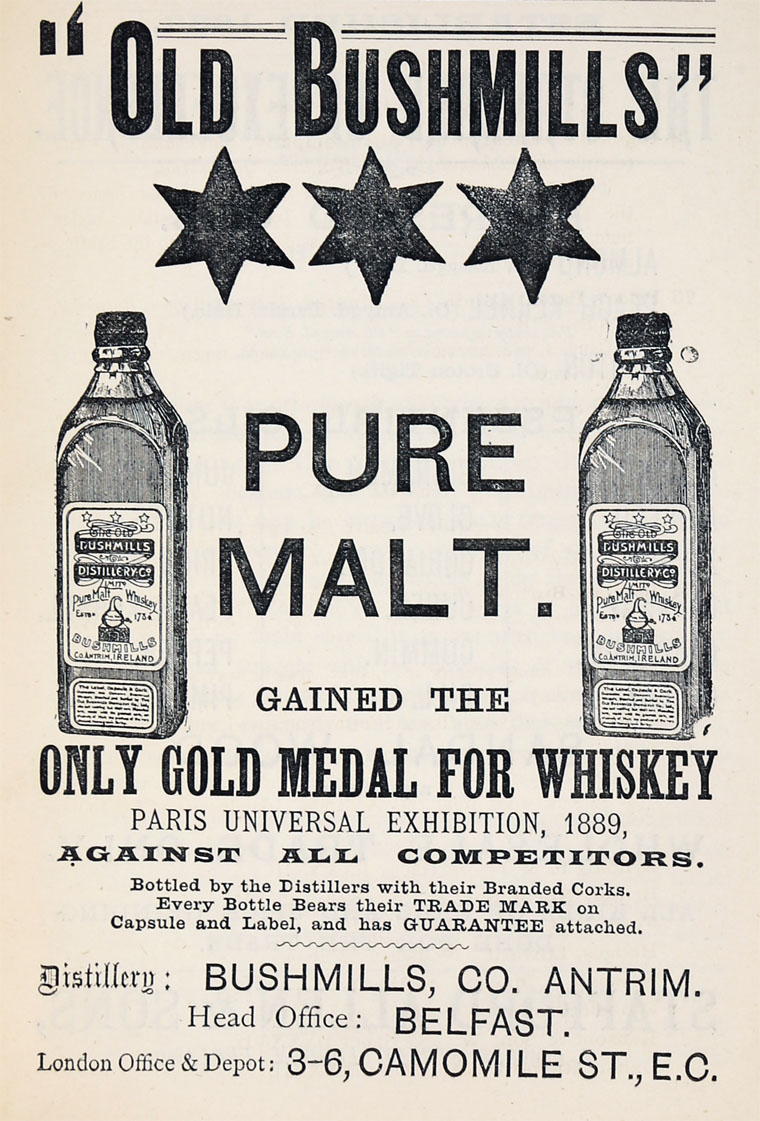 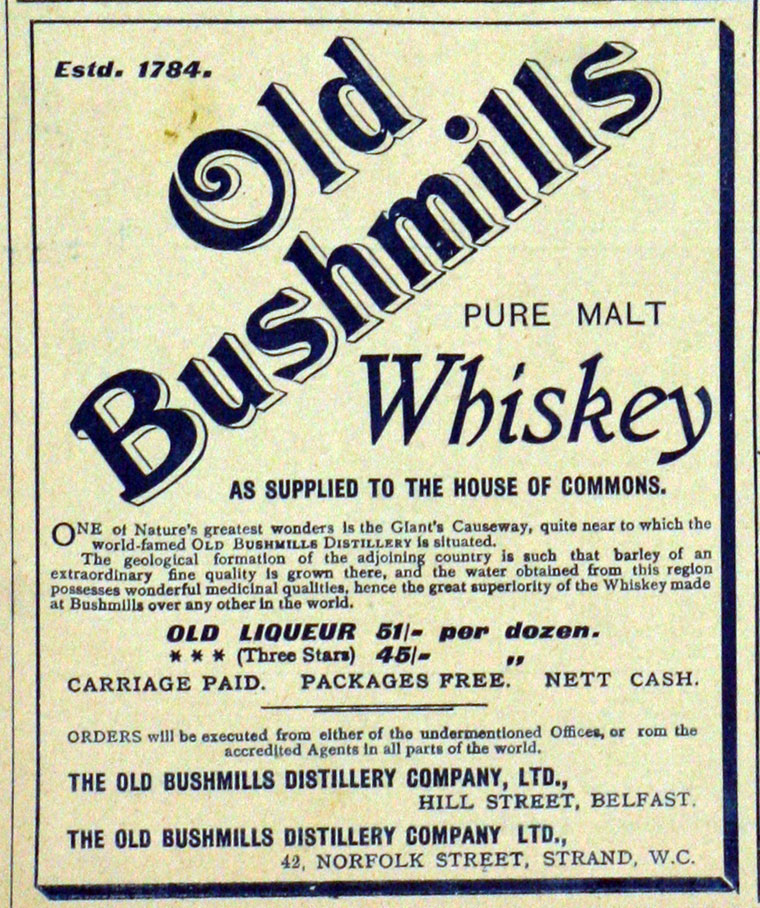 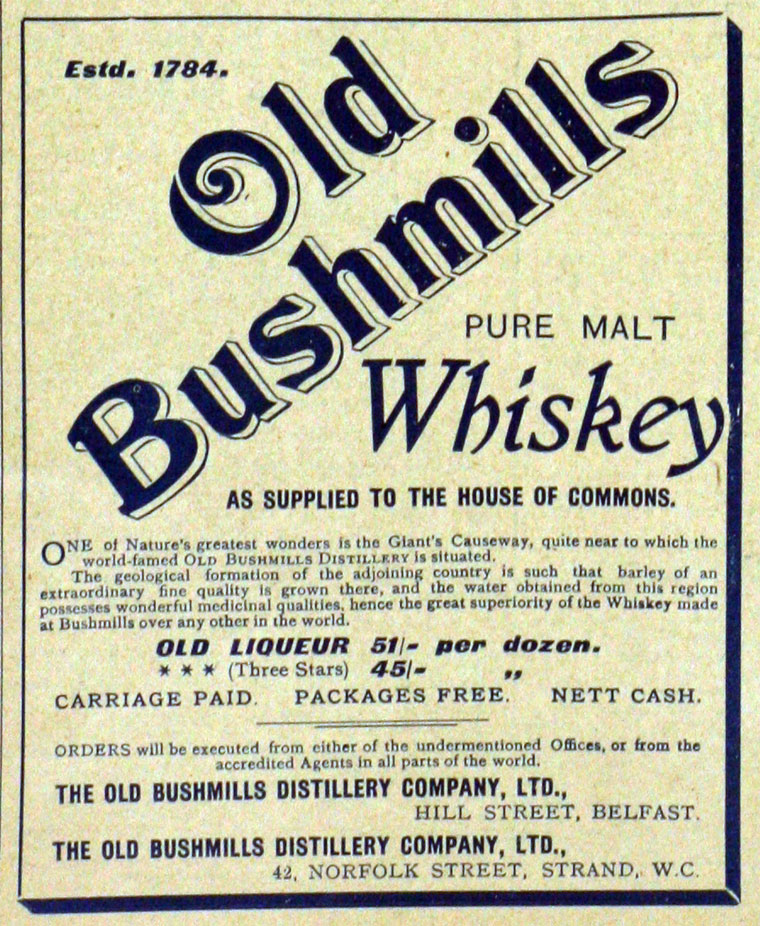 The Old Bushmills Distillery is the oldest licensed whiskey distillery in the world. It is owned by drinks giant Diageo.

Bushmills is produced, matured, and bottled on site at the Bushmills Distillery in Bushmills, County Antrim, Northern Ireland. As well as producing the world famous Bushmills whiskey, the distillery is a popular tourist attraction, and has around 110,000 visitors per year.

Despite a lack of historical evidence, it is believed that troops of King Henry II enjoyed the taste of Bushmills some 400 years before the distillery became officially licensed in 1608 by King James I.

In 1784 the Bushmills Distillery became an officially registered company.

From 1740 to 1910 Irish emigrants to the USA spread the word of Bushmills, and it soon became a huge success at international spirit and whiskey competitions.

In the early 1900s the USA was a very important market for Bushmills (and other Irish Whiskey producers).

Prohibition in 1920 came as a large blow to the Irish Whiskey industry, but Bushmills managed to survive. Wilson Boyd, Bushmill's director at the time, predicted the end of prohibition and had large stores of Whiskey ready to export.

After the Second World War the distillery was bought by Isaac Wolfson.

In June 1988, Irish Distillers was bought over by Pernod Ricard.