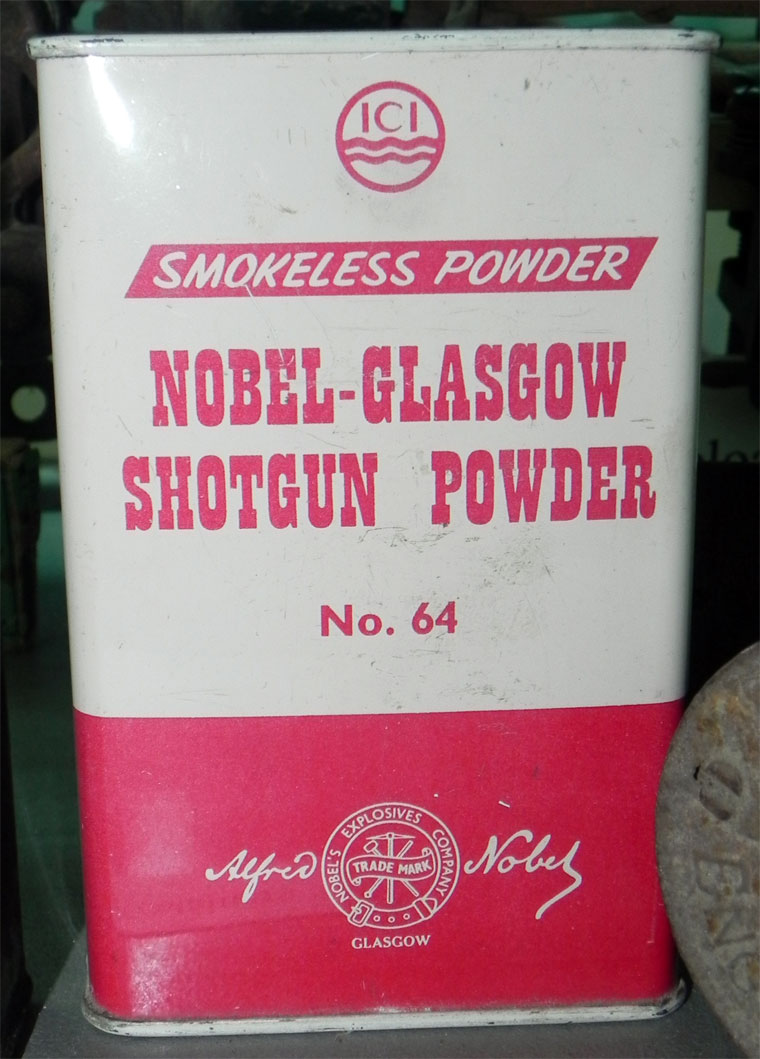 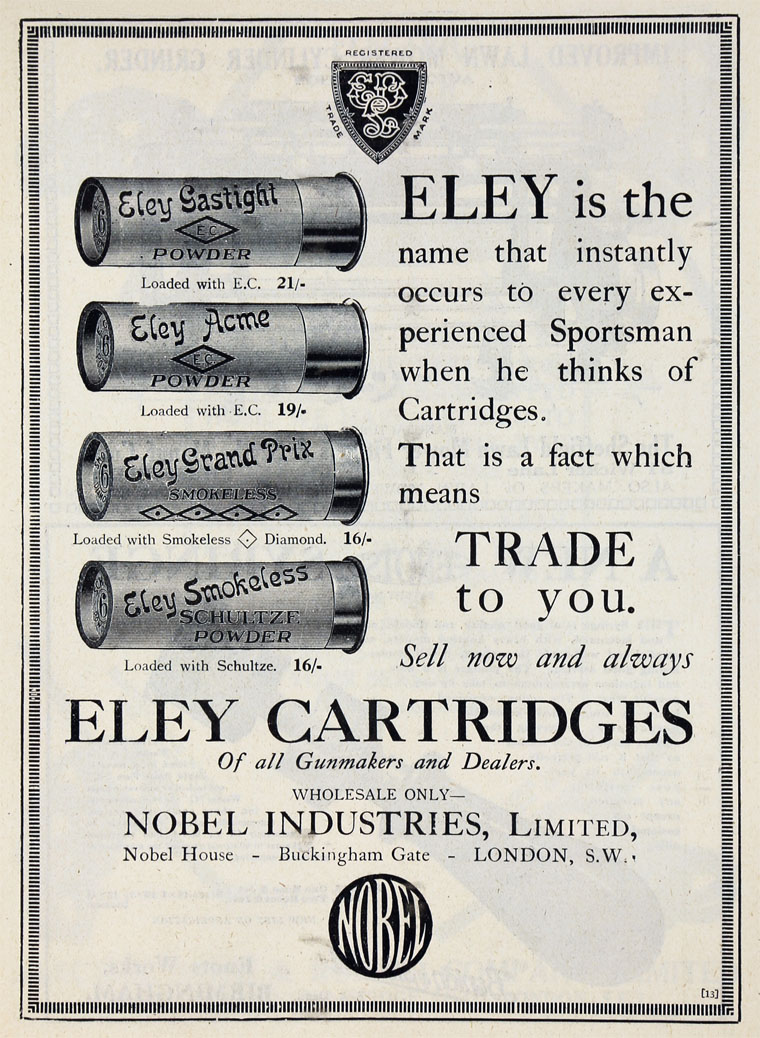 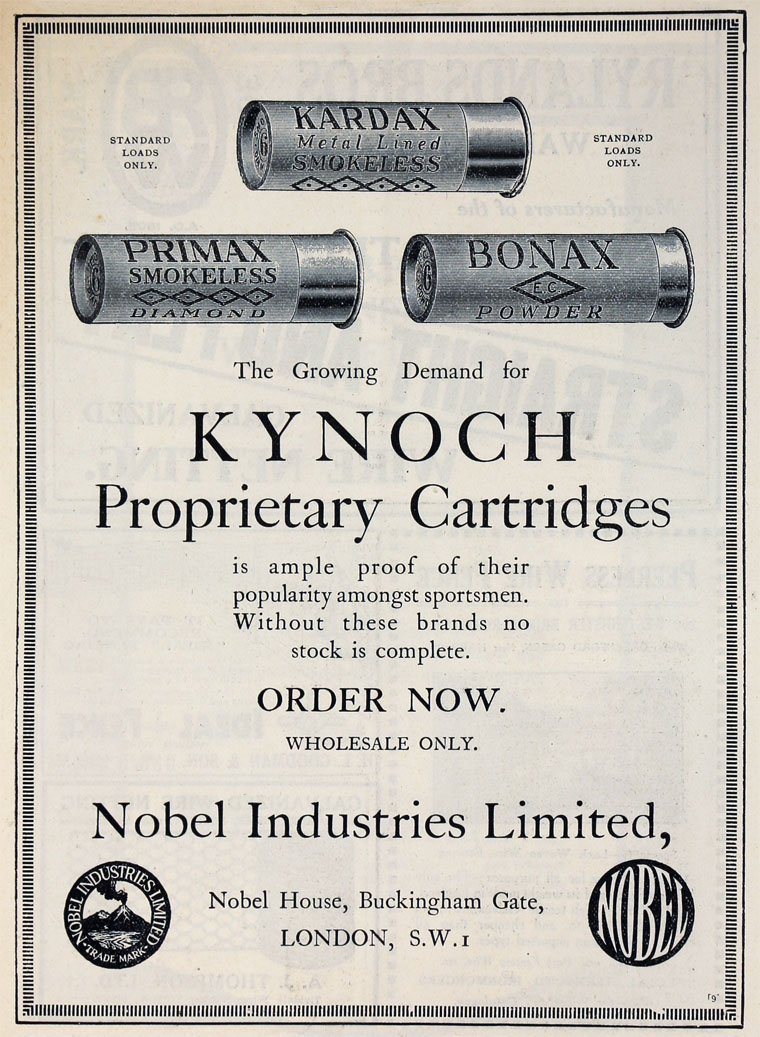 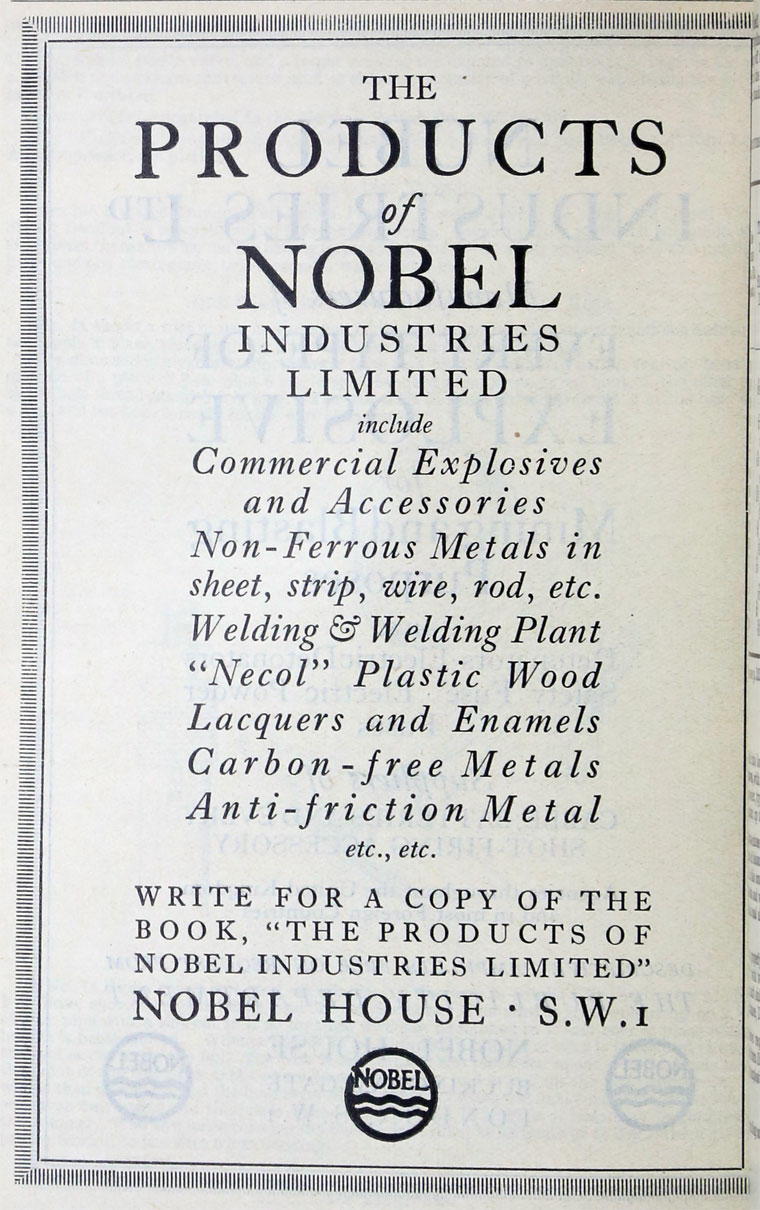 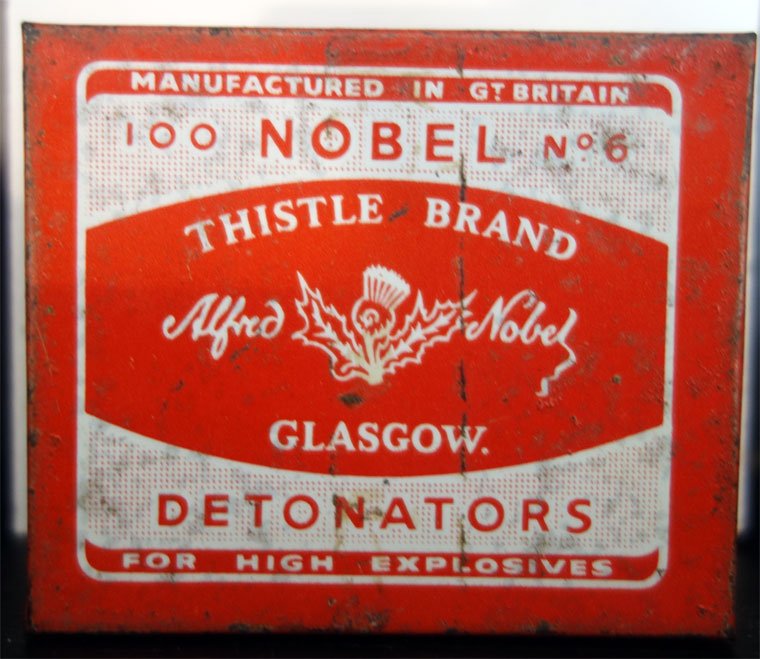 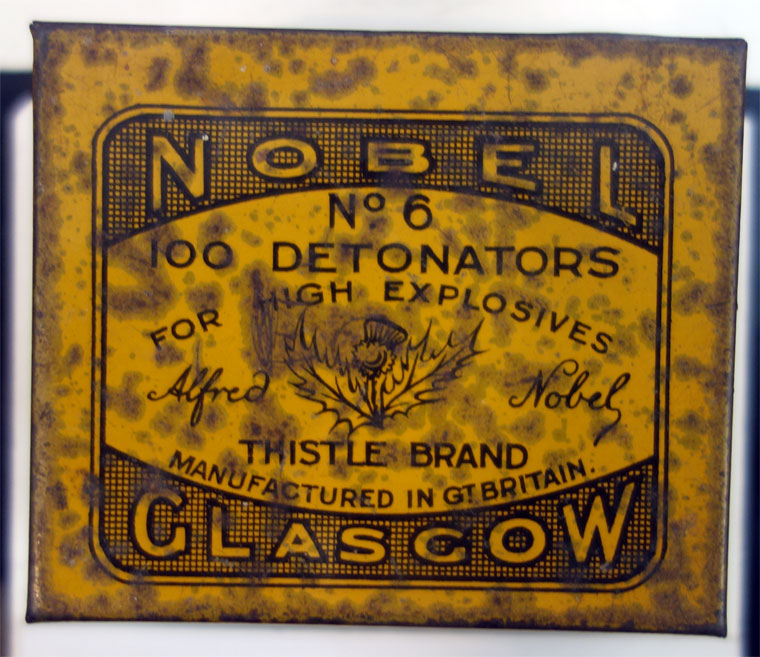 Nobel Industries Limited was a major explosives business, established in Scotland by Alfred Nobel, chemist and industrialist, the inventor of dynamite and founder of the annual Nobel Prizes.

1863 After returning from abroad, where he trained as a chemical engineer, Nobel, concentrated on developing nitroglycerine as an explosive. After his brother, Emil, was killed the same year in a nitroglycerine explosion, experimentation with explosives was made illegal in Stockholm.

Within a few years of the explosion, and his subsequent experiments outside Stockholm, Alfred Nobel had developed dynamite, a stable mixture of nitroglycerine and diatomaceous earth.

1871 Nobel established the British Dynamite Co. Its first factory was at Ardeer, on the coast of Ayrshire.

1873 The manufacture of nitroglycerin and dynamite started at Ardeer.

1877 The name of the company was changed to Nobel's Explosives Co. The business went on to diversify into other explosive products developed and patented by Alfred Nobel, including blasting gelatine, gelignite, ballistite, guncotton, and cordite. At its peak, the factory was employing nearly 13,000 workers. The business grew by exporting to overseas markets, mainly in the colonies.

1886 The Nobel-Dynamite Trust Co was formed in London by merging Nobels' German company and Nobel's Explosives Co. This company bound together some of Nobel's companies by cross-shareholdings, profit pooling, and market-sharing agreements. Another holding company was formed later to bring together the others.

1896 Alfred Nobel died, leaving a fortune that was to be used for prizes in Physics, Chemistry, Physiology or Medicine, Literature and Peace.

1896 Birmingham Small Arms and Metal Company sold the part of its business of manufacturing ammunition, together with the property used for this purpose at Adderley Park and Streetly, to the Directors of the Nobel-Dynamite Trust Limited, who formed a new company to take over the works in question, under the title of the Birmingham Metal and Munitions Co.

1900 The Nobel's Explosives Company Ltd was registered on 27 December, to take over the properties of a company of the same name. [1]

WWI: The Nobel–Dynamite Trust was broken up at the outbreak of war. Harry McGowan (1874–1961), a career manager of Nobel's Explosives, used the opportunity to engineer a merger of almost the entire British explosives industry.

1918 Explosives Trades Ltd was formed to bring together the UK explosives industry into one entity; 29 companies would exchange shares with the new company:

Sir Harry McGowan of Nobel's was to be chairman and managing director of Explosives Trades Limited[3].

1920 The name of Explosives Trades was changed to Nobel Industries, to reflect the widening of its industrial interests. [4]

1924 The main business was in making blasting explosives; next most important was the metals business which included ammunition, the Sunbeam cycle and motor-cycle business, Amac carburettors, and Rotax motor accessories; in addition there were various industrial holdings[5].

1932 Incorporated in the new ICI (Explosives) which would include 11 companies controlled by ICI[6].

ICI Ardeer was commonly known locally as the 'factory'. At the time the company generally provided higher quality employment regarding terms and conditions and pension rights than other local firms. The Ardeer site was almost like a community; so many people were employed there that a bank, travel agent and dentist were at one time based on the site. The former Western Scottish Bus Company provided tens of buses per day to transport the workers to and from the site, and until the mid 1960s there was even two trains per day to transport workers to a station within the factory. In the late 1960s construction began on a nylon and nitric acid plant but this had a short life, closing down just 12 years later.

2002 The division, now named Nobel Enterprises, was sold to Inabata.