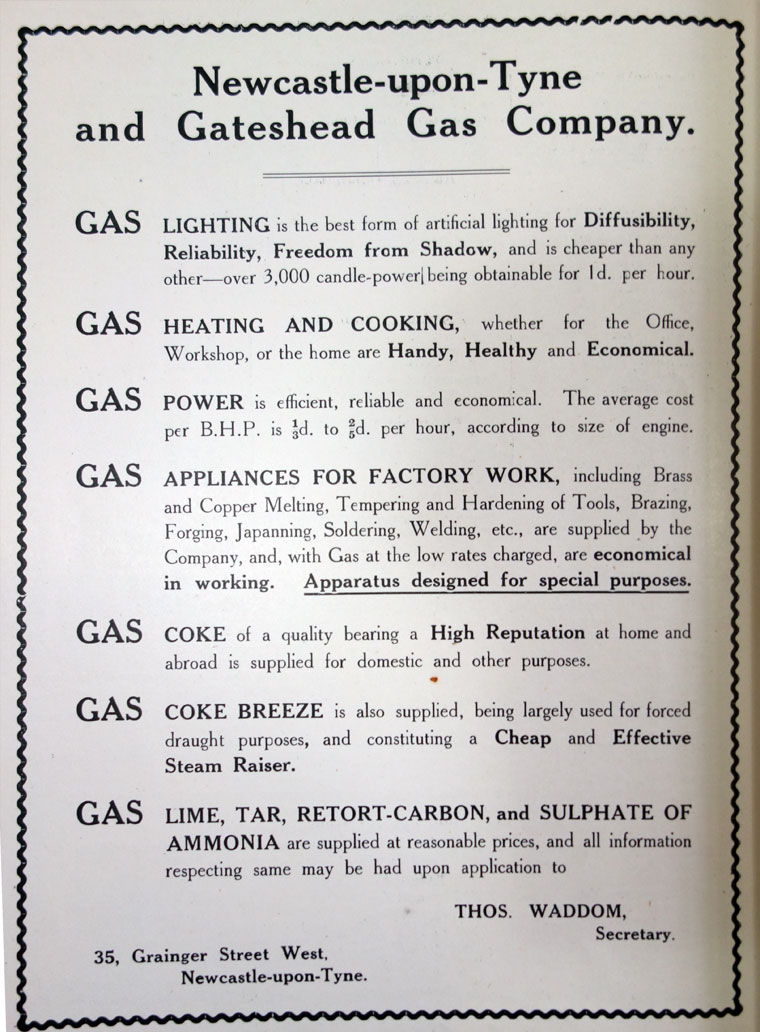 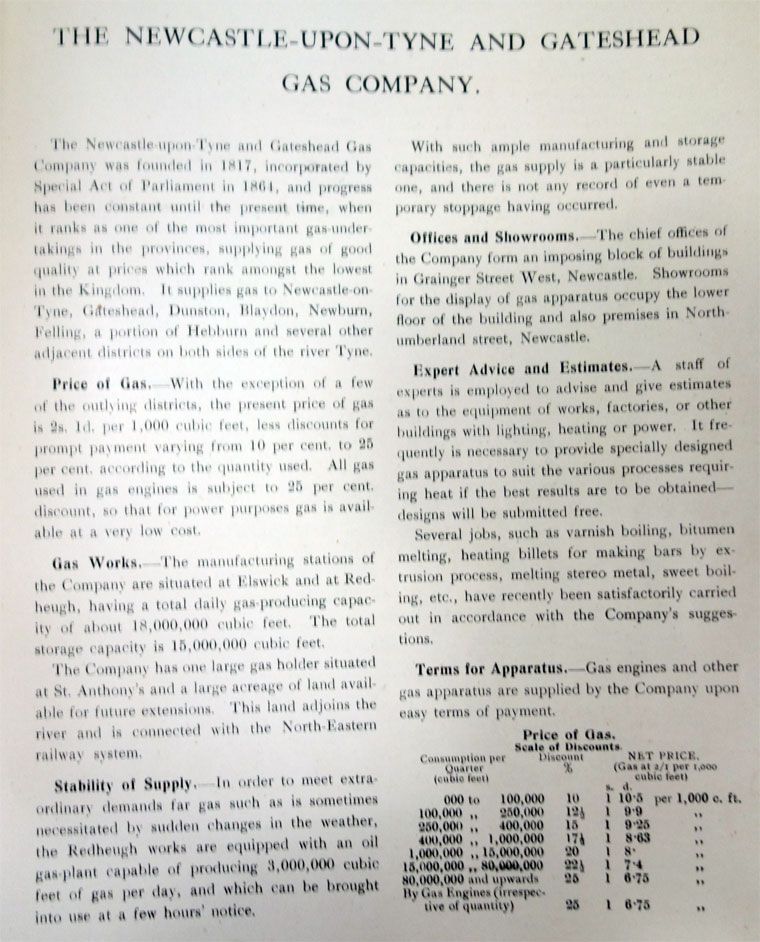 1864 The Elswick gasworks was opened.

1916 a further Act of Parliament allowed the company to extend its limits to meet demand in newly urbanised areas.

1949 On nationalisation the undertaking was vested in the Northern Gas Board.