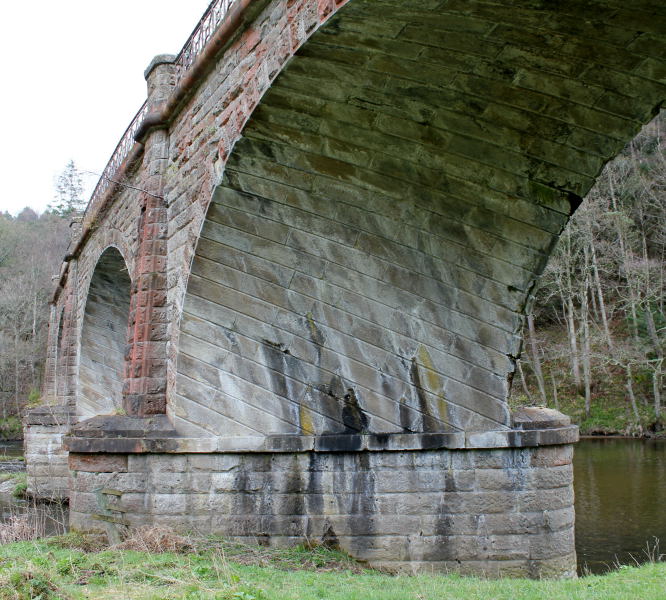 The tunnel is largely brick-lined

This is a very fine masonry viaduct crossing the River Tweed in an attractive location just west of Peebles.

Built in 1863 for the Symington, Biggar and Broughton Railway (Caledonian Railway from 1866) and opened in February 1864. Designed by Bruce and Cunningham, Edinburgh Consulting Engineers. William Scott of Kilmarnock was the contractor. The Resident Engineer, Robert Murray, undertook the detailed design of the complex masonry.

It has eight skewed arches, and is built on a curve. The parapets are topped by delicate cast iron railings.

The trackbed is now used as part of a heritage trail.

The viaduct is under threat from vegetation growing in masonry joints.

See CANMORE entry for more information, including a map.

There is a tunnel immediately east of the viaduct (see photos), and two other old bridges nearby to the south west: Old Manor Brig or Roman Bridge, and Manor Bridge.