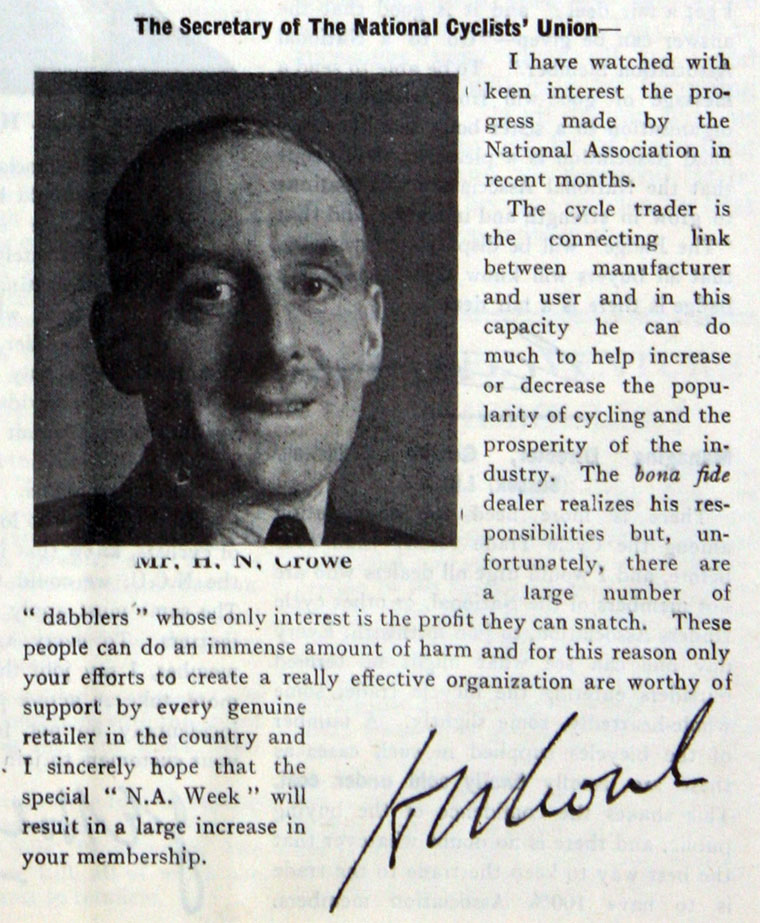 The Bicycle Union was renamed the National Cyclists' Union in 1883.

It banned all cycle racing on public roads in 1890, and – with the exception of the organisation of time trials (run by the Road Time Trials Council, formed in 1922 as the Road Racing Council) and of distance and place-to-place record attempts (overseen by the Road Records Association) – the NCU ran British cycle racing unchallenged until 1942.

While several summer Olympic and world championship road races had been run as individual time trials, the UCI decided in 1933 that all championships would be massed-start events. As a result, the NCU organised its 1933 world championship trial as a circuit race at Brooklands near Weybridge in Surrey. This and Donington Park in the north Midlands remained the sole venues for massed start racing, including British National Road Race Championships, on mainland Britain until 1942, along with the Snaefell Mountain Course on the Isle of Man.

In 1942, West Midlands cyclist Percy Stallard organised a massed-start road race from Llangollen to Wolverhampton and was banned for life by the NCU. He helped formed the British League of Racing Cyclists as a rival to the NCU.

The rivalry with the NCU ended in 1959 when the two organisations merged to form the UCI-recognised British Cycling Federation.