Grace's Guide is the leading source of historical information on industry and manufacturing in Britain. This web publication contains 148,354 pages of information and 233,846 images on early companies, their products and the people who designed and built them. 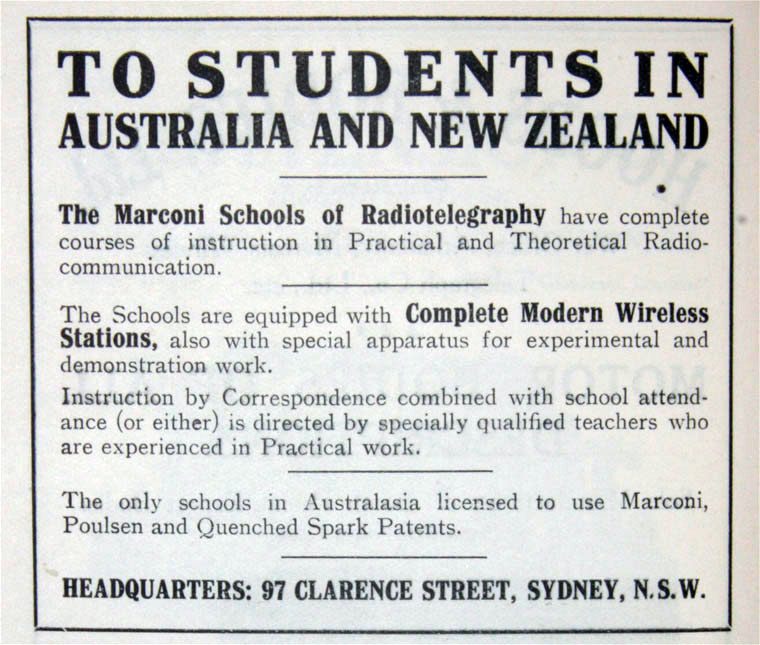 1913 The Marconi Telefunken College of Telegraphy opened in Australia on the 8th of August 1913, soon after the demonstration of the power of radio in saving lives at sea during the Titanic disaster.

1914, on 4th of August the name was changed to the Marconi School of Wireless

It was run by Amalgamated Wireless Australia Ltd in Sydney.