Grace's Guide is the leading source of historical information on industry and manufacturing in Britain. This web publication contains 143,833 pages of information and 230,107 images on early companies, their products and the people who designed and built them. 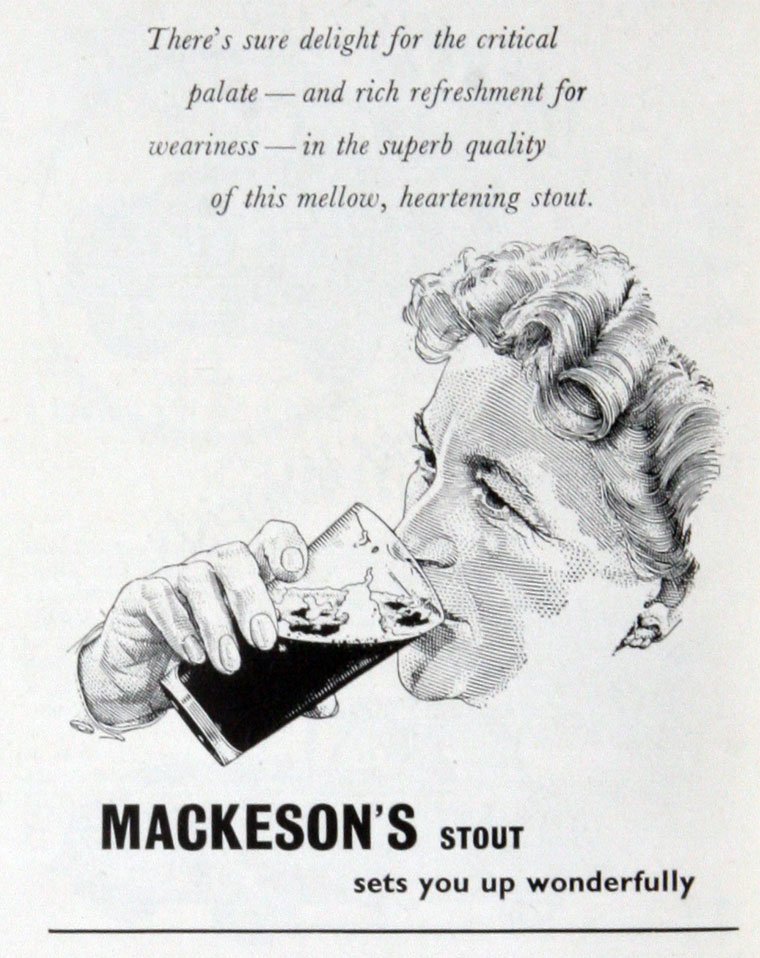 Mackeson's is a dark sweet beer. It is one of the few surviving examples of an old southern English style of sweet stout also known as milk stout, so-called because it contains lactose, a sugar derived from milk.

1801 Henry and William Mackeson inherited a brewery in Hythe, Kent.

1920 Mackesons acquired by H. and G. Simmons of Reading.

1929 Company acquired by Jude, Hanbury and Co, a Kent brewer.

1920s Whitbread then acquired the brand, eventually turning it into the market leader for a low ABV sweet dark beer.

1960 Half the sales of Whitbread were of Mackesons sweet stout.

There are currently three versions of the stout:

United Kingdom - In Britain the beer is now brewed "under supervision" of Whitbread by InBev (formerly Interbrew), who in turn have commissioned Youngs to brew the beer at the Ram Brewery, London. The Mackeson recipe itself is touted as being around since 1801, although milk beer wasn't patented until 1875. The British version is 3.75% abv and is available in 330ml cans or 275ml bottles.